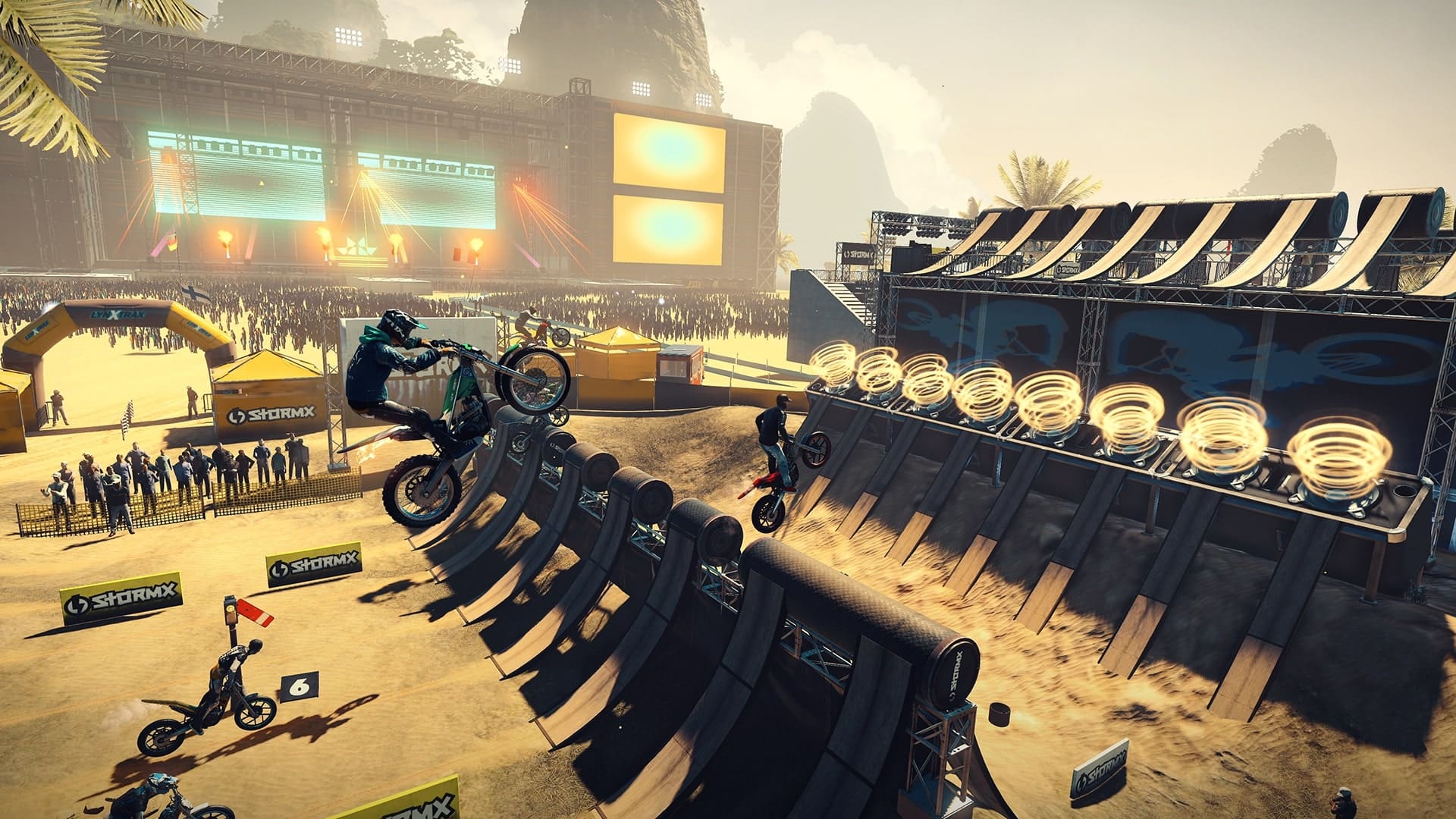 Trials Rising is the latest in the series and claims to be the ‘most ambitious to date’ with thousands of customisation options, plenty of iconic locations and numerous contracts to partake in and Ubisoft are not wrong. The game begins with a fairly ‘out there’ track, a brief introduction to the controls and ultimately, your end goal; performing in front of a crowd of thousands, being a superstar and becoming ‘the next Trials Champion’. To become the next Trials Champion, first, you must get your application in for the Trials Rising Championship. This is basically you creating your character, with only limited options to choose from. You choose your gender, your skin colour and which voice you would rather have out of three. The game has quite extensive customisation options in the form of items of clothing, rider animations and bike customisation, unlocked through completing contracts and unlocking gear crates. Change the look of anything from your helmet to your boots, from your wheels to the colour of them. Yes, Trials Rising has now introduced loot boxes. Personally, I’m a fan of loot boxes as long as you can earn them quite comfortably in-game and if they only give you cosmetic items. You will earn a substantial amount of Gear Crates through just playing the game, you unlock 1 every time you level up so you earn them easily.

One thing I really like about Trials Rising compared to the other Trials games is that there are tutorials that help you throughout the entirety of the game. This is done through what’s called the University of Trials and this helps you progress and learn new techniques as you progress through the game through tutorial stages, so whether that be learning the basics of riding the bike to even learning about Mid-Air Rotation, it’s really helpful. It’s one of those things that you never knew you needed until you had it.

Ubisoft has introduced many new features into Trials Rising and honestly, it makes the game feel more like a AAA title more than an Indie one like the last few games. We have already discussed the customisation and the Gear Crates but you now also have Sponsors. These sponsors unlock new contracts for you to complete; like completing a certain track with a certain number of faults, complete those contracts and you can unlock some cool rewards. Another cool new feature is the addition of a brand new bike; the Tandem, two riders with 50% control each. It can be both hilarious and infuriating. 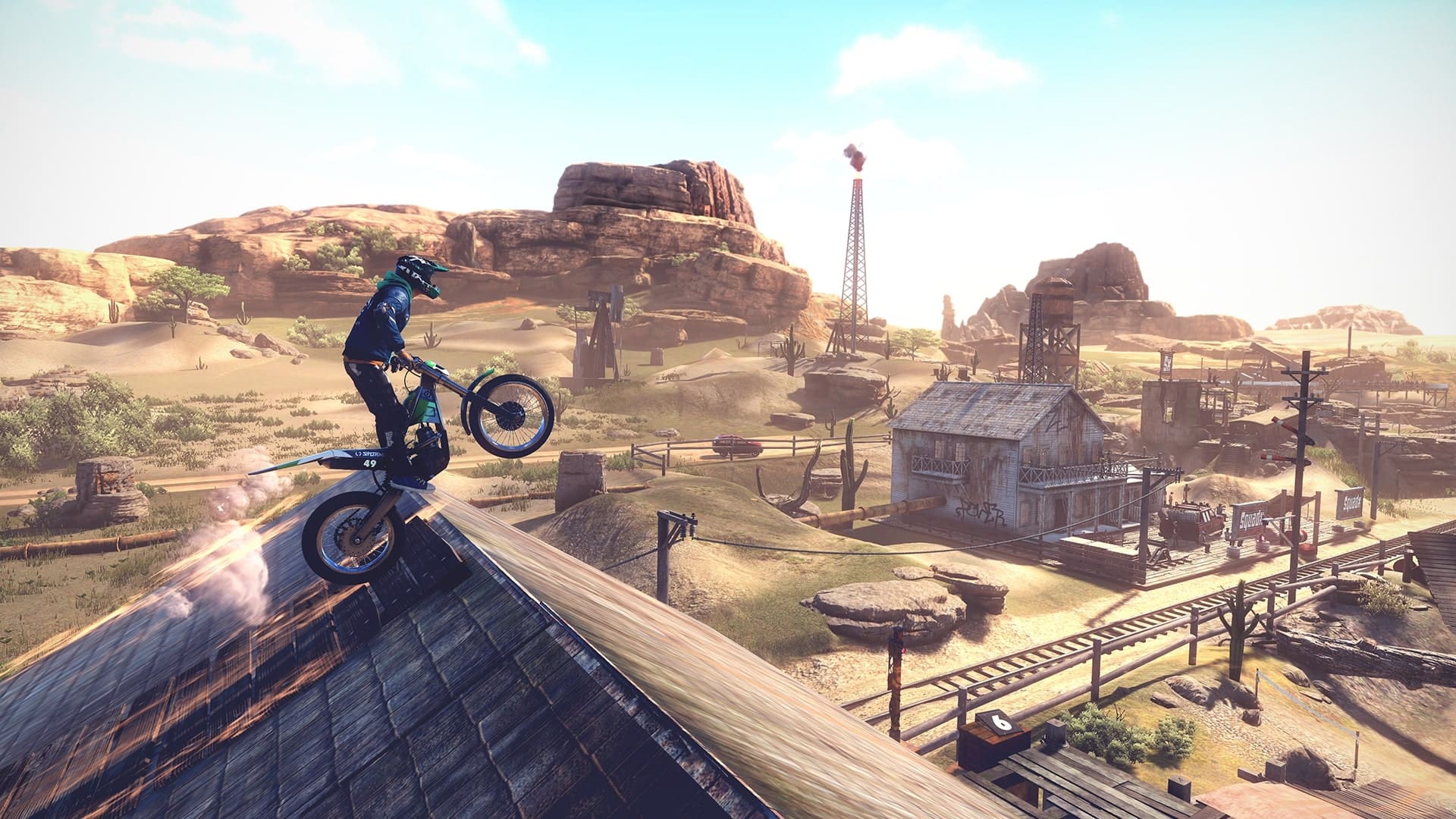 So, I have been fortunate enough to try out both the Xbox One and the Nintendo Switch versions of the game and I have to say that Xbox One and Playstation 4 is where you want to be playing. It looks absolutely stunning on my Xbox One X and runs smooth as butter but unfortunately the same cannot be said for the Nintendo Switch version. Its graphics seem to take a massive hit and the frame rate is awful. I experienced so much stuttering and skipping so regularly it was ridiculous and I’m not really sure why. I’ve not experienced this much drop in a game on Switch before but it doesn’t make for fun playing. I cannot fault it on Xbox One at all, I encountered none of the same issues and in fact, no issues at all whilst playing.

As I say, the game looks absolutely outstanding, There is so much detail put into each level, it isn’t just a bunch of tyres and planks placed around, you can see completely into the background of each level. There are trains, there are monsters, there is everything you can think of. Sometimes there can be a little too much going on in the background though, to the point where I am focusing more on what’s going on behind me than focusing on the actual level. Not necessarily a bad thing but can be a little confusing to the eyes…

There is also quite an extensive soundtrack to go along with the punchy gameplay. Ranging from rock anthems to dubstep, it all fits in perfectly. No song on the soundtracks seems out-of-place and they blend into the tracks extremely well. 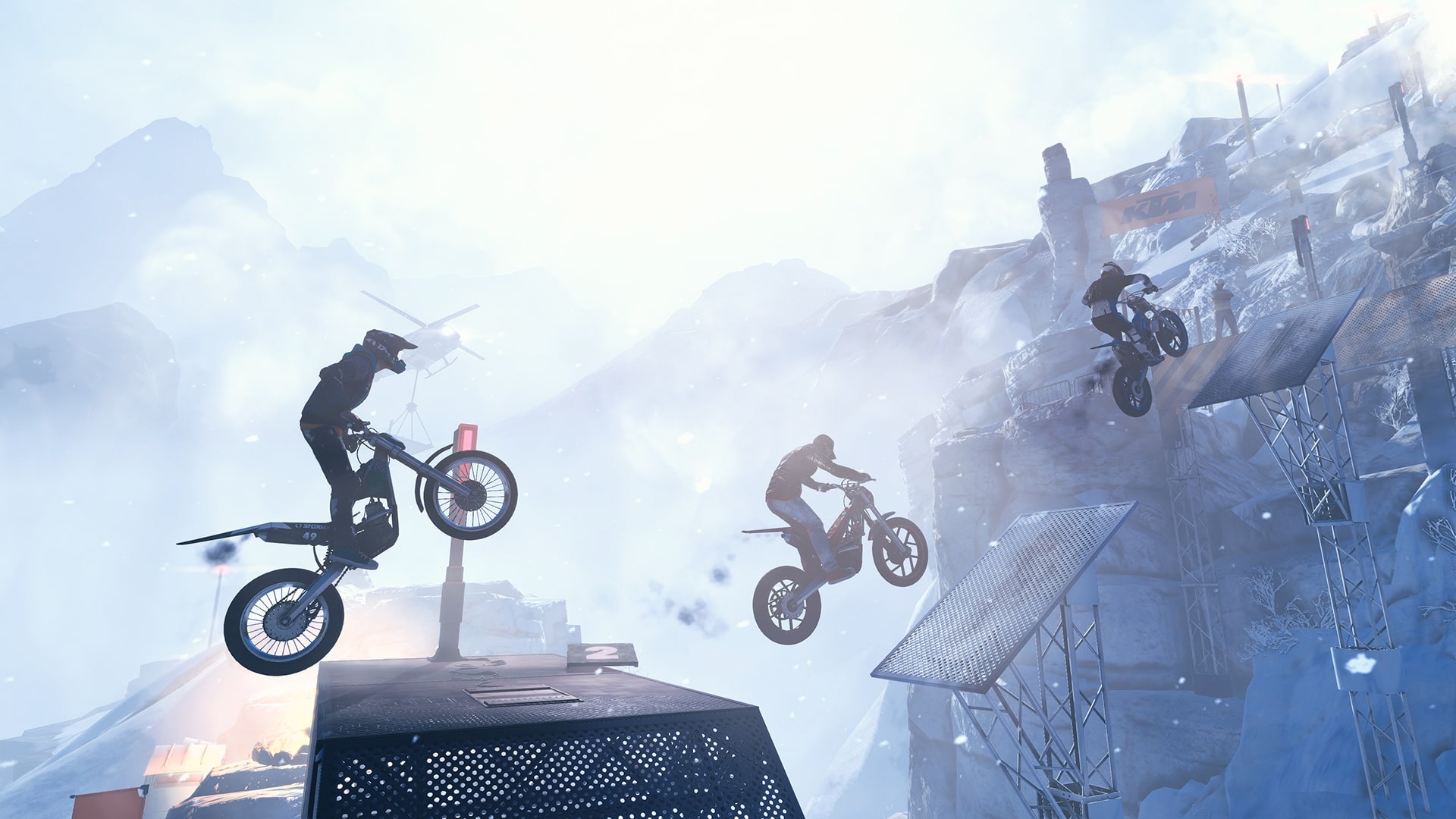 As well as the standard ‘Career Mode’, Trials Rising also offers multiplayer modes such as online competitions you can earn special rewards from and also the Track Builder in which you can create your very own Trials tracks using anything you can think of! This uses objects in the current game as well as the previous games. So, you can create tracks from previous games if you wanted to! You can also play other player made tracks to see what other creations people are making, maybe steal some of their ideas… You didn’t hear that from me. You can even create your own clothing! Cool, right?

Trials Rising is a great starting point for newcomers to the series and a massive upgrade to veterans of Trials also. Offering more tracks than ever on a Trials game before and various ways to play this game can keep you occupied for hours on end, whether that be trying desperately to beat your friends time on a track or making a track yourself completely from scratch.  I had a ton of fun with this game and although the Nintendo Switch version isn’t up to scratch (yet) the Xbox One version was a joy to play. I’ve never had so much fun with a Trials game and it deserves all the recognition it can get.

The perfect way to ride a motorbike in hilariously stupid ways, without the fear of dying… Okay, maybe a tiny bit of fear.