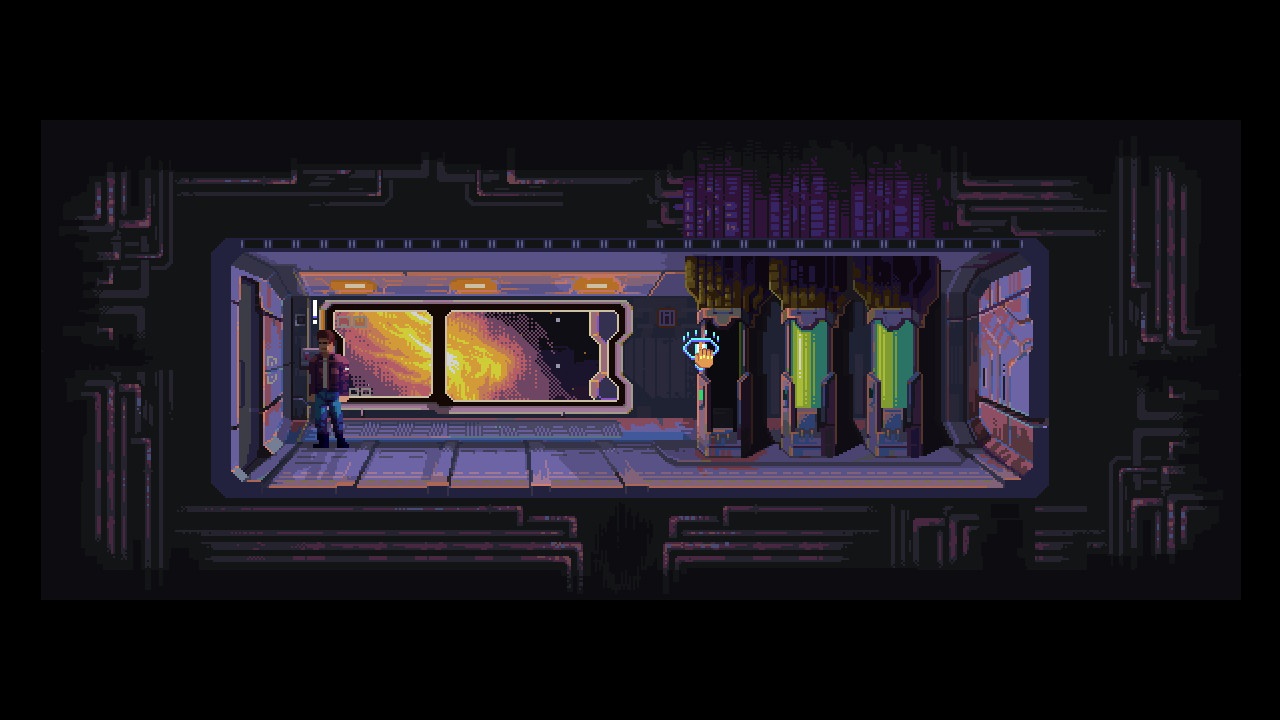 It’s sometimes very, very difficult to sell a video game on the overall experience. When it comes to things like movies, books and television, a lot of that is passive entertainment with a bit of chatter in the background at best. Video games, even FMV games, require player input, which means (metrically) a substantially bigger investment in terms of a player being a part of the game. That might be one of the reasons that, especially with adventure games, people tend to circle back to the classics. You already know that most of what LucasArts pumped out back in the day is quality, why take a gamble on something new? As a big adventure game fan myself, the trip down the road that was Tardy was a surprisingly arduous and difficult one, especially because it took a while to get off the ground. Once the wheels got moving, I have to say that I was pleasantly surprised by the overall presentation, no matter how abrupt the ending may have came.

Tardy does a positively poor job in getting you on board with the game, and there’s no two ways about it. The developer, One Wing Cicada, decides that the best way to get you on board with our protagonist (the oddly named Ramto) was to throw you into a Futurama pilot situation, in which our man is on the run from someone about something, ends up hiding in a cryogenic pod in a spaceship (you know, those things that are always just unlocked?) and wakes up some time in the future to a ship that hates him, no crew, and some signs that maybe the galaxy is on fire. Eventually, he manages to get in contact with a hologram named Ann, and then you go down this weird and wild road about wars on planets, and it all gets to be a bit much but at least it has a much clearer line than what Ramto was ever doing or plans to do. Also, if you’ve correctly guessed that Ramto is actually much further in the future than just a couple of days or so, then you’re probably going to spoil a big plot twist that the developers didn’t realize was a tad obvious, but whatever. 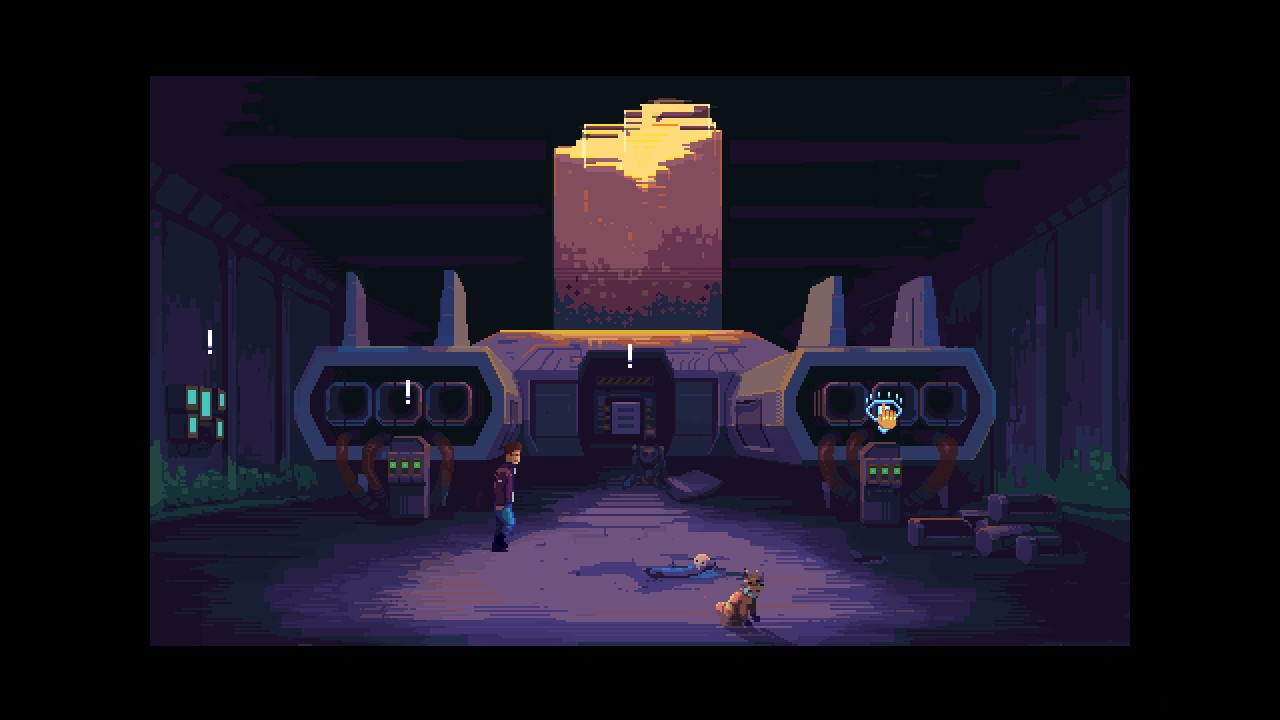 Tardy is done up in pixel art and point and click style in an effort to help better emulate the games that they strive to be like, and, visually, the effect is solid. In terms of rooms, planetary composition, avatar headshots and cutscene animations, I really enjoyed the retrofuture aesthetic of Tardy. Since everything is properly done up to capture the idea of what space travel might have looked like if scientists from the 70s were teleported to the 31st century, you’ll have no problem getting on board with how the game looks. Additionally, we’ve got some really good, ambient soundtrack piping over everything that has the right gravity of melancholy, foreboding, and longing to peak, pitch and change at any given moment. The effect is like if BulkyPix had been commissioned to do score for a 1980s version of A Princess of Mars, but the lead was a young Matthew Modine. That feels like an oddly specific reference for a movie that doesn’t exist, but try to picture it for a moment: the music fits perfectly.

Additionally, when things work well, I like what’s done in terms of gameplay for Tardy. Not needing to keep everything you find in an offscreen, ethereal inventory is essential to keeping the game moving, and also allows players to focus on the puzzles, which are the full meal of the game. Clues aren’t always clear and could take a while to ascertain. I’m pretty sure I spent almost a full 1/6th of my gameplay just trying to figure out the computer at the very beginning of the game, and then everything afterwards just sort of came to me in a clearer (but arguably longer time invested) process. Speaking of BulkyPix, I can’t help but feel that one of the very first puzzles feels super inspired by Please, Don’t Touch Anything’s model, but that could just be my interpretation. In any case, it was organic enough, and it helped to set the pace for future puzzles and that sort of idea. 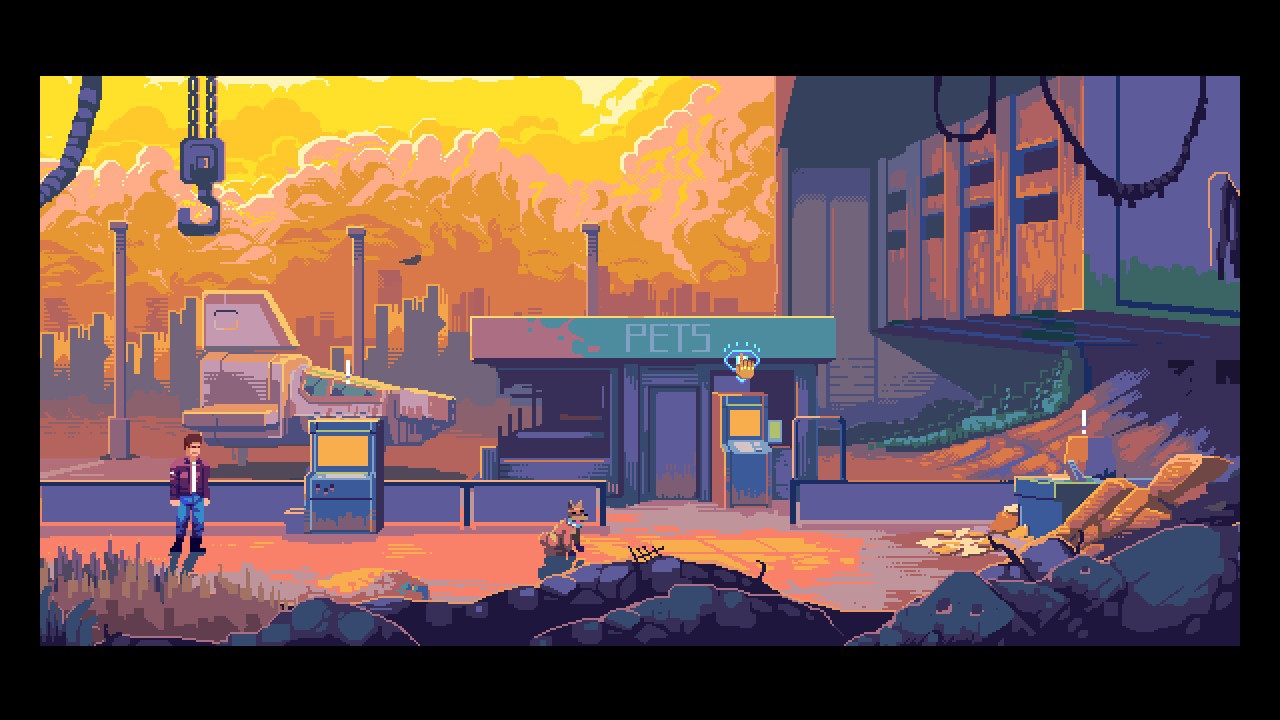 The problem is that everything really comes down to the puzzles in order to keep the cohesion of the game alive. The story itself about a crew going mad, some kind of mutiny, dead bodies, and then a whole bunch of spoilers that aren’t really spoilers if you count “making stuff up” as a plausible ending. Seriously, there’s some kind of justification at the end with additional detail, but it really undermines a lot of what you were doing throughout in terms of humanity. Additionally, there is some seriously janky dialogue between Ramto and Ann that makes it feel like neither of them is comfortable speaking English, yet they can’t decide another tongue to settle into. So the result is just a whole bunch of puzzles that, while well crafted, are hardly enough to keep someone onboard for the full five hour duration that went into this game. Particularly me: I really don’t like overly complex puzzles, and I immediately got cold when the first couple took an ASTONISHING amount of reading to get into. Then I got lulled into a false promise of something cool by the discourse between Ramto and Ann, which seemed to hint at a deeper dive into his backstory, or a really cool outcome to the entire ship, but no. It’s like if Passengers and the original Korean version of Il Mare were spliced together into a singular ending and then was lightly dusted with a bit of hope. But only a bit.

Lastly, Switch porting. This one is a doozy. Tardy requires a lot, and I mean a lot, of fine object manipulation.  I don’t know if Drageus Games did the port or just the publishing, but someone dropped the ball on this one. When you have it handheld, you’re able to utilize the touchscreen, but the buttons are too crowded and small, even with the option to zoom in. I have fairly thin fingers, and I still had a hell of a time needing to type in anything. When you’re docked, you can (thankfully) use the directional buttons for some of the buttons and some of the controls, but you still need to click and do a hovering cursor to get to certain things. And, my sweet God, Ramto walks SO SLOWLY. He practically crawls across the screen, making me wonder if I could have shaved an hour off of my gameplay if the dude would hoof it once in a while. Seriously, if you don’t know where you’re going, you can easily waste close to 15 minutes being in the wrong room and waiting for Molasses Jones to leave and go somewhere else. That last part may not be the Switch’s fault, but dammit I didn’t know where else to complain.

Tardy isn’t a bad game, not by a longshot. Decent story with a bad ending, great graphics and sound, mediocre dialogue, interesting puzzles but poor pacing. The whole thing comes out to a title that I wish I had played on the PC first because I would have tempered my expectations better. I would know what to do and where to go, and then I could analyze this adventure game as a Switch port instead of taking it at face value. As it stands, though, I can’t really ever see myself revisiting the game on the Switch, but maybe it’ll scratch the right itch for a more patient, puzzling gamer.

Tardy isn’t a bad game, not by a longshot. Decent story with a bad ending, great graphics and sound, mediocre dialogue, interesting puzzles but poor pacing.