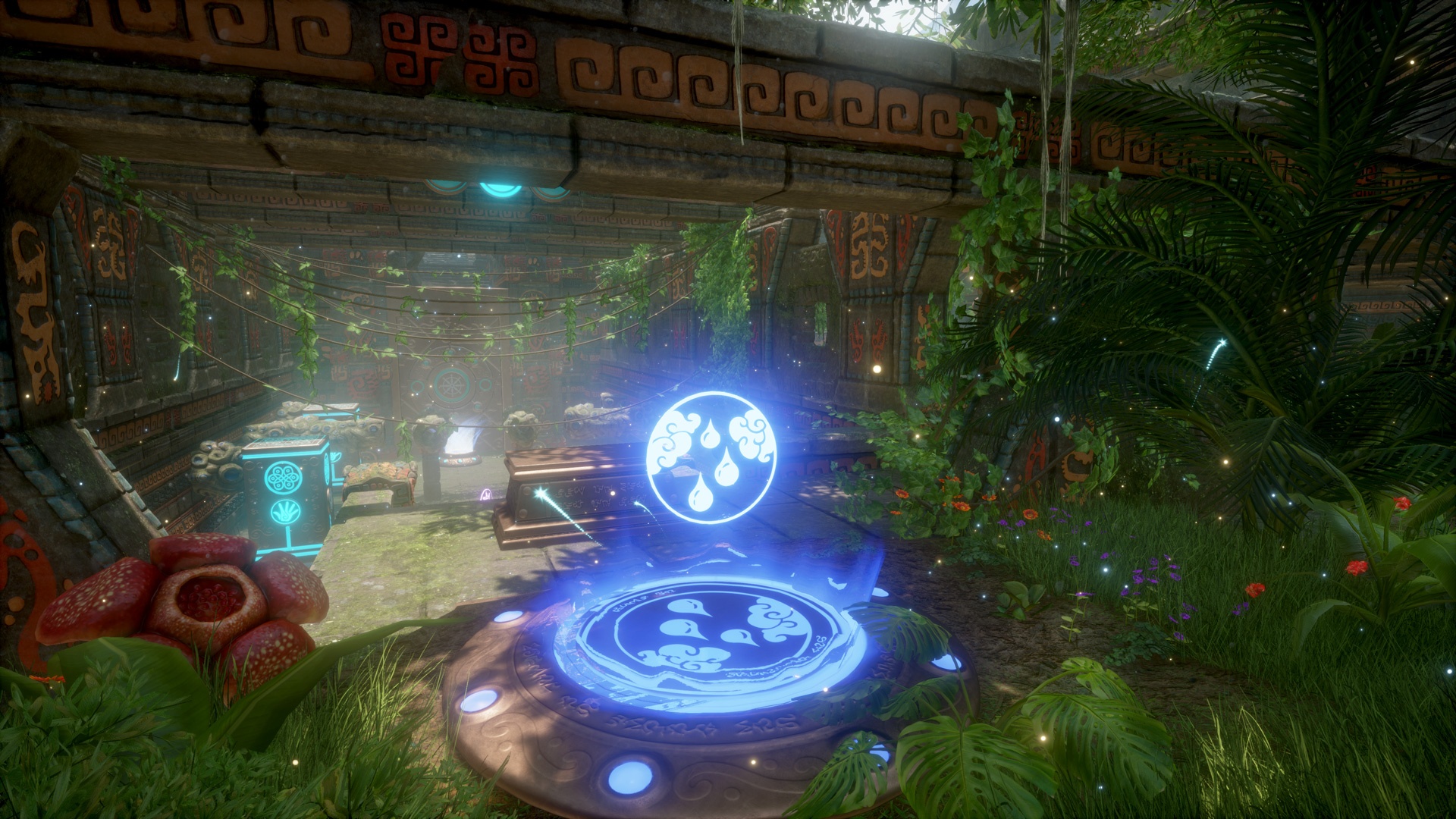 Playing through XING: The Land Beyond, I was immediately reminded of another puzzle game that tormented my waking hours for months – even after I’d stopped playing it.  For anyone old enough to remember Myst and its sequel Riven, you’ll recall just how all-consuming and engrossing that series was. Admittedly both of those games boasted puzzles so challenging, that people actually published books on how to solve them. But boy, were those games beautiful and unforgettable. Flash forward to 2019 and we now have XING: The Land Beyond. I know you shouldn’t judge a book by its cover. Honestly, I do.  But, I’ve got to say that XING: The Land Beyond is stunning. By far one of the best looking games on PSVR, XING: The Land Beyond has graphics so gorgeous that, if you were playing this in flat mode, you’d be tempted to lick the screen.

Developed by White Lotus Interactive, XING: The Land Beyond is an emotionally charged puzzle-based exploration game that casts you in the role of the titular hero. In most games, part of the challenge is to overcome some obstacle or solve some conundrum in order to avoid dying. Not in XING: The Land Beyond. You see, from the very beginning of the game you’re already dead and so is everyone else you encounter in the game. From the start you’re in some sort of half way world between the living and the dead. A purgatory of sorts where you have to travel to four different realms freeing the tormented souls of the departed. Throughout the game you’re given a brutally frank and, sometimes genuinely disturbing, insight into the lives of the characters you are trying to help. Their stories are told through poems that are scattered throughout the game and read by some of the best voice over actors we’ve heard in a very long time. More on the voice acting later. 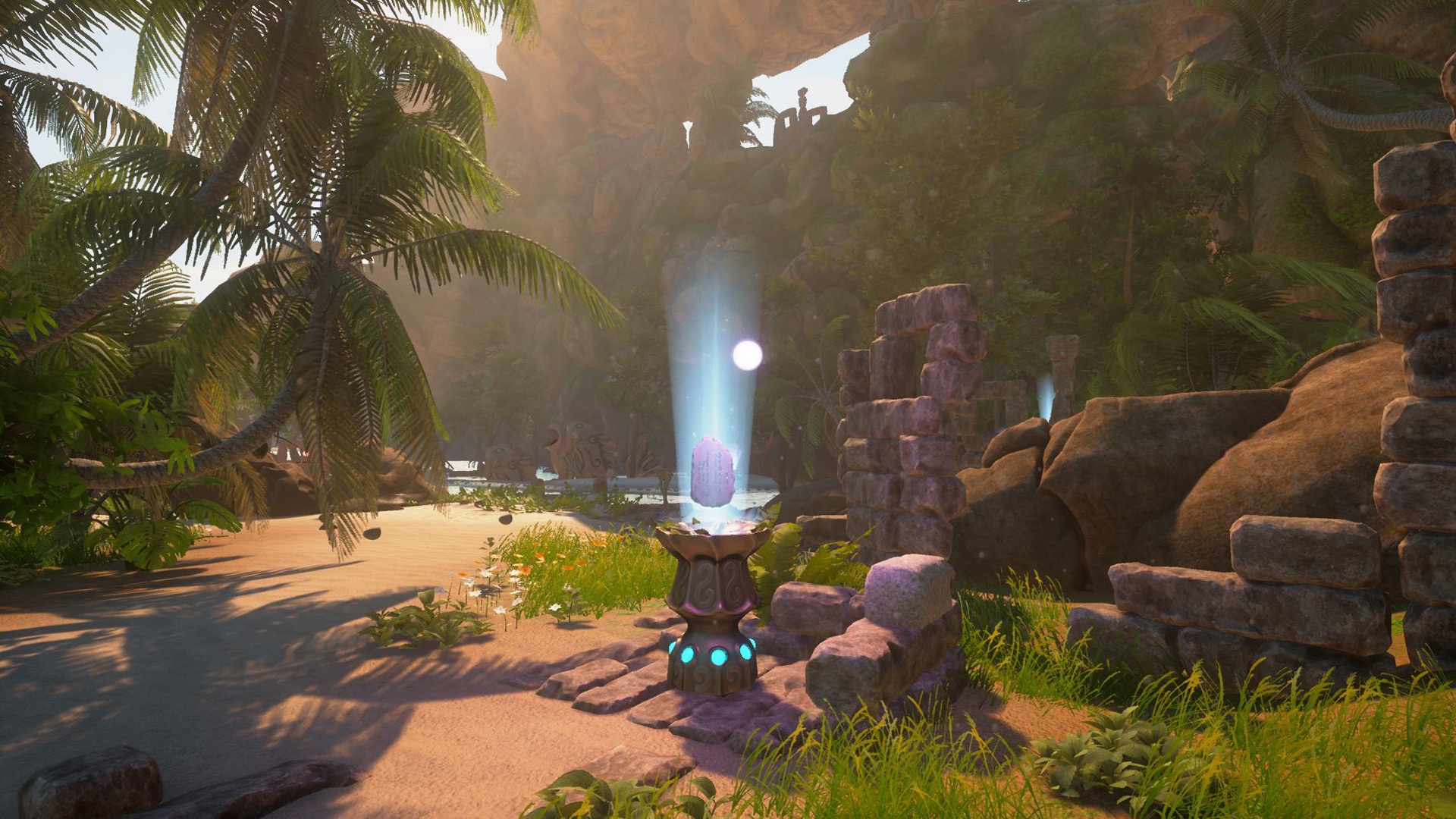 To say that XING: The Land Beyond is more of a hybrid between a game and an experience is no exaggeration. Sitting here in my loft apartment, gazing out of the window and reflecting on the game, I am instantly reminded of one of the souls –  a desperately vulnerable young girl, who recounted the abuse she suffered at home. After that particular episode, I had to put the game on pause and have a hot cup of very sweet tea to calm my nerves. Many of the stories involve love, betrayal and despair.  All of them are hauntingly engrossing.  As you make your way through XING: The Land Beyond, you can also collect runes that you can use to unlock additional content. These runes are usually rewards for solving particularly taxing challenges. Most of the puzzles in XING: The Land Beyond are environmental in nature and, as a dead spirit,  you can influence nature by stopping time,  freezing water,  changing the direction of the wind or making it rain. All of these abilities are essential for solving the games incredibly well thought out puzzles. Luckily, the learning curve is fairly gradual and the puzzles only get harder the deeper you delve into the world of XING: The Land Beyond.

However,  irrespective of the particular story you’re engrossed in, the challenge is the same; collect four parts of a circle and conclude the spirits narrative.

As we mentioned earlier,  XING: The Land Beyond is  visually stunning. Even on the relatively low resolution of a PSVR, the worlds created by White Lotus Interactive are among the most stunning we’ve experienced in a very long time. For a good part of the game we simply wandered around just admiring the view. That’s how good-looking this game is. If there’s anything that can outdo XING: The Land Beyond’s impressive graphics, it has to be the voice-overs. The acting in this game is nothing short of stunning. We were totally mesmerized by the stories told and the emotional impact of the voices narrating them. It’s not often you get to play a game that can actually move you to tears. XING: The Land Beyond came very close. 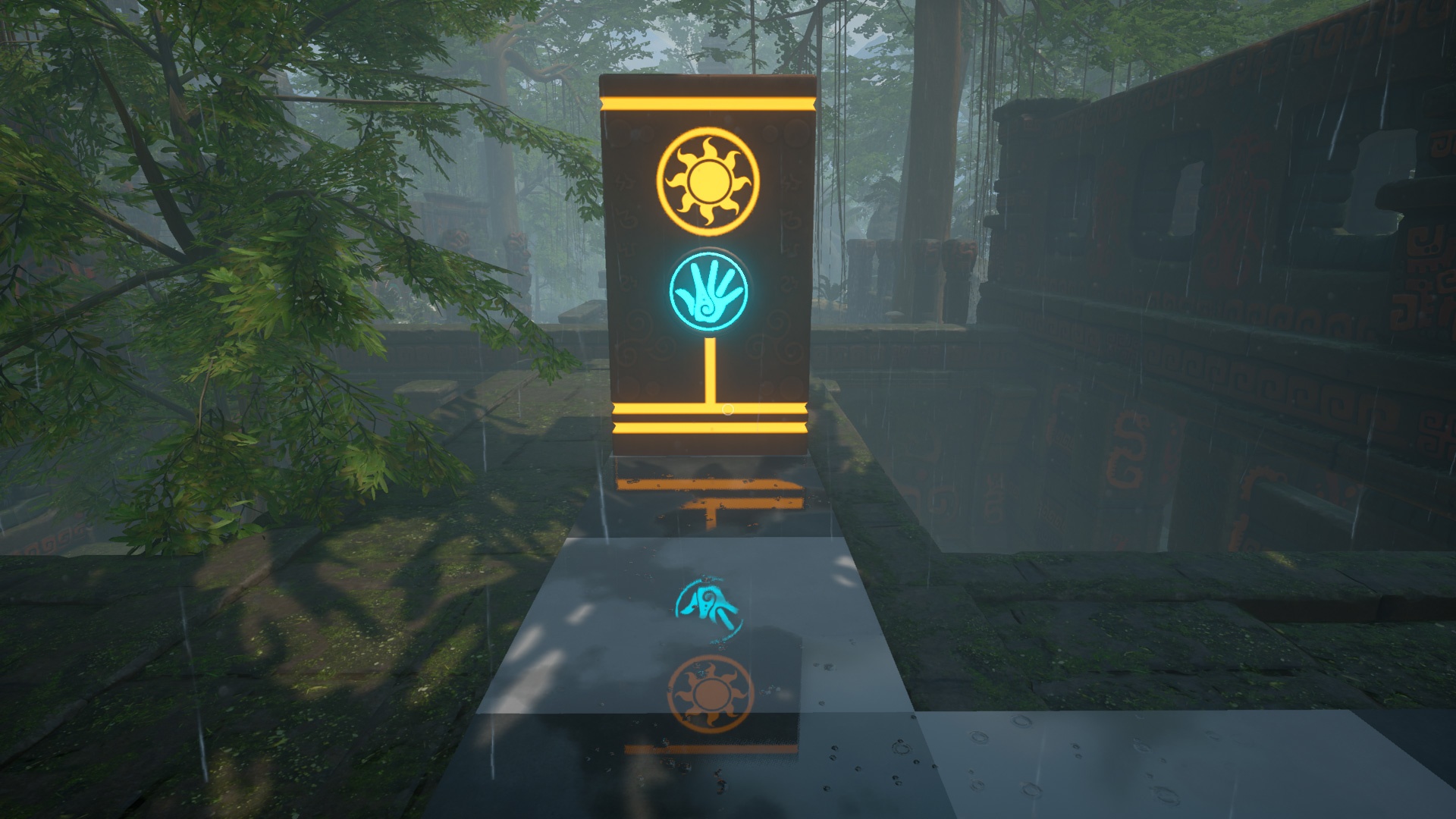 Control-wise XING: The Land Beyond was slightly challenging to get used to. One controller is used to control your movement around the environment while you rotate with the other. It was a slightly unintuitive arrangement that took us a while to get used to. But after a few minutes, getting around the four unique worlds was a breeze. We found that for some of the puzzles, using the wand to pick up objects or throw them was actually much easier than it would have been with the traditional DualShock 4.

The minor gripe about the control scheme aside,  XING: The Land Beyond is a challenging, hauntingly beautiful and emotionally gripping game that will stay with you for months. For seasoned puzzle fans, you’ll probably complete the game in ten hours or less. But, if you’re a completionist like I am, you’ll probably take twice that amount of time to ensure you squeeze every ounce of goodness out of this gem. Go buy.

XING: The Land Beyond Review

XING: The Land Beyond is a challenging, hauntingly beautiful and emotionally gripping game that will stay with you for months.