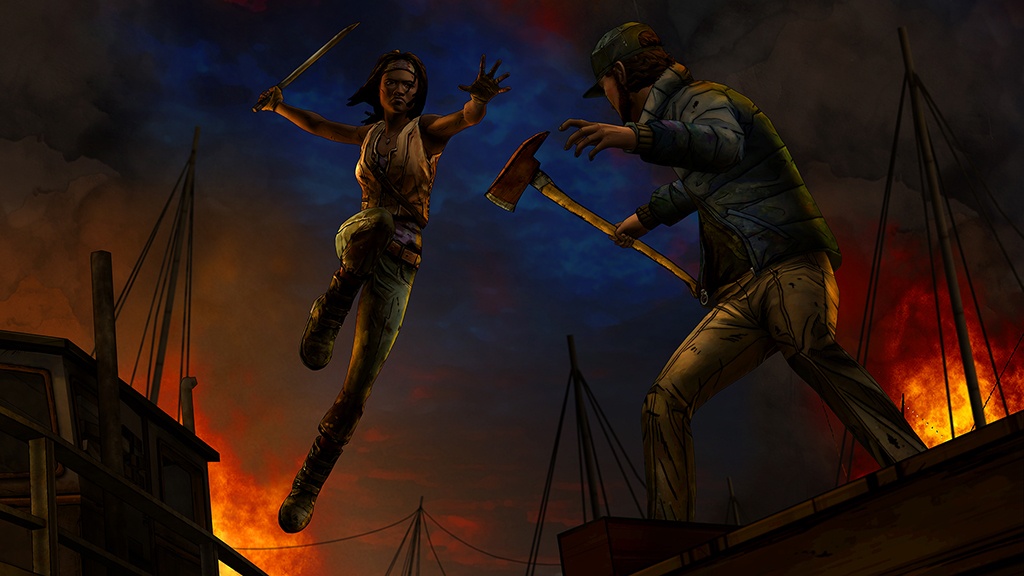 Personally, I was a big fan of the previous episode in The Walking Dead: Michonne, so I couldn’t wait to dive head first into this one. While some believed it to be a cheap and lazy way of keeping fans distracted as Telltale took their time with the third season of The Walking Dead Game, I have found this series so far to be very entertaining. And while it may stray away from the original Walking Dead Game characters like Clementine, it still manages to create an engaging story as well as interesting characters. It also offers those who watch The Walking Dead TV show to gain a further understanding of the character of Michonne.

Much like what you’d expect from games with this format, you start where the last episode left you. I’m not going to spoil anything story wise, but Telltale does a good job of dropping you right back in the action. Seeing as a fair amount of time has passed since the last episode’s release, you have to be enticed all over again. You may have even forgotten the story, or what cliffhanger you were left on. But luckily you are refreshed with a “Previously…” and reminded that shit is about to go down as you have to escape the situation you got yourself into last episode. 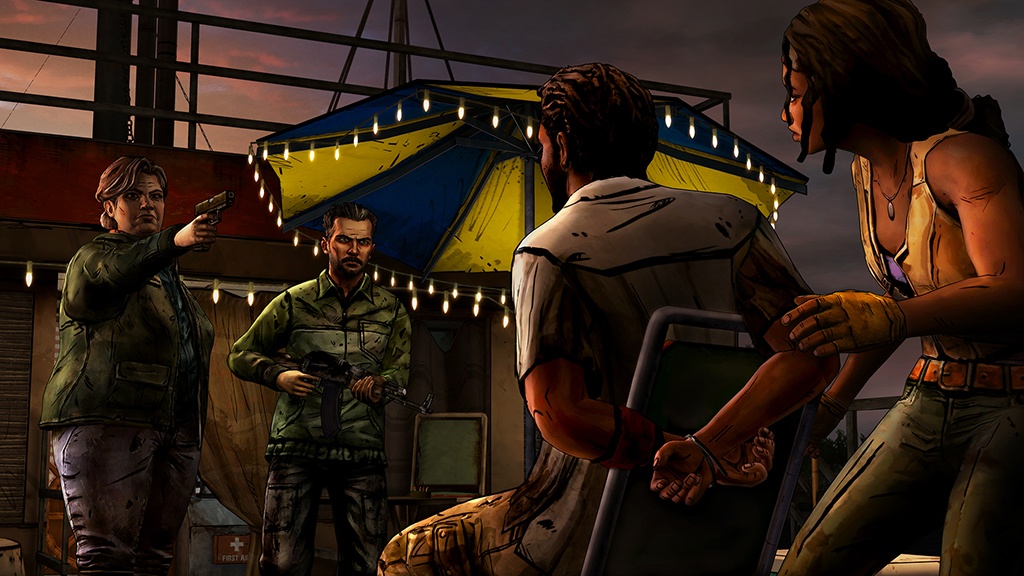 Seeing as this series is only 3 episodes long there is no time wasted, there is tension and a sense of uncertainty throughout. The tension coming from the fact that you can be hunted by people from the previous episode at any moment, and the uncertainty being in the form of “Ooo, is there a zombie there?” You also meet new characters, unfortunately none are familiar but there is always another episode to see a glimpse of Rick. You don’t see much of the new characters as they are introduced towards the end of the episode, but you still have interactions in which you have to get on their good side.

This episode ends the same as the last, with a big cliffhanger. The story was entertaining, and never did I find myself thinking that this was just a filler. I am very excited for the conclusion of this mini-series which is coming out late April some time. The game, as expected, looks amazing. Telltale’s style is one that I always enjoy seeing, all the settings and character designs look top quality. 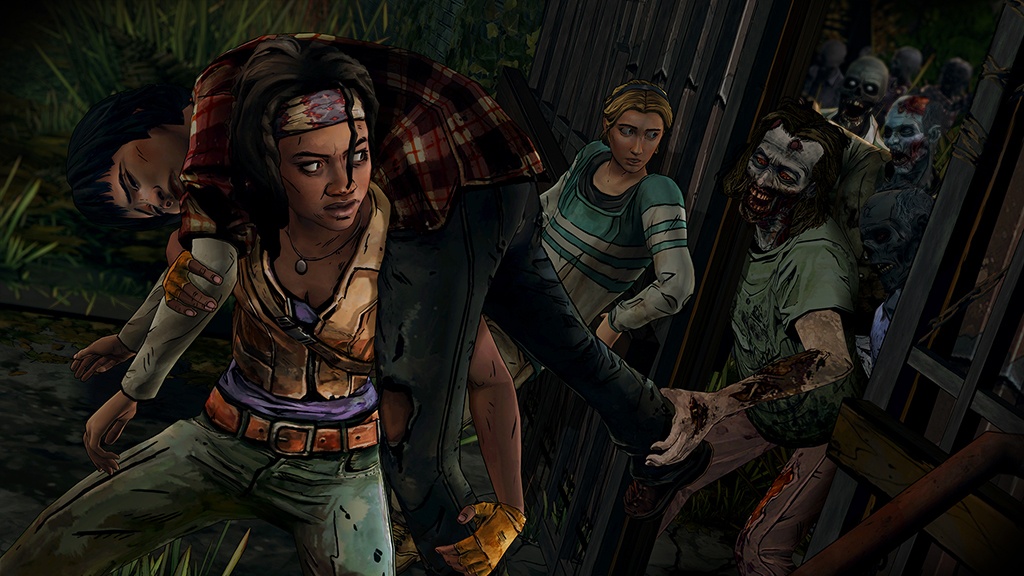 One problem I did have was the loading, this may be due to my set up but I feel I should mention it anyway. I did say no spoilers, so I’ll tip-toe around them. Right when something dramatic and very important was happening, mid-way through the game lagged as it was uploading my choices to the big Telltale cloud in the sky. The point of having something dramatic happen in a tense scenario is so it can surprise the player and maintain the atmosphere, but all this was taken away as the screen froze and a loading icon appeared. However, this problem may be solved on another system, or an upgraded PC.

Overall I’m going to give The Walking Dead: Michonne – Episode 2: Give No Shelter an 8 out of 10. It didn’t do much in terms of being unique, but it did have a very interesting and intense narrative. The only thing that irritated me was the loading problem, but it didn’t affect my enjoyment of the overall episode. I’d say this series is just something to chew on until the 3rd Season of The Walking Dead Game comes out, but it definitely isn’t lazy or cheap. I usually like to give an episodic series two chances before giving up, but seeing as this is only 3 episodes long just invest in the whole series. It doesn’t stray away from Telltale’s format and it is constantly intense and fascinating. If you are on the fence, just buy it! It’s exciting, and it distracts you from counting down the days until Season 3 of The Walking Dead Game comes out.