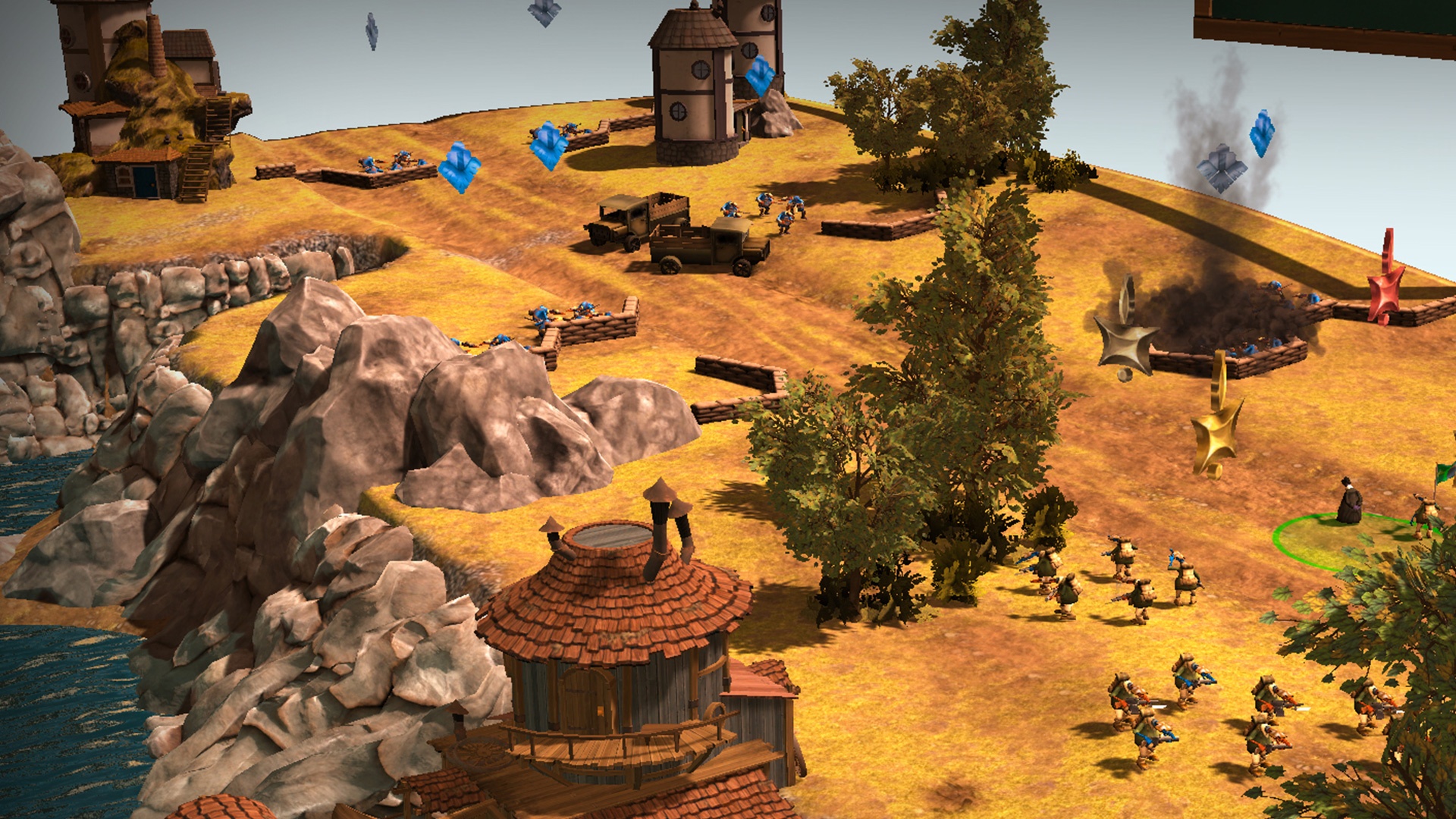 Having never played a tabletop board game I had no idea what to expect when offered the chance to give Quar: Infernal Machines a test run. Developed by FunBox Media – the Chesterfield-based team behind the totally excellent Super Street: The Game – Quar: Infernal Machines has migrated to a number of consoles and headsets, including my personal favourite, the PSVR.

Story wise, the game sees you battling insect like creatures called Quars on the ‘grimmsical world of Alwyd.’ It seems that the game’s rival clans have been at loggerheads for over 700 years, battling each other in what has been described as The Long War. Quar: Infernal Machines sees you commanding troops in one battle between the Crusader Army and the Royalist Coftyran Crymuster.

As you can imagine, the action is viewed from a top down perspective and the terrain resembles a tabletop filled with living beings. You command your troops by selecting them and moving them into place one by one. You have 18 different units to choose from including cavalry, infantry, snipers and armoured tractors.  Yes, you read that right. 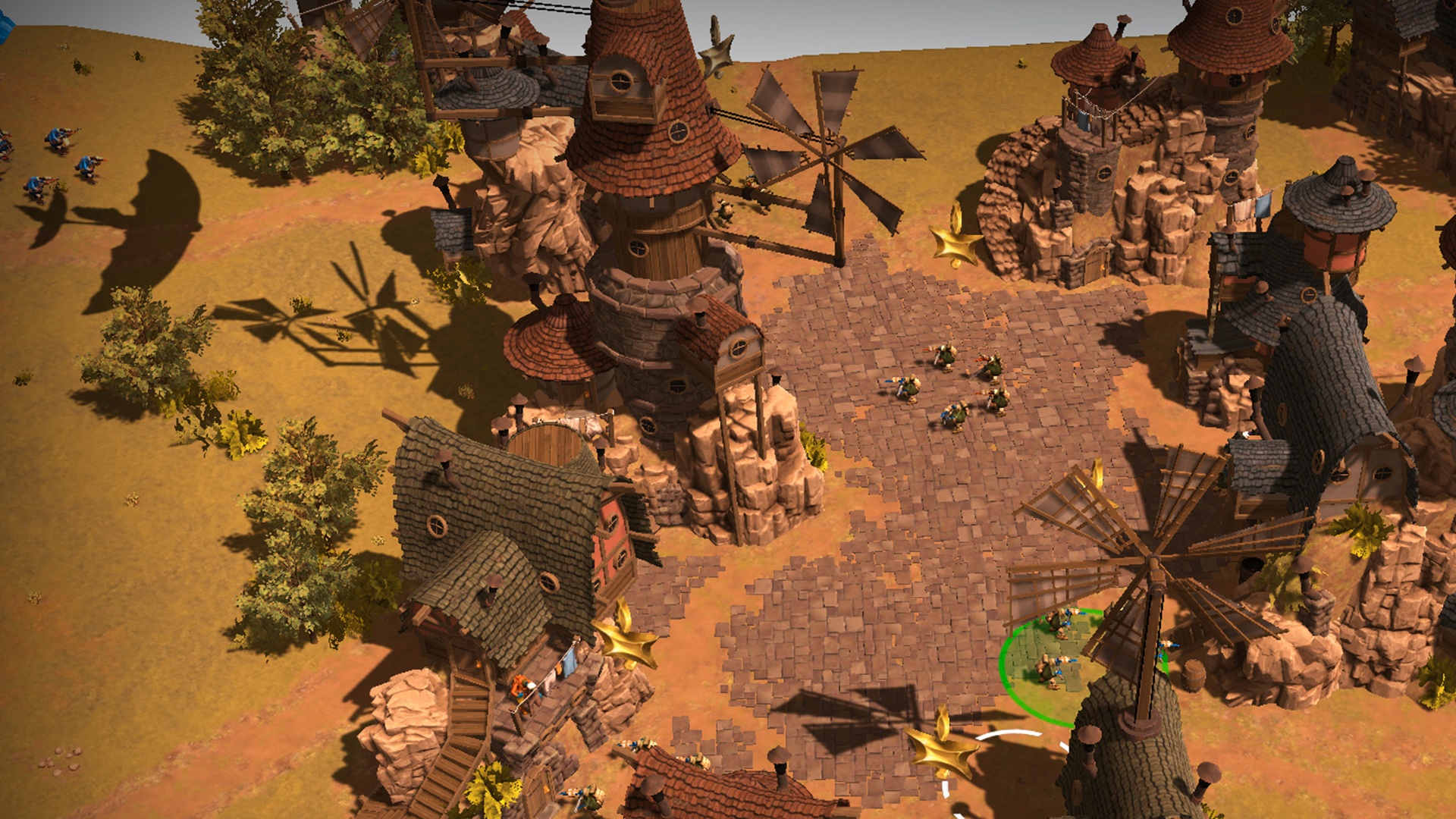 Once you’ve committed everyone to a designated spot,  your turn is over and you have to sit and wait to see what the enemy does. All of the troops have different abilities and weapons and it’s up to you to decide which squad to use and where to move them, depending on the terrain and the enemy’s position. Quar: Infernal Machines offers some 13 campaigns to tackle and after each one you’re awarded Victory points that you can use to upgrade your squad and your base. FunBox Media have set the learning curve just right for this type of strategy-focused game as the challenges ramp up gradually through each campaign. The emphasis here is heavily on planning ahead because one wrong move can easily spell disaster for your campaign and will find yourself hitting the replay option time and time and again.

Graphically, Quar: Infernal Machines does a good job of staying true to the games tabletop roots while also using a heavy dose of artistic licence by adding in moving trees, planes flying overhead and immersive weather effects. The game also offers you the opportunity to choose a spot on the battlefield and teleport there. Once you’ve teleported,  you see the game from the perspective of a soldier with buildings and mountains looming overhead. Excellent. It has to be said that on the PSVR, the graphics weren’t as polished as we’d liked with slightly jagged edges and darker textures, but overall the game looks accomplished and immersive.

Audio-wise,  the developers have done a great job replicating the sounds of a real battlefield with mortars exploding and the air heavy with the sound of gun fire. The musical score is highly reminiscent of a World War 1 movie which really helps you suspend your disbelief that all of this is being fought on a tabletop. 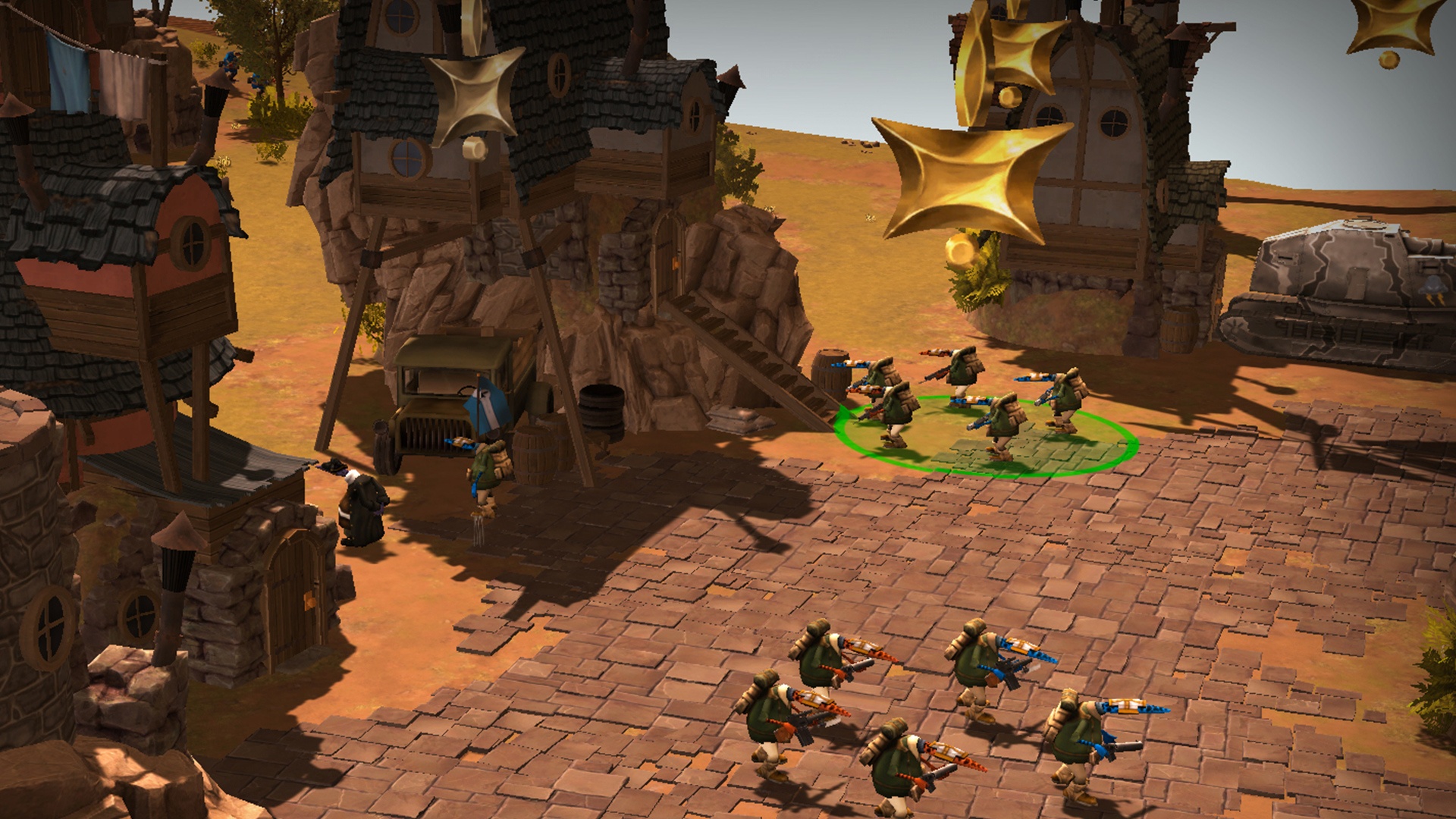 It’s fair to say that, by its very nature, Quar: Infernal Machines is a slower and more thoughtful game than most strategy fans are used too. By forcing you to move individual units one by one and then sit, wait and watch the enemy deployment, you have plenty of time to reflect on your strategy.  And, if it all goes wrong,  you can usually see it about to happen before it actually does.

Apart from the PSVR graphics, the only other minor gripe we had with the game was the noticeable absence of a multiplayer mode where you can pit your wits against a real opponent. A game as demanding as Quar: Infernal Machines surely screams out for the chance to wage war against your mates and claim their lands as your own.

This minor niggle aside, Quar: Infernal Machines is a worthy addition to the turn based table top genre. Anyone who loved Axis & Allies, War Hammer or even the tough as nails Twilight Imperium will feel instantly at home here.

Quar: Infernal Machines is a worthy addition to the turn based table top genre.