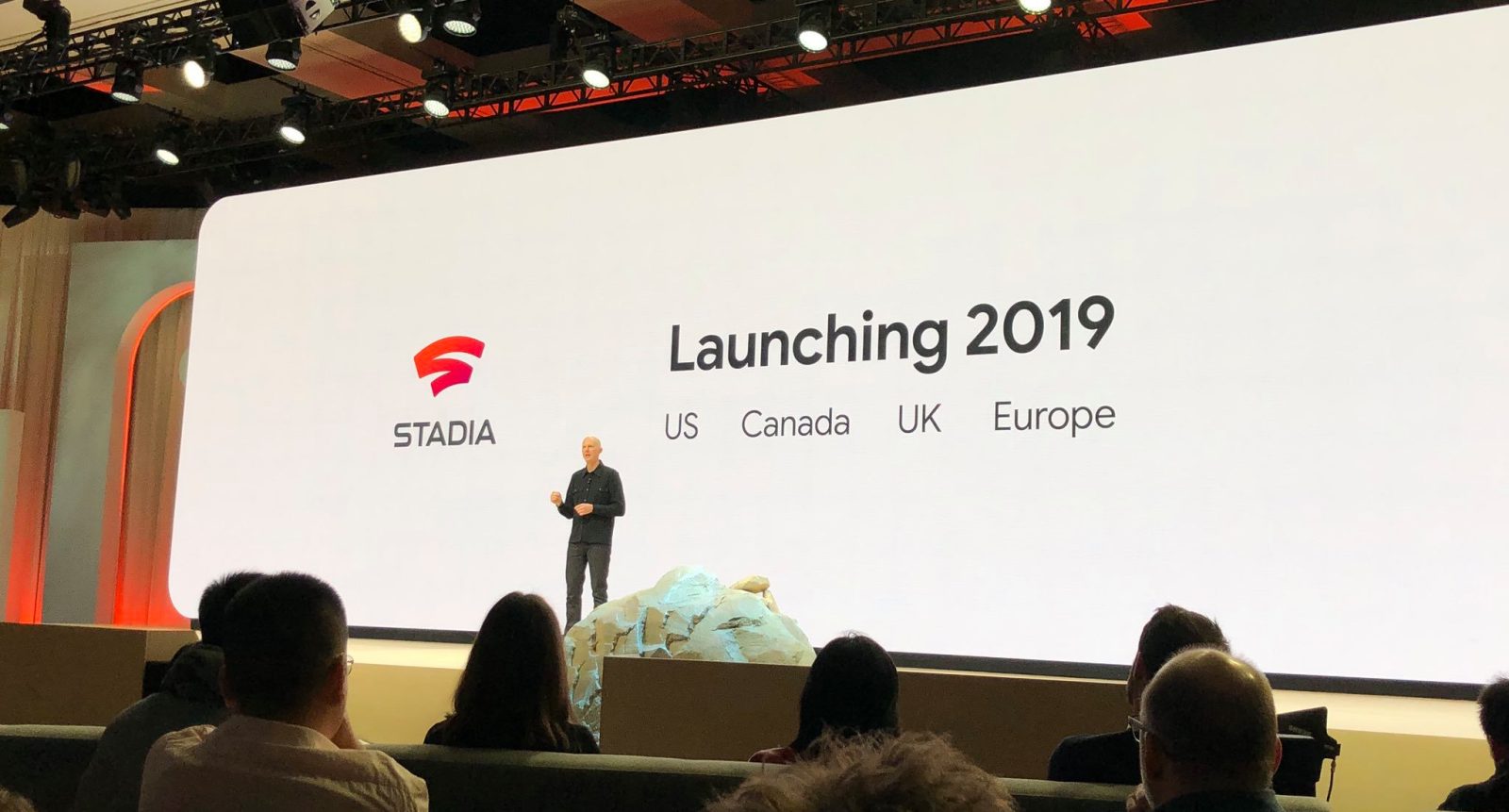 Remember when VR was going to be the next big thing? Already seems crazy, right? Yes, I know VR has plenty of fans, and between Oculus, Vive, PlayStation VR and…uhhh, Nintendo LABO, it has, and will continue to find its way in to millions of homes. Problem is, it’s not that many millions. That might sound like an odd statement, but to be truly mainstream (something that the likes of Sony, Facebook and HTC are – or at least were – clearly aiming for), you need to be looking towards the tens and hundreds of millions. VR is nowhere near that, and until the technology is streamlined, and made more accessible, it will remain a relatively niche product.

The same will almost certainly be true of Google’s potentially impressive but painfully nebulous (and terribly named), Stadia service. Beyond the horrible branding (honestly, the name is terrible and the logo looks like something you’d find on a 3rd party controller manufacturer from the mid-2000s), nothing that has been said thus far has been nearly clear enough, and based on previous efforts in the field, that’s unlikely to change. Simply put, trying to explain all of the permutations of such a service is nigh on impossible.

In fairness, Google would have done well to announce at least a few games (anything exclusive would have given the whole presentation much more clout), but even had they done everything in their power right, even if they had nailed the presentation, which was admittedly pretty decent, when it comes to internet speeds, different resolutions and unique levels of lag across an array of vastly different gaming experiences, there really is no winning. Short of providing a million answers to the myriad of technical variables of such a service, there is no way to be 100% clear on the service that they are offering. You know what that leads to? A loss of narrative control. Without the possibility to provide an answer to all of the questions, the narrative will move online, and based on previous examples, that’s where Google and Stadia get really stuffed.

Just think of the Xbox One launch – yes, Microsoft were their own worst enemies to an extent, but look back now, and a lot what they were trying to sell us one has come to pass naturally over the past 5 or 6 years. That didn’t matter though – they were trying to do too much too quickly and for the most part, they didn’t have the answers (or at least the answers that people wanted to hear). More problematic was that they were selling a picture of the future with little time given for those still living in the now – almost exactly what Google and Stadia are doing. 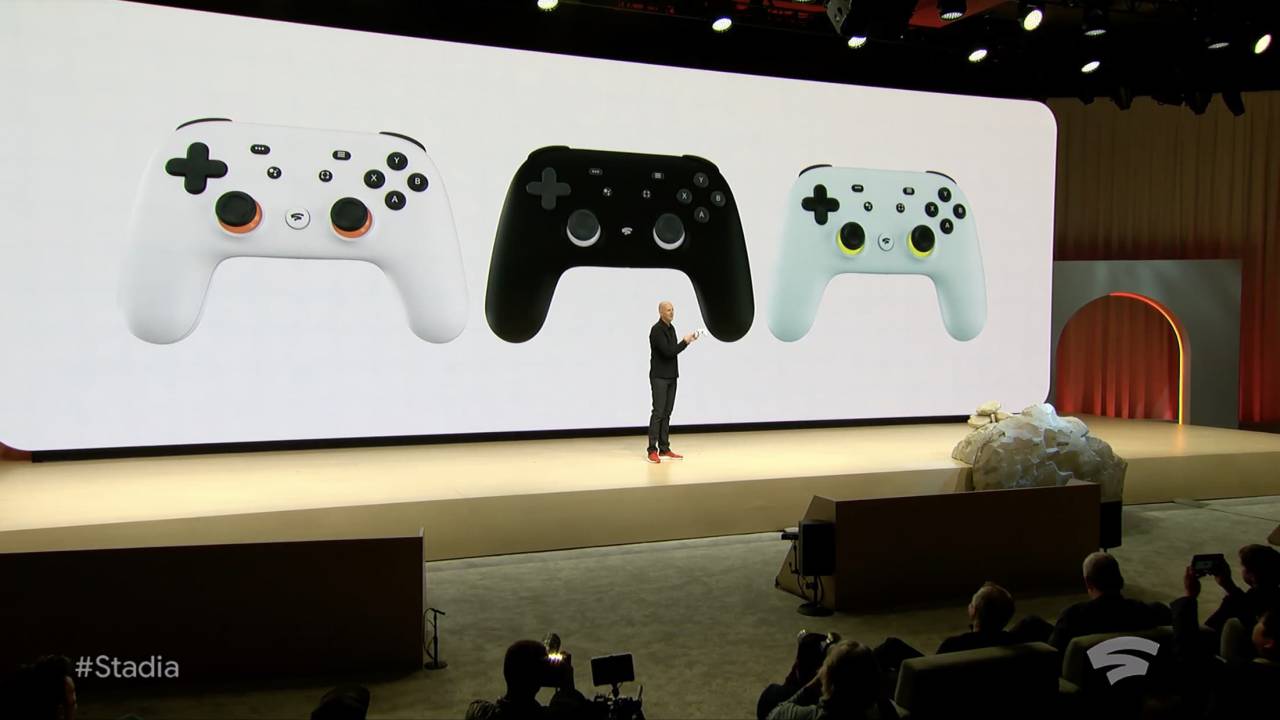 The kind of internet speeds required to get anywhere near the performance that they were pitching likely won’t be as big of a deal in 3, 4 or 5 years, but now, well, you’re looking at a relatively small number of gamers, and truth be told, the majority of those that do have the capabilities to run these games as intended will likely already own an Xbox One or PS4? I guess you could argue that Google and Stadia is really making a push for the ‘next’gen’, but technology doesn’t stand still – Stadia might have more of those teraflop things that everyone keeps banging on about now, but I’m guessing that both Sony and Microsoft will up their flop game considerably for the PS5 and Xbox (6?).

And let’s be clear, these are the kind of problems Google will run into, even if their messaging is perfect….which it’s not. I think it’s fair to say that I’m a relatively hardcore gamer, and despite doing quite a bit of reading on the matter, I’m still not sure exactly what the service will deliver or how consistently it will be able to deliver it (Guitar Hero on Stadia? I assume not). Everything about it remains oddly nebulous and far from compelling. There are too many gaps in the narrative, and as I mentioned before, those gaps will be filled in by the internet. I can already see the messaging getting away from them, and when talk of price is added to the equation, I imagine things will only get worse.

When I think of these technological leaps (or potential leaps), I always think of the boiling frog fable. Companies can slowly boil us with carefully introduced and incremental technological updates; they just kind of happen around us and next thing you know, we are all living in the future….or boiled to death. One of the two. Throw us in to an already boiling pan of new technology though, and we (the consumers) are likely to jump out and tell whoever wants to put us there to go and do one. That’s the issue here – there will likely be plenty of people, heck, perhaps millions of people, willing to embrace this new technology, this fundamental change in approach, but when you’re talking about capturing that mainstream audience, you need to be a bit more canny. You need to be able to show exactly why this is the future, why it’s something that people should want.

That brings me back to VR again – for a lot of people, the proof was in the pudding. How many times have I heard how people were convinced the moment that they tried VR for the first time. In fairness, the experience is often very compelling, problem is, how many people can actually try VR? Demoing VR is a nightmare. The Wii by comparison – that was new, it was different, it had an equally ludicrous game, but it was so easy to demo and so easy to get your head around – do you know how Tennis works? Well, you can already play Wii. It was genius. How do you get people to try Stadia? How do you convince people of what it can do unless they have access to the technology that can deliver it? Needless to say, Stadia is going to be a tough sell. 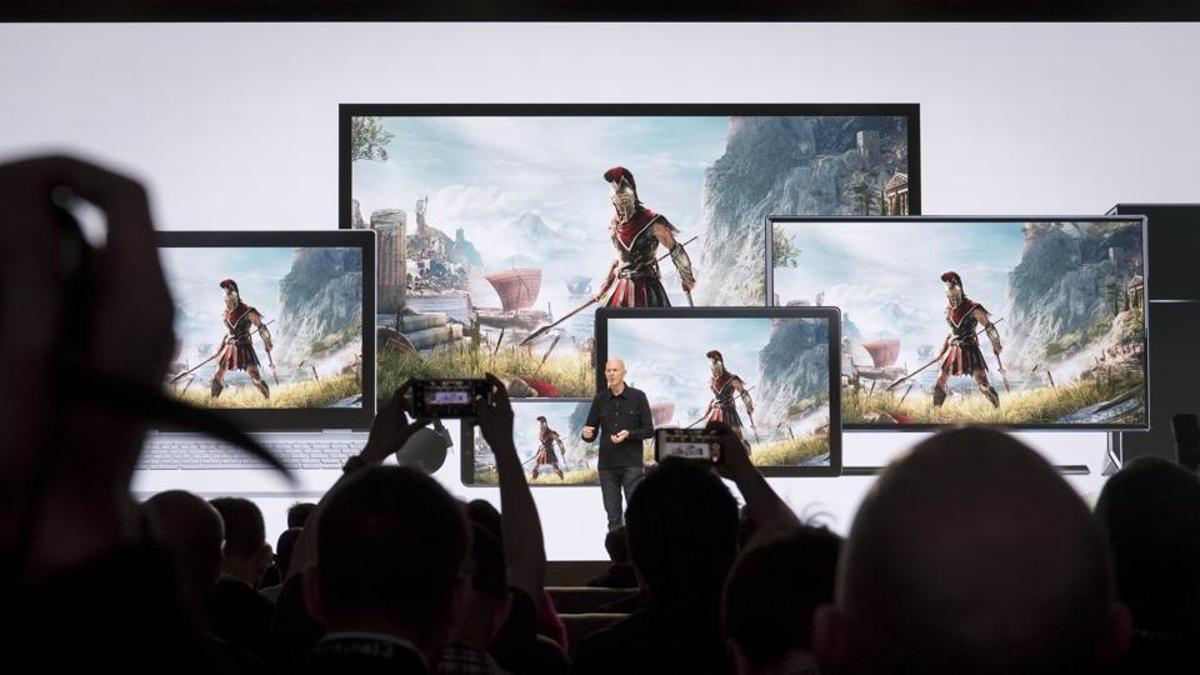 I appreciate that Netflix wasn’t big until it was and that one day, some company or another (and why couldn’t it be Google?), is going to nail the whole video games as a platform thing and essentially become the video games of Netflix. I get that. The thing is, I don’t think we are anywhere near to anyone delivering a viable mainstream interpretation of this concept in the here and now. I know, Netlix is already doing 4K streaming – I have it myself – but movies scale in a way that top tier video games don’t. Not only is there the issue of the rather demanding gaming crowd being unwilling to put up with anything but the best in terms of resolution and performance, but man, lag is going to be a big problem. Netflix might deliver 4K, but it‘s pre-loaded – gaming needs to be delivered in the moment and able to react to your inputs without any discernible delay. Google might have the best servers in the world, but that internet connection of yours is going to have to deliver without fail. What happens when you miss that last kill in Call of Duty because of a sudden case of lag? My guess is that you pack things up and get back on your PS4.

I don’t know, perhaps I am underestimating Google. I could be wrong about the terrible branding and the poor messaging, but you know what – I really don’t think I am. Google Stadia will probably do just fine, and some people will invariably love it, but in terms of replacing traditional consoles or really penetrating the mainstream, I still think we are a long….long way off. Consoles won’t be around forever, and yes, I do think somebody will nail the Netflix for video games model, but I don’t think that the world is ready for what Google is trying to offer. I don’t think the interest is there, and on a global scale, I certainly don’t think the technology is there. A lot of much smarter people than me obviously think otherwise, but despite Stadia representing an interesting look at gaming’s future, I simply can’t see it succeeding in the now.