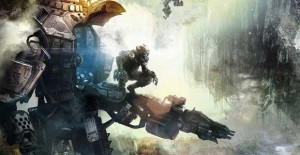 I find it increasingly strange that so many journalists and gamers alike have written off 2014 as a poor year for video games. Now, I’m not saying that it has been a vintage year (it’s certainly no 1997 or 2007), but 2014 has certainly not been the stinker that many have made it out to be.

Yes, there have been far too many remakes and sure, the on-going preference for cross-generational development has continued to hold the current-gen back from truly hitting its stride, but come on, there have been some genuinely fantastic games released this year.

While it has certainly been back loaded in many respects, the year did start with Titanfall, a game which, thanks in part to its initial lack of content, has taken a decidedly unfair battering post release. Titanfall is the most fun I have had with an online shooter in years and in its current state, delivers an impressive level of content and an absolutely fantastic balance between fast-paced traditional FPS action and, well, fast-paced, but perfectly pitched mech-based combat. I expect Respawn’s shooter will find a second wind during the holiday period.

In fact, Xbox One has had a relatively good year across the board with Halo: Master Chief Collection (despite a few technical issues), Sunset Overdrive and Forza Horizon 2 all going some way towards making up for its disastrous launch. Admittedly, Sony hasn’t fared quite so well, what with InFamous: Second Son proving somewhat disappointing, DriveClub being an unmitigated disaster and the holiday line-up being, well, largely non-existent, but even here, a solid line-up of third party titles has helped to make 2014 an unequivocally strong year across the board. 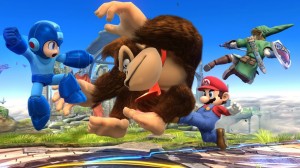 Dark Souls II and South Park: The Stick of Truth flew the flag for the last gen and (arguably) delivered the funniest video game of all time (that’s South Park rather than Dark Souls II your understand), Super Time Force and OlliOlli hit big on the indie side while Wolfensten: The New Order and Child of Light delivered genuinely brilliant cross-gen entertainment.

As always though, we’ve had to wait until the end of the year to get to the really big hitters. We have seen the successful return of survival horror via Creative Assembly’s fantastic, Alien: Isolation and Shinji Mikami’s old school throwback, The Evil Within. On the sport front, Konami have delivered the best Pro Evolution Soccer in years and in terms of the big triple-A titles, Respawn have overseen a return to form for the Call of Duty series.

Then there was the little matter of Bungie’s, Destiny, a flawed but highly addictive experience that, if nothing else, proved that MMOs could work on consoles, the surprisingly brilliant, Shadow of Mordor and the largely fantastic Far Cry 4…..I could go on (well, a bit anyway)

The big winner though, and arguably the reason that 2014 should be considered a good year rather than merely a decent one is Nintendo. The 3DS might not have hit the heady heights of 2013, but taken on its own merits, Nintendo’s handheld has had a another big year with Pokémon and Smash Bros. delivering huge numbers at retail, Mario Golf proving one of the year’s finest sports titles and Tamadotchi Life flying in the face of conventional wisdom to become a huge seller in both the east and the west. Oh, and let’s not forget the sublime, Shovel Knight, an 8-bit era throwback that is inarguably amongst the best games released this year.

As good as the 3DS might have been though, it’s the Wii U that has truly stolen the show. After the solid if unspectacular return of Donkey Kong came a triple header of almost unmatched quality. You’ll struggle to find a stronger line-up than Bayonetta 2, Mario Kart 8 and Super Smash Bros. for Wii U. These are three games right out of the top draw and, in my opinion, reason enough to make 2014 a special year for video games. 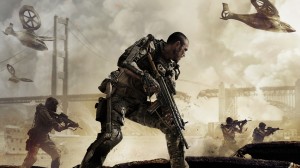 It’s had its issues, sure, but I would argue that the positives comfortably outweigh the negatives, and with so many fantastic games to play over Christmas, it seems absurd to write off 2014 as a disappointment. Assassin’s Creed’s technical issues, Halo’s matchmaking problems and Sony’s lack of first (and second) party output are all understandable downers, but with Mario Kart and Smash Bros. being as good as they have ever been, Konami turning back the clock for Pro Evo 2015 and Sunset Overdrive delivering the closest thing I will ever get to a new Jet Set Radio, I have no doubt that I’ll look back on 2014 with primarily fond memories.