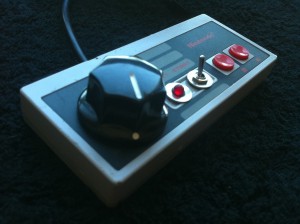 Unlike videogames themselves, which, while obviously susceptible to personal taste, are still largely critiqued based upon their technical nous, tastes in music are almost completely down to individual preference. Sure, some pieces of music are unarguably more accomplished than others, but that rarely, if ever, equates to subsequent popularity (if it did, the world would be listening to Wolfgang Amadeus Mozart rather than Rizzle Kicks wouldn’t it).

Looking over my options below, I appreciate that many of the tracks I have chosen are due to their place in some of my favourite games and the way in which they remind me of a specific time in my gaming life. Heck, some of the choices below are just plain bad when taken out of a videogame context (see Sonic Adventure intro) but for some strange reason, work a treat within the confines of the videogame or specific moment that they are linked too. I have no doubt that your choices differ wildly from mine, but hey, that’s the beauty of music isn’t it – it’s arguably the most subjective of all art forms.

Still, as much as this list is partially made up of precious personal memories from gaming years gone by, there are still quite a few flat out brilliant tracks (I could have filled this list with Katamari tracks alone if I wasn’t committed to diversity) amidst the myriad of choices related intrinsically to my own rose tinted videogame nostalgia.

I’m sure there are a few obvious classics that I have overlooked but for what it’s worth, here are my favourite videogame songs of all time……

Maybe it’s pure nostalgia, but this songs brings all those magical memories that I associate with this series flooding back. With news that Shenmue and Shenmue II are getting the HD treatment, I expect this song to be buried in my subconscious for years to come.

Jet Set Radio and the equally brilliant, Jet Set radio Future are home to two of the most eclectic and downright fantastic soundtracks ever commited to videogames. This song edges out an array of classics that could have just as easily made this list.

The main theme would be the obvious choice, but there is something so damn catchy about the simple rumbles of the underground tune – just try to hum the melody without mentally adding the sound of coins being picked up. Nearly impossible I tell you.

If you haven’t listened to Anamanaguchi before, now is as good a time as any. By using a customized NES and Gameboy to create their bit chip sound before adding instrumentals on top, Anamanaguchi deliver a nostalgia driven sound that puts melody and fun above all else and their work on the Scot Pilgrim vs. the World videogame is as good as anything they have released. Utterly fantastic!

The sound of a new dawn. I, like so many others, remember the moment that I heard those monks for the very first time. No tune encapsulates the Halo franchise or the Xbox brand more clearly in my mind.

A brilliant song in its own right, this little slice of happiness by the always fantastic, The Go! Team, absolutely nails the LittleBigPlanet vibe. I honestly can’t think of a better song to accompany a skateboarding Sackboy.

It’s cheesy. It’s not very good in its own right, but for some strange reason, my brain will not let me forget this song. Maybe because it’s the first thing I heard when I turned on my beloved dreamcast for the first time……or maybe it’s because, deep down, I love dodgy Japanese-American rock songs.

I love just about every track I’ve heard on a Katamari soundtrack, but Danketsu, well, that’s just about as catchy, Japanese and straight up crazy as anything the always loveable roll-em-up series has ever delivered. If this song doesn’t put a smile on your face, there’s simply no helping you.

The sound of hundreds of wasted hours and many a hard fought victory. I know it has been in place for just about the entire series, but for some strange reason, whenever I think of that fantastic accompaniment to victory, I can’t help but think of Cloud and his crew in classic victory poses.

How could any best videogame song list be complete with what was for many (myself included), one of the most pleasant surprises in videogame history and the perfect ending to one of this generations finest achievements.