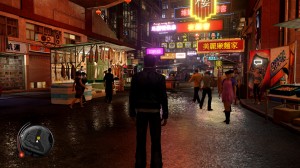 E3 is but a week away and, as expected, we’ve heard a great deal on what we should expect from Sony, Microsoft and Nintendo at this year’s big event. That’s all well and good of course, but realistic hopes  aside, what would you want to see if you had the choice?

If you could pick any five games to appear at this year’s event, what would they be? Heck, given Microsoft’s bluster, Nintendo’s, well, desperation and Sony’s unexpected position of power, shit, you never know; you might just get what you’re hoping for.

Honestly, I can’t remember the last time that E3 was imbued with such an honest to God sense of possibility and anticipation. Sure, last year was exciting with Sony and Microsoft struggling for gamer’s attention, but last year was invariably about the consoles, and even then, launch games are never as exciting as those a year down the line. Sure, there were some great game reveals, but plenty of time was understandably set-aside for the consoles themselves, and of those that were there, a lot were of the cross-generation variety.

Not this year though – Microsoft have got the Kinect-less Xbox One news out the way, heck, they even revealed the box art for Halo 5. With those relegated to standard news pieces, you’ve got to think that they’ve got something pretty impressive up their sleeve. 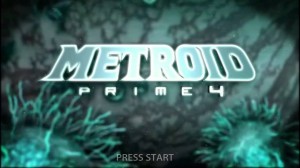 Then there is Sony; sure, they’re killing at the moment, but come on, they really have to announce some games soon. With little on the horizon and Microsoft promising to come with the thunder, you’d think that Sony would have to have something pretty spectacular up their sleeve.

Of course, it’s easy to forget about Nintendo, what with the Wii U continuing to struggle and no actual stage show planned, but thanks to Mario Kart 8, the Wii U is showing signs of life and, despite the lack of genuine stage presence, have got a lot of time set-aside for Nintendo Direct’s…….they must have something to fill that time. They can’t talk about toys for two hours……can they?

Well, whatever they end up doing, I know what I want to see – do any of mine make your list? Let us know what you think, and of course, drop your own top 5 in the comments below –

1)      Shenmue III / Shenmue HD Collection – I thought I was beyond the naivety to dream, but I guess not. A sneaky comment here, a trademark renewal there and once again I find myself hoping against hope that the story of Ryo Hazuki and the Dragon Mirror might finally receive the resolution it deserves. It’s unlikely to come to fruition and I’ll probably never live to see Lan Di receive his comeuppance, but hey, that won’t keep my fingers uncrossed come June 9th.

2)      Red Dead Redemption Sequel – A more realistic proposition in terms of an actual release but extremely unlikely to appear due to Rockstar’s approach to E3 (namely, not showing up), I still can’t help but dream of an announcement for a sequel to what was amongst my very favourite games of the last gen (possibly of all time). Few sights would make me happier this E3 than a confirmed return to the brutal, unforgiving but often beautiful world or Rockstar’s Wild West epic.

3)      Metroid Prime 4 – Many of Samus’ most fervent fans would ideally hope for a return to Samus’ 2D roots, but as far as I am concerned, Metroid has never been better than when under the custody of Retro Studios. Sure, I’d happily take a new 2D Metroid for my 3DS or Wii U, but for me, the real dream is of a successful return to the full 3D world that blew us all away quite so spectacularly back in 2002.

4)      Vanquish 2 – Ok, this really is a stretch, and to be honest, I’d take any new announcement from Platinum Games (arguably the finest exponents of pure gameplay on the planet), but rumour has it that they are working on platform exclusive for the Xbox One. As far as I am concerned, the platform is irrelevant, but I must say, Vanquish sequel or not, the thought of Platinum working exclusively on a next-gen console does fill me with vomity butterflies.

5)      Mario Galaxy 3 – Despite Mario 3D World only releasing at the tail end of last year, we are still yet to see a ‘full’ 3D Mario game for the Wii U. Mario 3D World was amongst 2013’s finest games, but even with its array of brilliant ideas and expectedly pitch perfect gameplay, it never quite managed to reach the borderline embarrassingly high standards set by Mario Galaxy 2 (what does?). Upon release, I described it as the closest thing to a perfect game that I had played in over 10 years. One obvious improvement though? Well, that would be HD graphics wouldn’t it. EAD Tokyo are already said to be working on a new Mario game, so heck, why not? Be it Mario Galaxy 3D or Super Mario 64 2, after seeing what is capable on Wii U with Mario Kart 8, I for one can’t wait to see what the peerless team over at Nintendo EAD come up with next.

So, there’s my list. How about yours? What’s you dream five? Fallout 4? A new Mass Effect? An unexpected return for The Last Guardian? How about Duck Hunt 2? Whatever it might be, please, do let us know.