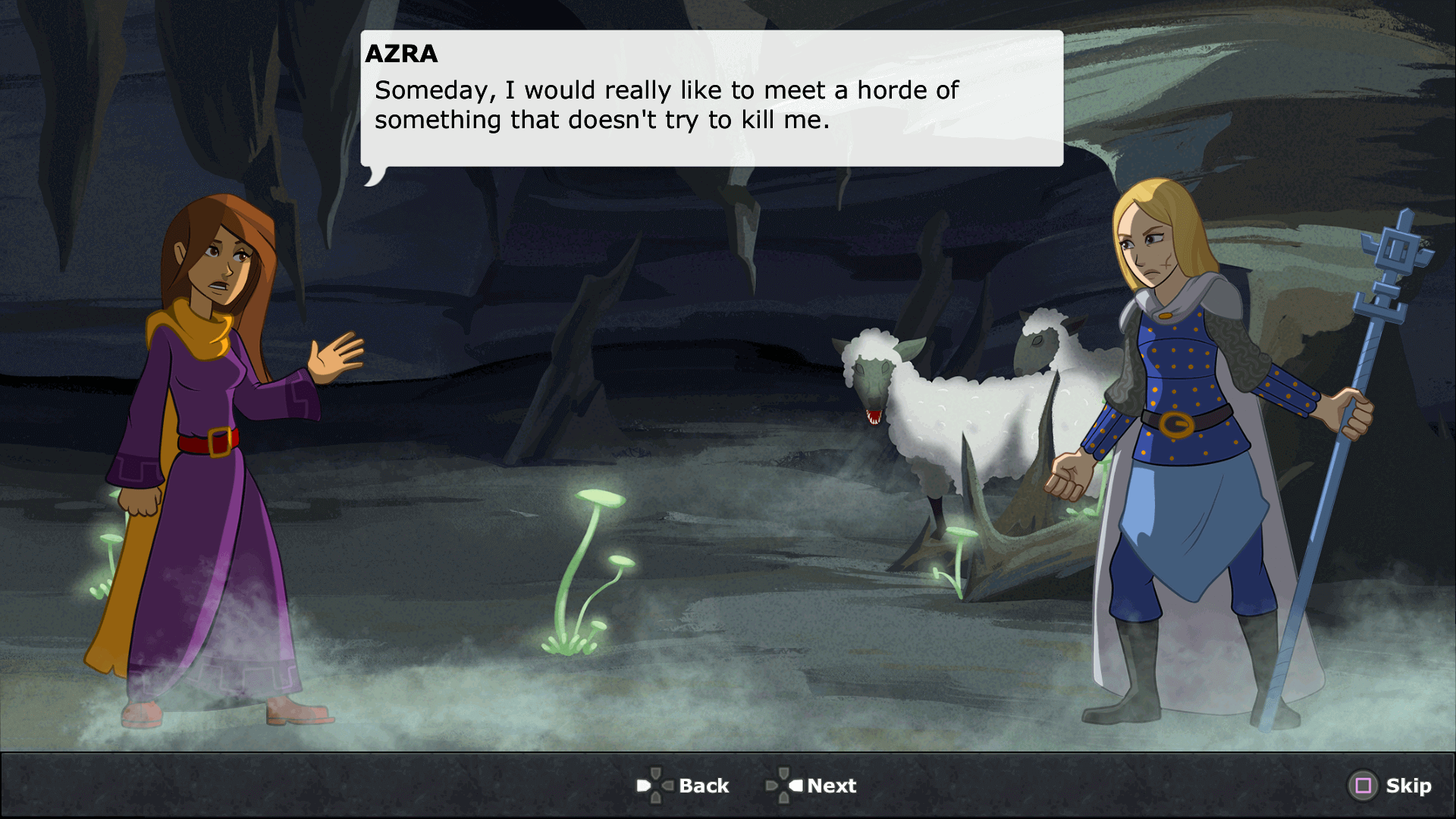 The difficulty level in games can be a large factor in either making or breaking a game. Too difficult and the game is virtually unplayable (Dark Souls anyone?) or too easy to play that will make the game dull. It’s all about balance! Not to mention gamers will have different learning styles and play styles that will have a knock on effect to how they play a game. Some may find a game easy to complete while for others it will be more of a challenge. This is sort of how I feel about Defender’s Quest: Valley of the Forgotten DX Edition – it can be fun to play but only if you learn to master it.

Pretty much like anything in life, a game will be what you put in to get out of it. While Defender’s Quest is difficult, it can also be a rewarding experience. You play as Azra – a librarian (sounds dull but hear me out) who contracts the plague (still bear with me) and is tossed into The Pit – a prison style facility where she and other victims have been sent to die. Azra finds herself near death but travels to a Half Way World – taking other victims to come back and take revenge.

But it’s not all about Azra, and various other characters can be found from different classes, including Rangers, who use bows to bring the pain from a distance, Knights for when you are up against armoured enemies, Ice Mages who can use magic to chill and slow enemies, Healers who can keep the rest of the party healthy, and even Dragons who can be persuaded to fight by your side if you help them out! Each class has one named character that is part of the story, and then additional ones can be recruited at the various towns that are dotted around the map of The Pit. 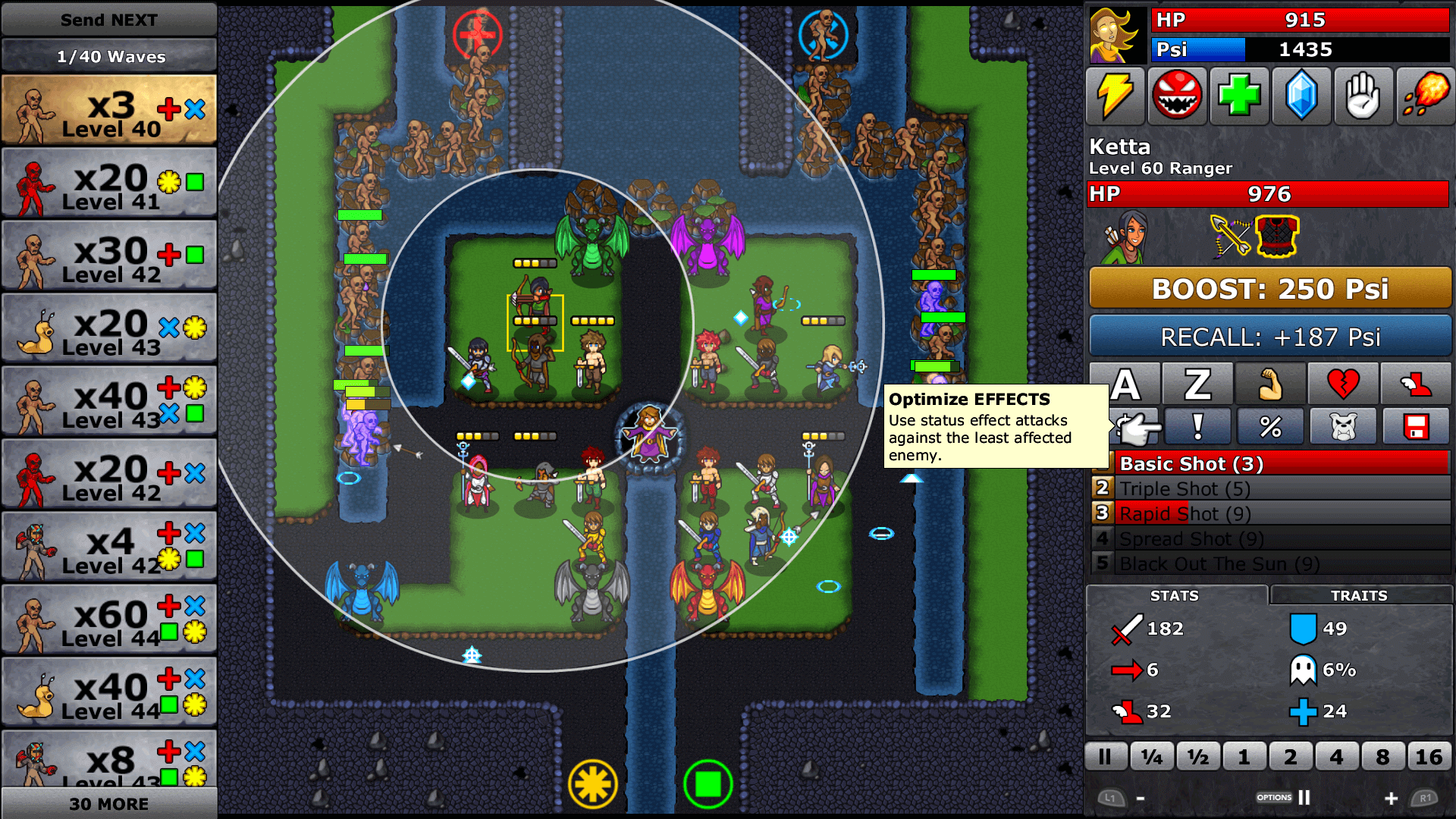 It is in these towns where you can buy your heroes new gear, like weapons or armour, or even hire extra people to join your team and help out. These guys are randomly generated and don’t speak, but can be upgraded like the named heroes which is a real bonus in later levels.

Visually, Defender’s Quest is very simple to look at and not necessarily in a good way. The 2d graphics are reminiscent of games gone by but don’t look that great these days – even in HD. The cutesy bright animated story cut scenes are good if a little similar in colour palette but do break up the dreary looking menus.

The leveling up and RPG elements of the game are the best elements of Defender’s Quest. While the systems can take some getting used to, the game play is deeply satisfying – Azra must fight through hordes of enemies using defenders she has recruited to take down monsters and help with defense – you can use healers, rangers and even dragons to join the fight too. t’s part placing the right fighters in the best positions – using the combinations of abilities to successfully defend and if things aren’t going that well, you can slow or speed up time as you see fit adjusting your squad as you see fit. 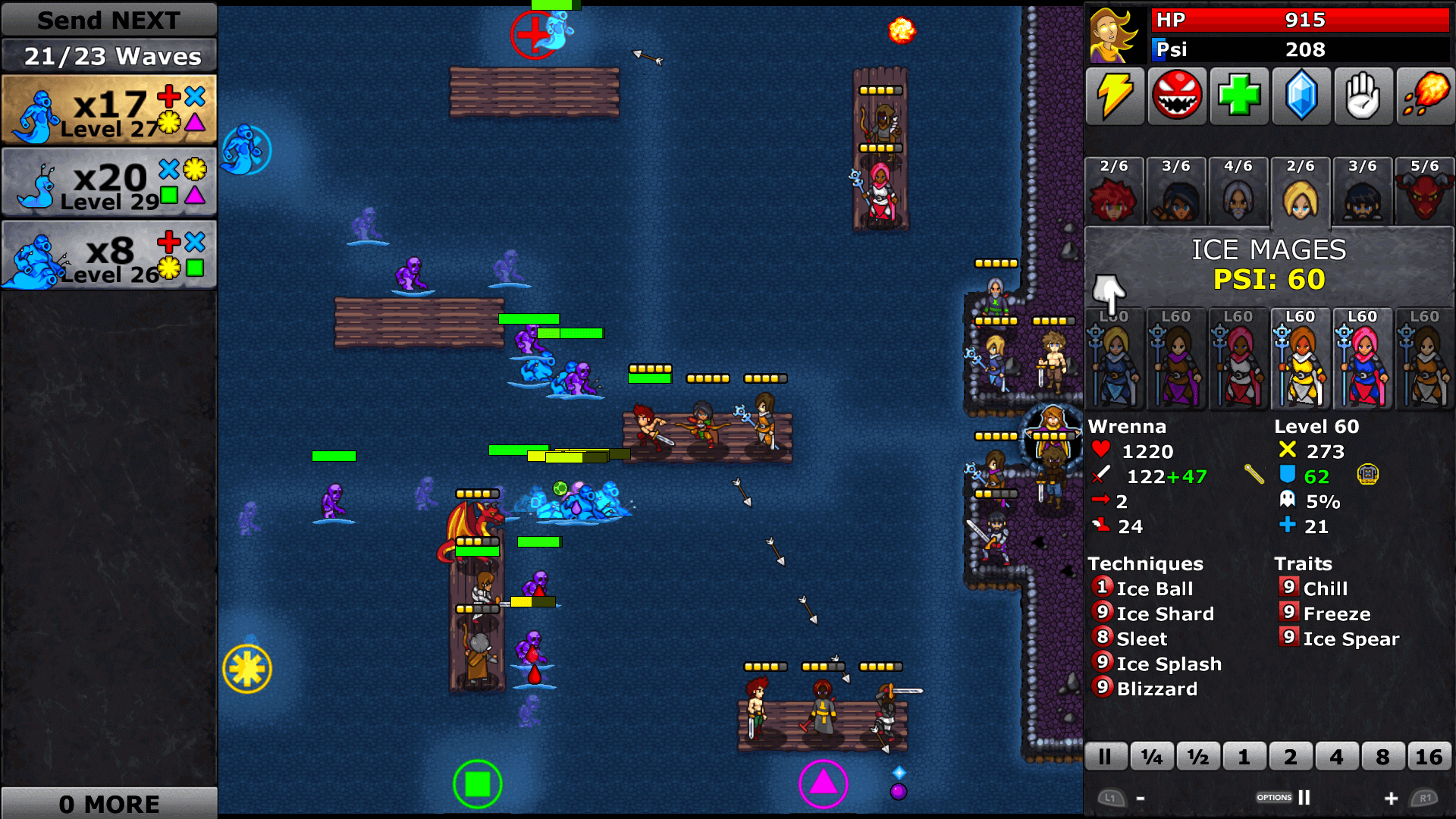 The problem with Defender’s Quest, as mentioned at the beginning of this review is the difficulty. I found some levels very difficult to play and often found myself switching difficulty modes just so I could complete each one. This may not be an issue for some gamers, but I’d warn beginners that it can be quite a pain.

Defender’s Quest: Valley of the Forgotten DX Edition has a brilliant mix of tactics, RPG elements and tower defense that utilises the best of each to create a rewarding game at its core. It’s got a wicked sense of humour and fun but is only let down with simple graphics and that niggly difficulty!