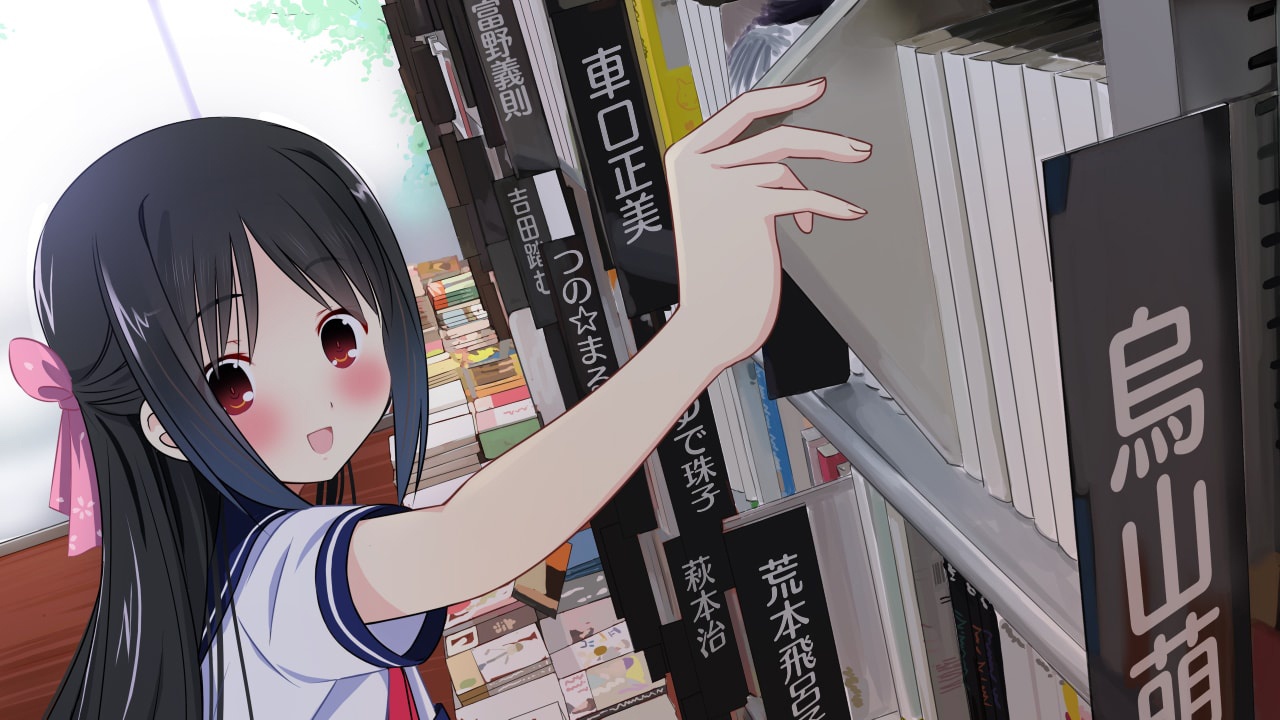 There are people who learn Japanese purely for the sake of playing video games. This is a bonafide fact, and it has varying degrees of success, from a former coworker I had who ended up moving to Japan and getting married to a native, to my own dumb ass that tried to play Mother 3 for about five days before giving up and waiting two years for the localization patch. Video games are as great a way to learn Japanese as watching movies or reading comics: you’ll end up with some oddly specific vocabulary and phrases, but the general tone is still great. So it’s pretty cool that the creators of the visual novel, Tokyo School Life, had a specific audience in mind when they created their slice of life/dating simulation visual novel. The title might not be breaking brand new ground in terms of setting or results, but the presentation and the style cannot be understated and, in many ways, should be applauded.

Tokyo School Life thrusts you into the role of ENTER WESTERN NAME HERE, who was selected from his high school to spend two glorious months at their sister school in Japan. You’re at the probably fake Ohkama High School, and you immediately run into three girls: Karin, Aoi, and Sakura, because why not fall into the three most popular names of Japanese love interests ever? Anyways, your character says, point blank, that he hopes to meet cute Japanese girls, and, sure as the dickens, he runs boob-first into one (who brands him a pervert for the indeterminate future), sprays one with tea (who then apologizes for getting sprayed with tea), and watches one just float into the classroom like an angel (and she’s naturally the most gentle soul in the world). So now you gotta decide who you’re going to chase, try to juggle relationships, still focus on school, etc. etc. You know the drill, we’re not pulling any punches here: two months, get the girl, get back to America, see what happens. Don’t worry, “John Smith,” Tokyo School Life isn’t going to pull any School Days nonsense on you: the path is clear. 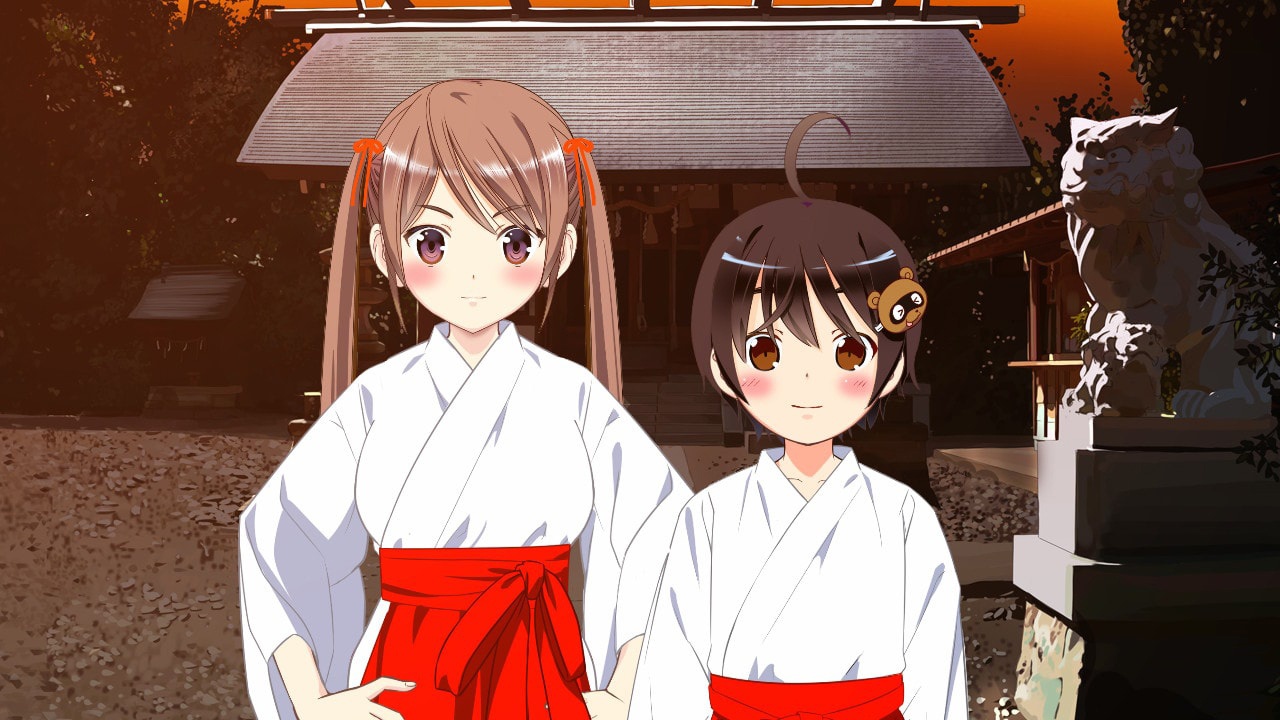 As a dating simulation visual novel, Tokyo School Life follows the formula as you’d imagine in these types of situations. You read a whole bunch of text from the protagonist’s inner monologue, read and listen to some lines espoused by classmates, teachers, adults and others, and then occasionally make choices about what to say or do that will then take you down a different pathway. With several save slots and the opportunity to drop a flag at any moment (plus a convenient auto save that allows for different frequencies of auto saving), it’s possible to have multiple balls in the air and do several branching storylines at the same time. I do recommended to be civically minded and try to focus on one at a time, however: multiple save slots means trying to keep track of what and who you’re doing at the time, and fudging up things means getting a potentially lonely ending. Oh, and don’t expect anything behind the scenes of this game like NEKOPARA or the like: M2 designed Tokyo School Life from the ground up to be PG-13, and you’re high schoolers, so nothing’s going to happen.

In terms of straight up storytelling, Tokyo School Life can be dull as dishwater at times. The tropes, stereotypes and eye-rolling predictability could be seen by anyone who’s even glanced at a romantically driven anime, or at least heard of one. You end up sharing a dormitory with the aforementioned three girls, you do study dates and explore Japan, you end up in Akihabara and talk hentai with maids, it’s all there. The best way I can describe it is that Tokyo School Life takes what the average foreigner anticipates their first trip to Japan to be like, keeps some elements and either takes a hard left or leans heavily into others. For example, our main dude isn’t just having women fall over him, despite what his Japanese teacher in America may have told him. This is pretty relatable, as I think every teaching assistant who did a year of JET comes back espousing the attractiveness of any and all foreign men. Then again, the demure, sickly girl being into the badass heroine anime manga is a game path so well trod, there might as well be vending machines along the way.

What makes Tokyo School Life work is the technical details that are strewn throughout. First and foremost, the attention to detail in the animation and character actions is surprisingly high quality and well done. A lot of visual novels that I’ve seen recently either have no movement for the talking heads whatsoever or do this sort of stilted, broken action where they move for a moment and then freeze like you trapped them in ice. The production value on the game is very high quality, and the extra bits of background and atmospheric touches keep the game honest, like the apartment style of the dormitory or the shape of the houses in the background. Plus, the developers were able to get some great voice talent for all the female roles, putting this a bit higher in terms of presentation that many other Western VN endeavors. This might not be on par with something from a bigger house in Japan, but this definitely deserves recognition in terms of what they could do with their own materials. 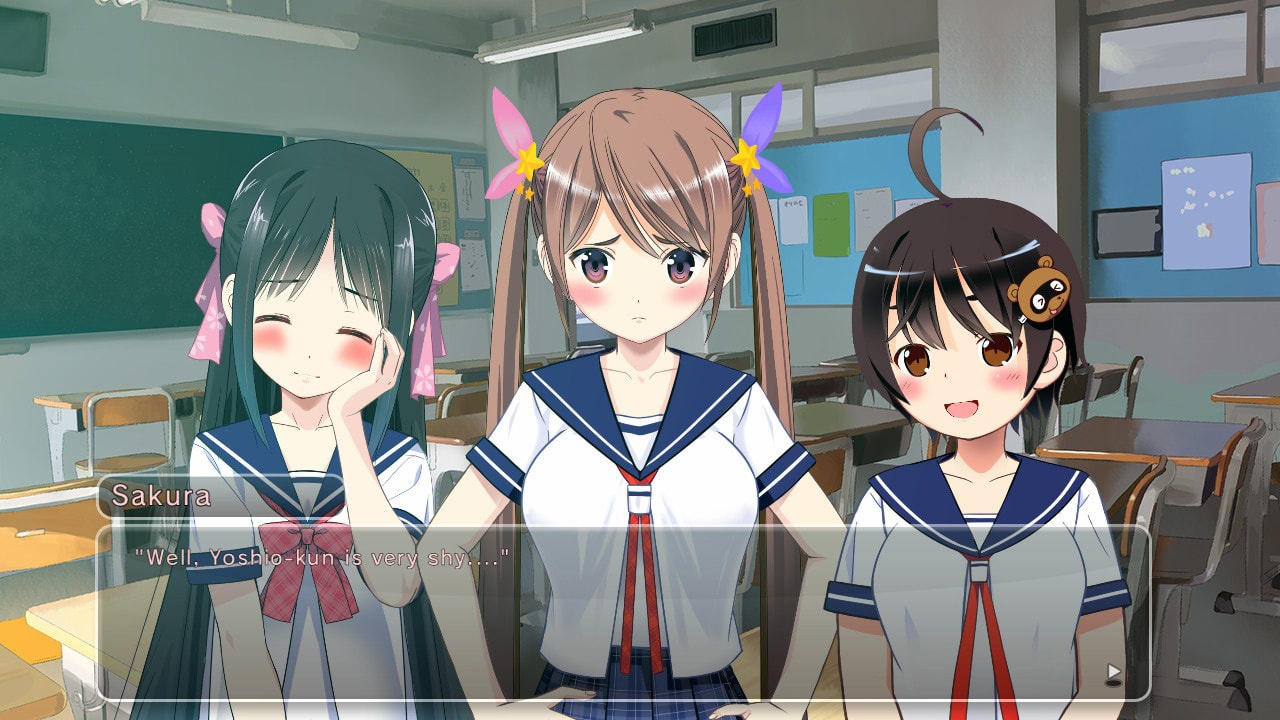 The best part, easily, is the inclusion of Japanese culture and lifestyle in the game. Our protagonist isn’t just an otaku of the standard variety, but a deep Japanophile who is willing to learn and hear more about Japan from the native people. It’s a convenient situation that he can’t read or write so well, but manages to speak near fluent Japanese fresh off the plane, but I digress: suspension of disbelief for the purpose of game delivery. You can seriously use Tokyo School Life as a small bit of a learning tool, as you get to hear and read the game in Japanese in conjunction with the English (or other language) subtitles that are a near constant throughout the game. I was pleasantly surprised to see the translation was on point, very clean and direct, with a few artistic liberties to make localization a bit more appropriate but nothing totally out of range (no jelly donuts in this game). The majority of your character’s inner monologues are not about bust size and cute outfits, but about reminding himself what he knows and doesn’t know about Japan, and asking people who are actually happy to explain it to him. If you want to know about Japan through a gaming filter, this is a shockingly great way to learn.

Tokyo School Life isn’t really for the super serious visual novel or dating sim player. It’s a very cute, very PG, and very stereotypical title that has the added bonus of excellent animation and voice acting. More than anything, it’s incredibly charming through the aspect of teaching while also pursuing a potential romantic interest, one that the protagonist himself doesn’t anticipate going further than just a “summer love,” but is hopeful for more. It’s honest, and it does right by Westerners who are interested in learning about Japan (or even Japanese who want to learn what foreigners want to learn about). Give it a try if you’re new to the VN scene and want to try something cute that won’t end in cleavage, but don’t anticipate a massive story to drag you in: it’s more of a gentle river than a whirlpool.

What Tokyo School Life lacks in story is more than made up in charm and technical finesse.