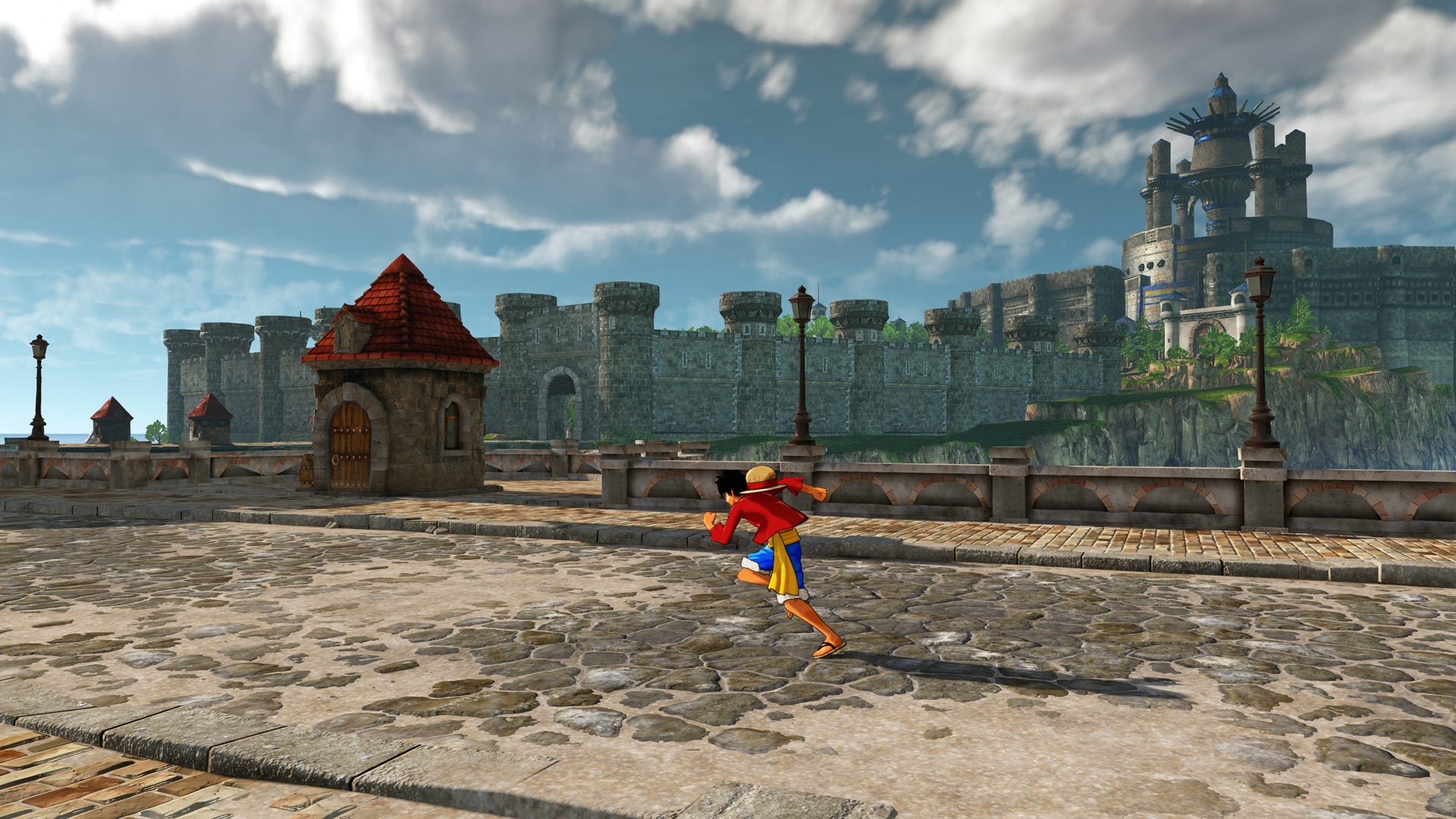 I’m not the world’s biggest anime fan, and my knowledge of One Piece is moderate at best. Even so, I know that anime games in general have a penchant for mediocrity, meaning I didn’t expect much going into One Piece: World Seeker and my assumptions were pretty much on point; World Seeker isn’t a good game.

If you’ve ever played an open-world game and thought, “There’s nothing to see or do” and subsequently found yourself bored, you’re in for a rude awakening when you boot up this clunker and experience your worst nightmare. World Seeker offers what is beyond doubt the most desolate, pointless open world I’ve ever seen across any genre or generation. It’s not only a lifeless wasteland of boredom, but it’s a wasteland of boredom absolutely filled to the brim with pointless, agonizing questing. Walking from one end of the map over and over again to exchange lines of dialogue isn’t fun when there’s nothing to do between those connecting locations. Ziplining and dashing around can make traversal feel fun in the beginning, but eventually even those mechanics can’t save the open world from being a complete failure. Thank heavens for the inclusion of fast travel. 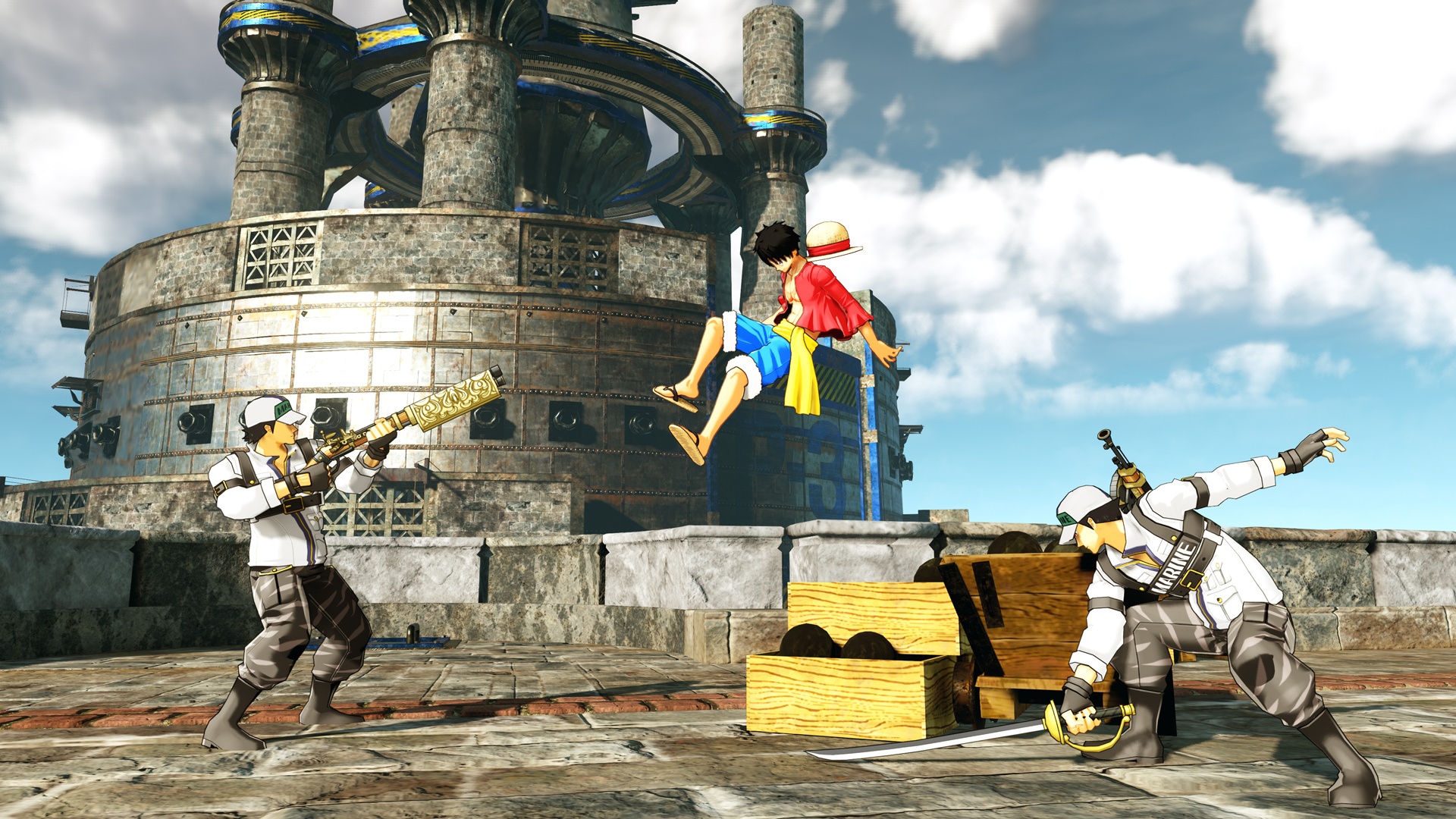 It doesn’t help that story itself is such a dull offering either. The Straw Hat pirates are after some treasure on Prison Island, quickly find out it doesn’t actually exist, and then get split up as a plot unfurls to bring them towards a humdrum conclusion. While I appreciate that the full cast is voiced by the original voice actors, the bland dialogue and sluggish gameplay required to access new story elements ruined any chance of finding myself engaged in the plight. Even worse, the exceptional voice acting only applies to cutscenes; the remainder of the game’s conversations aren’t even voiced and are presented with stiff, lifeless characters. It’s downright appalling to release a game on a modern console with such poor presentation.

Since players only control Luffy, other main characters from the series are delegated to little more than dialogue boxes who show up periodically to move along the plot or set up quests. At least some of them are useful and sell cosmetics and equipment, but when some of your most beloved characters are pushed to the background and treated as second-rate NPCs, you aren’t doing justice to your property.

I’d love to say that the moment-to-moment gameplay was at least average, but even the best aspects of the experience are ruined by shoddy implementation. While things look exciting in action, there’s actually very little happening on the screen at any given moment that would require thought. Mashing buttons can easily win almost any fight against almost any enemy, making the multiple stances and chaotic visuals of fighting more or less pointless. 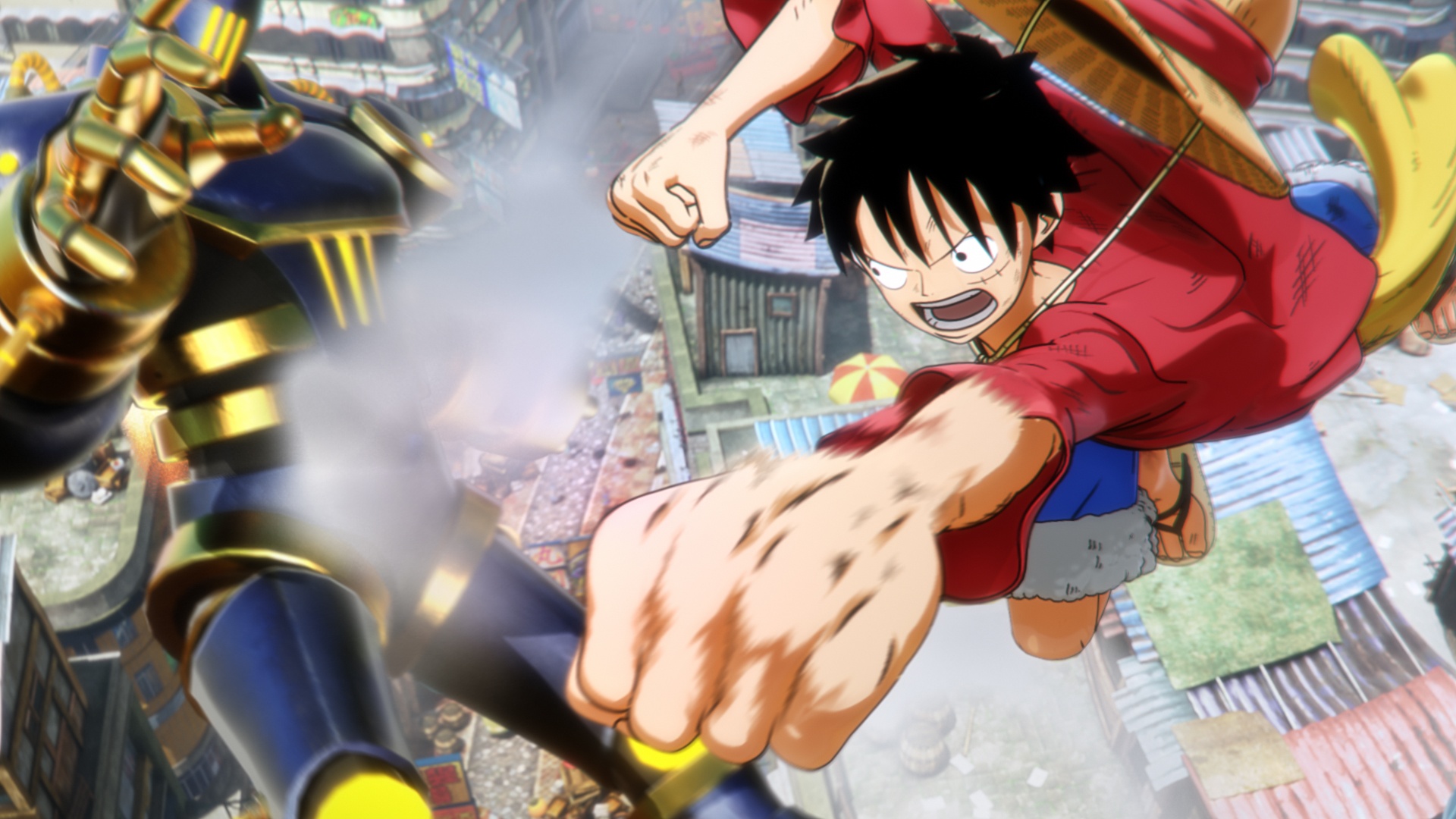 While upgrading Luffy with acquired skill points is useful for advancing your arsenal, I never found any of the upgrades felt game-changing. Obtaining a new skill never amounts to anything that altered how I engaged in the repetitive, effortless combat (mashing buttons and winning endlessly). Some of them looked cool, but when there was no meaningful reason to use them, looking cool wasn’t really enough to make me bother.

For all of its quirky or downright terrible mechanics, one can at least respect the attention to detail the developers have to One Piece’s authenticity. The voice acting, visuals, and overall tone all align well with what a fan would expect from the series. But the game lacks an engaging narrative or even average gameplay, and the way it presents its otherwise good aspects clashes with its horrendous presentation problems. There’s nothing here for fans or newcomers to latch on to, leaving One Piece: World Seeker destined for the bargain bin.

The game lacks an engaging narrative or even average gameplay, and the way it presents its otherwise good aspects clashes with its horrendous presentation problems.