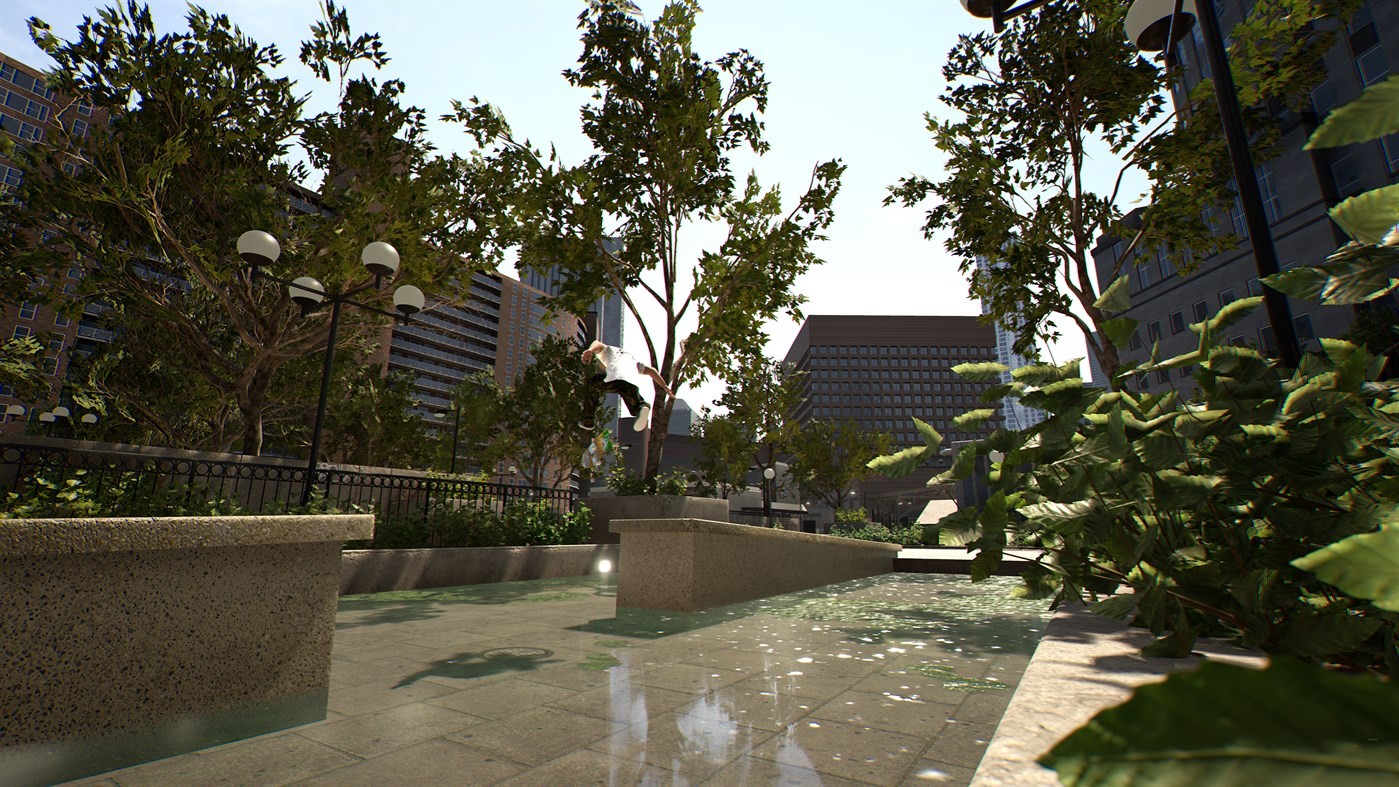 Skateboarding has long been a pastime enjoyed by both adults and children. Some people consider the sport as a nuisance, and particularly antisocial. This belief has fortunately been reduced as councils around the country add in skate parks and areas for people of all ages to enjoy themselves. Having risen from an underground scene to recent prominence with competitions taking place in the X Games, and more recently added to the postponed Tokyo 2020 Olympics, it doesn’t surprise me that the sport is getting more popular, and the desire to be able to relax at home and play a Skateboarding title has increased. In previous gaming generations, we were all lucky to be treated to some excellent Skateboarding games, namely; Skate and Tony Hawks. The latter is currently being worked on for a remake, and EA has recently announced that they are working on Skate 4. What happens if you want to play now? Luckily Session: Skateboarding Sim has recently been released, and hopefully it’ll scratch that itch for gamers who are desperate to grab their virtual board and pull off some awe-inspiring tricks.

Session: Skateboarding Sim is currently in the preview program, and as such, most of what I have experienced is likely to change, or be tweaked. There is every chance that what I write here will be out of date by full release, and as such, my thoughts are only valid for its current build. Developed and published by Crea-ture Studios, they have decided to focus on the realistic elements of being a skateboarder. They haven’t followed the arcade path set by their peers. You won’t see a scoreboard insight, and there aren’t any multipliers for combining insane tricks or jumping off of rooftops. This makes the gameplay considerably slower than other boarding games that I’ve experienced, and with the focus heavily aimed at performing tricks, and your approach and landing, this title has a bit of a brutal learning curve.

The game starts with the option to select your difficulty, this varies greatly from a complete noob, who has no idea, but likes the sports culture, to professionals who want to show off their skills and expertise in a virtual setting. You then appear on a city street, where you are introduced to the basic game mechanics by a skating tutor, who oddly is in a hurry to get home and finish his laundry. Once you have followed all the instructions you are free to experience everything that this game preview title has to offer. You can select up to 4 maps, these vary from underground car park to a skate park. Though the landscape changes, the basic game premise is exactly the same, explore, and pull off perfect tricks for the world to admire. 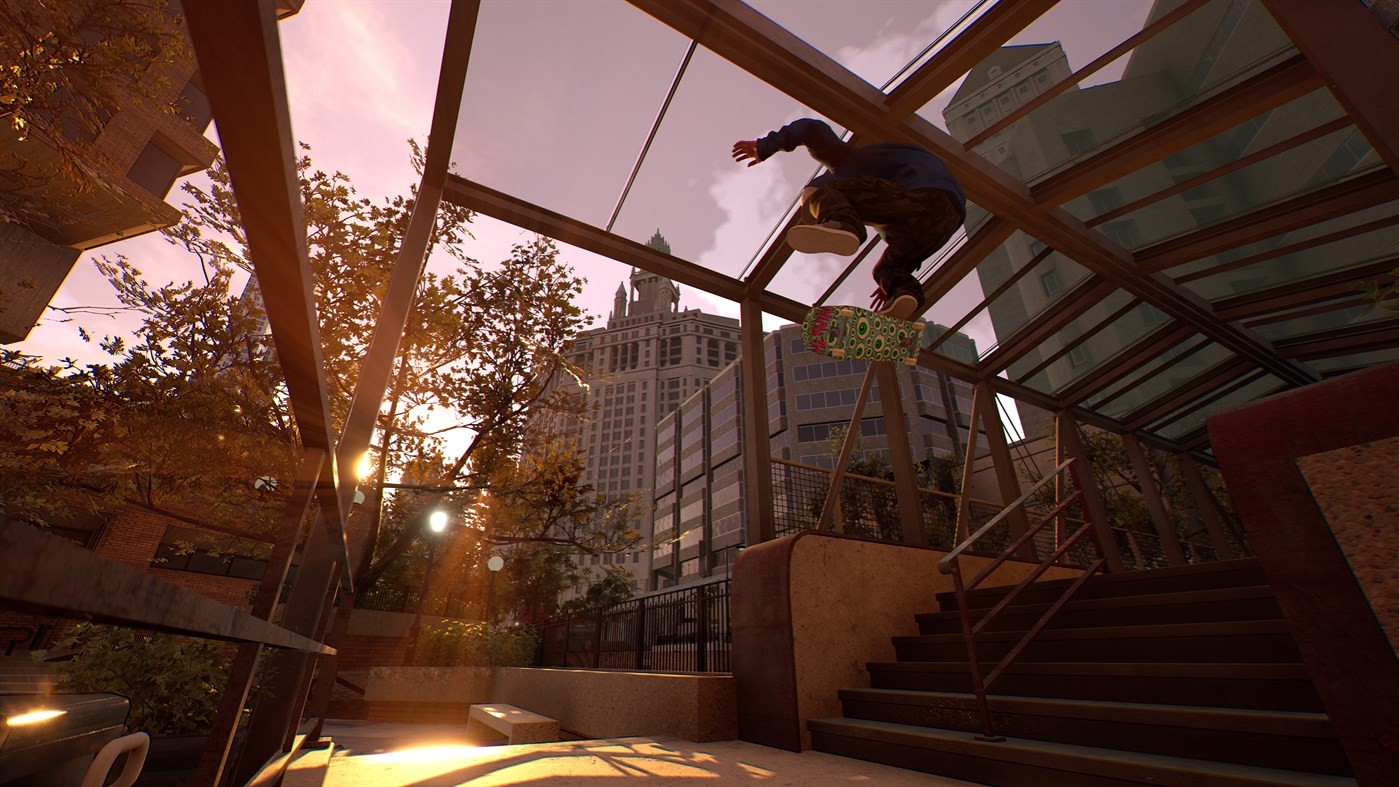 The gameplay is particularly limited at the moment, which does reduce the longevity of this title currently, but its potential is there for everyone to see. When you pull up the menu, you are given the chance to experiment with the areas that the developers are currently working on. At the moment you can try a “couch” Co-op mode called SKATE it’s effectively just the game HORSE. Each player takes it in turns to out trick the other, the person who performs the worst gets allocated a letter until you form SKATE, you are then crowned the loser. Grabs for tricks are currently being implemented, but they suffer quite badly with glitches, so I gave up on these, as I’m waiting for them to be a bit more stable. If Crea-ture Studios keeps adding content, then this will certainly be a fun game to play, with some interesting game mechanics, and a sound gaming premise.

When I’ve previously experienced Game Preview titles, and trust me, I’ve played a lot, I’ve found issue after issue. Fortunately, Session: Skateboarding Sim didn’t really suffer in this way. Graphically, it looks really nice, and it’s mostly finished to a good standard. I didn’t find any rubberbanding issues, and the setting in which the action takes place is well designed. The character models look good, and the animations are smooth, especially when completing any tricks, or moving through each level. The lighting is a little on the low side, giving everything quite a dull look. It would have been nice to see some more vivid colours chucked in, whether it be on the player model, and accessories, or perhaps graffiti that could be located around the stage.

The audio is as you’d expect from a title that focuses on an adrenaline based sport. The music matches the theme perfectly, with its upbeat tempo, and aggressive tunes. Even though the music was apparent, it just faded into the background, allowing you to enjoy it while you rolled around each stage looking for your next rail, or jump. The sound of the board moving along the tarmac, and the clutter of the wheels on the ground matched the action, and from my personal experiences was exactly what you’d expect to hear when skating in a park, or on the streets. With bails and tumbles inevitable, there should be a harsh bone-crunching sound when your skater hits the ground. It should make you wince each time it happens, but the developers have failed to implement it, it’s a shame, as they are clearly pushing for a realistic title, and without it, it feels a little hollow. Even without the support of sound effects, I must admit I did chuckle when my skaters flailing body was left hanging half on and half off the nearest rail that they had failed to ride. 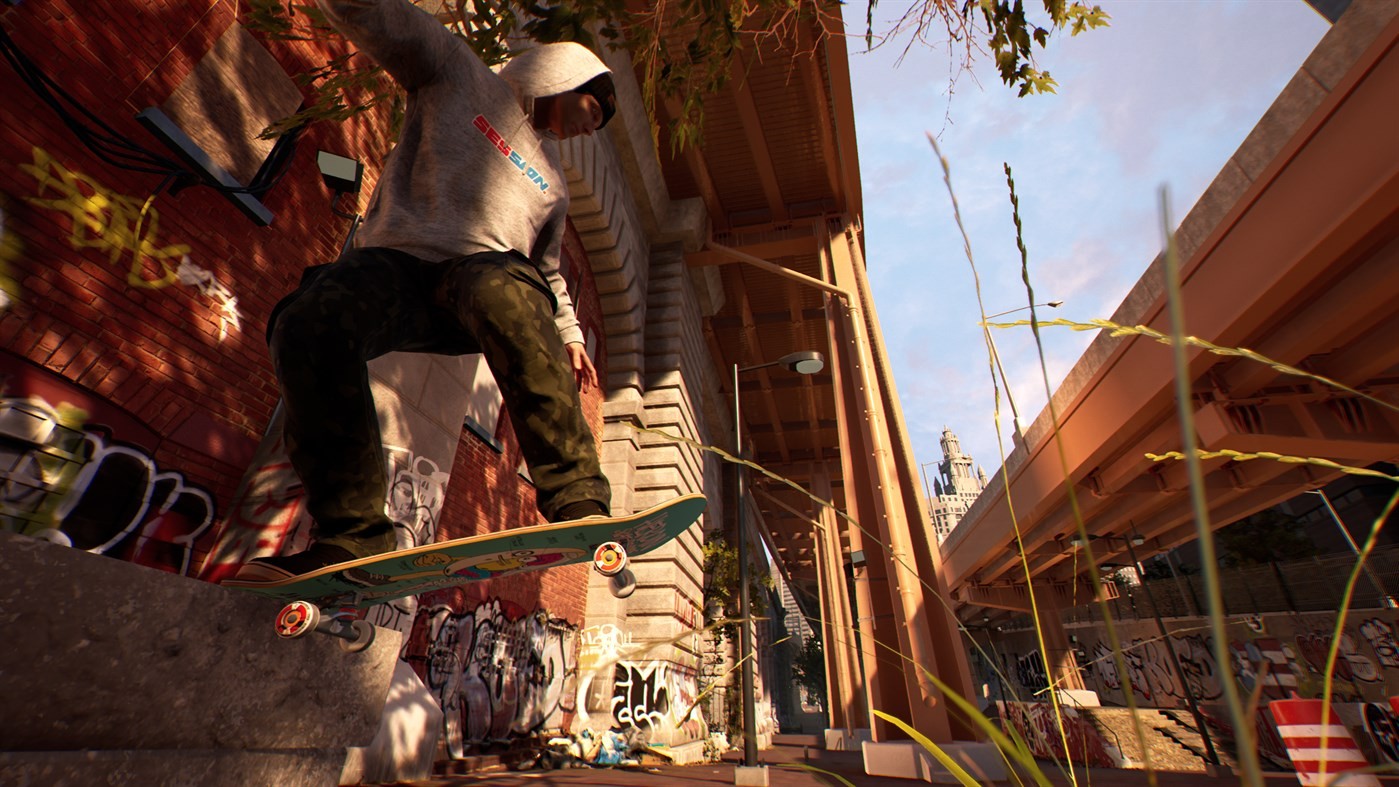 I believe even the most seasoned pro will struggle with the control system in this title. It’s particularly fiddly, with the developers expecting you to have a vast amount of digit flexibility and dexterity. I continually pressed the wrong button, lost speed due to forgetting that I needed to propel the board, and mistimed my jumps and landings repeatedly. With an awful lot of practice I may be able to consider myself semi-competent, however, I very much doubt it. If you wish to take this title on, a basic understanding of the principles of Skateboarding will help, but it’s not entirely necessary. I’d just say expect to have to work hard at learning the different tricks, as combining each analogue stick produces a different result, and simply pushing them in random directions will not work. I know it’s a simulation game, but this one is particularly tough to master.

With a lack of variety of gameplay options at the moment, and the action playing out quite slowly, you may be concerned that there isn’t a lot to draw you back to keep playing. In its current build, it is fun but quite restrictive with limited things to achieve. There are lots of indications of how the game will develop, and the depth that the game mechanics will take. A number of multiplayer games will likely be made available, and all aspects of skateboarding will be explored to give the player the full experience. Custom options are available for both your skater and your accessories, so you can feel comfortable that you are in control of how you want your game to play out. There is no indication of how challenging the achievements will be, but if it’s anything like the controls, then it will be quite a tough list to complete. As with most simulation games, the number of hours that you get out of the title will depend heavily on how much you like it, as such, I can’t say whether this will represent good value for money. My gut feeling says it will be a thorough and in-depth experience that will offer a lot of gameplay options to the player, so it will probably be well worth the investment.

With the majority of gamers having experienced only the arcade-style that Tony Hawks and Skate brings to the market, it’s going to be tough to undo that mindset and challenge themselves to play something that is a bit more realistic. Session: Skateboarding Sim brings that realism by the bucket load, but has a particularly lethargic feel to it as a consequence. Hopefully, once the developers have added more context, and given the player more tasks to focus their time on, this will override that feeling, and will allow you to be absorbed in the action, and experience the thrill of riding just like in real life. An online mode would certainly add to the feeling of community that is strong amongst skaters, and I believe that this would complement the game’s ideas and core principles perfectly. Can I recommend this title in its current build? Yes, I certainly can. It may not have a massive amount to do at the moment, but this is reflected in its discounted price. I believe that Crea-ture will flood the game with content, and this will suddenly move it to the next level. It’s time to grab your virtual deck and try to land some amazing tricks in this realistic boarding simulator.

Session: Skateboarding Sim is more than a game, it’s a way of life. Experience the love of skateboarding in this realistic simulation title.