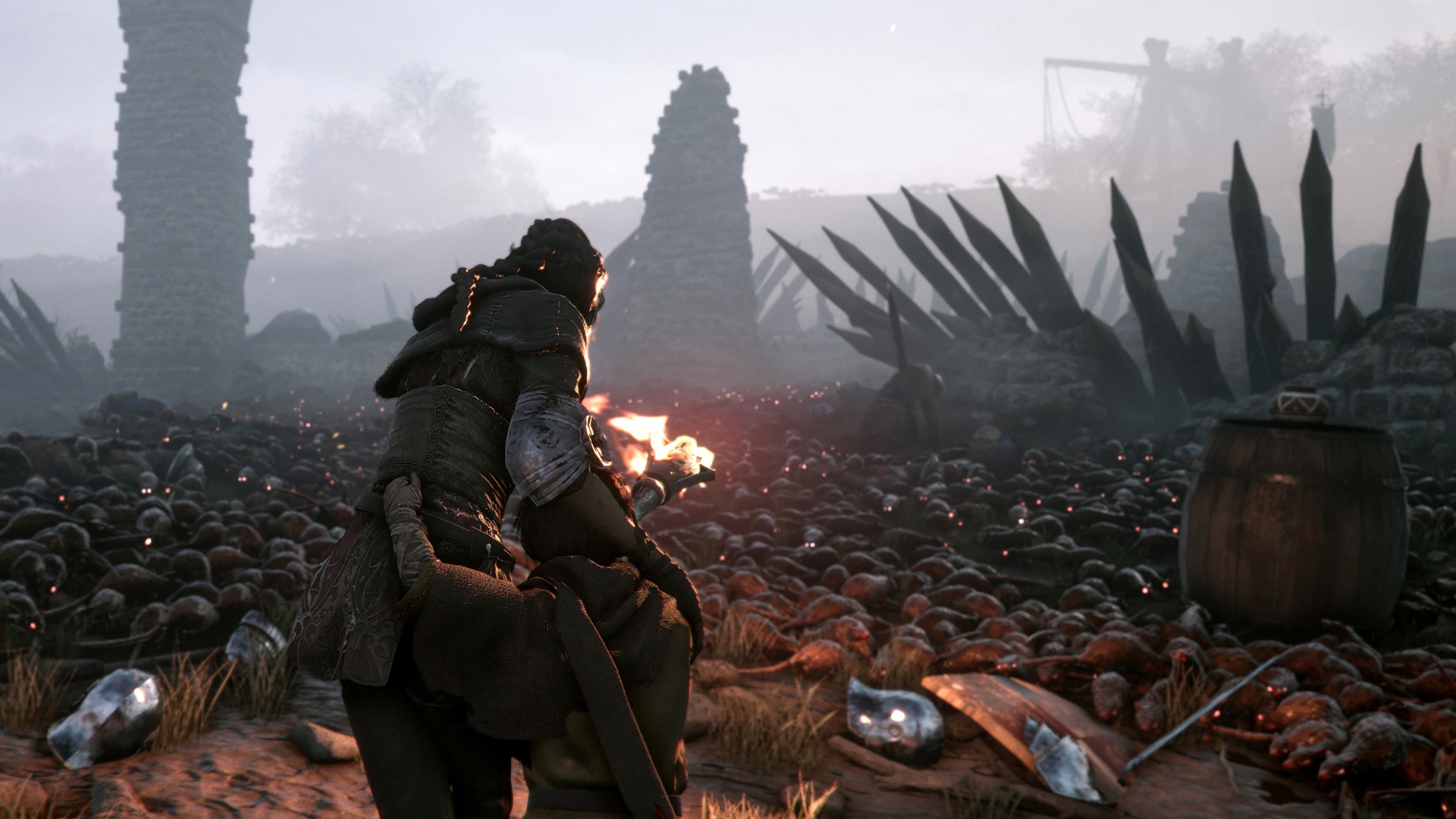 I’m going have to be honest in saying that I didn’t expect much from A Plague Tale: Innocence. Not once I first heard about it, not when I’d seen the first gameplay, nor late last month when the title had hit the gold status. That’s simply because it was presented from the start as an overly ambitious, AA release, which logically was bound to underperform. The visuals were too good to be true, the selective gameplay releases suggested that the title could be suffering from performance related issues and the lack of any in-depth detail on A Plague Tale: Innocence gameplay was worrying. However, A Plague Tale: Innocence has finally hit the streets, and I am happy to say that I was wrong – incredibly so.

A Plague Tale: Innocence, is a third person perspective stealth-action adventure, which tells the story of two young siblings in 14th Century France; ridden by plague, war, and a holy incursion. While all this seems like a lot to take in, then A Plague Tale: Innocence does a great job of dissecting the narrative and presenting it in a digestible and enjoyable manner. That’s because it unravels the story with one line of the narrative, and adds to it as it goes along. So by the time you reach the third chapter – out of sixteen – you know exactly who, what, where, and when.

Besides the main narrative, A Plague Tale: Innocence also features a plethora of underlying plots of additional characters, who along the way join Amicia, the playable protagonist in her quest to protect and save her brother’s, Hugo, life. While all those live their own lives and come to their respective conclusions, they do fortunately make sense by the time you reach the final credits, as while telling individual and intimate stories of third party characters, they all do tie-in tightly to the tale of Amicia and Hugo.

Just like any title, A Plague Tale: Innocence has its own narrative related issues and those mainly relate to certain inconsistencies in the narrative, plot holes and at times baffling writing. While A Plague Tale: Innocence does have its moments of greatness, it also features some lows which defy logic and can at times feel immersion breaking. It is not uncommon to find oneself going ‘why would X do Y?’, or ‘why won’t X just do Z, instead of Y?’. But due to the title’s rapid pacing and the ever-evolving main storyline, those can be swiftly forgotten – but unfortunately they all cannot be ignored.

A Plague Tale: Innocence, is a beautifully haunting, and charming – well, tale. But what elevates it to the next level is the level design and its sublime, high quality execution. A Plague Tale: Innocence is an incredibly attractive game, even if it doesn’t exactly match the pre-release materials showcased by the publisher, Focus Home Interactive. 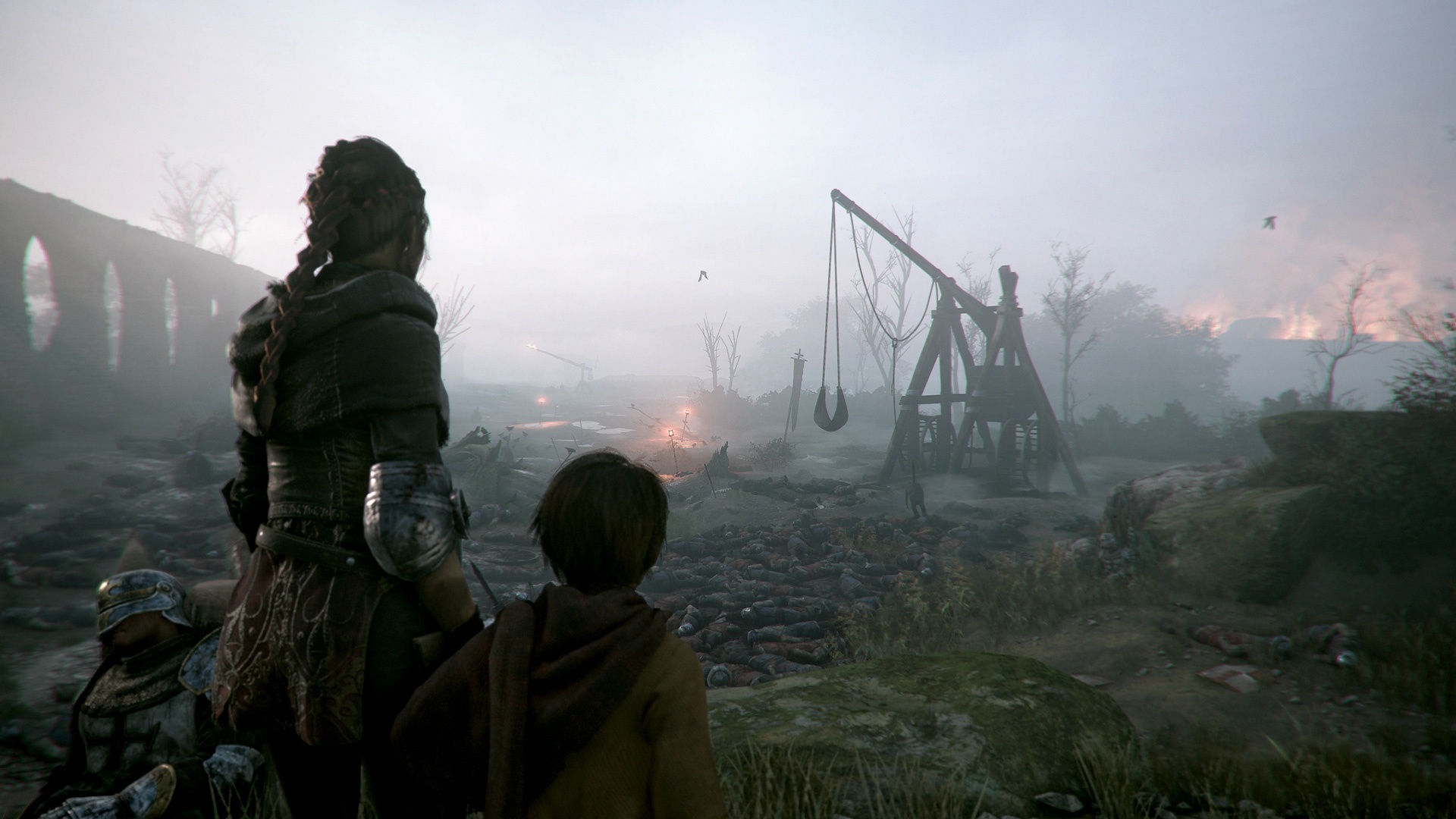 From luscious and sprawling French forests and villages, through flaming farms and corpse ridden battlegrounds, all the way down to fortified encampments and cities; A Plague Tale: Innocence features a wide array of great looking environments, which never allow you to get bored. In truth, fourteen out of the sixteen available chapters feature unique and breath-taking locations, which outclass those of most AAA releases.

For the most part, A Plague Tale: Innocence takes place in poorly lit confined spaces, so it is understandable that within those, the title will not struggle performance wise. However, it also features some wide open areas, filled with lightning effects, hostiles and the rather impressive hordes of plague rats. Even within those, A Plague Tale: Innocence doesn’t hitch or stutter, and this comes across as particularly impressive in the age where corridor shooters often run like slideshows, rather than games.

When it comes to its visuals, and narrative, A Plague Tale: Innocence comes across as a first grade AAA game. But unfortunately, not all of its features and components are of equally high quality. For example, the character animations, especially outside of pre-rendered cutscenes are a little stiff and the lip-sync is limited to simple motions which often don’t match character’s dialogue. These particular issues are the most apparent every time you take a break to enjoy A Plague Tale: Innocence world, because while in motion, the running, walking, and sneaking animations are great, but the second characters start gesticulating and talking to one another idly and the AA quality becomes greatly apparent.

In addition to the above, A Plague Tale: Innocence also lacks some of the detail which many have come to expect from most modern games, AAA, AA, indie, or otherwise. In-game reflections are pre-rendered meaning that the characters do not reflect in them at all, characters do not interact idly with their environment and lastly, A Plague Tale: Innocence doesn’t react to the vast majority of player activity. For example, at one point in the game, Amicia, Hugo and another character come across a ruined village and while there, you are informed that you can take a detour and explore the desolate ruins. While there you can come across a flower, which Hugo puts in Amicia’s braids and once on your way forwards, the third character mentions that you have taken a lengthy detour – but never comments on the change of your appearance. 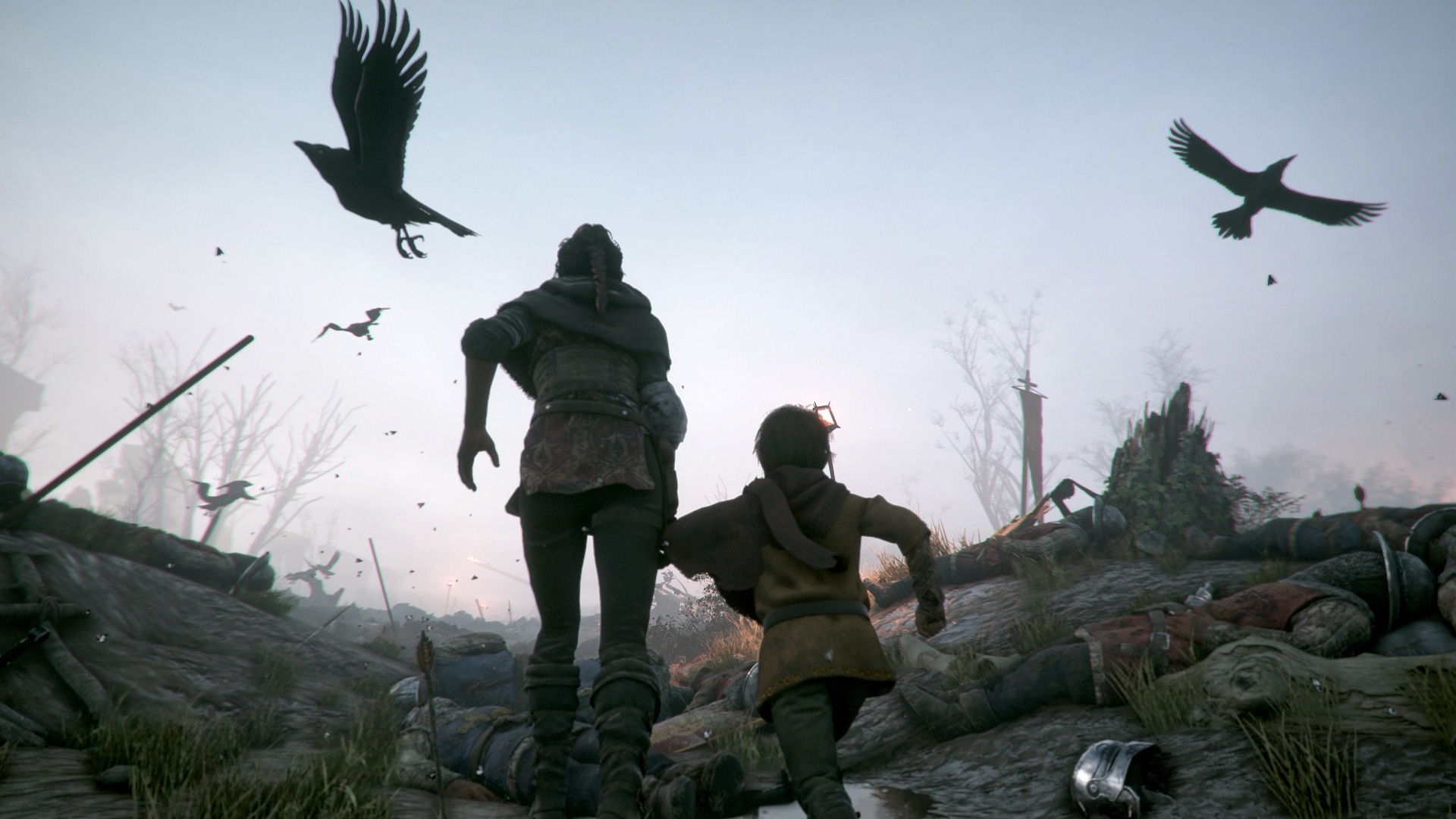 The above issues, may seem like nit-picking – as not all games have to be on par with God of War. However, little details such as the ones mentioned above, are what turn an 8/10 title, into a 9, or even a 10/10. But all things considered, most players will likely not even notice that such are missing, so in the grand scheme of things, player-wise, such are a non-issue really. So if you are not looking for the second coming of Jesus Christ, then you are going to be over the moon with A Plague Tale: Innocence.

As far as the gameplay goes, A Plague Tale: Innocence is acceptable. It is nothing to write home about, but it works decently well and gives you enough options to pick between different approaches to every encounter. But that being said, the core A Plague Tale: Innocence is a little formulaic, as you are constantly going between simple puzzles, insta-fail stealth sections and the dreaded box pushing – which has been seemingly pulled straight out of The Last of Us. Out of the three, stealth sections are the most problematic, as most enemies can hack you down in a single blow and have a tendency to spot you from odd angles and this really wouldn’t be an issue if not for the conservative lacing of the in-game checkpoints.

The core loop of A Plague Tale: Innocence is largely enjoyable, even with its above-outlined shortcomings taken into consideration. As the mix of the above, intersected with cutscenes and exploration is easy on the mind. But what’s not easy, is the addition of the resource based upgrade system, which seems incredibly archaic and punishing. As at any given time you can only carry a very limited amount of resources, and if you wish to upgrade your gear, you are going to have to forget about crafting some of the more complex slingshot rounds, as those use the same pool of resources as Amicia’s equipment and slingshots. So in-game, you can either craft slingshot charges at your will and ease your experience, or upgrade your gear and increase the difficulty of most stealth based sections significantly.

To conclude, all I wanted to say is that A Plague Tale: Innocence has exceeded my expectations so much, that I’m probably going to be biting my tongue about Focus Home Interactive published games from this point onward; as this particular release is simply incredible, even with all of its minor flaws taken into consideration. With hand on heart, I am more than confident in saying that you are better off going with A Plague Tale: Innocence as your next game to play, rather than any of the recently released major AAA games.

A Plague Tale: Innocence is the best title Focus Home Interactive has ever published, and the best game Asobo has ever developed.