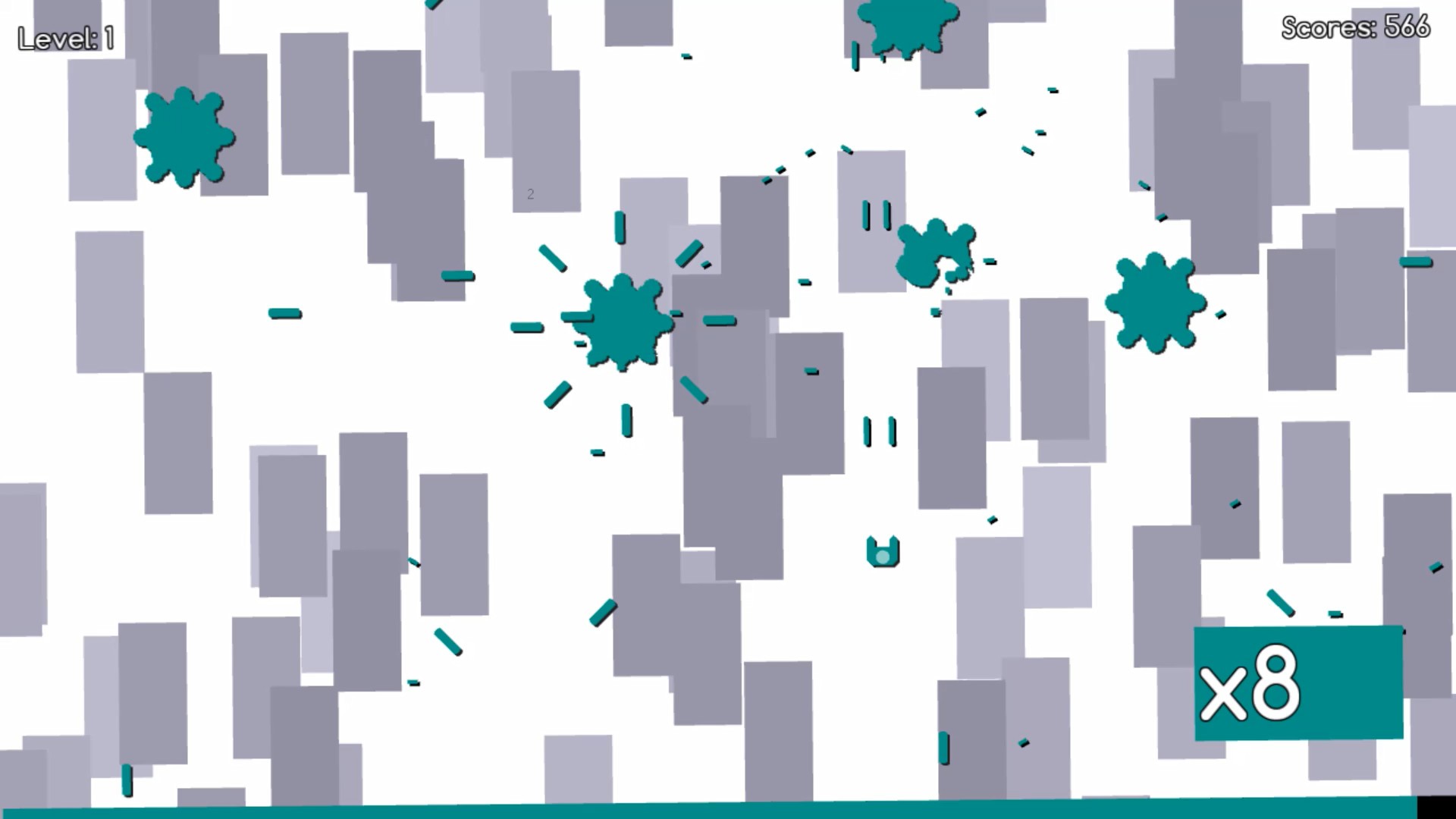 Bullet Beat is a fun musical shooter game that gives you the goal to prevent enemies from either killing you or from reaching the bottom of the screen. This game uniquely does this, however, as everything from the enemies to your own shooting is in tune with its dubstep electronic music.

It consists of 8 main levels, each with its own track, feel and appearance. When selecting a level, you are given the choice of three difficulties ranging from casual to normal and then to hard. Not only does this feature give you the freedom to play how you want to, but it supports any player regardless of whether they want a relaxed experience or something more challenging.

Within the levels the enemies differ and grow more challenging, as you kill them there is a small chance that one may drop a power-up. Not only do the power-ups enhance gameplay, adding a boost to the players character, but they also make killing large groups of enemies easier as the game goes on. 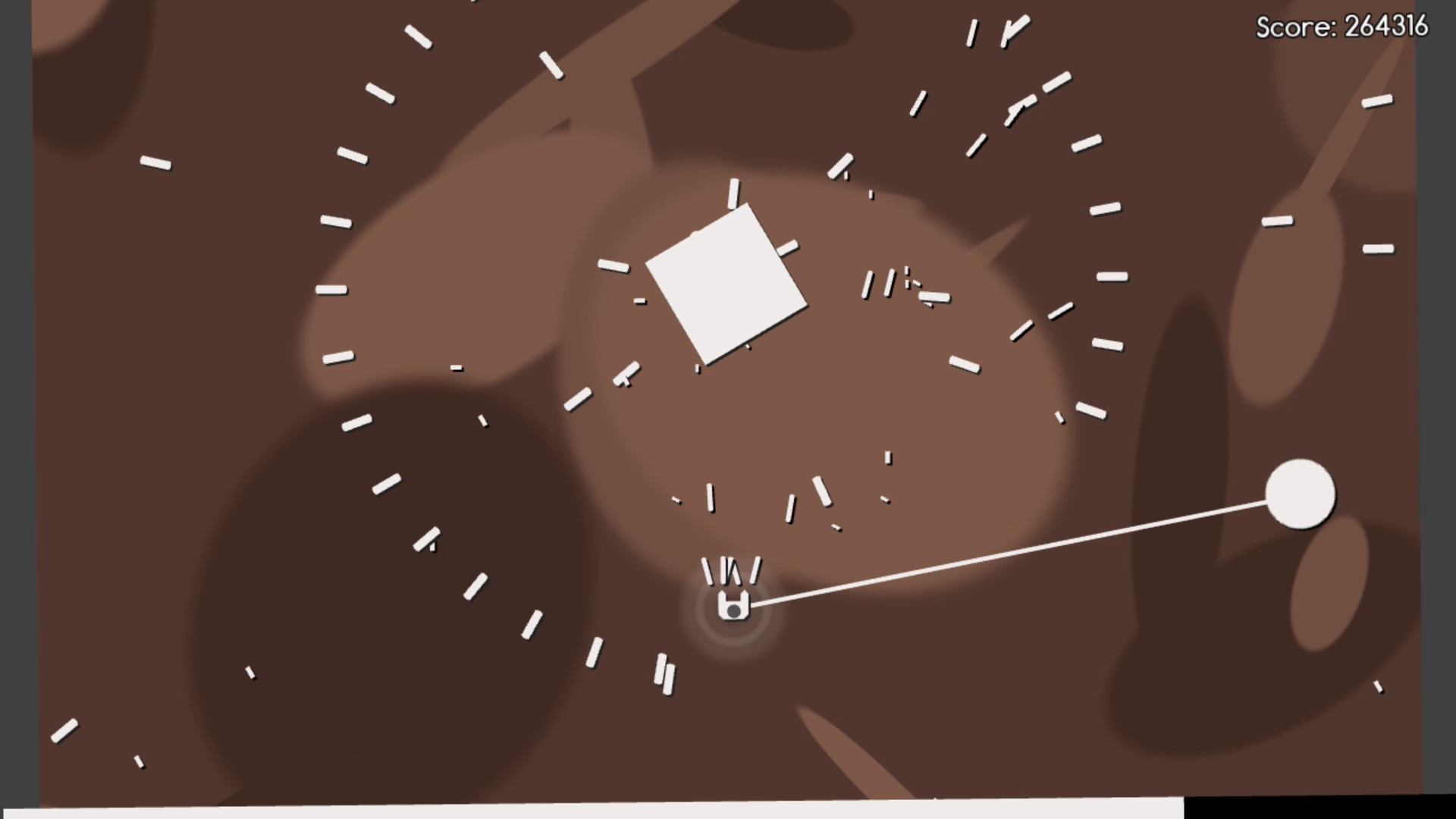 Aside from the levels, there is also an ‘endless’ mode. This mode differs the game by adding numerous stages, enemies and power-ups – ensuring that you never really get bored if you wish to just sit and enjoy the game.

Although, for those who do want a challenge with this mode it adds additional online leaderboards for players to compete against their friends or even just show off their high scores online. As someone who often plays online, I really liked this feature!

The controls for the game are easy to use, they’re simplistic but effective. All you need to use is the left joystick or the directional pad needed to move, Y or B to shoot, plus to access the menu and B to go back. Each movement also works fluidly with the level, when playing there weren’t any issues which didn’t disrupt from the music in any way, which is definitely an important feature as the music is a key focal point within this game.

Each track is unique, fitting perfectly within the levels. Working well by fitting with what’s going on and how challenging it is. In stressful situations where you have multiple enemies shooting at you from all angles however it can only make a level even more of a challenge – or at least I personally found this. After a difficult level though, when the music stops and the game slows down, it does provide the player with a nice feeling of achievement. 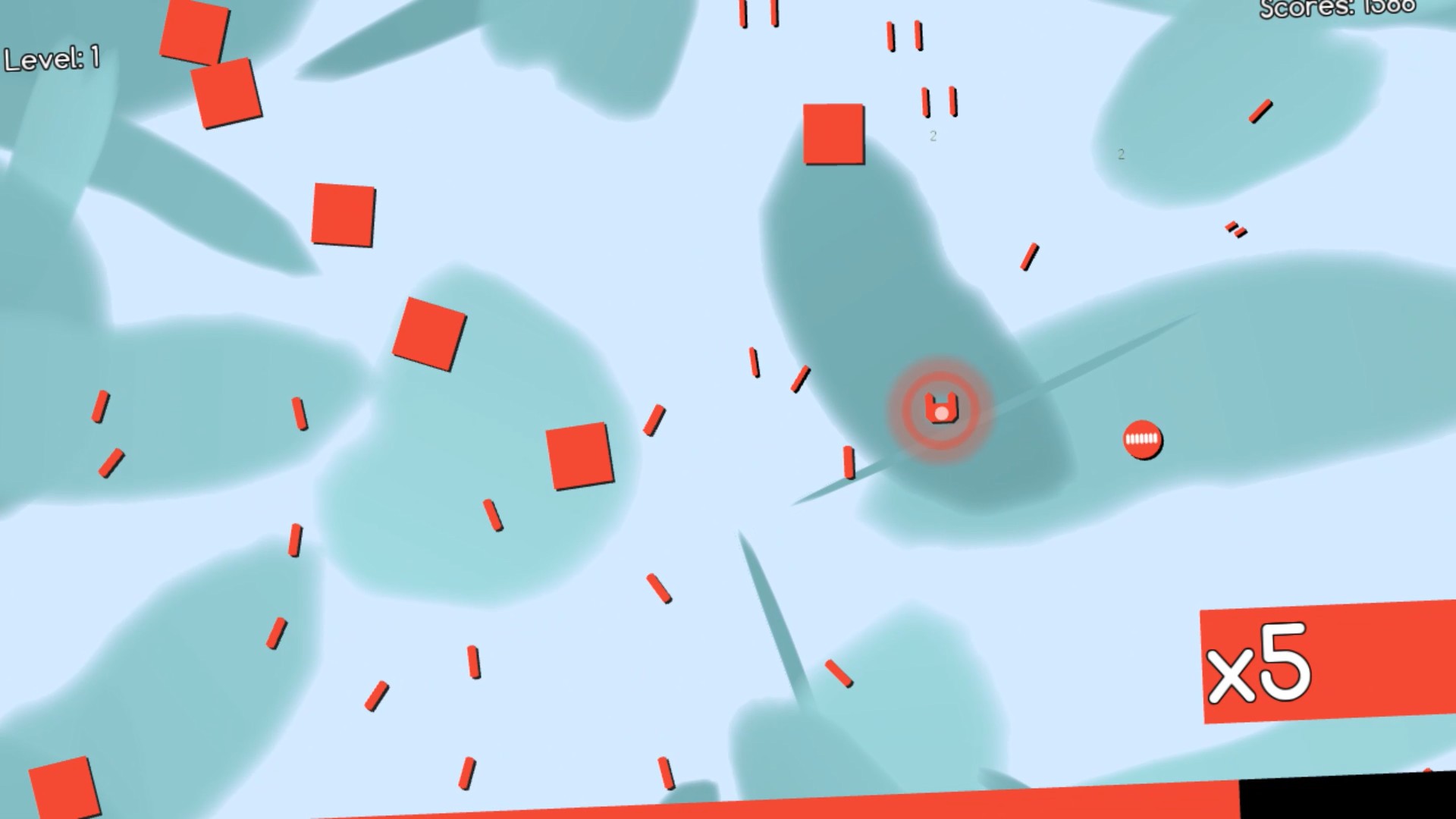 Speaking of colours, each level (alongside its soundtrack) has its own array of colourful shapes. Each variety feels new and refreshing – even in the endless mode, the colours change in a really nice and effective way.

The variety of enemies in both their shapes and colour is also a good touch. The tougher ‘bosses’ within each level are shown as larger, whereas some of the easier enemies are a lot smaller and easier to beat. With this method being used, no real detail is needed for them – the variety almost speaks for itself.

Overall, this is a short game and one that doesn’t require a lot of focus, it is a good addition to your switch library; especially if you like dubstep and want something to just sit down to and take your mind off things.

A simple, yet colourful game where music plays the main role.