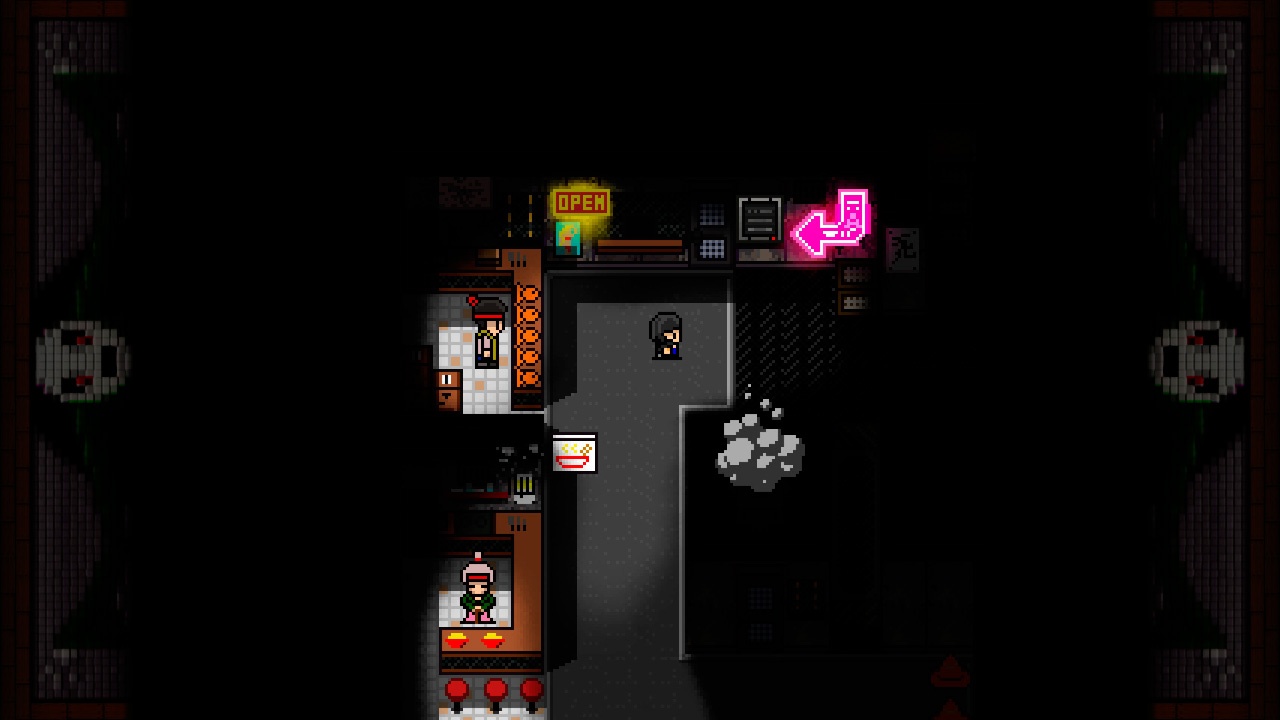 Ratalaika Games are back with another easy platinum trophy getting game with My Big Sister, which is a 16-bit looking RPG that tackles some serious subjects such as depression and suicide within a horror setting. You play Luzia, who is the youngest of two siblings, the other is Sombria who is entering the rebellious stage of her teenage years. They’re both kidnapped by strangers and there’s also an involvement of a witch.

From the onset My Big Sister does tackle some deep issues and also the relationship between young siblings. My Big Sister does have quite a few classic fetch and return tasks which when completed will unlock further areas within a chapter. Unfortunately beyond the fetch requests there isn’t much in difficulty or puzzles. The majority of items you need will be found within the same area you need to complete an action. For example, there’s a window that needs opening, luckily there is a metal bar nearby. Any information you need to proceed can usually be uncovered by speaking to one of the characters in close proximity. 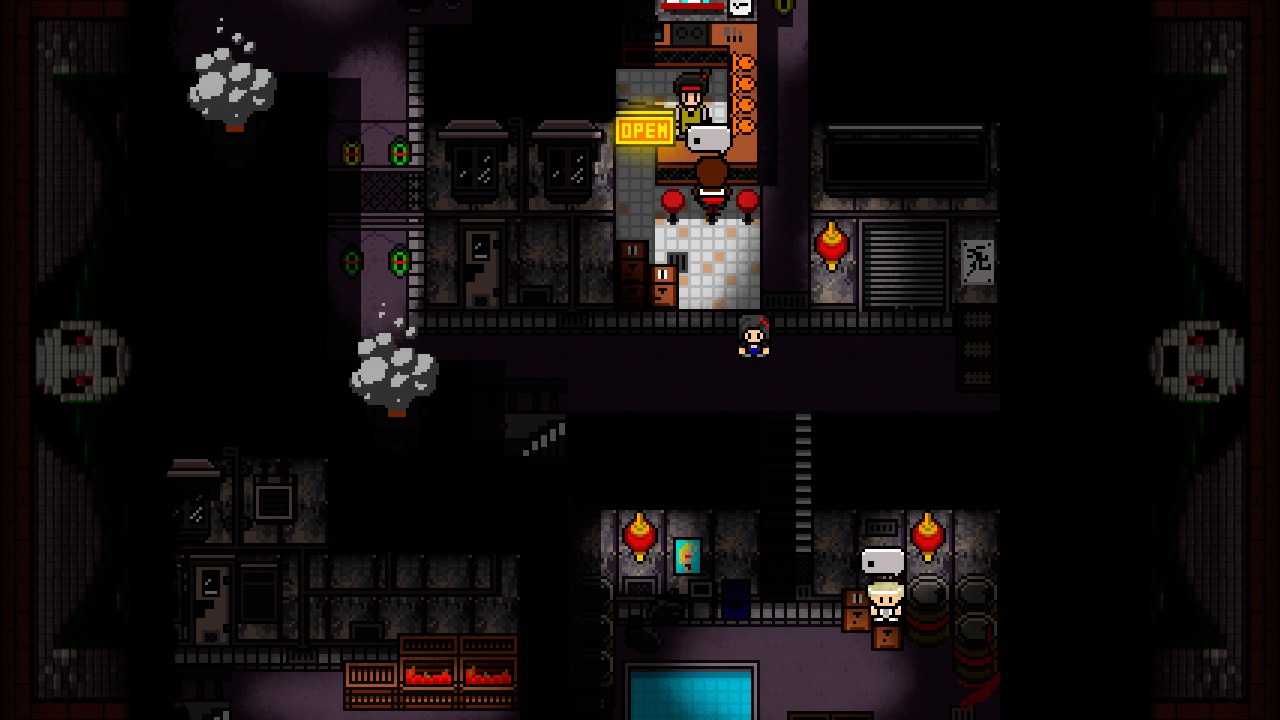 My Big Sister follows a chapter mechanic, so as you complete one you move onto the next, in that sense each chapter is almost treated as a new world to walk around in. The different chapters, because of the graphics, do look quite similar whilst the tasks you take part in are also quite similar, so there are times in My Big Sister where it comes across a little repetitive.

The graphics do bring back memories of the 16-bit era but it does make the screen somewhat unclear at times, it’s more of an annoyance when you’re trying to find an exit but you can’t, simply because it’s quite hard to see it. The pixel-elated graphics do make My Big Sister look quite creepy at times especially when dealing with the witch, but it never becomes scary. That may be down to the fact that there isn’t any spoken dialogue but it doesn’t detract from the experience. 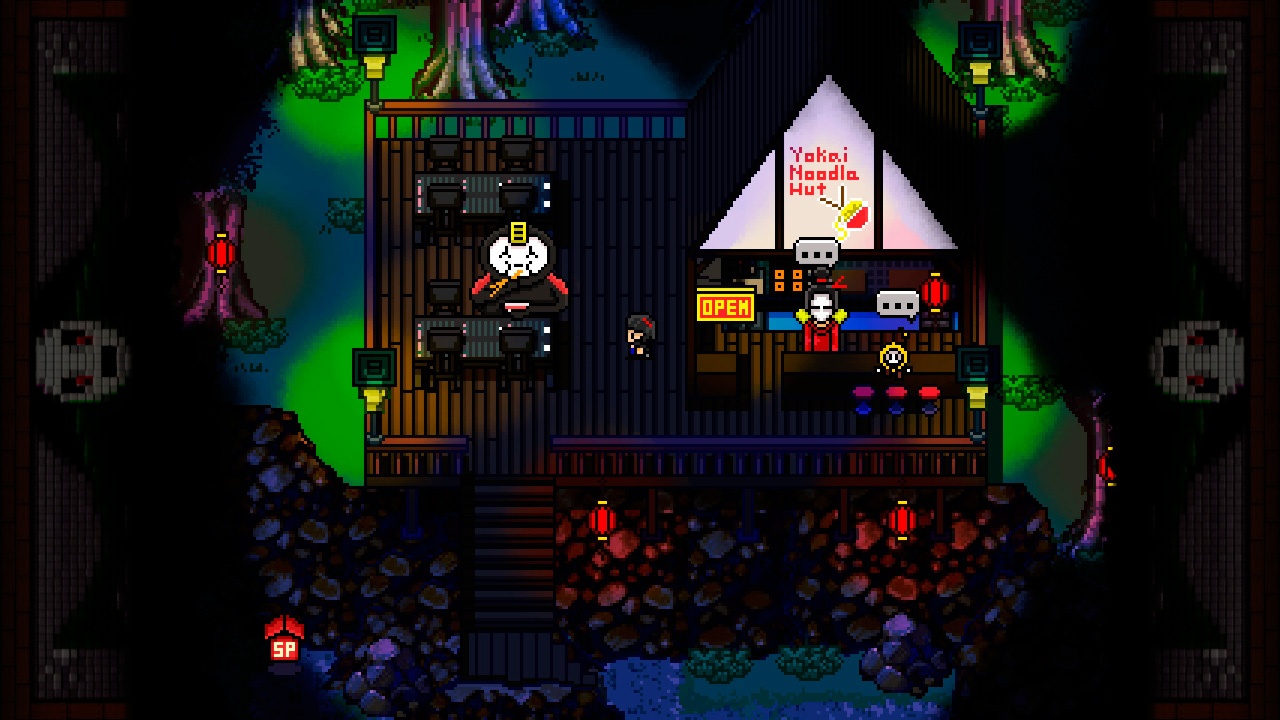 I’m a big fan of multiple endings as it increases a game’s longevity and My Big Sister does provide them. What you do for the most part in My Big Sister doesn’t really affect what endings you can unlock. The different endings are based on your decisions at the end of the game, with the chapter select in play/checkpoint this means you don’t need to reply large portions of My Big Sister to watch the other endings. The endings are quite varied and quite quick to get through. My Big Sister is not a particularly long game, if you skip through the dialogue then you can probably complete it in around an hour, although that’ll mean you miss out on most of the interesting story. There is a chance you can die in My Big Sister, it’s rare but you should probably save at the checkpoint every time you’ve done something substantial. The depression and suicide themes are handled well in My Big sister, it doesn’t go into too much depth but what it does cover is believable.

My Big Sister is an interesting title, it delves into some deep territory in regards to depression and suicide but at the same time, tries to show it through the eyes of a young person. My Big Sister is not a difficult game and whilst the graphics might bring back some nostalgic memories, it does make it harder to identify an object or an entrance. My Big Sister is more creepy than scary, it just lacks the polish and direction to really hit home with what it’s trying to be.

My Big Sister is an interesting title, it delves into some deep territory in regards to depression and suicide but at the same time, tries to show it through the eyes of a young person.