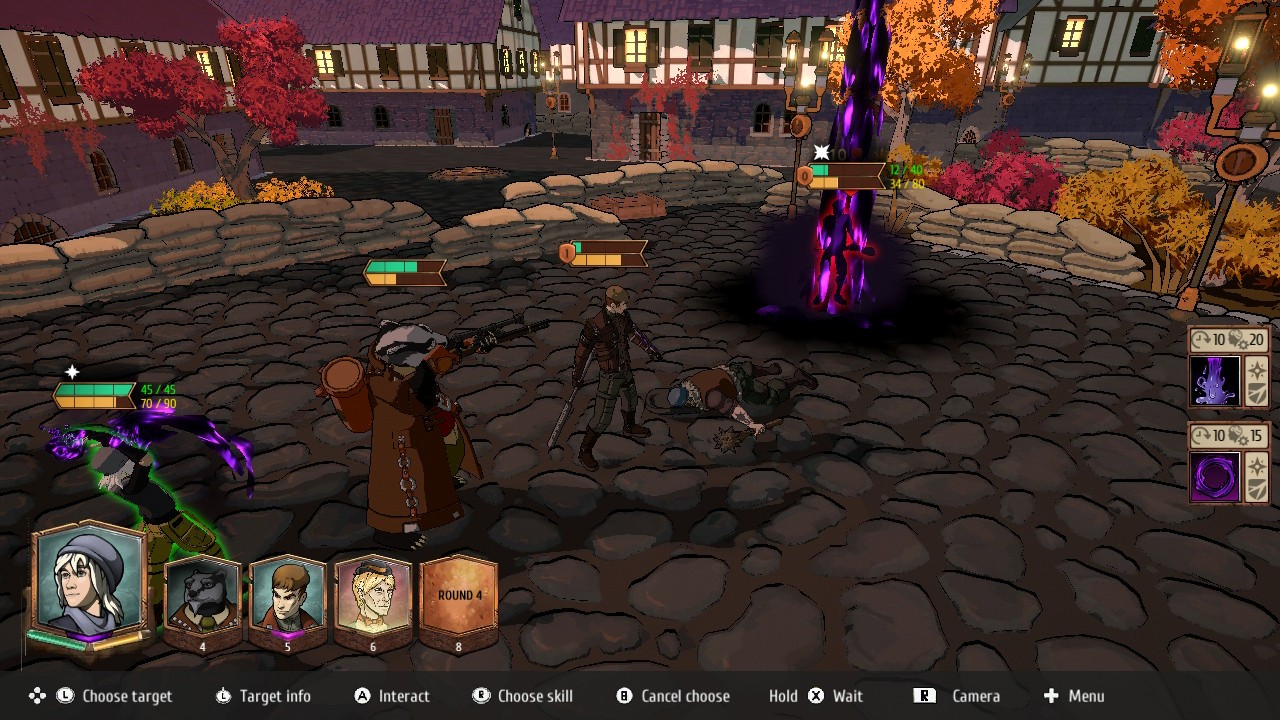 Grimshade is a turn-based RPG set in a steampunk world where Light and Darkness are a huge focus. Our story begins in the kingdom of Brann, which is under siege by mysterious forces and sudden, random war by way of a neighboring kingdom that attacks without warning or provocation. As a Champion, a wielder of a particular kind of tech, by the name of Alister, you must get to the bottom of what’s going on in Brann with the help of some unique characters with their own mysterious backstories with which to contend. In this fantasy world, there are beastmen, ether crystals that harness powers akin to magic, and a general gritty technologically advanced setting you’d typically envision when you hear the phrase “steampunk.”

Upon starting Grimshade from the Switch’s home menu, I was presented with a solid 30-second load screen. I’m no game developer, but having to wait through another 15-second load screen after beginning a new game didn’t seem necessary given that the graphical fidelity isn’t exactly incredible. Though this left a bad taste in my mouth, I pressed onward. The opening scene was your typical RPG setup where some nefarious person is working covertly on some secret project and suddenly shit hits the fan. After a cutscene with music swelling so loud that I couldn’t hear the voice over, I was presented with yet another load screen. My time with Grimshade just went downhill from there.

When I got control of my character, I was able to walk around and interact with objects about which my currently controlled character provided commentary. Enemy encounters aren’t random and a fat lot of good that did when areas are linear and therefore the monster squatting in your path is impossible to avoid. Any combat that’s actually optional is usually guarding the path to some lootable objects just around the corner. 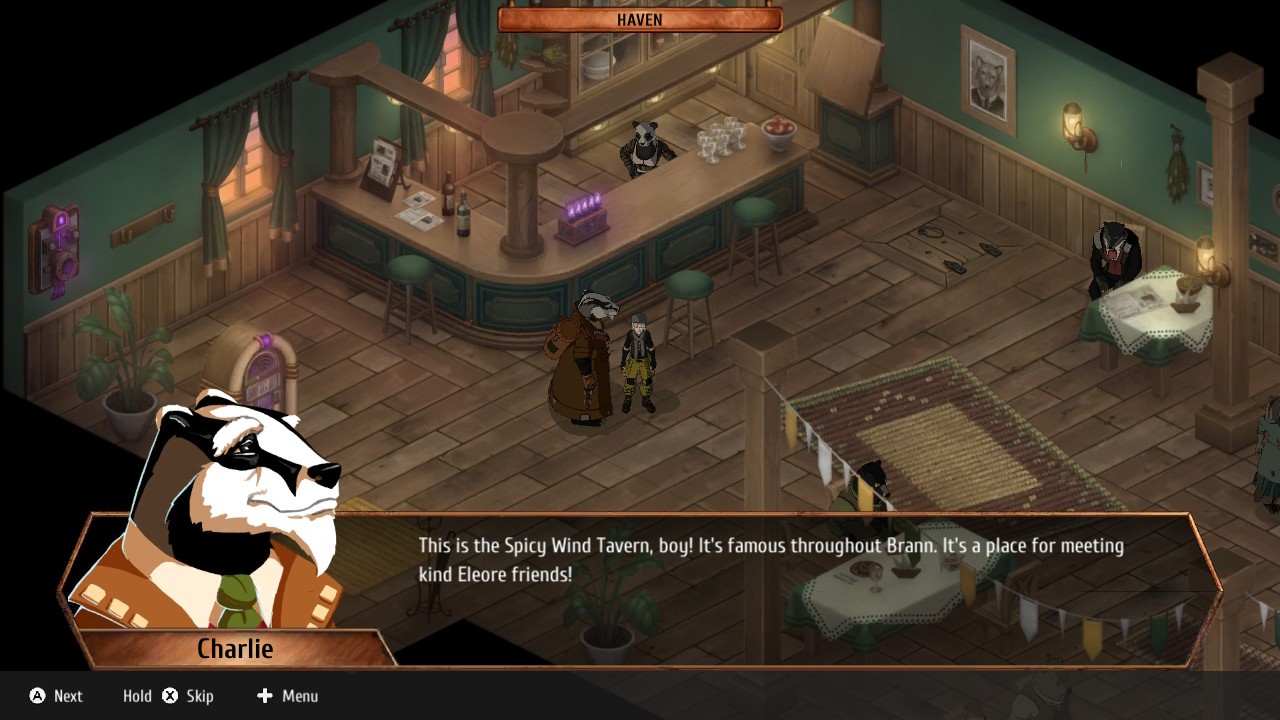 Party management boils down to purchasing and upgrading equipment. There are no stat points to dole out and no experience points earned from battles, meaning your combat effectiveness boils down to keeping your equipment up to snuff. It also meant that the frequent battles just felt like a chore rather than a necessary part of the good old RPG grind. Equipment can be upgraded using ether crystals dropped by enemies or found in lootable objects, and doing so unlocks new abilities. Abilities aren’t flashy, but they get the job done.

Grimshade is a turn-based RPG and I wish it wasn’t. Having played several over the course of my gaming career, I’ve run into different game speeds (some slower than others), different arrangements of the battlefield (some that made sense more than others), and different ways to execute attacks (some more engaging than others). Grimshade’s combat is by far the slowest, clunkiest, not to mention most unnecessarily complicated I’ve encountered in some time. There are tutorials aplenty, but in the guide on how not to deliver a tutorial 101, walls of text is the perfect example of tutorial don’ts. Nevermind that the font is so small you’ll have to hold up your Switch to your face, there’s just too much information and not enough execution to make the lesson stick. Characters, both enemy and allied, move based on initiative, which isn’t anything groundbreaking, and are facing off on a grid. Characters cannot move and attack on the same turn for whatever reason, meaning you’ll have to take time aligning them and adding unnecessary turns to each engagement. To move your character in the first place, you need to flick the left stick. Where the cursor shows up is completely random rather than in the tiles where the character can move, which is a whopping one per turn, and results in a lot more finagling than necessary. Why a simple menu with attack, move, etc wasn’t sufficient, I’ll never understand. 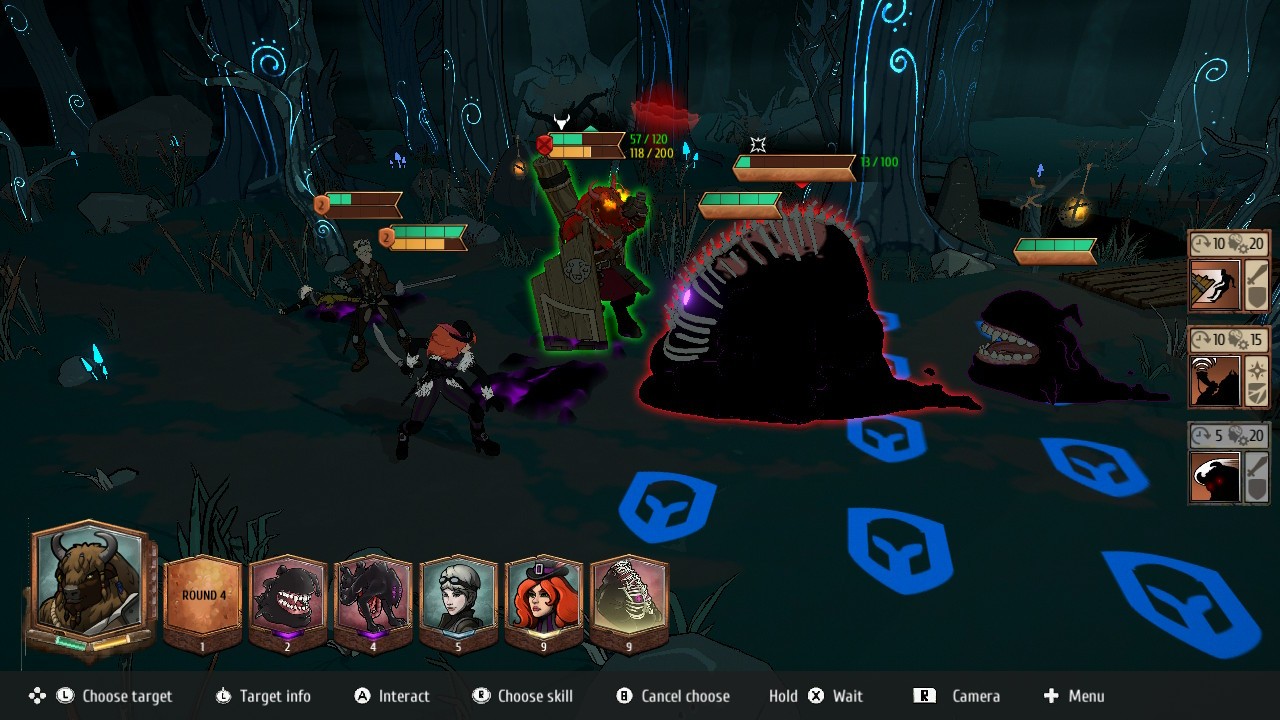 Attacks are selected by flicking the right stick during a character’s turn. They have set ranges and there’s an elemental advantage system of sorts. It’s all explained in a wall of tiny text but doesn’t seem to have much bearing on the battle. Some characters have special abilities like Alister, who is a sentinel and can provide cover units standing behind him. You gain the ability to position your units before the battle begins early on, but some enemies have attacks that adjust your position, meaning you’ll waste turns moving back into protective cover. After all, characters have taken their turn, a new round begins. Enemies have avoidance tokens, denoted as a shield by their health bar. As long as they have them, it’s impossible to land a physical attack, and they reset at the beginning of a round. This was never really an issue as I just kept attacking. Doing so builds up stress in your character. For whatever reason, I couldn’t mitigate that stress by skipping turns as Alister like I did with Kiba and so every so often my tank would be arbitrarily out of commission. I can’t see a reason for the stress meter even being present. Grimshade doesn’t tout managing psychological health as a main aspect of combat in the way games like Darkest Dungeon does, nor does it play into any other aspects of combat except to inconvenience you.

To add insult to injury, Grimshade gave me a “something went wrong” message a couple of times while I was trying to wade through another slow, drawn-out combat exchange against one of the handful of enemy types I’d met and the subsequent crash meant doing it all over again. By that point, I’d had enough. I don’t believe in sinking time into video games and waiting for them to get better because a first impression is everything. If that first hour or so is an exercise in frustration, by what basis can one assume that there’s something even halfway decent coming up in an other six hours? Is the story worth the headache? Maybe. I’ll never know because the gauntlet of inefficient, clunky battles deterred me indefinitely. I’ve deleted Grimshade and it’s onto the next thing.

Save yourself the money and the headache. Grimshade has some novel ideas and interesting characters, but its shoddy execution and poor pacing make it difficult to even want to find out more.

Clunky and painfully slow, Grimshade has no business being on a handheld device with such cluttered UIs and tiny text.