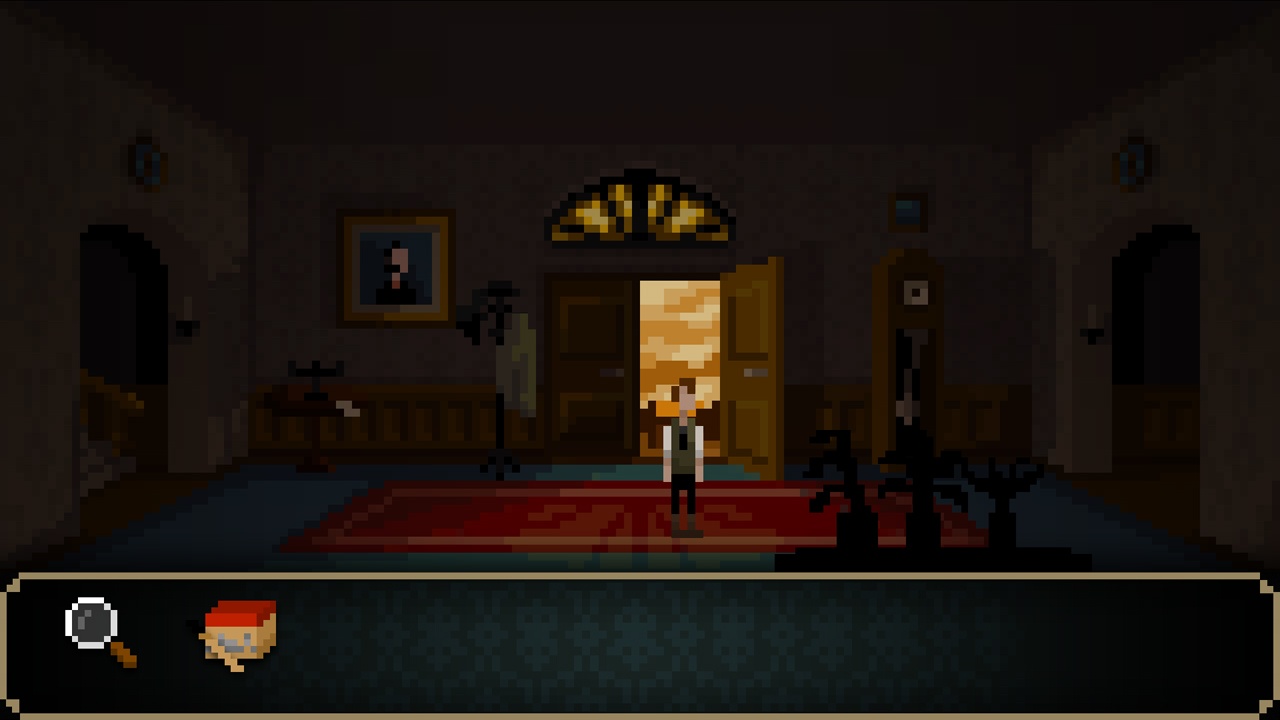 The Last Door’s Kickstarter, in 2012, was just the start of this Point and Click series’ success. The Game Kitchen followed their initial Internet funding venture with a second series and a pletheora of shorts, completing a well-rounded and interesting adventure of psychological horror in a pixelated hell-scape. The Complete Edition is the finest example of the series, offering the complete package on a console that perfectly suites the games USP, even if it won’t tickle everyone’s fancies.

The inspiration of Lovecraft and Poe is obvious, but The Last Door does its own thing, weaving a story of supernatural and psychological horror that encompasses its inspirations, but hits its own beats to move the pieces along. When Jeremiah Devitt receives a worrying letter from an old school friend, he embarks on a horrifying adventure to uncover the truth behind a grizzly suicide and a seemingly supernatural phenomenon that ties the events together.

The Last Door boasts a strong narrative and a genuinely compelling storyline with plenty of twists and turns. Over both seasons, the story is expanded with plenty of flashbacks and well weaved details. While a majority of your time is a solo investigation, there’s plenty of dialogue between the cast of strangers you meet, but, perhaps it’s the pixel graphics, you’re never really that bothered if Jeremiah or co get into murky waters or not. Regardless, you still want to see it through to the end, but the survival of the medley of characters isn’t paramount. 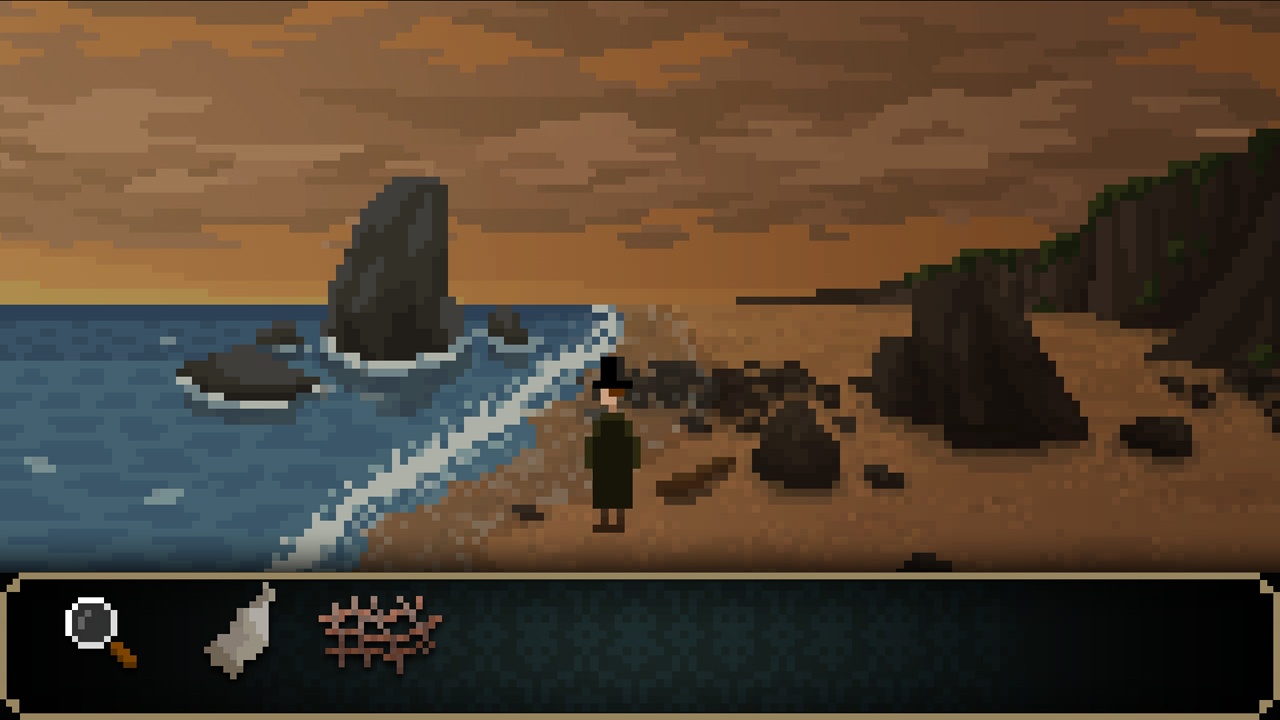 Uncovering the truth is a typical Point and Click affair, guiding Jeremiah around the various locations, looking for clues and finding items to further the storyline. There’s plenty of things to find and also plenty of extra research you can do to bulk the storyline out, many of which add to the horrors that the likes of the old boarding school or creepy wintry forests hold.

And The Last Doors’ great narrative goes hand in hand with these suitably creepy environments with plenty of variation. Despite being entirely pixelated, it manages to strike a great balance of clear graphics and a genuine creepiness, made even better by a wonderful soundtrack that only serves to enhances the adventure.

But wandering the halls of abandoned mansions can sometimes be tedious, especially when your aim isn’t always so clear. Several times I’ve found myself absolutely lost and with no clue what the next piece of the puzzle is. Sometimes, this has been my own fault, for example missing a piece of evidence or overlooking something, other times, the game is absolutely nonsensical and the choices simply don’t make sense. It’s frustrating to have to rely on guesswork to solve puzzles just because the game doesn’t give you any clues as to your next step, for example certain environmental points of interest feel like Red Herrings, leading you to waste your time on pointless endeavours. 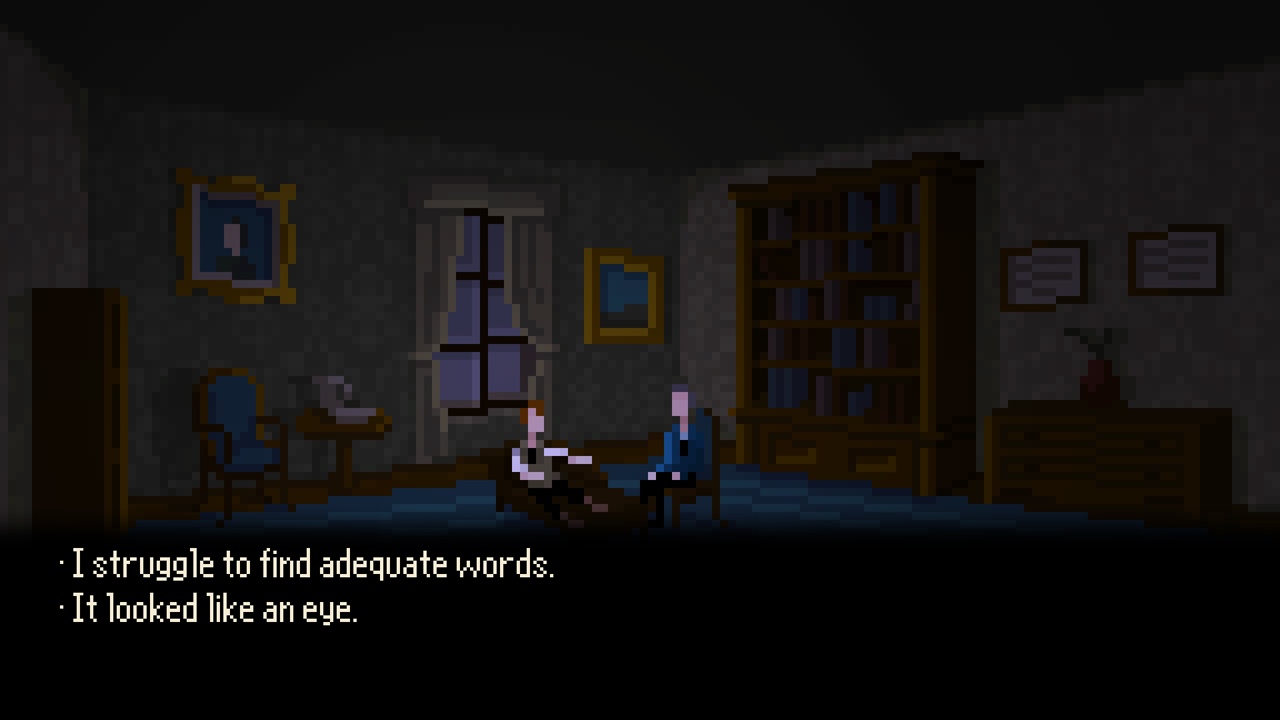 It probably wouldn’t be that bad, but traversing is a slow process that often requires a hefty amount of backtracking. It’s incredibly frustrating to have to amble back and forth between loading screens because you’re not sure what you’re meant to be doing.

But, for its handful of pitfalls, The Last Door does boast plenty of content, with eight main chapters and a series of extras. The game also includes touch screen compatibility, a severely underused function of the Switch.

The Game Collection’s psychological horror novel is compelling and rich, even if some of some of its in-game choices are not. It’s sometimes mildly infuriating, but as far as modern Point and Click titles go, The Last Door is as good a choice as any, with plenty of content and a suitably creepy atmosphere.

The Last Door is a creepy Point and Click adventure whose few negatives can’t take the shine of its exquisite psychological horror foundations.