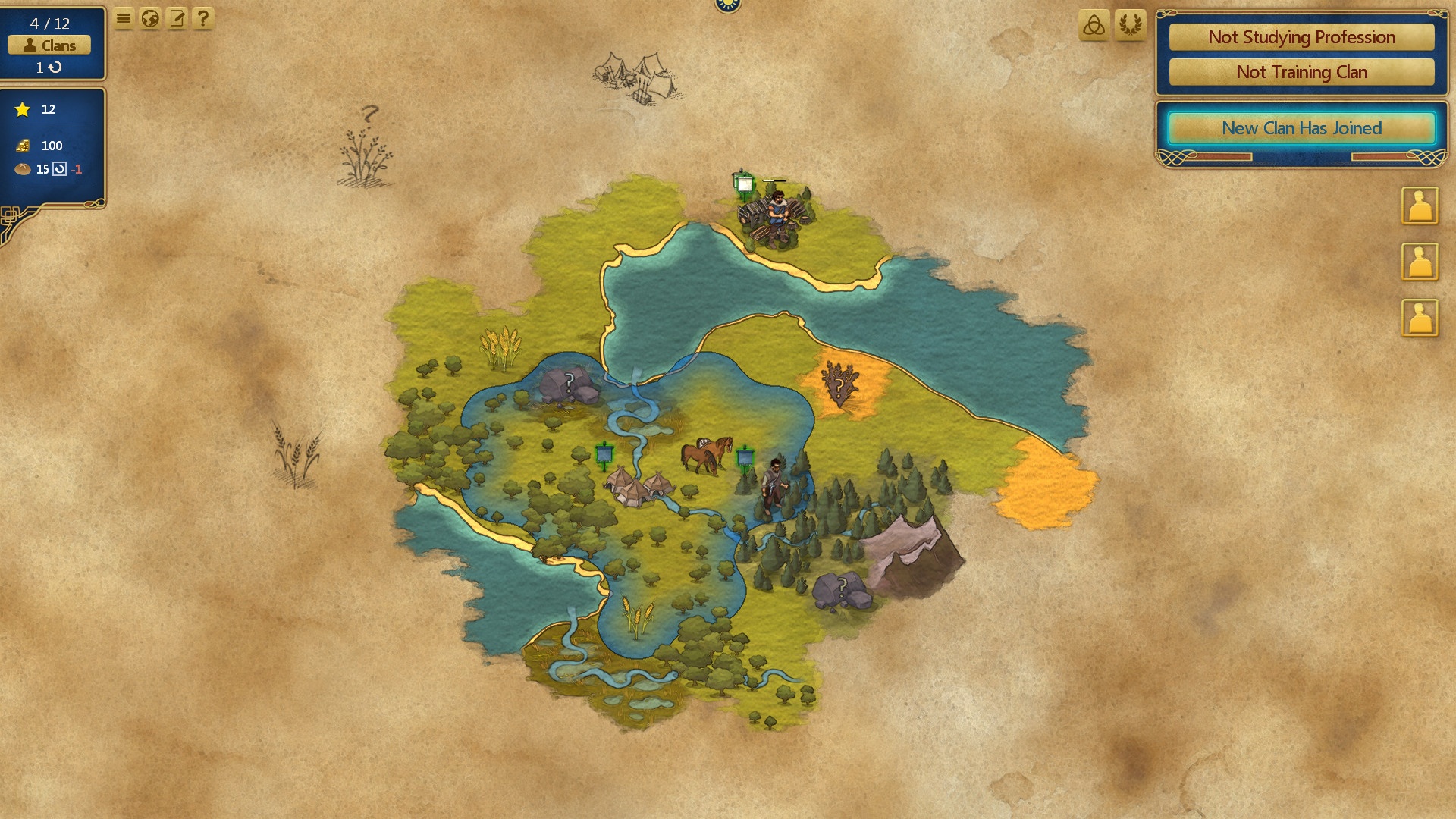 Jon Shafer’s At the Gates released at the start of this year, marketed as a Civilization-esque, dark ages 4X strategy game with a survival, rogue-like twist. Sounds cool right? I don’t think anyone’s done something like this before, “but who is Jon Shafer” you ask and why is he at the gate? Well believe it or not Jon Shafer was one of the designers of Civilization V – a well-loved entry in the series; so you might say he is well-versed in the design of 4X strategy titles. Does that mean this new entry is great though? Let’s have a look.

Graphically the game has a (mostly) cool art style – a watercolour art style adds a lot of personality and vibrance to the world; something crucial to 4X titles which can become cluttered the more you play them. The UI is fairly intuitive, enabling the player to mouseover certain terms to get a nice little pop-up tooltip. A lot of time will be spent on the settlement screen and profession research screens however, which are not designed too well. The settlement has no button to directly access it, which is a pain, and the upgrades in research screen are so hard to actually click on that I don’t bother using them. Frustrating design choices like this make it hard to enjoy the game at times. 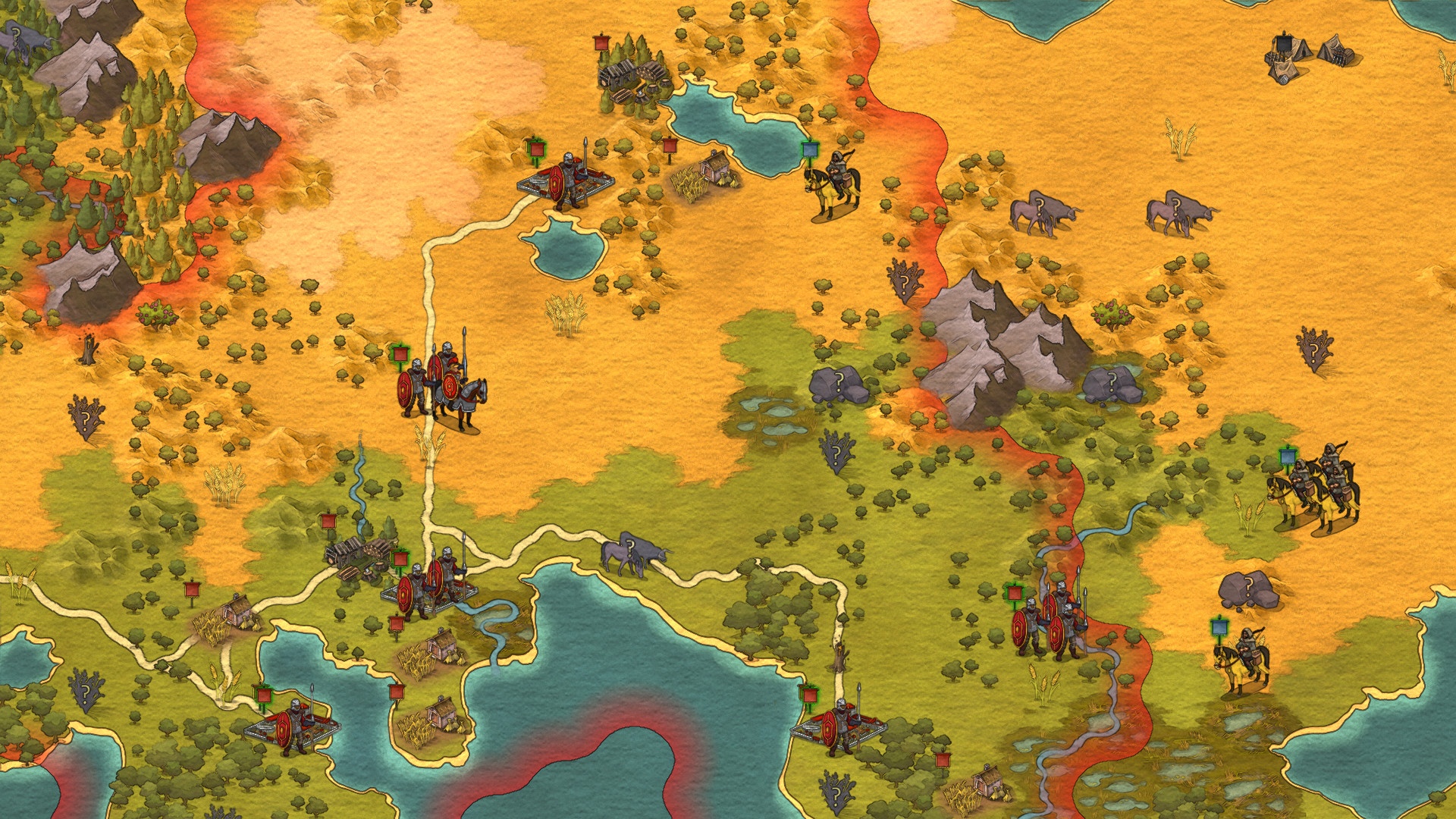 Jon Shafer’s At the Gates aimed to focus less on expansive empire-building and more on growing your population through a unique clan system, where all your units are produced by a distinct family unit with their own randomly generated personality traits. The idea is innovative and designed no doubt, to make the player focus more on the individual clans found, as opposed to managing a vast empire. This could be the first issue with Jon Shafer’s At the Gates, because growing your empire in Civ is super fun – not here it isn’t. Not being able to build an expansive empire with multiple settlements is frustrating, especially as to extend your territory you need to build a ‘watchman’, wasting a clan in the process.

For me, it’s issues like this that bring me back to the no.1 question with any video game – “is it fun?”. The answer here isn’t that clear cut unfortunately – yes the recruitment and balancing of clans is fun because it’s challenging, but it’s also quite boring when you realise the entire game hinges on you spamming out food producing clans. It’s also pretty annoying when you really need a clan with fairly neutral traits and all you get is a whole load who specialise in one profession – getting angry with you if you make them work in a profession not of their choosing. That’s not challenging, just annoying and you don’t want to be annoyed when Mr Shafer’s firmly at your gates. The only place where personalities really shines is in the diplomacy, where other leaders may react differently to the things you say based on their personality traits – a refreshing improvement on Civ diplomacy. 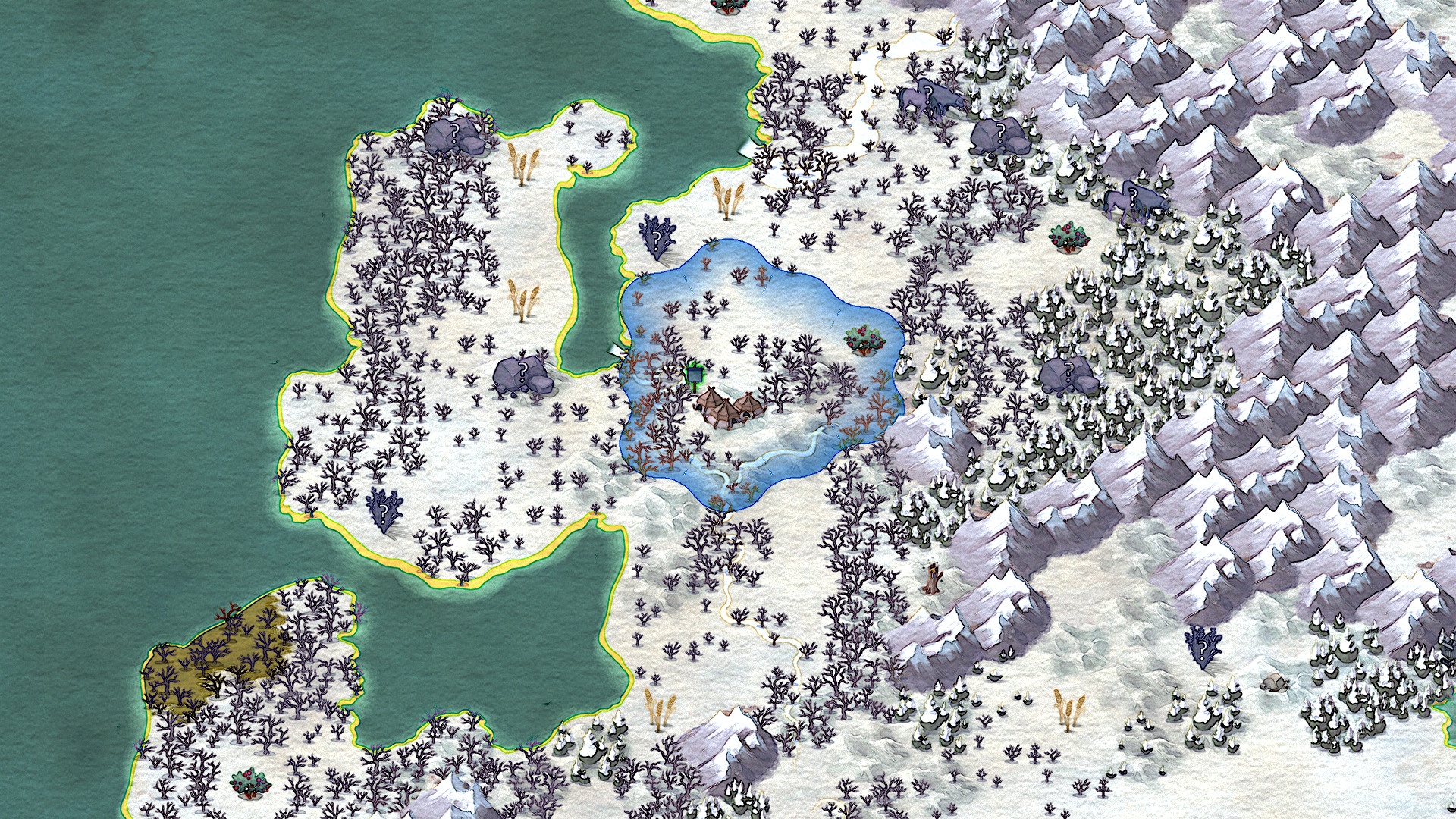 Further grievances include, but are not limited to, the survival mechanic, which essentially involves gathering food in an increasingly scarce environment; the game running like it’s being played on a toaster, despite my PC being waaaaaaay over the recommended specs; not being able to zoom in enough for my elderly eyes to see features of the terrain clearly.

Despite these annoyances, I think the game does actually have the potential to be immensely fun and a refreshing change from other 4X titles which do little to innovate year on year. At the moment however, Jon Shafer’s At the Gates is a bit steep at £24.99 on Steam – definitely not worth the price right now, but may be one for the future.

Jon Shafer's At the Gates Review