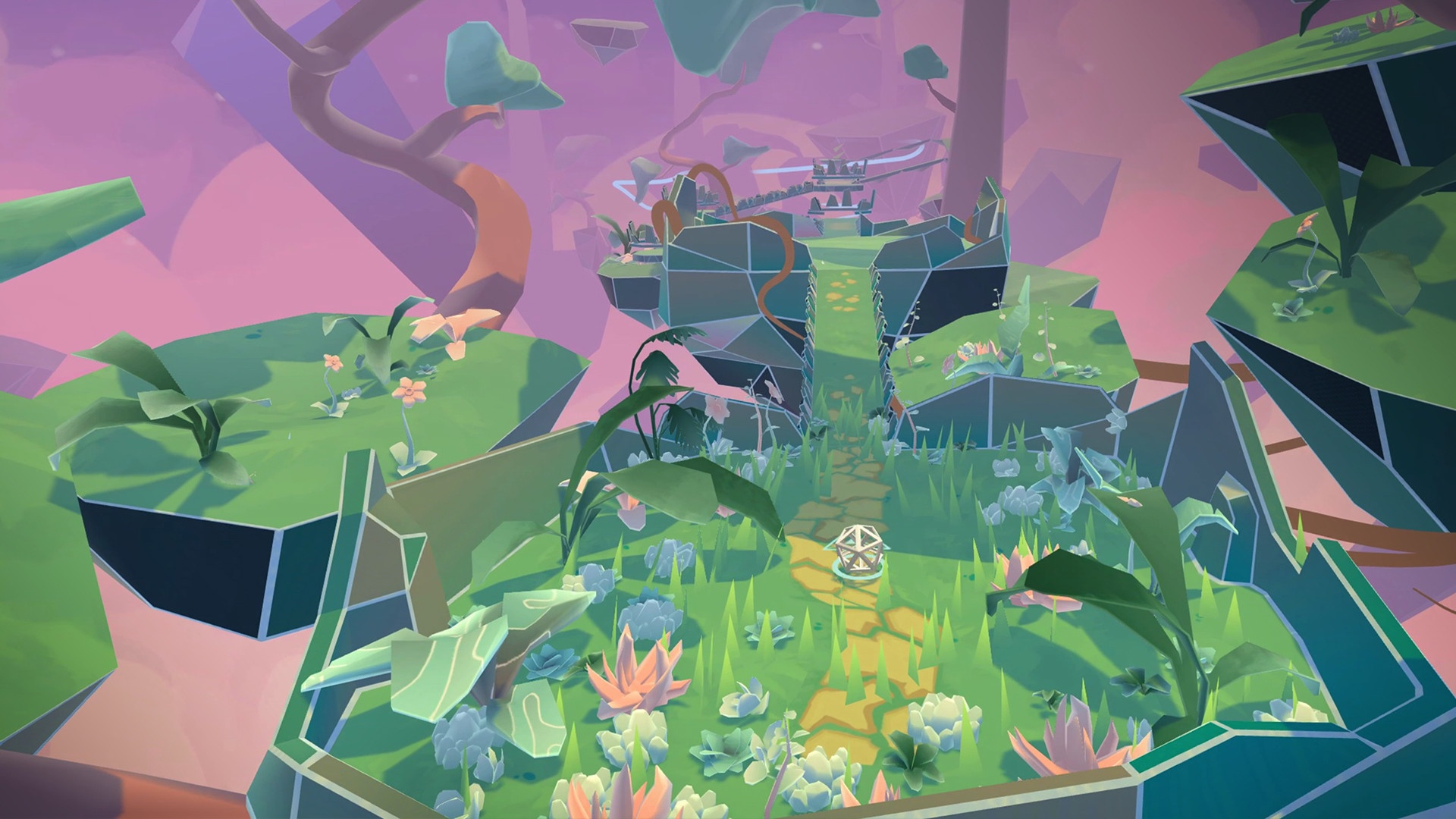 Arca’s Path is by far the most relaxing PSVR game to date, with abstract visuals and calming music that makes the rather mundane task of rolling a marble from A to B an enjoyably exciting experience. You follow the story of Arca, a teen girl who gets kidnapped by an alien who forces her into a virtual reality headset of her own, where she is tasked with rolling a marble to a destination, avoiding obstacles along the way.

Controlling the marble is simple but very intuitive, as you don’t require any controller; instead the marble’s movement is tied to the PSVR headset itself. As you move your head, a cursor on-screen will follow your movement. The further you move the pointer from the ball, the faster it will travel and to completely stop the ball in its place, the cursor can be moved directly underneath the sphere, this makes navigating a lot easier. 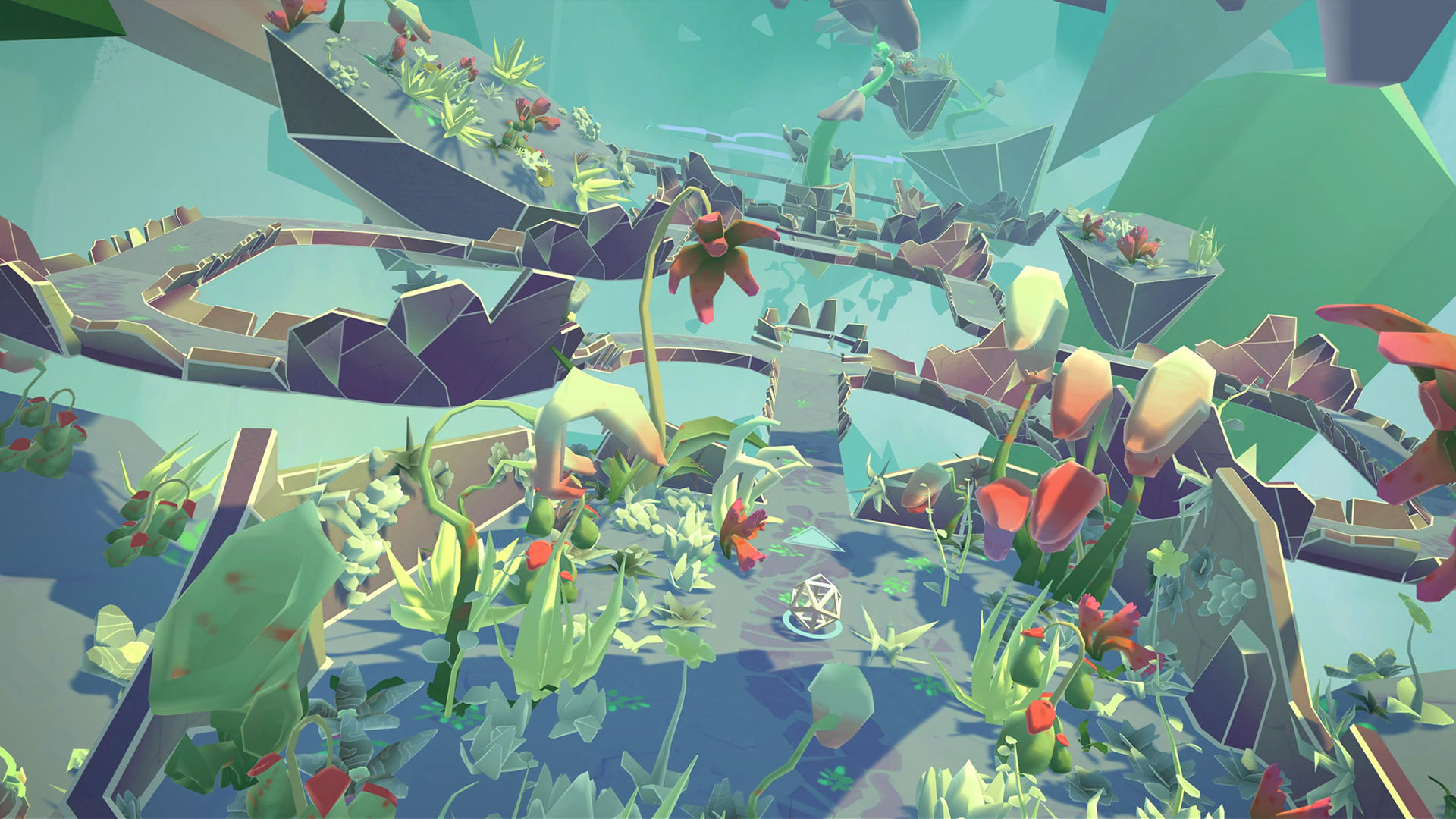 The gameplay isn’t quite as simple as rolling a marble from start to finish though, as the game throws obstacles at you; from bridges that must be pushed over before crossing to totems that must be lit up to activate platforms. The obstacles grow in difficulty throughout your quest to free Arca and it brings with it a good sense of accomplishment with the completion of every level. With a total of 25 stages to complete, each one lasting a little over 2 minutes; interrupted only by the comic book style, story cutscenes that play after every couple of stages. This brings the total completion time of the game to about 2 hours if you blitz through to the end.

During every level you’ll want to be on the lookout for crystals that are scattered in hard to reach locations. If you manage to navigate your way to collecting all these gems in a level, you’ll unlock a time trial mode for that specific stage. This mode tasks you with reaching the goal in the shortest time possible with a reward of a bronze, silver or gold medal depending on your performance. The time trial mode is a nice little additional extra, but the lack of any leaderboards to test your skills against others makes it feel rather redundant. 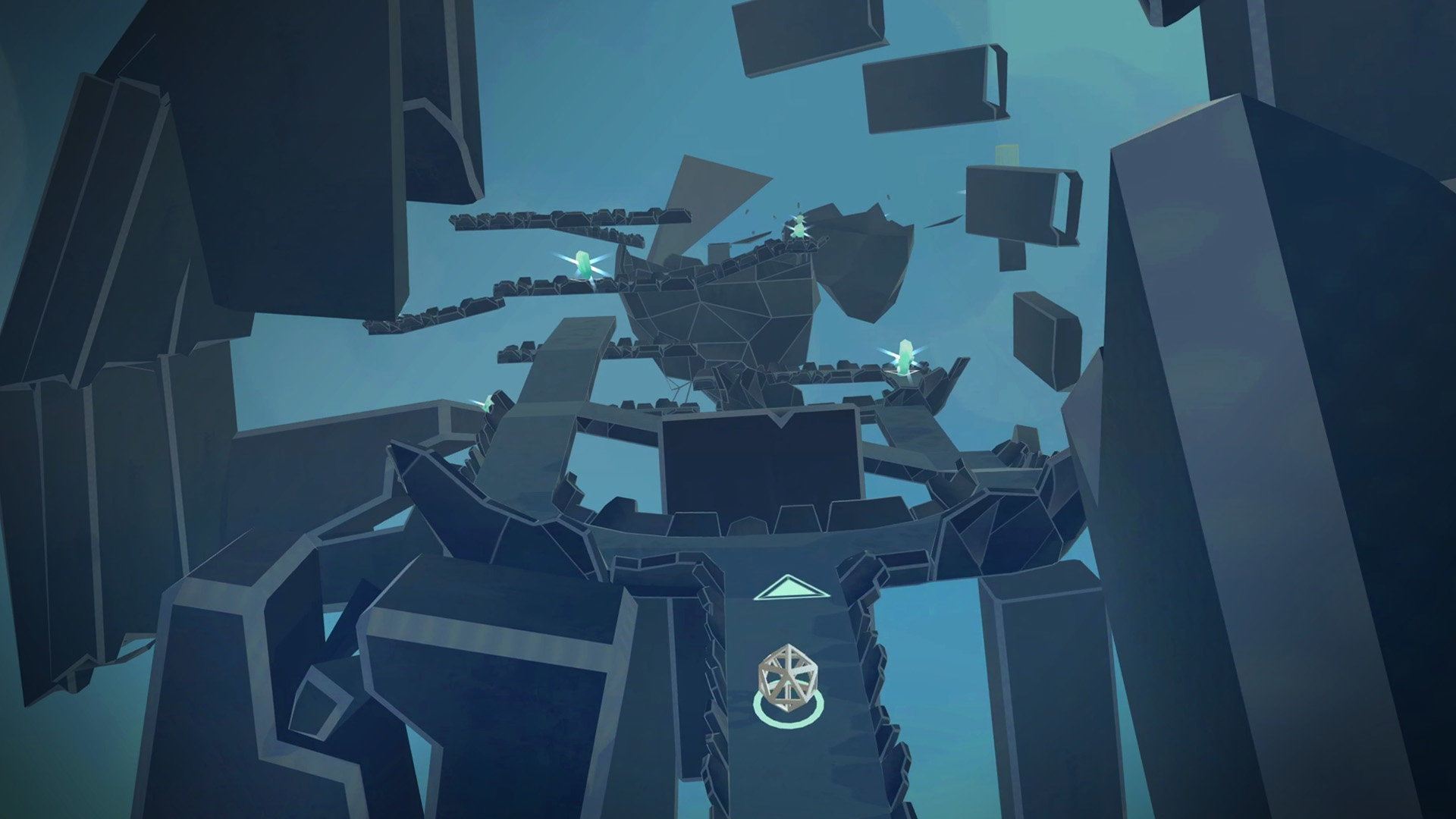 The calming music and abstract visuals really complete the package, creating a very tranquil setting where you don’t feel rushed or stressed when you fail. The way objects spawn into the world is very satisfying to watch as they sort of fade in and fade out as they come and go out of view. It very much reminded us of Bound’s beautifully abstract world. The whole atmosphere of the game is very welcoming and enjoyable throughout, with the later levels bringing a good sense of challenge.

Arca’s Path is a very well presented and solid example of how virtual reality can be used to enhance a game’s gameplay and interactivity. The intuitive controls and wonderfully relaxing setting make the very mundane task of rolling a marble a very exciting and enjoyable. Arca’s Path is a standout PSVR game that you won’t want to miss.

Arca’s Path is a very well presented and solid example of how virtual reality can be used to enhance a game’s gameplay and interactivity.