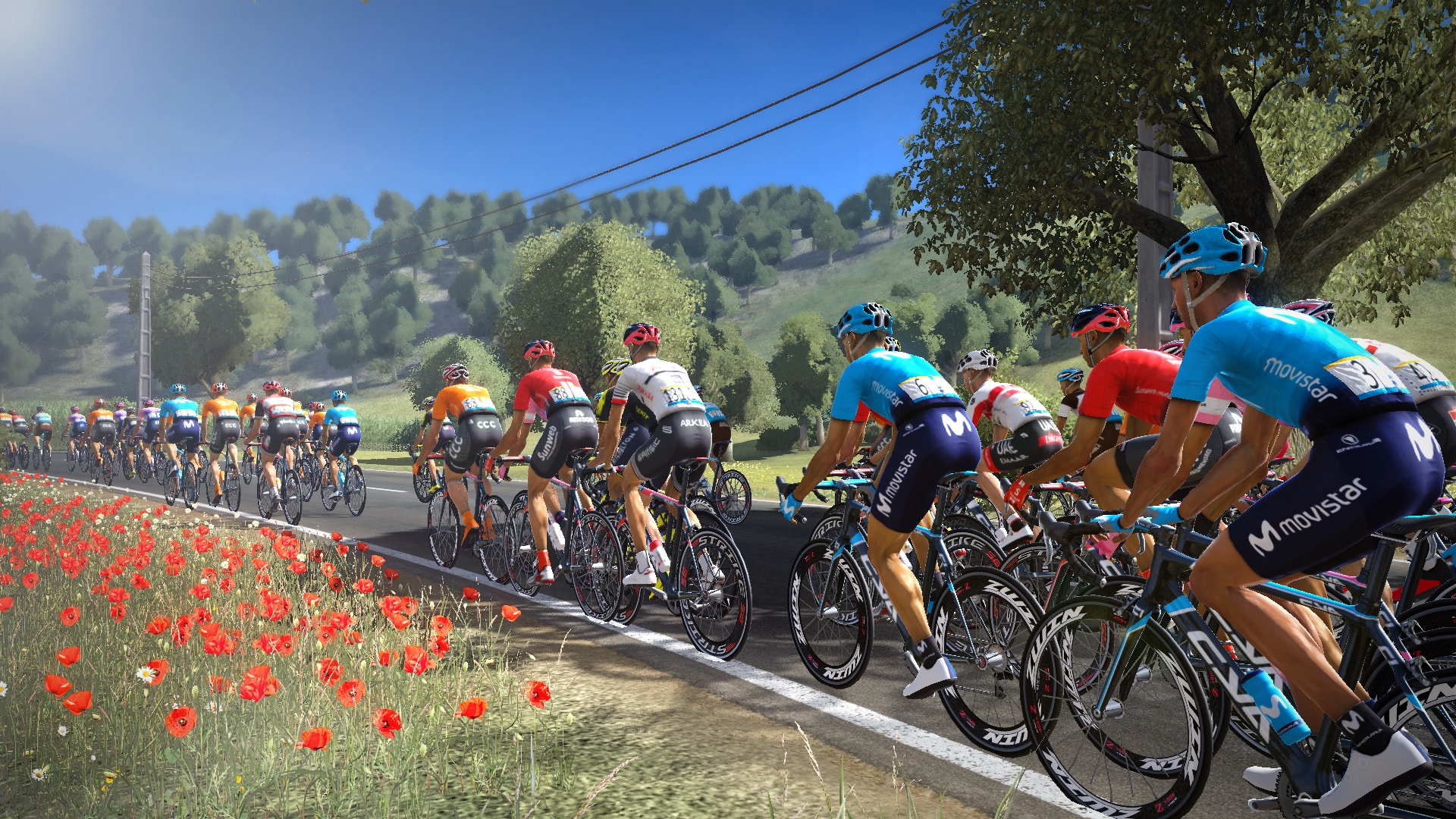 Cyanide Studio and Big Ben Interactive are nothing if not committed. It feels like they’ve been making these Tour De France cycling games for ages …..well, because they have I guess. They have held the license for 15 years now and, despite delivering at least minor improvements year on year, this latest iteration remains a disappointingly average, if undoubtedly competent, take on the sport. Perhaps it’s the limited budget or the sheer nature of cycling itself, but for the most part, like its predecessors, Tour De France 2019 simply isn’t all that fun to play.

Hardcore fans of the sport will invariably get more from the experience than most, but even if you know your Jonathan Castroviejo’s from your Kasper Asgreen’s, there is little here to get genuinely excited about – even if it does manage to capture the finer points of the Tour De France and its accompanying events. Don’t get me wrong, it’s not a bad game, it’s just, well, all a little bland and forgettable. I appreciate that a game based on cycling is never going to be Burnout 3, but not enough has been done to translate the sport into an exciting video game equivalent. It ticks most of the boxes and certainly recreates the format of the major events with relative accuracy, but something remains tantalisingly lost in translation.

The budget certainly plays a part – It might well have the licence to the teams and strips (with the bizarre exception of Team Ineos who have been given the Pro Evo-esque moniker, Team Sea), but without the riders likenesses and little (very little!) effort made to distinguish one racer from another, you are left with the strange scene of identikit racers lining up at the start of each event. It’s hardly a deal breaker, but it definitely serves to break any sense of immersion that may have been previously built up. Yes, there are basic editing options, but there is no getting around that fact that, from a visual perspective, it all feels a tad lazy. It’s obviously unfair to compare Tour De France 2019 to the mega-budget sports games that dominate the market, but the fact is, that’s exactly what you’ll do. We have all become accustomed to the top-tier presentation found in the likes of FIFA, NBA 2K and Codemasters’ utterly gorgeous looking F1 games, so coming in to this, you really need to be prepared for what is little more than an up-resed 360 game. 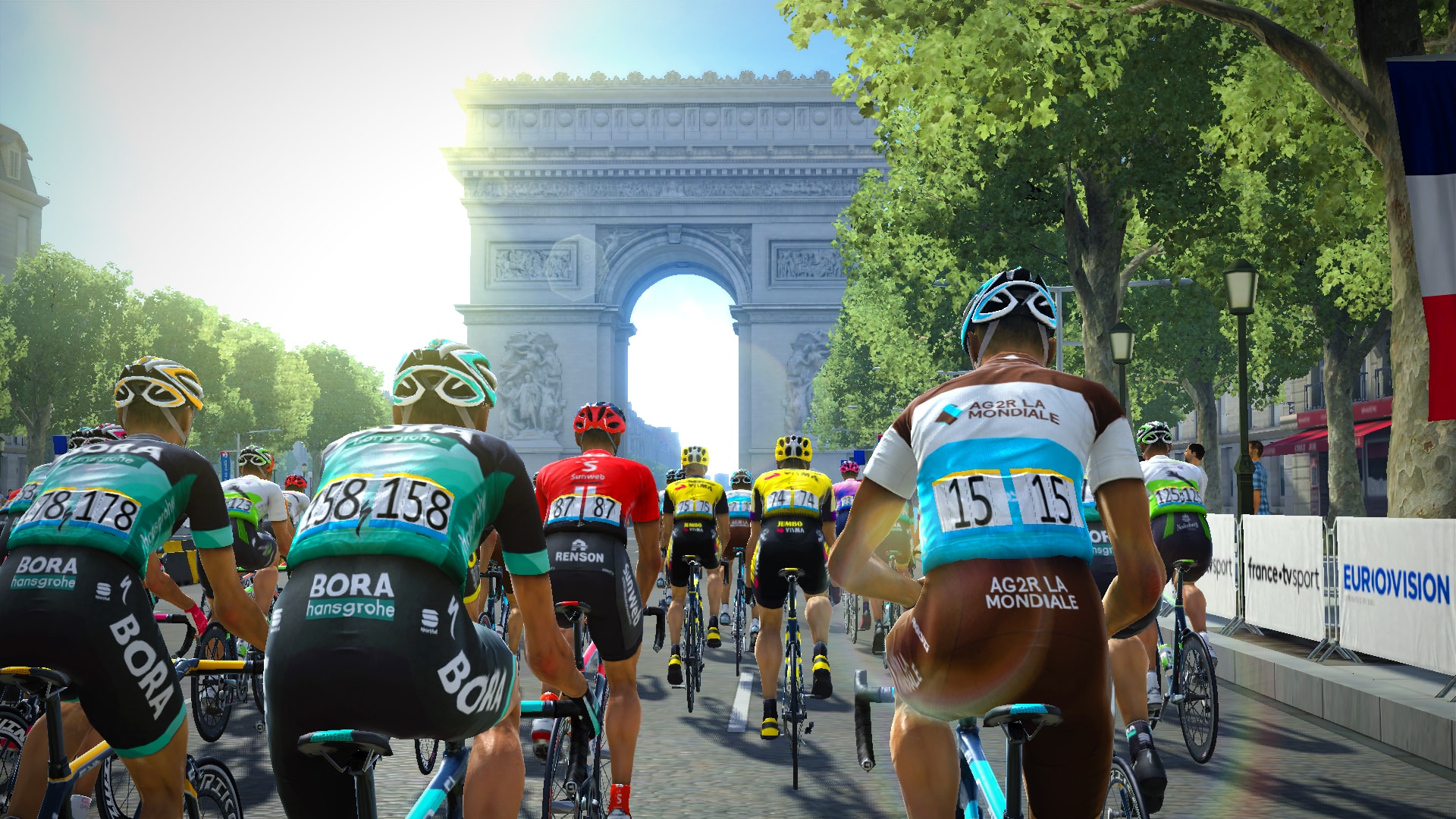 Still, while it’s easy to get caught up with the somewhat limited production values, from a gameplay perspective, Tour De France 2019 remains a slick if somewhat ponderous experience. Most events can be sped up to ensure that you’re not on the road when nothing is happening (as will be the case during some of the Tour’s longer stages), but even during its less exciting moments, it’s never anything less than perfectly competent.

If anything, the game is occasionally a victim of the titular event upon which it is primarily based. Sure, you get a solid recreation of the event itself with all of the tradition that comes with it, but when racing the actual Tour, it can, at times at least, all begin to feel a tad laborious. The big moments are still great, and there is something unique about the games’ energy management that can make a well timed sprint for the line feel truly enthralling, but it’s arguably the games’ smaller events, via the games’ challenge mode, where the mechanics are truly at their best.

With leaderboards and event specific medals to earn, these more concentrated moments of gameplay seem to get the most of the core mechanics. They obviously lack the scale of the Tour (or the additional events that you can race when unlocked such as the World Championship or Euro Tour), but they do provide a more immediate sense of enjoyment while delivering a solid learning curve for the major events and a more interesting way of learning the basics than the understandably dry (if admittedly effective) tutorial mode. 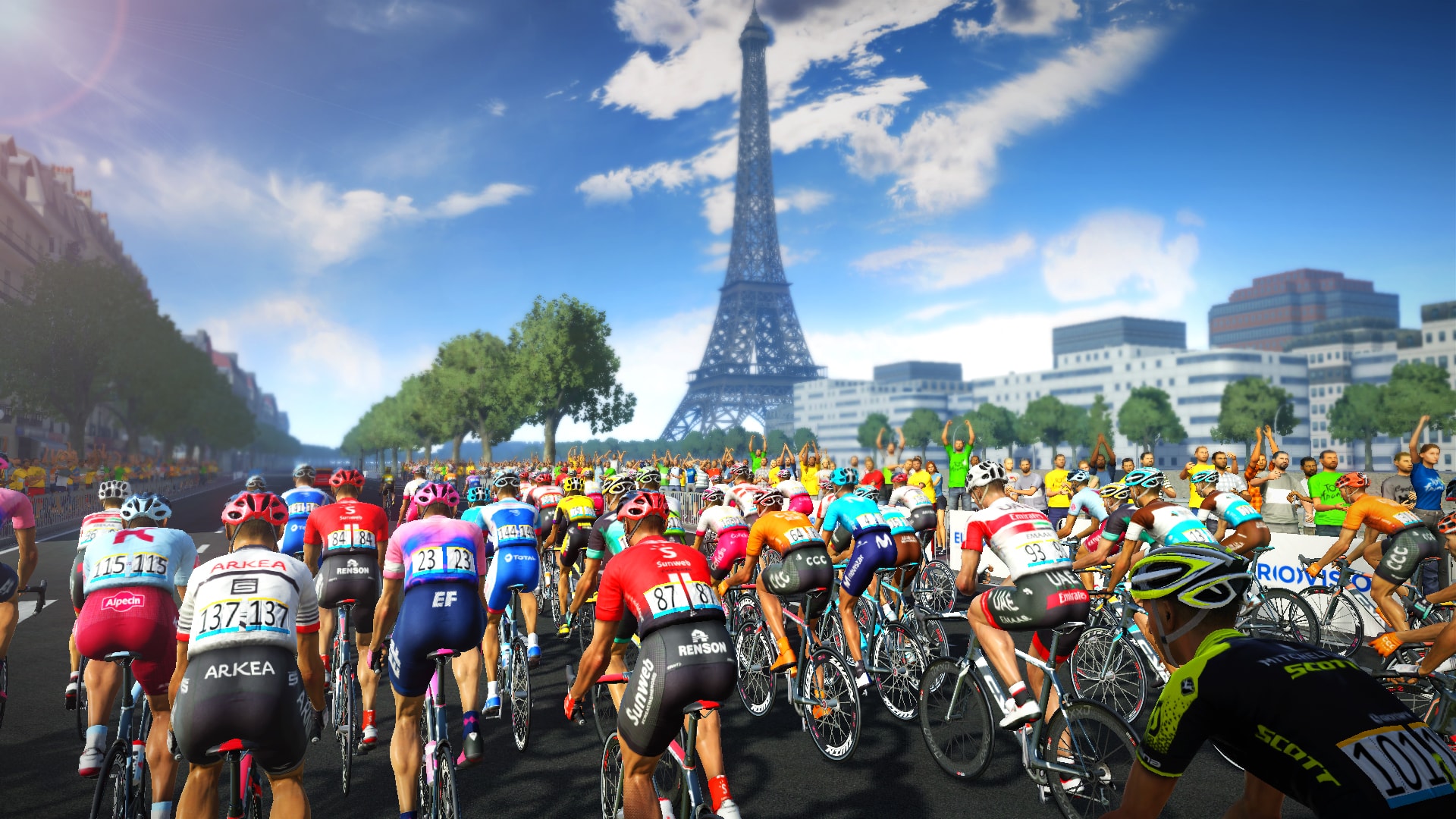 Beyond the Tour and the challenge modes, the other big draw is The Pro Team and Pro Team Leader modes. Returning again for 2019 with a  few minor improvements but invariably still falling a long way short of the sporting equivalents found in EA’s sports titles, these more in depth modes allow those with a passion for the sport to get involved with the finer points of team and general race management. Sure, they can be a bit bland, and like much of the game, they suffer from comparison to The Tour’s more polished competition, but they still provide hours upon hours of  solid, enjoyable content, albeit, content that is very unlikely to interest more casual fans of the sport.

The overall package could still do with a fair bit of polish, the visuals are a mixed bag at best and the tour itself can actually be a bit of a slog, but mechanically, Tour De France 2019 remains a solid and somewhat unique racer. It’s hardly thrill a minute stuff, but the distinctive nature of the gameplay ensures that it remains an interesting alternative to more traditional racers, one with fleeting moments of genuine excitement. For all of its faults and technical shortcomings, Tour de France 2019 is a game aimed squarely at fans of the event itself, and despite the obviously limited budget, Cyanide Studio has done a good job of capturing the finer details and pageantry that accompanies cycling’s most famous event, and for many, that will probably be enough.

Cyanide Studio has done a good job of capturing the finer details and pageantry that accompanies cycling’s most famous event, and for many, that will probably be enough.