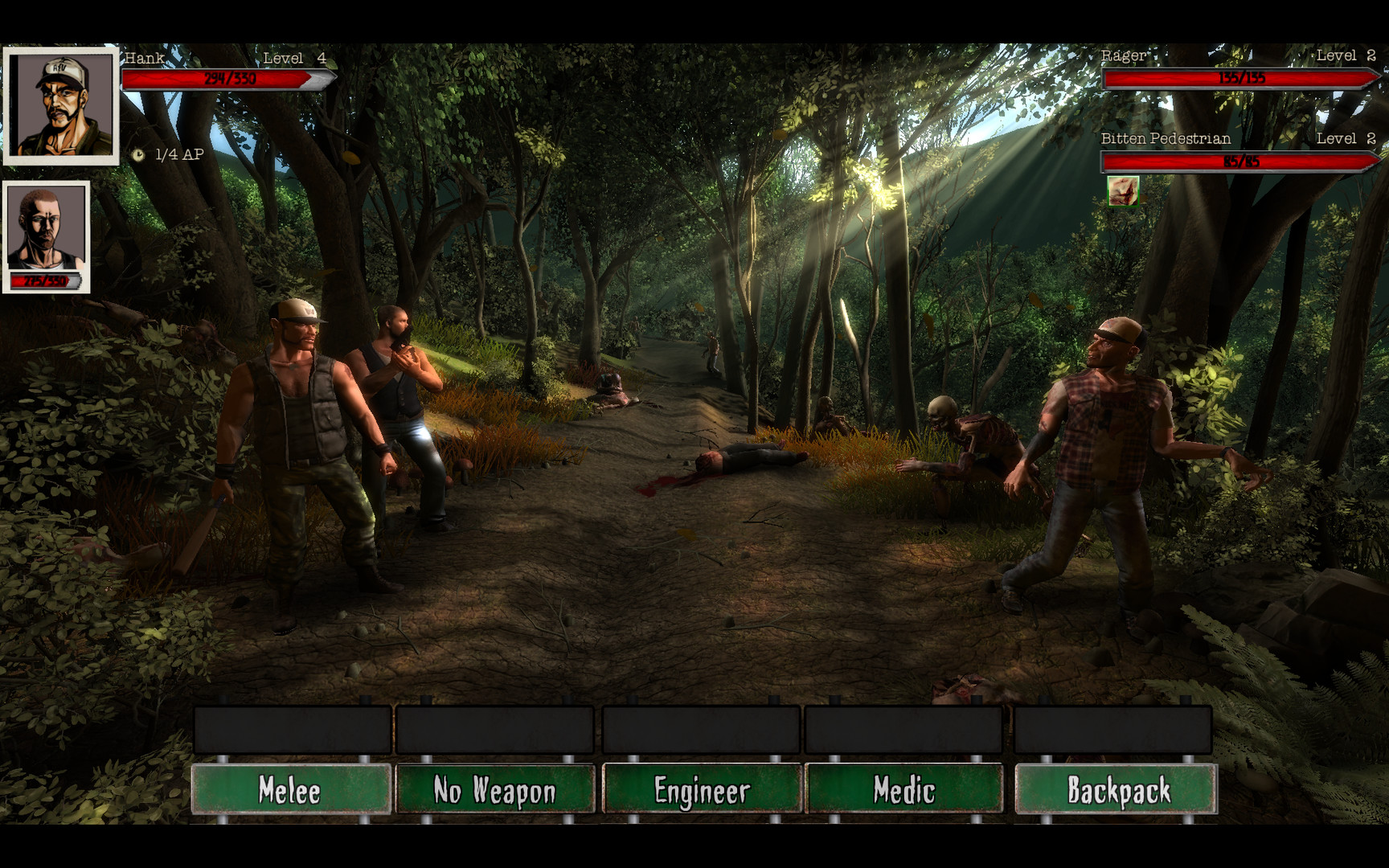 Rewind back to the early days of the 90s. It’s Friday night, you’re done with school and your parents take you to the video store to rent something. You can settle for getting a movie to distract you for two hours, but no, you want a video game. A video game that you have no information about except the box art. Internet wasn’t fast enough nor affordable to look up information about games easily compared to what we have today. Going with your gut and the box art, you take the plunge into your lost weekend. You could have settled for renting the latest action flick, downing two hours of your time. No, that’s not for you. You wanted a video game. A story to pass on to your friends as you recap what you did and tackle the week ahead of you.

Dead Age is that lost weekend game we rent at the long forgotten video store. We took our chance, paid the fee, and now it’s a race to get started on it. By the end of this weekend, you will have stories to tell.

Dead Age is a straight forward game. At its core, it’s a procedural generated RPG game where things happen by random. You start the game by making your character and picking your class. There are up to 5 different classes, but you have to unlock them through this game. For this review, I began with the starting class of nothing, and worked my way up to the other classes, such as student, soldier, bodyguard, medic, and engineer.

The main difference between all of these classes is they either power up your job skills or your speciality offensive skill. Offensive skills range from gun focus, which includes pistols, shotguns and machine guns. The higher your proficiency, the more damage and accuracy you do to your enemies. Other offensive skills also include melee, which are more or less gauged the same as the gun focus.

The next facet of your character is your job skills. At your camp, you have the ability to craft items, hunt, or put up some bodies around the area to guard from raiders or wandering zombies. The higher points you have in those allotted skills, the more effective you are at doing them. Example: if you stack all of your points in cunning, you’re more likely to hold off an outside attack from raiders vs. if you had nothing at all. The game will remind you that your defense failed and the raiders ran off a small chunk of your supplies. 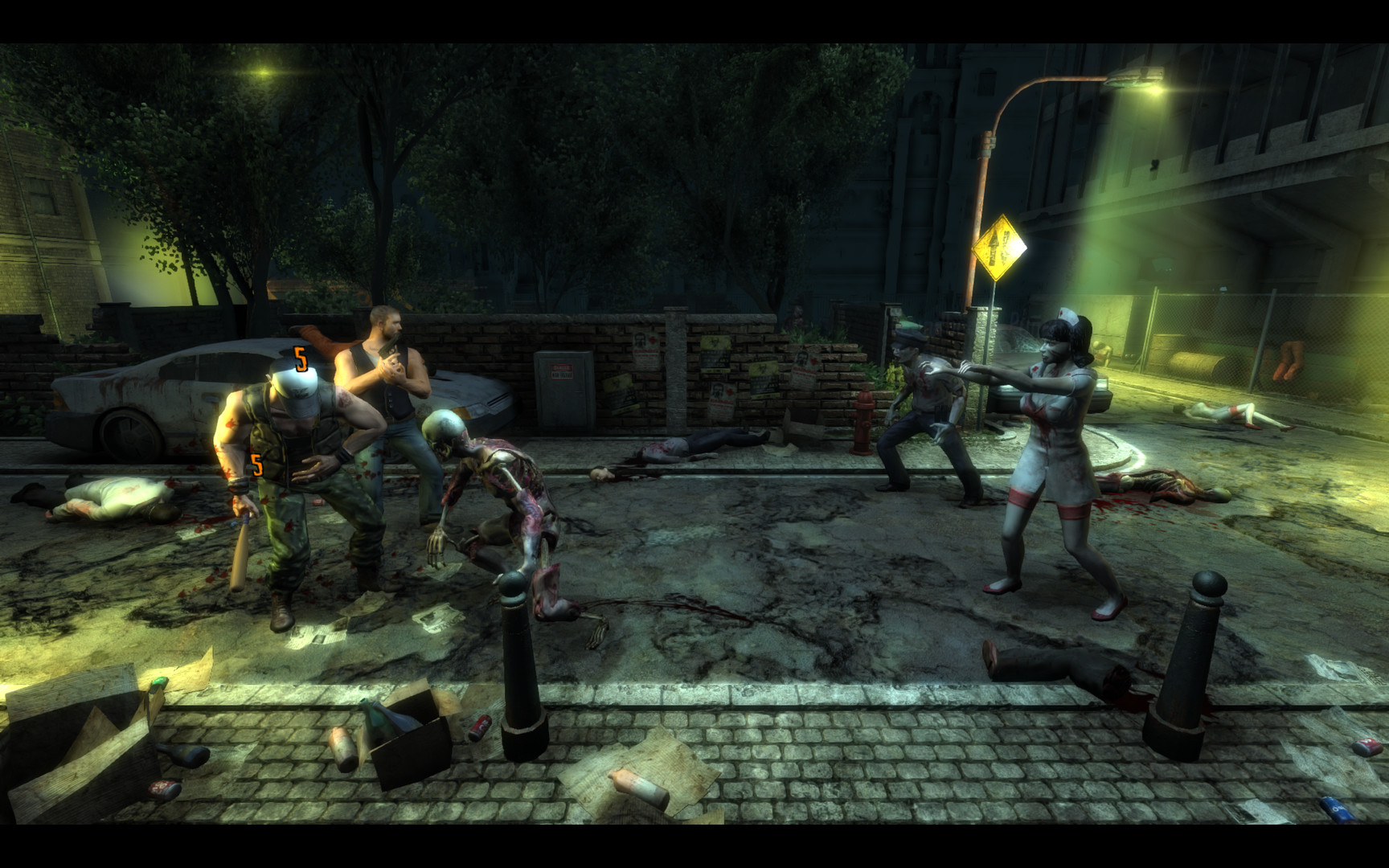 Working on jobs takes approximately one to a couple of days. If you instruct your main character (Jim in this case) to work on a job, it will cost him a day. Time span factors into how long you have to complete an objective given to you at the bar, but we will go into more detail about that in a second.

Time is consumed while completing a job, but also offers a chance to heal your characters. This hinges upon the supplies you gather and how much food you have to feed everyone. When it gets low, no one is happy, but rest assured, within a couple of fights, you have enough food to last a while. The Sheriff and other characters of the camp have no problem reminding you every day about low supplies. It can be a nuisance, but for the sake of my game play, I considered it a reminder.

Combat is a core element in Dead Age. Players take turns against the zombies, exchanging hits or shots with your guns in order to dispatch of the enemies. Missions are basic, as they are in the form of gather X amount of materials to build X. Or they may be find X person and return back to base. Despite being solid on combat, Dead Age suffers from repetition. The combat feels like an endless loop of announced ambushes (before you confirm exploring the next area, you are told what enemies you are facing) in order to gain the resources you need.

Preparation plays a key role in survival. If you didn’t fight enough enemies, you wouldn’t have enough materials to craft med kits or syringes. If you didn’t have enough of those, one false move and it’d be game over right there. Dead Age is relentless with its permadeath, causing you to restart your game over again and giving it another try. The only good thing about restarting is you’re able to transfer medals you earn from your playthrough onto your next character. These medals level up your abilities and make your character more combat effective in their next run through.

Dead Age’s story isn’t cohesive. It is a stringed collection of random events as mentioned earlier. With each day’s progression, new events and missions pop up with an expiration timer of X amount of days. The main theme is survival, so get comfortable taking on an endless wave of zombie encounters in 5 different environments. 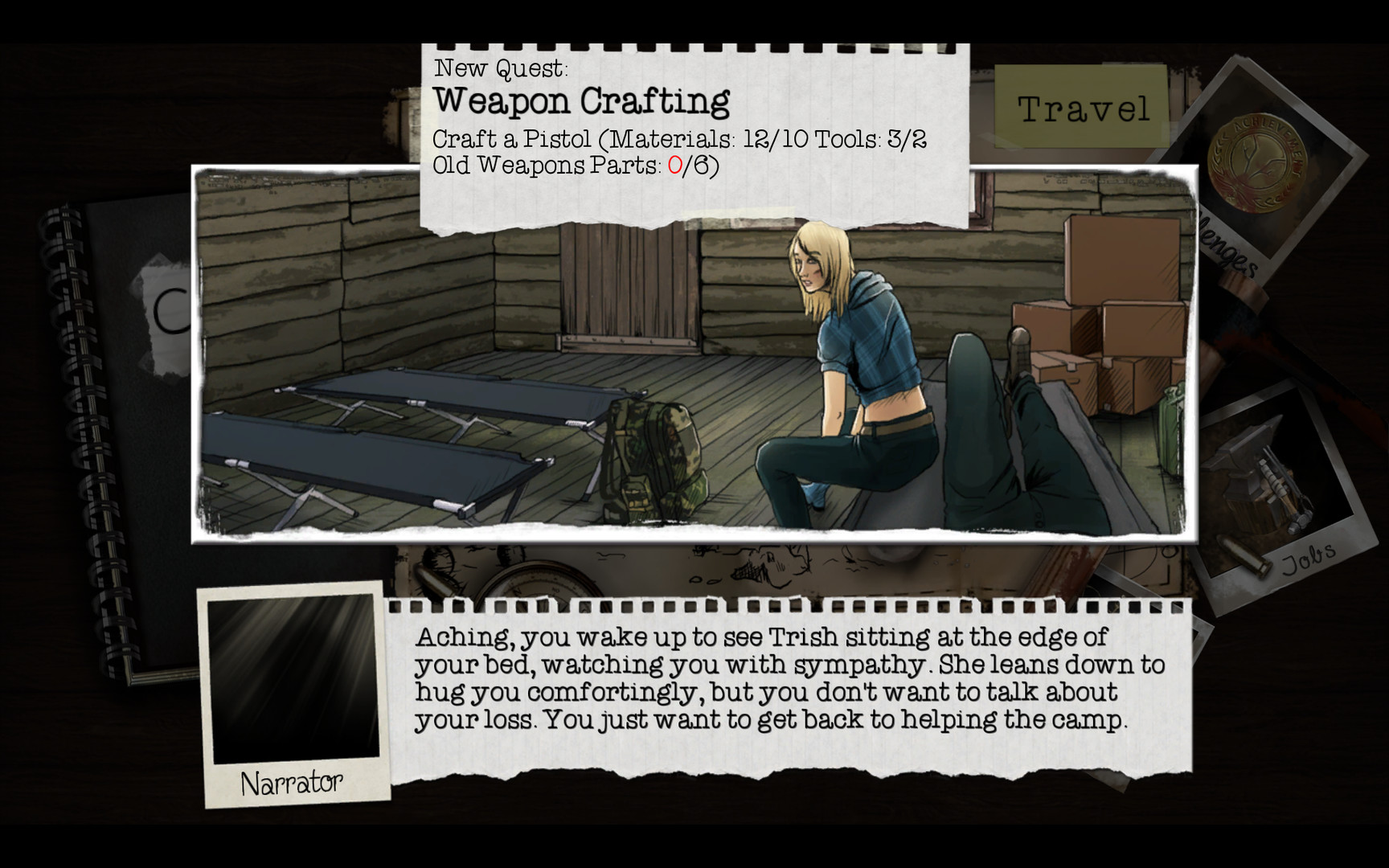 Graphically, Dead Age is visually acceptable. During combat, you transition to a 3D environment, having your survivors on one side and the zombies on the other. In the background, there are other events going on, such as zombies gathering to the area or finishing up a late snack of humans. This element doesn’t add anything to the fights, other than fleshing out the environment that you’re stuck in. I preferred the 2D HUD screen of the homebase compared to the average 3D rendered environments you encountered in the wild.

With the bumpy evaluation of Dead Age, there were some qualities of this game I did make a note of. I will commend the developers for trying to fuse something familiar to the gaming community as the turn-based combat with the zombie apocalypse setting. The next thing that played well for Dead Age was the variety of scenarios. I did criticize how I felt they were repetitive, but it was interesting to see random encounters of helping out an arguing couple against zombies. If it didn’t work out, the guilt weighed upon my shoulders that I cost them their lives. The only way you could stop encounters is not until after you were done with your current wave of zombies. Lastly, it was easy to gain achievements for this game. Most achievements were based on kill X number of enemies.

With an endless game story, random encounters, a basic crafting and skill tree system, Dead Age is your average turn-based RPG. It doesn’t bring anything new to the table and you can’t help but want more from it. If they were to add a variety on the combat system, coupled with ways to explore another region of the area, then things would get interesting. I can respect if creators wanted to go for full immersion in that hopelessness sense, but it would be nice to be able to increase your odds of acquiring items needed to beat missions. After my fourth or fifth battle and being only one day away from a mission failure, I didn’t see much purpose in continuing to fight zombies if it kept exhausting my resources and survivors.

If you want a game for trophy or achievement hunting, add Dead Age to your list. If you are looking for a more ambitious zombie survival game, pass on this one and look through the catalog of other developers tackling the zombie genre.