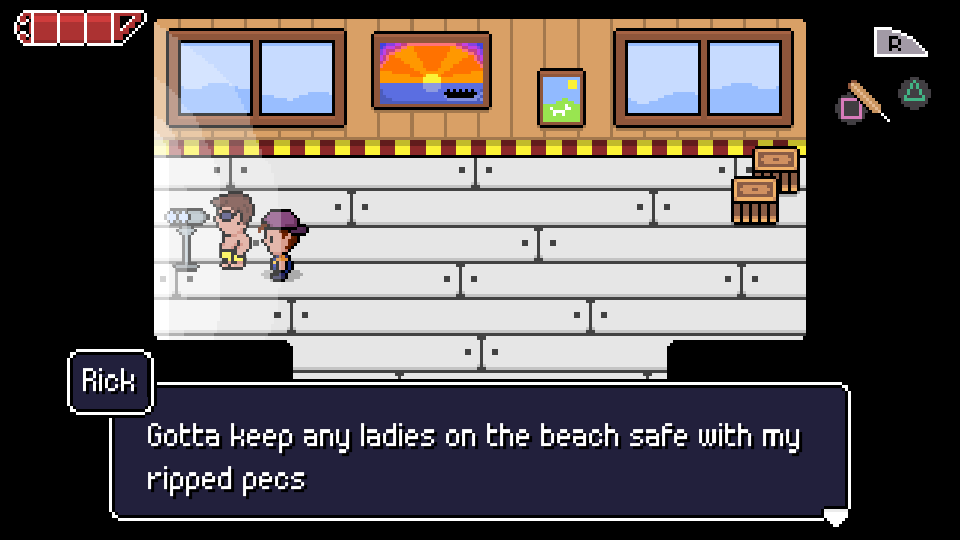 Reverie takes place in the island town of Harikoa on an island fished up from the sea aeons ago by one of three powerful brothers. These same siblings died soon after, locked in a vicious cycle of envy for one another, and thus became angry spirits that lingered long after their physical forms ceased existence. Fast forward to the future and the spirits are still wreaking havoc on the peaceful island. It’s up to you, a boy named Tai who is visiting his grandparents on holiday, to free the restless spirits and restore peace to the natives.

Take up your trusty cricket bat and begin your exploration of a tropical paradise!

One of the first things that stood out most to me beyond the Earthbound-inspired graphics style, but the story. This light-hearted tale starts on a rather dark note early on by introducing the island’s origins: namely that it was fished from the sea by one of three brothers, after which the other two brothers, poisoned by envy, began a squabble that ultimately costed all three siblings their lives. It was a bit of a surprise given how light-hearted the rest of the game is.

After that brief introduction to the problem plaguing Taromi Island, you’re given control of young Tai. The game eases you into things, allowing you to roam the town and meet the locals before actually diving into the dungeons. The tutorial dungeon is simple and straightforward, but it shows you what you’ll have to look forward to in terms of combat and exploration. Then, you’re set loose on the world. 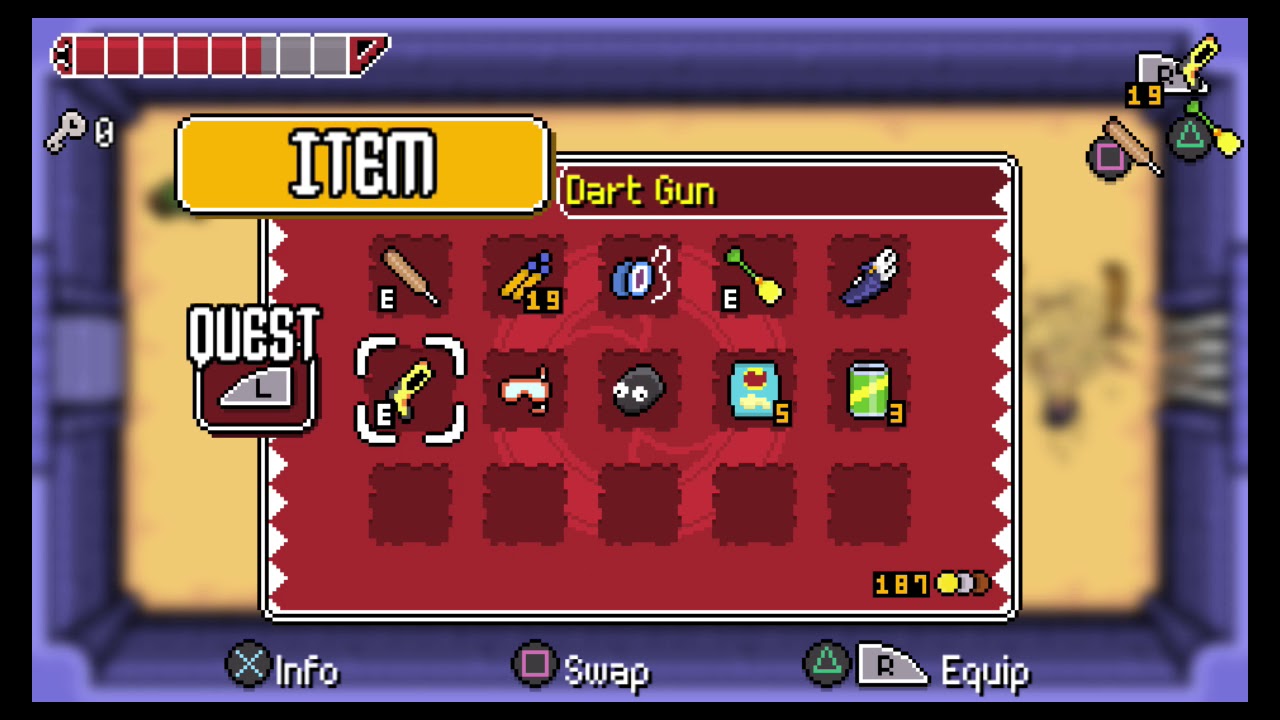 The game is linear in nature, requiring you to visit areas in a specific order because you must acquire a gadget from the dungeon prior to the next in order to overcome an obstacle blocking your path. It would have been nice to be able to tackle them in the order I saw fit given how compact this world is. There are five in total, not counting the bonus dungeon unlocked after beating the game, and none of them gave me trouble until the very last. I’m not a fan of when games set a certain standard and then suddenly ups the ante and Reverie is a cakewalk up until that last dungeon, which took over an hour to complete. That’s one sixth of my total play time. The dungeon itself wasn’t difficult, but larger and more puzzling than the ones proceeding it, leading to a run that dragged on because I was used to the more compact experience the ones before it had offered. One might argue that that’s to be expected in the normal progression of things, but the first four dungeons hadn’t really scaled up to it.
That minor gripe aside, dungeons are quite fun. They must be completed in one go as you can’t leave one once you’ve entered it, but that’s doable. Each is composed of a series of rooms and are thematically varied. The rooms that you’ll need to make your way through host a combination of enemies, hazards, and puzzles; some doors will only open if you defeat all the enemies within and others will require a key or a flipped switch. The boss at the end of these trials are a nice challenge, but ultimately aren’t too difficult once you figure out their gimmick.
There’s not too much to do outside of dungeon delving. There are 20 collectable feathers, the majority of which can be found by fully exploring the map tiles, and two mini games–table hockey and what is essentially a simplified version of Galaga–but for the most part you’ll spend your time within these structures. 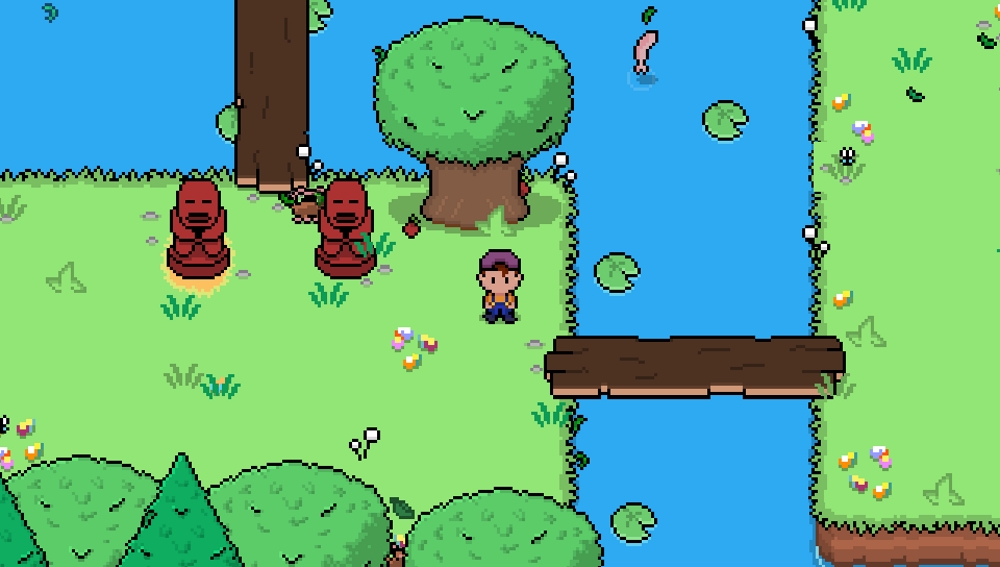 Reverie is a good dose of nostalgia, but it has room for improvement. While the game mechanics are sound and so is the universe, there are a lot of limitations such as enemy types and the inability to leave dungeons after entering them that only serve as a reminder of how small of an area you’re working with. For the price, you’ll nab yourself a cute little adventure that will keep you occupied and charmed for an afternoon at the least.