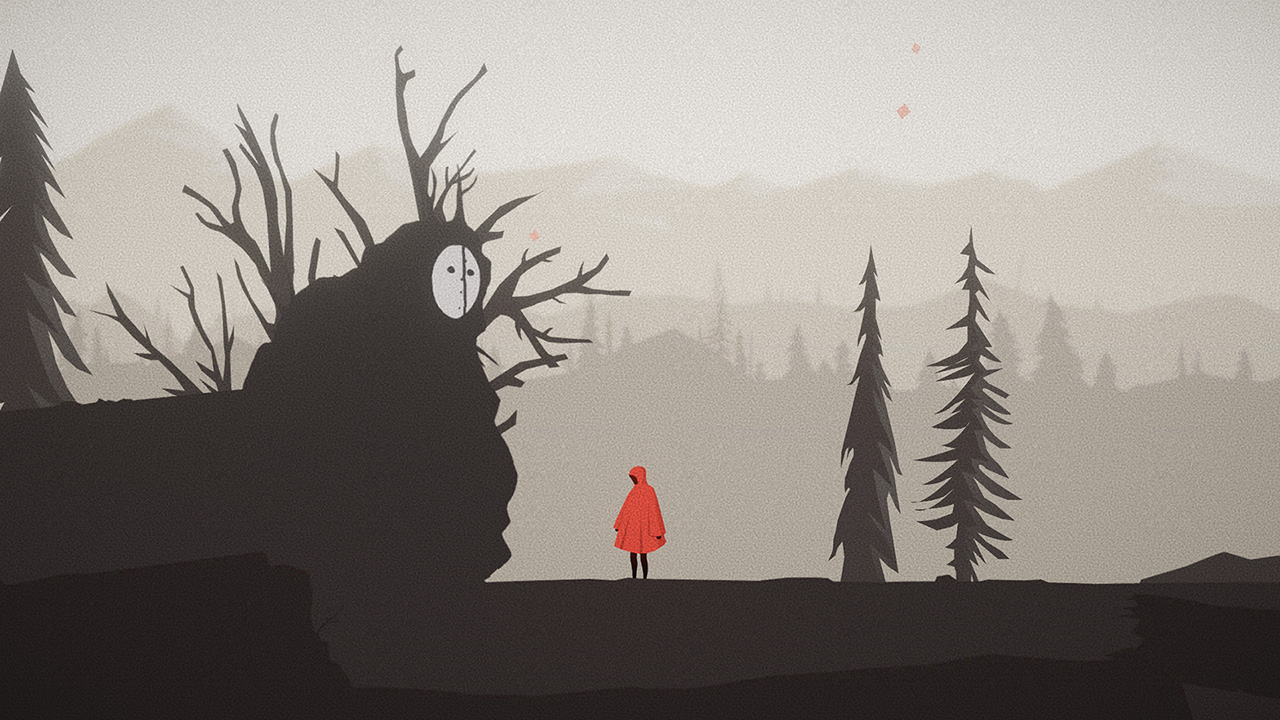 It’s really hard to accept a game in the medium that it attempts to deliver when it does absolutely nothing to bring something new to the table. Let’s take something like McDonalds, for instance. People go to McDonalds because its cheap, filling and somewhat tasty. No one goes to MacD’s because they feel it’s high quality food, or because they know it’s on par with flexing a fine steak dinner. It gets the job done, whatever. But if a new burger joint opened and it was just called Joe Burger, and it was on the same block as the Golden Arches, and it not only didn’t give a better burger but actually tried to serve spaghetti, you’d probably watch them shutter the whole place in a week or less. It’s disheartening, but it also carries a valuable lesson of either doing something new and BETTER, or at least doing something unique enough to make it stand out overall.

When I looked into Fobia, I couldn’t get a ton of information, but that doesn’t matter: indie gems crop up at all hours of the day, and the core concept seemed to be good. You’ve got to face fears, through some kind of dramatically wordless storytelling, and it’ll probably be a fun and crazy and challenging and maybe scary and all that jazz. The tone from the beginning certainly seems to suggest as such: there’s just a very intense but simple guitar playing over the menu, and the only options are about rumble being on and off. There’s the ability to move and jump, and that’s the end of the sequence. Your character is a red-hooded figure with no face and no name or whatever, but who needs identity? This looks like it’ll be a good, scary puzzle platformer with death sequences and plenty of traps and something to learn along the way. Tally ho! 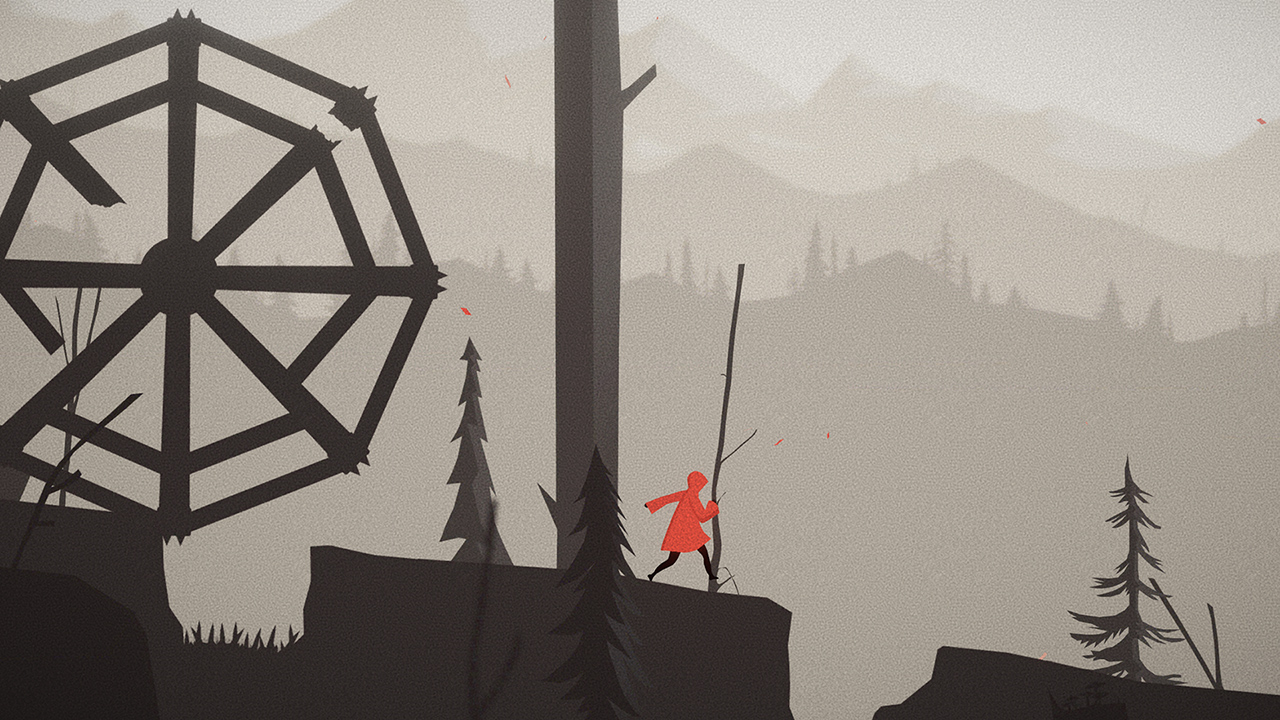 Then you get into Fobia, and you start walking. There’s no music, but that’s alright, there’s a bit of ambient noise to give you an idea of things. You need to jump along, trying not to fall down in inopportune places, and there’s a bit of a sense of foreboding happening along the way. At one point, I move over a giant mountain/mound and it stands up to reveal itself to be a massive, white-masked figure. Aha! I should run at this point, right? No. It just sort of looks at me. I move off the screen, and then come back. Figure isn’t moving. So, as weird as it sounds, you should expect the expected with Fobia. And holy mother of God, is that ever the same story through and through for the less than an hour of gameplay you get out of this thing. Maybe less than 30 minutes if you get a handle on the controls.

If you’ve played Limbo or any other game where creepy tone and “surprise, a trap!” was the flavor of the moment, then you know exactly what to expect with Fobia. You’ll be running around and jumping and then BOOM, a platform gives way! Or you’re climbing up some steps and then a swinging spike thing hits you and BLASH! Or you jump over a rope trap and then a ghost wolf appears and you need to double back or CHOMP! These are all potentially very cool and scary and damning moments that are completely wasted and shot to hell by the total lack of delivery with any of them. Firstly, there’s still no real soundtrack, just ambient noise, so I can tell when the waterfall is coming but I don’t actually feel threatened by the bear I’m outrunning (for all of six seconds). Also, I fall down a hole, get hit with a spiked wheel, and get murdered by my own shadow, and all I do is crumple to the ground. I’m not expecting gore and mayhem, but maybe just a bit of spice to make it feel more interesting, just a tad? Like, would it have been impossible to make our protagonist have some kind of reaction to what’s happening other than “Oh, I’m dead”? 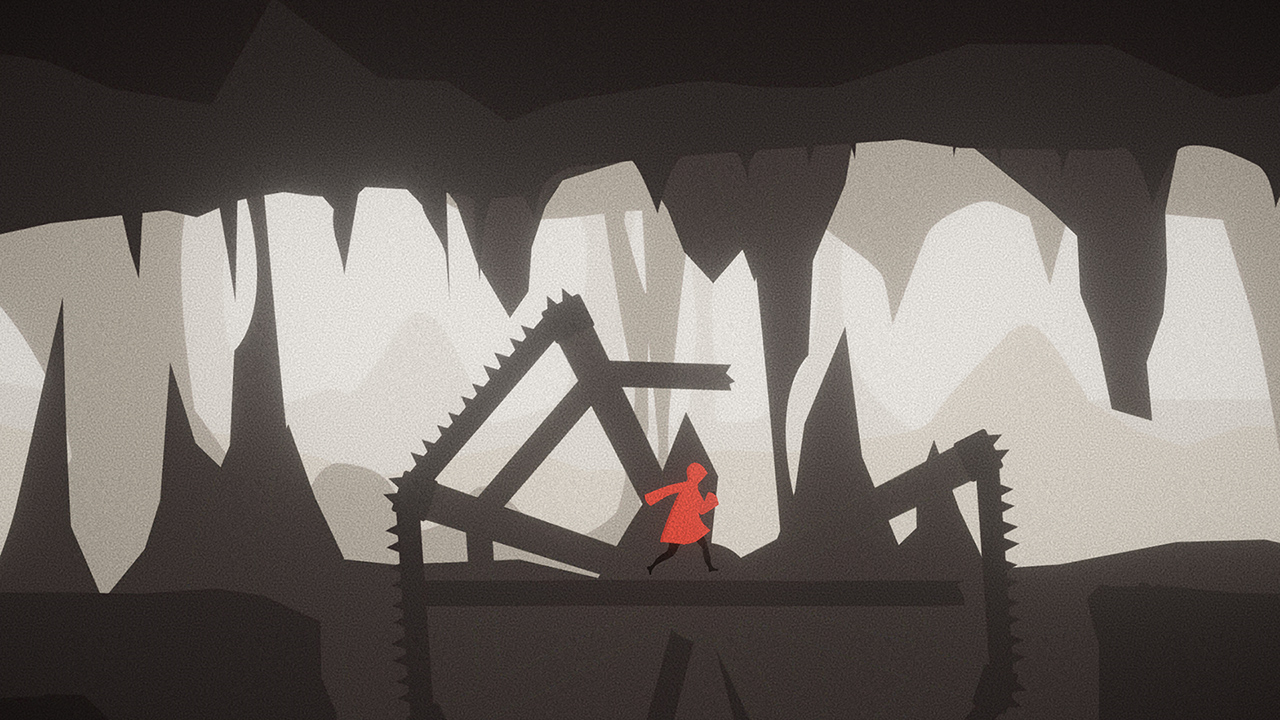 Also, the whole thing feels almost incomplete and experimental in delivery. Fobia created more tension and frustration with poorly mapped areas of movement than it did with surprise deaths. I spent more time trying to jump and land, successfully, on the spot of a wheel where there weren’t spikes than I did trying to dodge the wheel, which seems very counter intuitive. It’s like if you did a great job getting through a level of Mario, but then weren’t able to finish the stage because the flagpole only had six pixels mapped where you could grab, and you had to guess where they were. There were times when I got stuck in walls or on top of things trying to avoid getting attacked or surviving in general. More than once, I rode on a crate down a river with one foot in the air, permanently in jump phase, because relaxing would mean instantly falling into the water. Or, on one occasion, I jumped to avoid my shadow and ended up stuck to a wall, and then my shadow “killed” me and disappeared into the ground, but I was very much still alive but hadn’t triggered the successful completion to move on. So I just sort of walked back and forth till I got crushed by a platform that fell down.

When all is said and done, I don’t feel anything good or satisfying about finishing Fobia. It’s more like a “well, that happened” sort of mentality instead of one of accomplishment or satisfaction. I think I’m also just annoyed because the name and the menu’s tone made me think that I would be in for something scary that really explored the human psyche, or at least some degree of terror, but none of that came. I got to explore a forest, a cave, and outside a cave. The cave was the scariest part because, at one point, we changed the background platforms to be the foreground platforms, and then changed back, and I was cautious and skeptical of every place I thought I could step until I exited the cave. Nothing make me wowed, or even feel impassioned by it. For a couple bucks, it’s not the worst thing I’ve ever done, but it was so melancholy and bland and I don’t think either of those were the intended emotions. Disappointed. In the end, I was just disappointed.

For a couple bucks, it’s not the worst thing I’ve ever done, but it was so melancholy and bland and I don’t think either of those were the intended emotions.