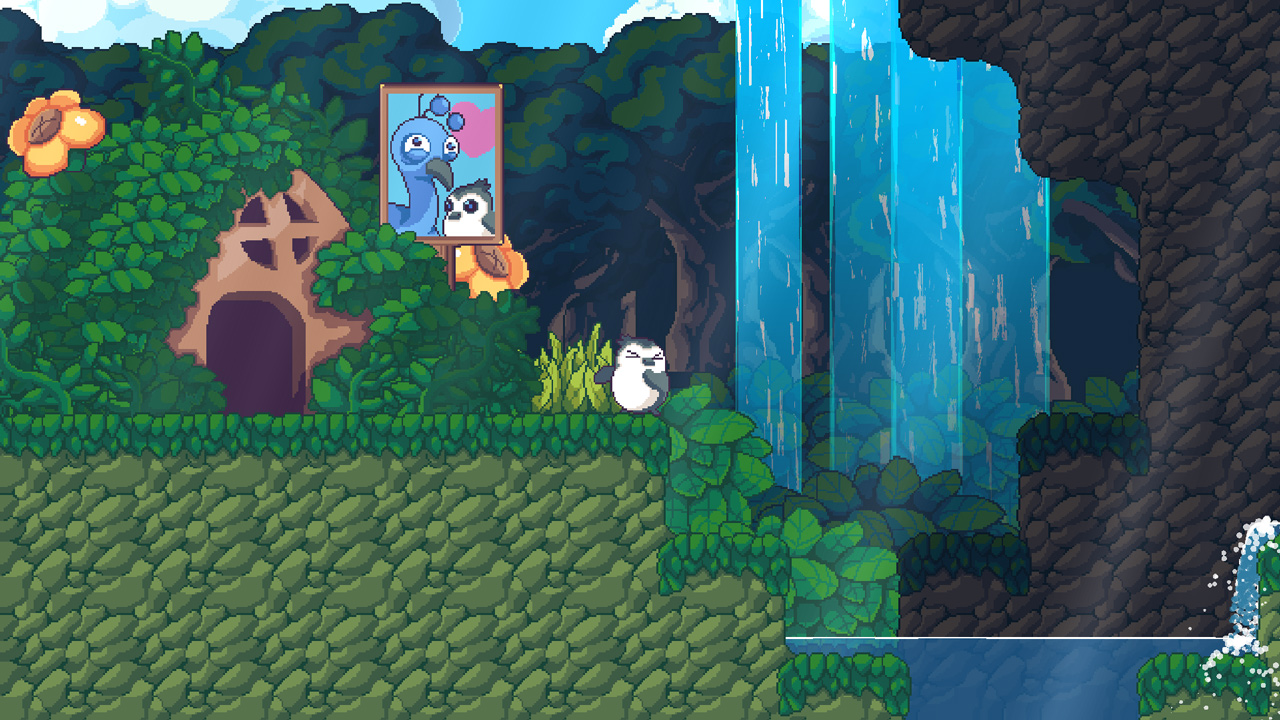 Songbird Symphony is the first game by Joysteak Studios, a Singapore based indie studio. This new musical adventure game has just been released for Nintendo Switch, PlayStation 4, and PC. Combining platforming action and rhythm segments, the game follows the story of Birb, a small bird who is searching for his parents.

Songbird Symphony kicks off shortly after Birb hatches. He quickly realises that he’s really not like the other birds. Surrounded by peacocks, he finds himself alienated and feeling lost. After Birb hears that a wise owl can guide him in the right direction to find his parents, he sets out on a journey to find the place where he belongs. The owl agrees that he can help Birb, but only if he can first collect all of the different music that is unique to each bird species. Birb ends up travelling across a wide variety of areas on his quest, meeting birds of all kinds; ranging from chickens to penguins.

Birb is a natural musician, easily picking up the notes that birds around him are singing. They don’t always make the process simple for him though, usually requiring him to complete a task or tasks for them before they’ll let him learn from them. There’s plenty of platforming to do in the process of completing these tasks. Birb can sing notes at any time as you run around the world, with each note assigned to a different D-Pad direction or Joy-con button. In addition to being used during the rhythm sections, these notes can be combined to create simple tunes that are used to activate platforms or relay instructions to a partner character. The platforming sections also feature sliding block puzzles, which are fairly straightforward and similar to those featured in other games. 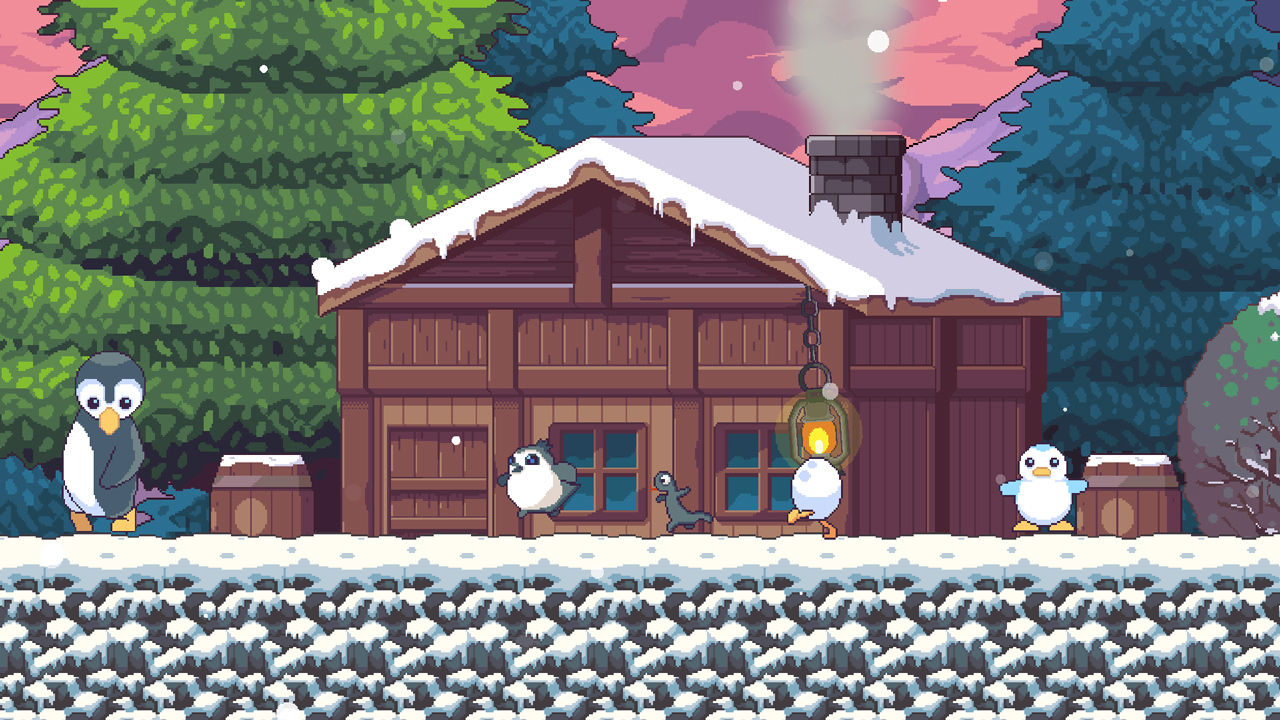 At certain times in Songbird Symphony’s story, Birb will need to listen to and copy a song that another bird is singing. These are the rhythm sections, and there’s a pleasingly wide variety of them. Another positive is the way that the game changes up these segments, with notes moving across the screen in many different patterns. Sometimes they fall from above, sometimes they slide across the screen, sometimes they make circular motions or even bounce across the screen. It keeps things interesting. The only issue is that sometimes the notes move very fast. This, combined with the fact that the D-Pad icons shown aren’t as visually clear as they really should be, can cause some frustration when notes are rapidly flying at you. Despite this, the game’s difficulty is very casual, there’s no way to die during platforming or to fail a rhythm section. The game just keeps on going until you manage to perform well enough to move on.

Songbird Symphony is a light-hearted game, and that’s reflected in every part of the game’s design. Featuring beautiful pixel art throughout, it’s a visually gorgeous game with many colourful and distinctive characters and environments. Birb himself is rather adorable and nicely animated. It’s fun watching him express himself during story scenes and interact with the world around him. The variety of birds is strong, and although the environments start out small, they quickly become larger and more complex. The main downside is that after a while there’s a noticeable amount of asset re-usage in some areas, with some level objects and characters being used again and again. Songbird Symphony’s background tiles also get reused a little too much, which can make different parts of the one area look samey and make navigation a little harder. A good example of this is a castle that Birb visits, which has a bunch of very similar looking rooms. So while the art itself is great, it feels a little limited, which is unfortunate. 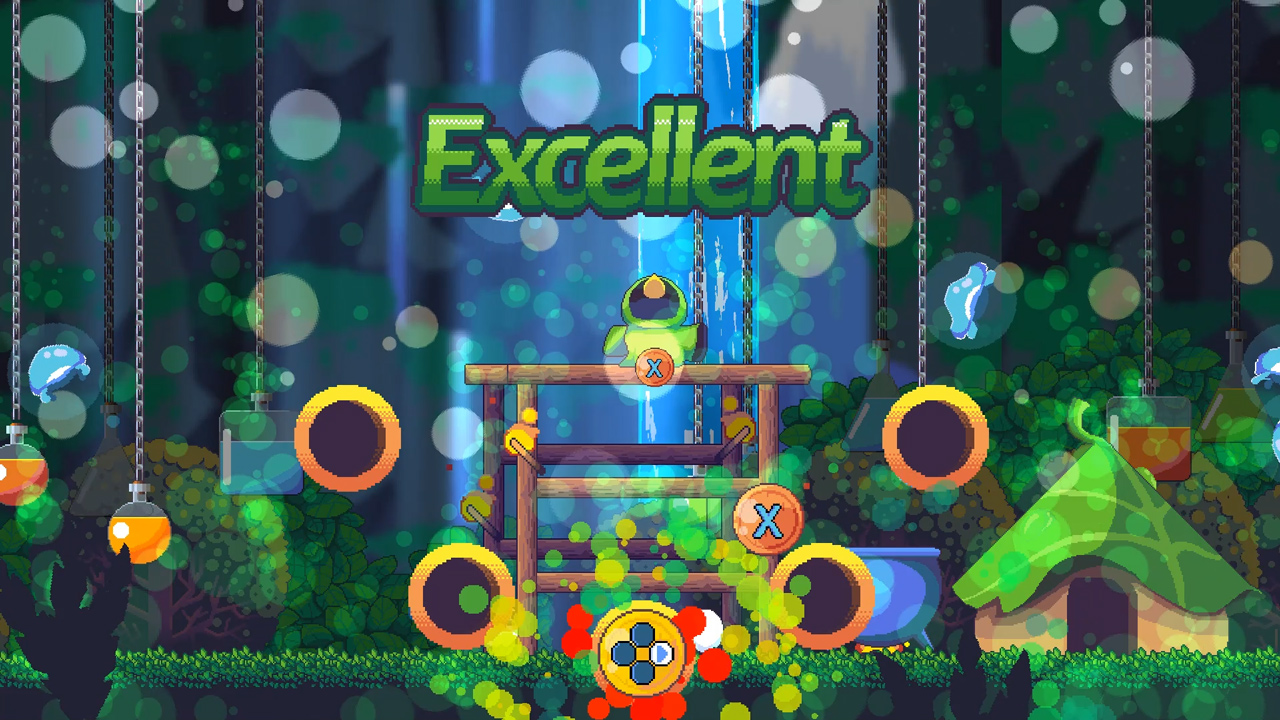 Songbird Symphony’s writing is decent. It gets the job done, and Birb’s friendly, pure hearted nature comes across well. Where it falls a bit flat is the large number of bird puns. Working in a few is fine, but they’re overused and it becomes a little annoying. The soundtrack is light and airy overall, and features various musical cues. There’s more hits than misses when it comes to the background music, but there are a few tunes that repeat a little too much or use high pitched notes that can grate a bit.

Overall, Songbird Symphony is an interesting fusion of platformer and rhythm game. The game does a lot of things right, with its beautiful sprite artwork, simple yet solid platforming, reasonable 8 hour length and good variety of rhythm sections. Unfortunately, it does a few things wrong, with the rhythm sections feeling a little unbalanced, icons being somewhat unclear, and rather noticeable re-use of assets being the biggest drawbacks. That said, the game will certainly have some fans regardless, and there’s definitely more good than bad here overall. Games like Songbird Symphony don’t come along often, nor do they often look this charming. There’s something to be said for that, and with a demo now available, this is a game that people should definitely try out for themselves.

Songbird Symphony is an interesting fusion of platformer and rhythm game that does a lot of things right, with its beautiful sprite artwork, simple yet solid platforming, reasonable 8 hour length and good variety of rhythm sections.