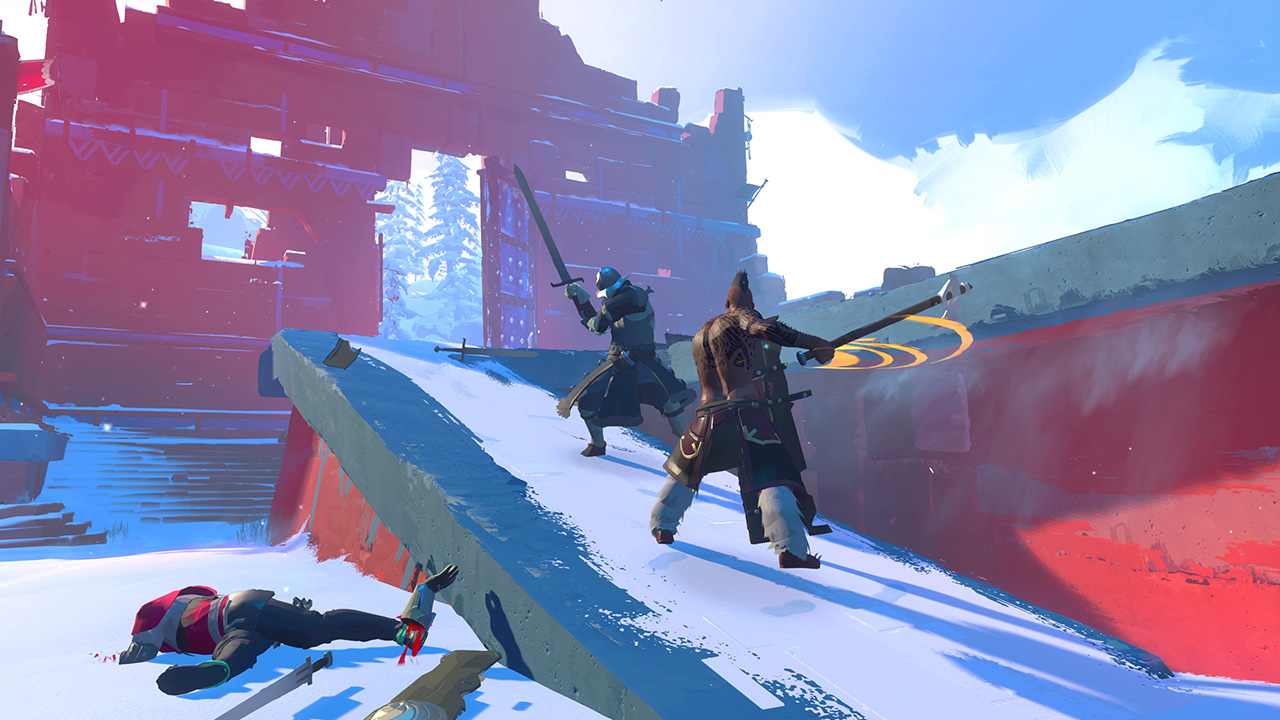 Sword fighting is one of the oldest forms of combat. From the Katana of the ancient arts of the Japanese Samurai to the Broadsword of the English Knights, it’s a form of melee combat that has a rich heritage in the history of conflict. Even now, such weapons are still held in high regard with spiritual meanings and military honours; even the ruling monarchs of England knight their most loyal subjects with a sacred sword. It’s also one of the oldest genres within video gaming, with classic titles such as Bushido Blade up to the more modern and hard-hitting For Honor. It’s an art form in itself and this is a premise that is explored in Boreal Blade as it slashes and parries a release onto the Nintendo Switch.

Developed and published by Frozenbyte, the company behind the Trine series of games, this title focuses on the finer points of sword fighting. Positioning and stance are ever important here, as is striking at the right time during an opponents opening. Any gung-ho tactics won’t win the day here. It’s a more refined experienced, one that is easy to play, yet fiendishly difficult to master, but once you can begin to read the gameplay and movements of opponents, this is a game that pierces you with its intricacies. Although your weapon plays a part, the main focus lies in your ability to position your weapon and learn its nuances in order to be the last man standing on the battlefield.

The game begins with you creating your own fighter from a limited number of options, as well as outfitting them with a weapon and armour; although at the start of the game, you only start with the most basic of supplies. From here, you can play across five modes of play from death matches to 1v1’s and more objective-based battles with Boreal Battle and Boreal Claim. Although each mode presents a different style of play in its objectives, the main core of the gameplay remains the same, which is the art of sword fighting itself. The more battles or skirmishes you partake in, the more XP you gain, which in turn, unlocks a large variety of cosmetic items, weapons and armour. 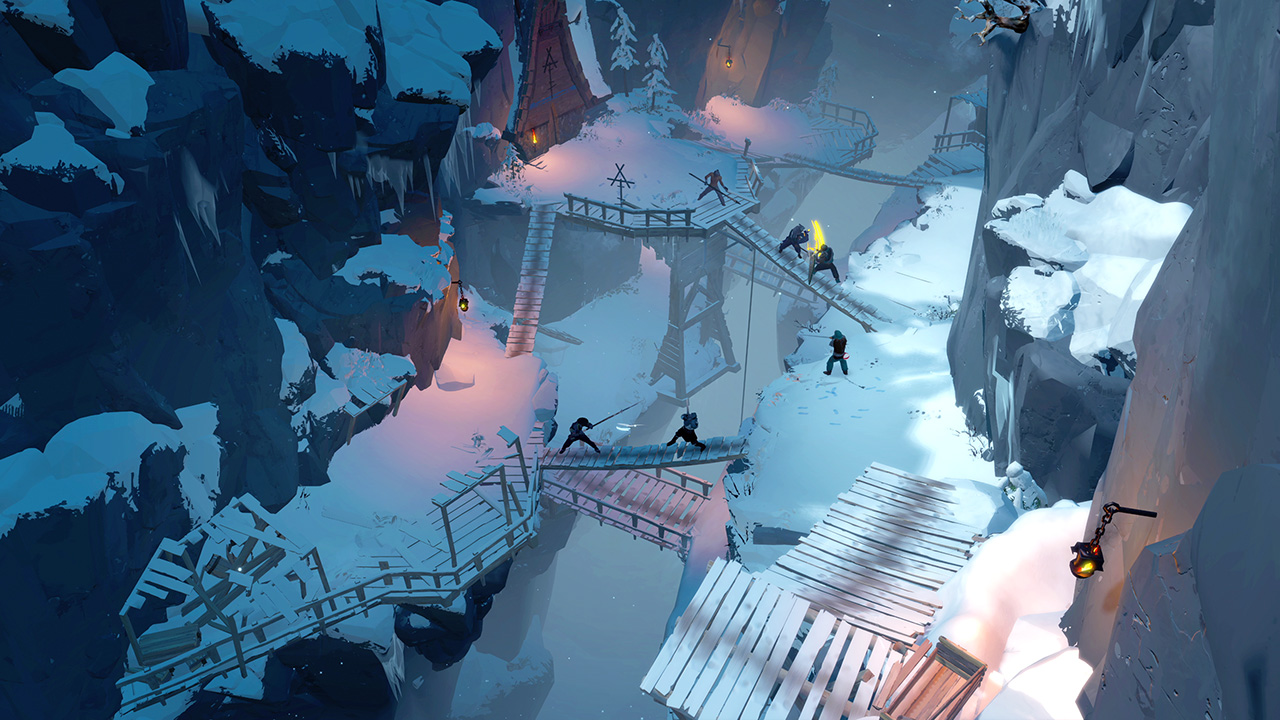 Most of the combat takes place in an arena-styled level, eleven in total, that present various levels upon which to fight. Sword movement is largely controlled with the ZL and ZR shoulder buttons; one to strike and the other to feint, with the right analogue stick adjusting the position in which you hold your weapon and what direction you strike. In terms of learning the nuances of sword combat, this can be a gruelling game when you first start off. It’s an easy game to play, but a fiendishly difficult one to master. However, with continued play, you begin to learn  how each weapon functions, when the best time to strike is and how best to defend yourself. To mix things up, you can also throw your weapon and kick opponents to knock them off-balance, or if up on a high precipice, kick them off the edge to their own doom and your own personal glory.

Every thing here is based on a freeform style of movement. There’s no block button to instantly parry oncoming attacks, you need to position your blade in order to deflect a potentially death-bringing blow. Although difficult to get to grips with right away, it’s a style of play that can be used to your advantage; depending on your weapon of choice though. Some swords can be slow to swing, leaving you open as you re-adjust your position, whilst other can deflect a shot and be positioned for a quick retaliatory strike. In order to succeed here, you need to master the techniques of your stance, sword positioning and the most effective timing to strike. However, although there’s no specific block button, pressing the R shoulder button can produce a blocking move if timed correctly; one that can also grant you a small amount of health.

There’s a lot of variation within the game, from one-handed weapons to the larger two-handed blades and even the ability to take a shield into battle for added protection. The level areas also vary in size and offer numerous paths onto which to meet your foe, as well as various levels upon which to fight. With so many elements to the game, a lot of your time will be spent experimenting with stance styles, weapon loadouts and armour benefits. There’s an almost cat-and-mouse style of play here. For instance, the larger, heavier blades can be cumbersome against someone who wields a more, faster, precise weapon, although the damage output can even up the odds. You can even disarm your opponents, knocking their blades to the floor and leaving them exposed to your, or your allies attacks. 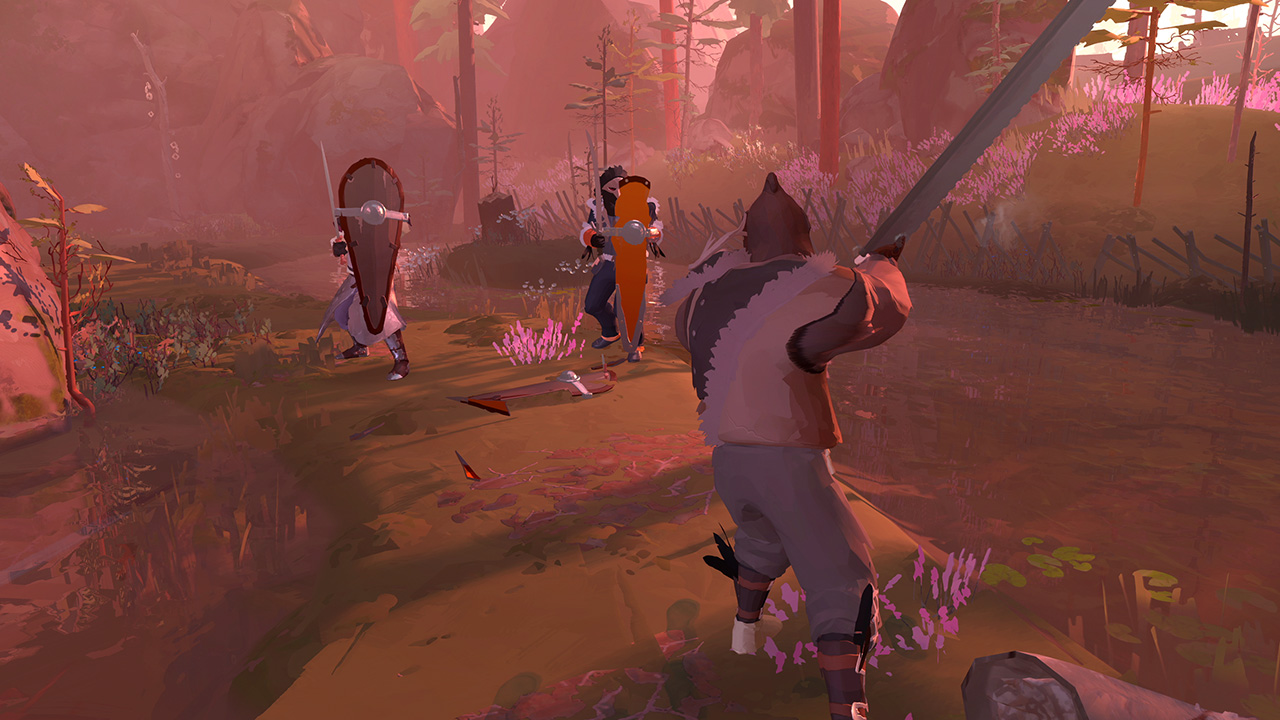 The learning curve of Boreal Blade is a steep one. It plays more of a Bushido style rather than the all-out combat of For Honor. However, the game does introduce you to the basics of movement and combat through a brief tutorial, although you can hone and develop your skills, as well as find a balance through a training mode that offers you a chance to experiment with different loadouts before taking them into the field. Each of the game modes come with a strict time limit, meaning that matches are always played within a set time and rarely overstay their welcome. As the game counts down, a Fortnite-style circle encloses on the level, restricting your space and forcing you fight in close quarters; eventually ending with just one man standing.

Due to its style of play, I do feel that this is a game that will be divisive in how other gamers view it. Some will love its style, others will loathe it. However, there is also a demo that provides a good insight into what the game holds and in how it plays. Therefore, I would strongly recommend you download this before purchase, just to be sure that this is a game that suits your style of play. For the uninitiated, the combat can come across a bit clunky, but once you learn the finesse of its gameplay, it becomes a much smoother and rewarding experience. Unfortunately, the game has also released with a couple of bugs that can lag when online or simply kick you from the game; forcing you to lose all gained XP. It doesn’t happen often, but it happened enough to be noticeable. However, I do know that a patch is currently being processed which will hopefully fix these issues.

Overall, Boreal Blade offers a satisfying take on the art of sword-fighting, but be warned, it’s simply not a game that you can just walk into. Its nuance of combat and finesse in fighting, forces you to learn all of its elements in order to be successful. Weapon adjustments, stance and the reading of opponents are all important factors that need to mastered, as is finding the right setup for your style of play. It does add to the overall level of gameplay and produces a game that can last over the long-term; but it’s simply a game that you’ll either love or hate. It’s lobbies are constantly full, which is a good thing for the Switch, plus the developers have promised an incoming patch that will add a cross-play functionality, so the community should hopefully thrive for some time to come. If you’ve got fond memories of Bushido Blade, then this is a title that I’d wholeheartedly recommend. If you’re not sure though, try the demo first. After all, you might be pleasantly surprised by what this game has to offer.

Boreal Blade offers a more refined take on the art of sword fighting with an importance on stance and pose across a variety of game modes.