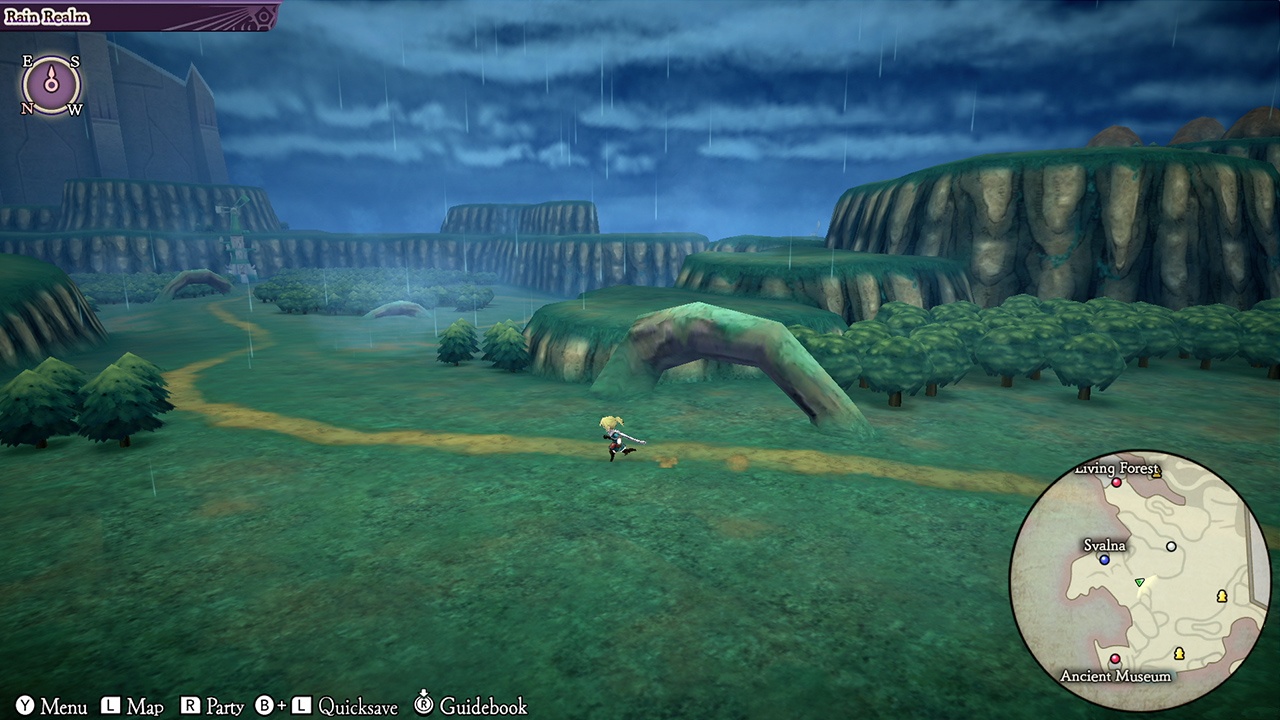 When it came to hand-held gaming, the Nintendo 3DS and Sony’s PS Vita were the go-to consoles for the niche genre of Japanese role-playing, or JRPGs as they are more commonly known. Each of these consoles housed a variety of famous titles from the Persona series to the world-famous Final Fantasies and Dragon Quests. However, with the success of the Nintendo Switch, these Eastern flavours are now being presented to a much wider audience of Western tastes, as well as finding a new home in which to live. Although not yet officially dead, the 3DS is undoubtedly nearing the end of its life-cycle and because of this, some well-established and recently released JRPGs may well have been overlooked. However, thanks to developers, FuRyo and publishers, NIS America, one such game has now been given a complete high-definition overhaul and a re-release in the form of The Alliance Alive HD Remastered as it is borne again onto the Nintendo Switch.

The story revolves around a fantasy setting where the world of humans has been invaded by the otherworldly rule of the Daemons. Their arrival, a thousand years previous from where our story begins, brought with it a great barrier that separated the two realms; extinguishing the beauty of the blue sky behind a blanket of grey clouds and misery. Our story begins with the introduction of two friends, Azura and Galil, who unwittingly set in motion the wheels for a revolution in order to fight against the scourge of the Daemons and bring back to reality, the myth of the once cobalt skies. Seen as the spiritual successor to The Legend of Legacy, this game has been backed by a pedigree of writers, composers and designers; all of which have played a hand in some of the most famous JRPGs of our time.

This has resulted in a game that holds many elements that have been seen at some point or another within a number of other successful titles. It holds similar values to Final Fantasy in its turn-based combat, runs several concurrent stories as seen in Octopath Traveler and holds the same values from the successful era of 90s JRPGs, all mixed with a touch of modernity to bring a balance to its force. It all combines to produce one of the more playable games within its genre, holding both Eastern and Western values, plus a plethora of in-game mechanics to keep things moving along at a brisk pace. 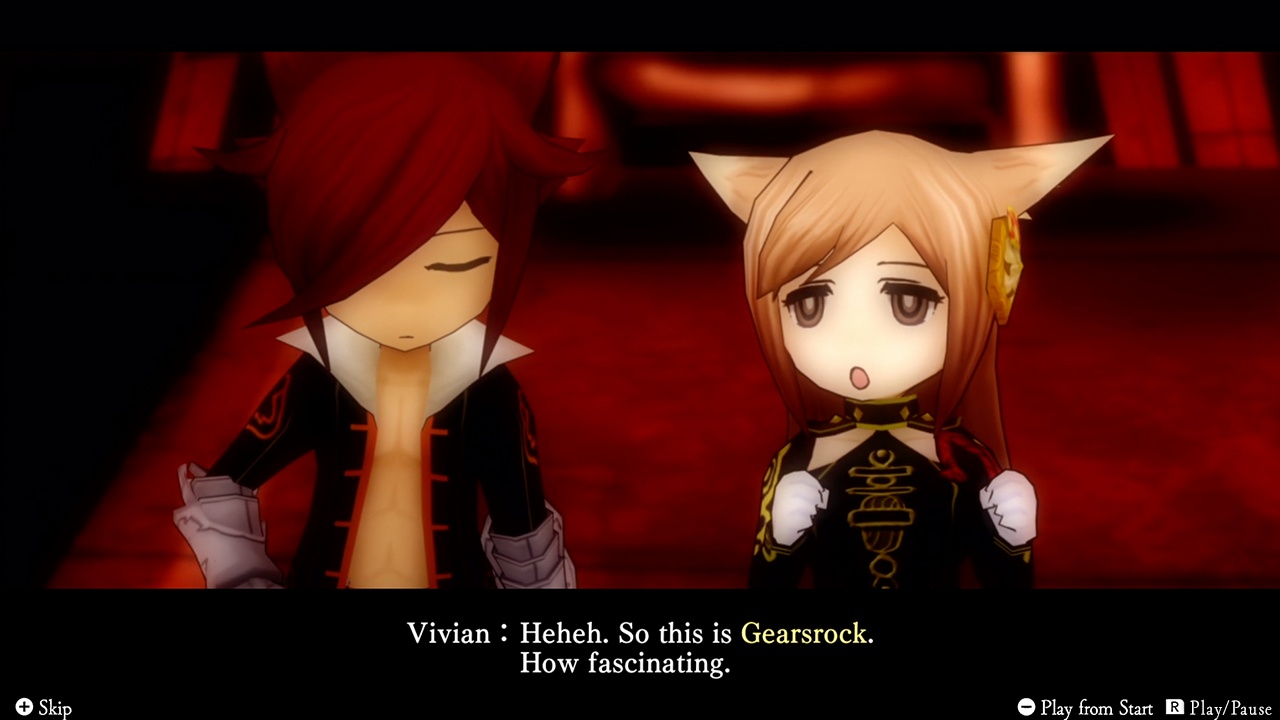 The pacing of the game is one of its biggest successes. Every time I stepped into the game, the story pushed along at a pleasant pace, never outstaying its welcome and always culminating in a peak that I rarely saw coming. In a lot of ways, it felt similar to watching a serial or box-set from a streaming channel; presenting you with such a cliff-hanger, that you simply can’t wait to step into its story again and see where it takes you next. The various components of the game also contain a nice pacing to them, introducing new elements at various times from new characters, branching story-lines and upgrades that culminates in everything coming together in a satisfying conclusion. You can’t help but feel a level of love and refinement that has been injected into the game, making it a pleasure to play through a number of its addictive qualities.

Many of its inspirations have a distinctly 90s feel to them, from its combat to traversing the world map. However, they also contain a more modern make-up to their functions and elements. For instance, its turn-based combat holds an air of familiarity to it, but adds to its mechanics with upgraded and new moves being learnt through the constant usage of your abilities, parties being able to be placed on a three-tiered placement level that houses front-line and mid-range attacks, as well as a rear support level. The world map is also presented in a third-dimensional setting that makes navigation an ease, as well as a series of random encounters that can be taken head-on or avoided. Everything contains a level of streamlining to promote accessibility and ease of play, although some mechanics can require investigation or certain story points needing more exploration.

As well as a storyline that pushes things along in an interesting way, there are also other elements to keep you invested and interested in playing the game. These range from ability arts that produce new techniques to take into battle to recruiting NPCs into a series of guilds that can construct new weapons, create magical spells or produce new tactics in party formations on the battlefields. The further you progress into the game, the more you unlock, even down to a variety of transportation that allows you to fly across the map. These become more apparent as the game world opens up across a number of plains to produce a world that is massive in scale; albeit not one that is within the same scale of titles such as Breath of the Wild. 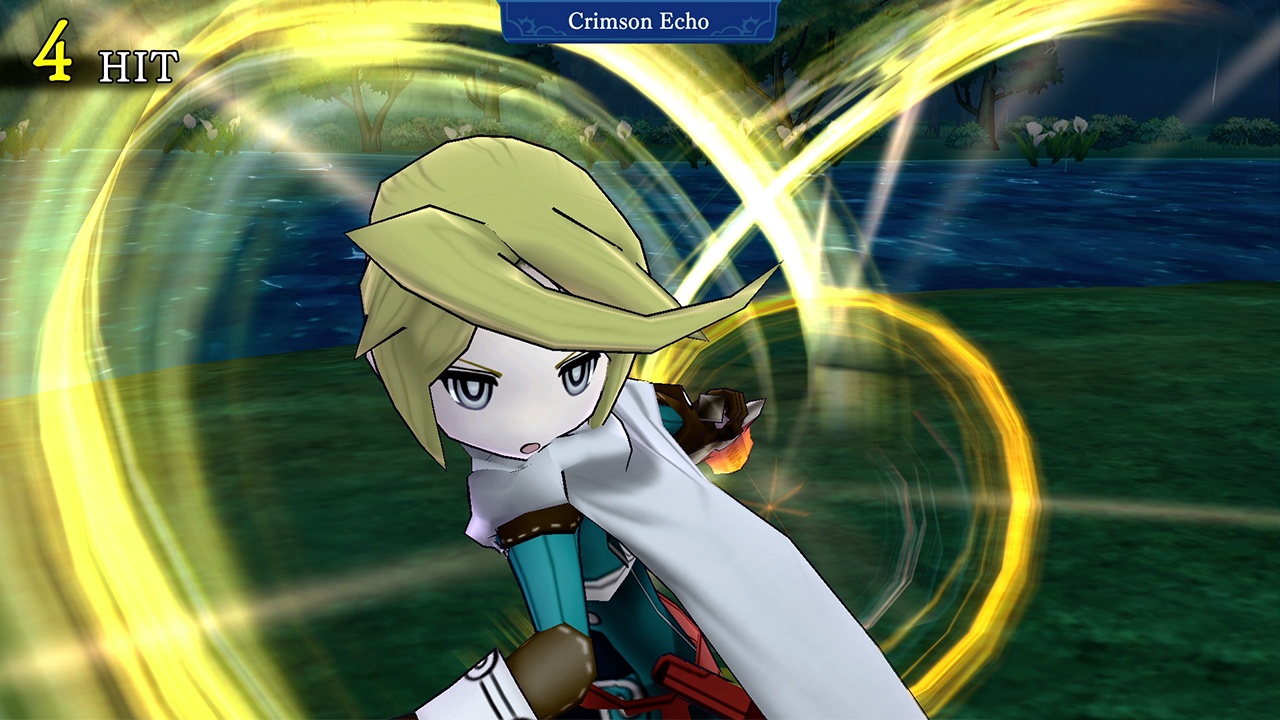 In terms of presentation, The Alliance Alive benefits hugely from its fresh lick of HD paint. Everything is much sharper from its 3DS roots, although there are instances which produces a very mixed bag when it comes to some textures. Overall though, this is a much better looking game with its new remaster and performs on a technical level with a pleasing smoothness that produces a pleasant ride. There’s no voice-over work here either, with all of its narrative being presented through textual interactions. Despite a lack of voice work, the narrative is rarely intensive to read through and is in fact, complimented with a rousing musical score that fits the settings in which you may find yourselves.

The game can work in either a casual capacity or for a more hardcore session. With its ability to save on-the-fly, you can drop-in and drop-out whenever you like; making this an ideal game to play if your play time is limited or if you fancy an evening of good, old-fashioned adventuring. There’s a lot here to keep you engaged throughout its journey and holds enough content to make it a game to last over the long-term. If there’s one minor fault, then I’m not sure that this is a AAA game for a triple-A price, but saying that, it is a fine example of JRPG gaming and holds enough to keep it an entertaining piece of software; so that’s largely down to personal preference.

Overall, The Alliance Alive HD Remastered is one of the more playable JRPGs currently available. Despite its Eastern origins, it contains a Western feel, as well as holds a variety of mechanics that have been inspired by some of the best-selling games within its genre. It feels distinctly old-school with its throwback to the 90s, yet feels infinitely playable with its modern bolt-ons. However, this is a game that reigns supreme with its investing storyline and characters, satisfying combat and interesting upgrades; all of which flows with a pace that never feels stagnant in its progression. In fact, all of its mechanics, from the journey to locations, puzzles and abilities all work together to bring the game to a culmination of separate storylines that evolve into a single, satisfying conclusion. It looks great and plays even better and if you’re a fan of its genre, then this is one of the best old-school JRPGs currently available on the Switch.

The Alliance Alive HD Remastered brings together the old-school charm of 90s JRPGs with a modern twist to produce a compelling adventure.