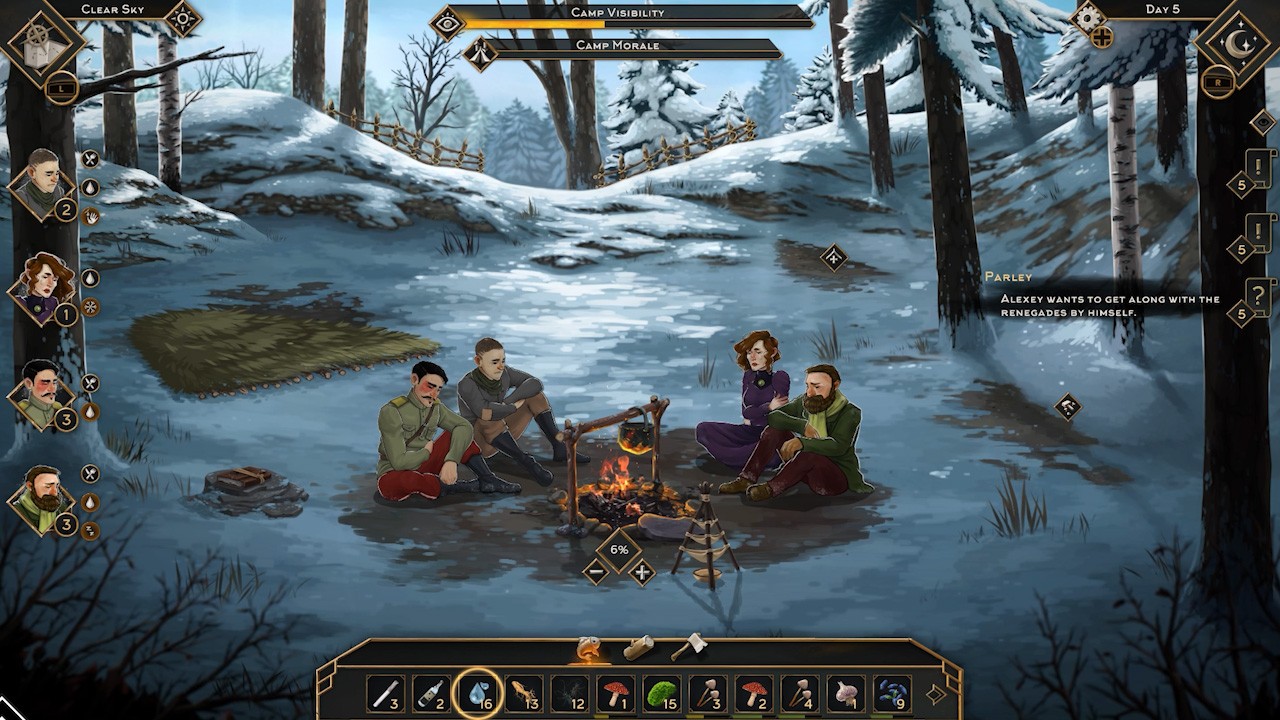 October 1917. Tensions are rising as Russia nears the start of the Bolshevik Revolution. Riding on the Trans-Siberian railway, your train is attacked and crashes off the rails. That’s only the start of the story in Arclight Creations’ deeply historical survival game, Help Will Come Tomorrow.

Four passengers have survived but are now stranded in the snowy wilderness and need to survive, not knowing when help will arrive. The weather’s not the only problem. You’ll have to avoid renegades too, as well as tackle the inbuilt weaknesses and prejudices amongst your ragtag group. But how do you do this?

You’ll need to head out into the dangerous wilderness nearby to scavenge for resources, trying not to get attacked or lost in the process. Using the resources you’ve gathered you’ll need to build tools and enhance your base camp to adapt in the face of the dynamic weather system, with the conditions changing all the time. In turn, this will influence each characters health, temperature, hunger and thirst – trying to keep the group morale up, the camp visibility low, and ensure as many members of your team survive as possible. 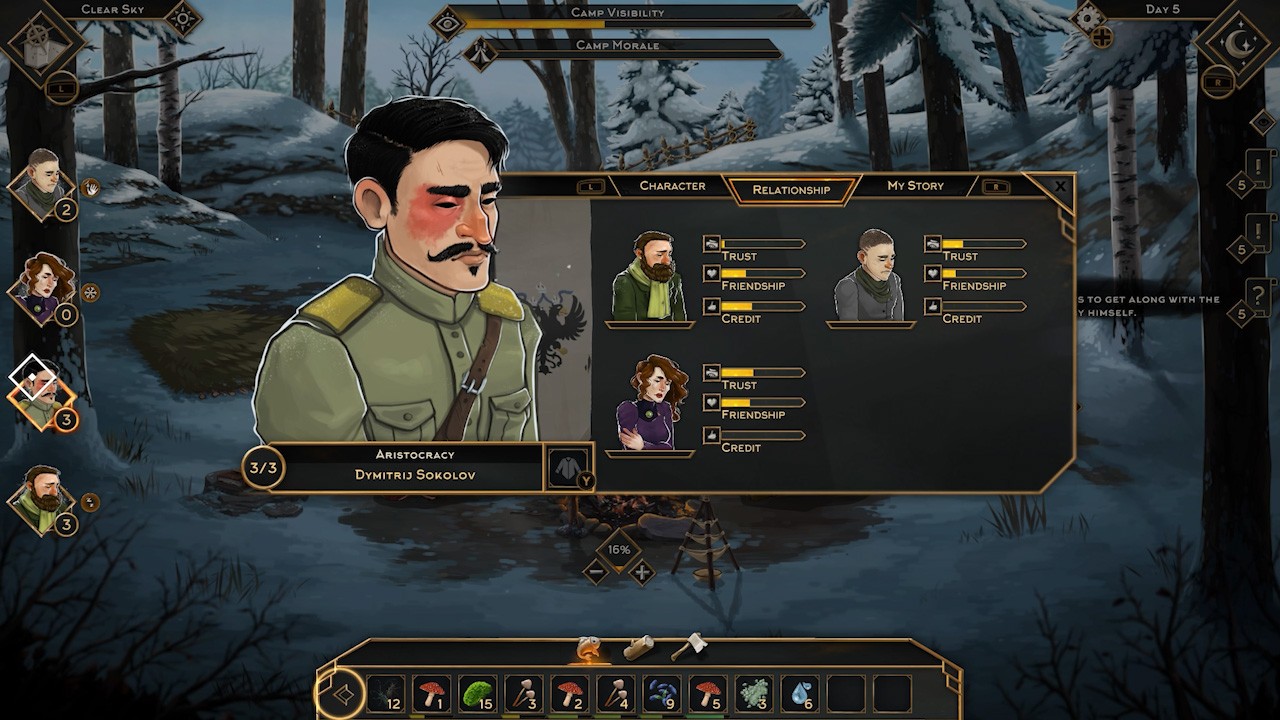 Everyone here has their own story, and this is what really drives the game. There’s a real mix of stories here, whether it’s a member of the aristocracy at the height of their power, or a lowly member of staff struggling to make ends meet. Each story gives way to a different series of traits, behaviours and thoughts that you’ll slowly uncover through fireside conversations – and not every character is happy with who they’re forced to bunk with. These relationships can change too, an intricate behaviour system adapts to actions taken by each character, conversations they’ve had, and tasks they’ve conducted together.

The music and sound effects are fairly standard for the genre, and the graphics are too. The cartoon style works well but does little to grab your attention. I reviewed this game on the Nintendo Switch, and the sheer amount that’s needed to fit on the screen doesn’t work on the relatively small Switch screen – reminiscent of another game published by Klabater in We. The Revolution, which was similarly flawed. Likewise, whilst having adequate controls it would be substantially easier on a desktop with a mouse to navigate the many play screens: there’s too many options and screens to cycle through on a console, without the ability to point and click. 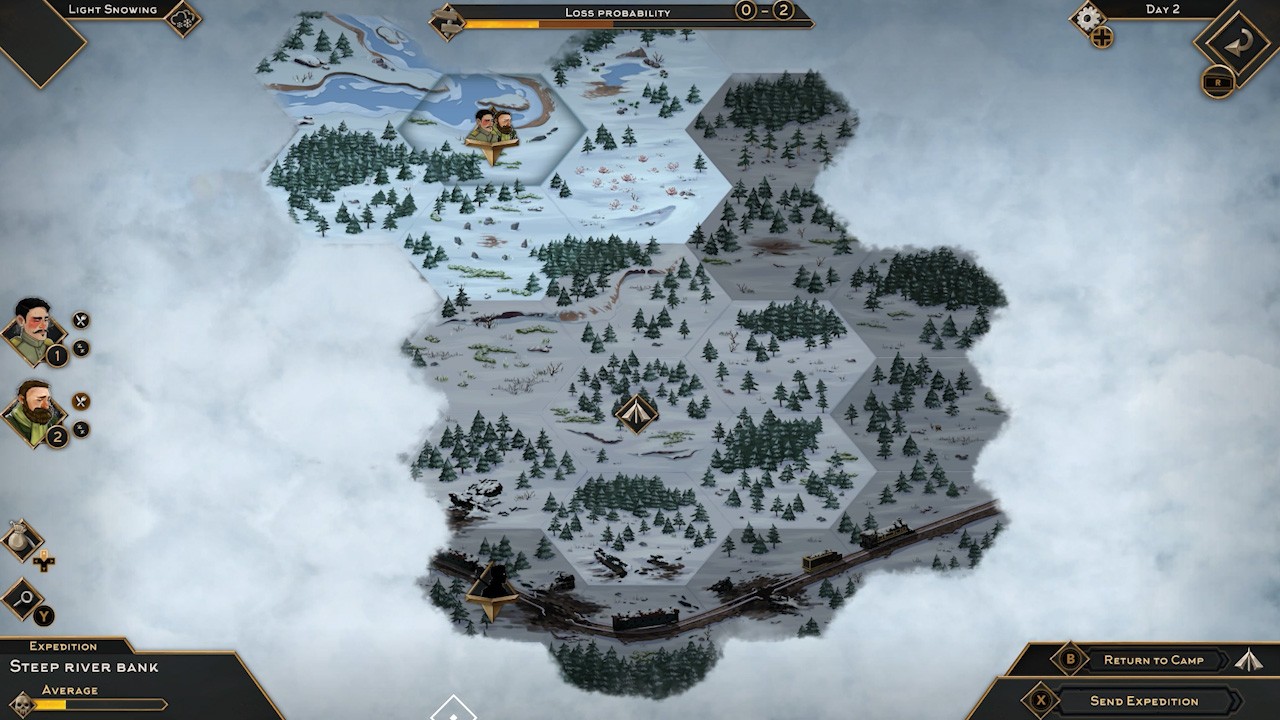 Still though it’s relatively user-friendly, with the in-depth tutorial you can have at the start of the game really helping you get to your feet. Regardless I still found it frustrating to get to grips with. Every aspect of this game is introduced in full within the first five minutes, and that can never make it easy to manage everything when it’s all thrown at you at once.

There’s different levels of difficulty which allow you to ease yourself in and get to grips with the mechanics before trying a more realistic approach and, also, give you a range of replayable experiences. Each game too has a different cast of characters at your disposal, creating a different dynamic and story each time.

Screaming out in every aspect of this game is that you can tell it’s made for PC and converted to console. A few adjustments here and there would have really helped to make this game more manageable and user-friendly. Despite the in-depth mechanics and relationships which looked so promising from the outside, the hectic screens just made Help Will Come Tomorrow off putting every time I loaded up a save, and I found it a real struggle to power through to the finish.

Despite being having many promising mechanics for a survival game, Help Will Come Tomorrow was too hectic and poorly optimised – creating a disappointing look at the Bolshevik Revolution.