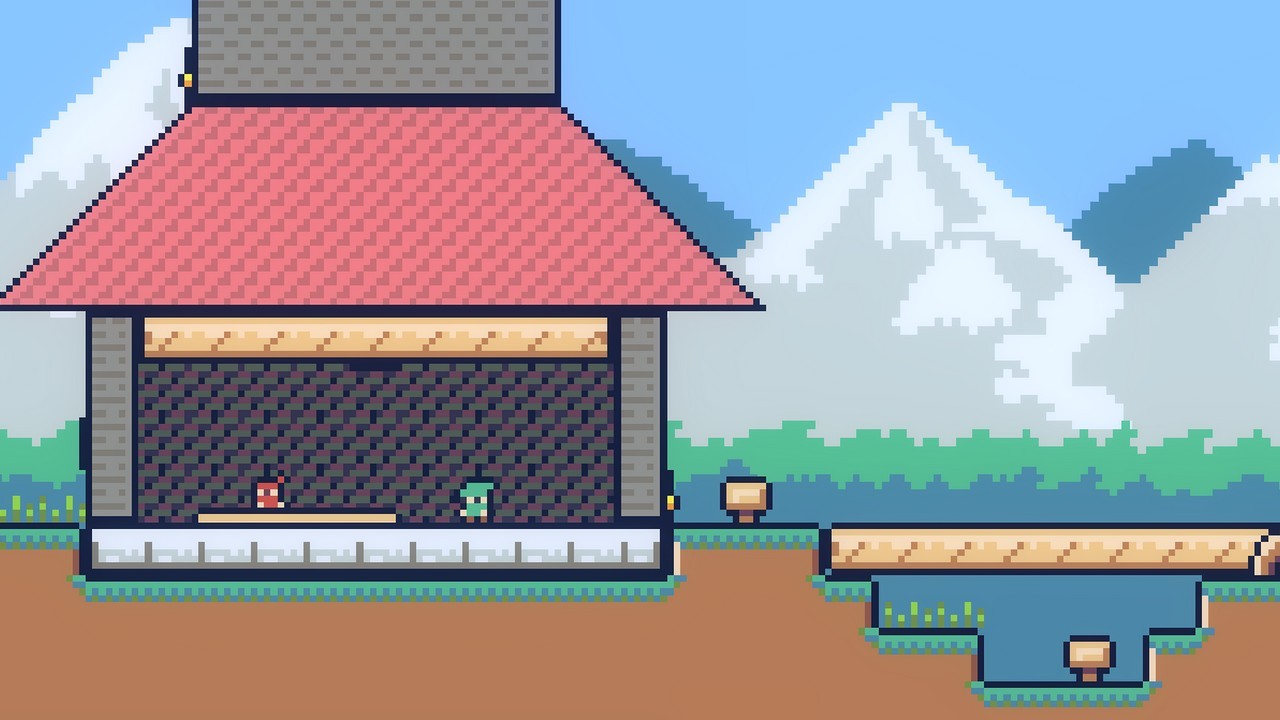 Often times, games that are trying to be quirky or offbeat can end up being positively exhausting. When your entire focus is to drive a singular idea into the ground, it can get boring without enough to back it up. The success stories find ways to make it more interesting: Suicide Guy had a shockingly innovative puzzle system, Mom Hid My Game! was ruddy brilliant, and I think the rest of the internet has spoken at length about Untitled Goose Game, so the exceptions are what we remember the best. I wasn’t totally sure what would come out of Reventure, an oddball title from Pixelatto, but I was wary from the very beginning. As it turns out, I’m far too prejudice and need to give things a fair shake, because Reventure is a goddamn treasure.

Here is your plot: you want to be a hero. That’s all. You live in a shack, next to a castle, and you hear that the king needs someone to rescue the princess, and that’s the whole shebang. Well, I mean, you gotta get out of bed in order to do this: no one actually rescues princesses from their Tempur-Pedic. Also, I guess you need a sword, there’s probably one around here somewhere. And, well, other goods might come in handy, but you really should figure out what you need, you can’t just go carrying everything. Wait, seriously, put that down, I don’t think you need that as well, you’re going to hurt yours and he’s dead. Well then.

Reventure is a ridiculous adventure game with over 100 endings, and you can get several of them in well under five minutes. As stated above, you gotta get the princess, and that’s the theoretical main goal of the game. However, pixelatto has injected a bit of open world aesthetic to the game, not commanding you to truly go one way or the other. Sure, the king drops the drawbridge and says go East, but what happens if you keep going West? The game has equal parts adventure and metrovania splashed throughout, as you literally can’t go some places without some equipment, and you need to consider your options very, very carefully. 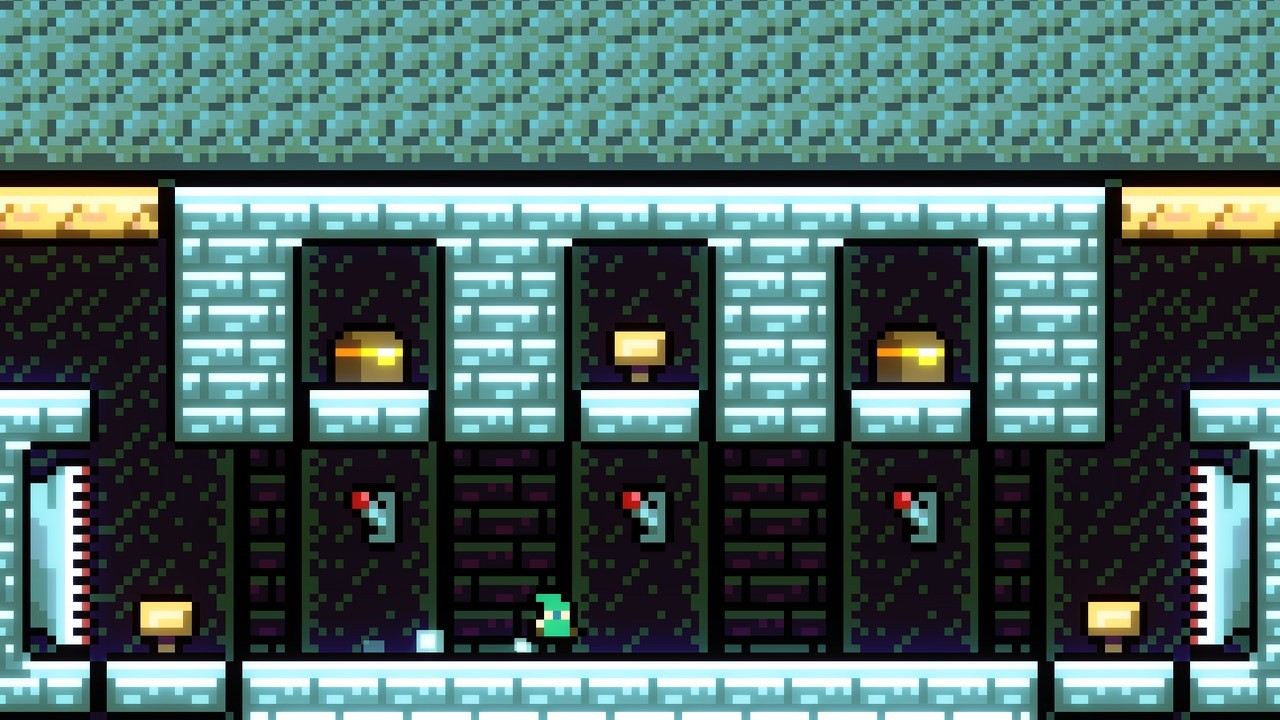 At first, Reventure seems to deliver the hits fast and furious, and it’s easy to see why. Get killed by the first badguy you see, that’s one ending. Kill a guard and go to jail, that’s another ending. Kill the old man with the sword, yet another ending. Trip over the damn rock in front of your house and die, you feel stupid and, surprise, an ending! Everytime you successfully end your story (either through death, imprisonment or otherwise), the game gives you a beautiful placard to hang on your achievement wall, and it even tells you what number achievement ending it is. With a little hunting around, you’ll find clues hidden here and there that give you ideas about endings you haven’t found yet (my first was “defy authority,” which led me to kill the king) and you sincerely need to put in the work to get to the last few endings.

Reventure also isn’t a totally random game, either: a lot of what you do has lasting effects within the game. For example, one of the earlier endings of the minion (the first bad guy you find) completely vanishes after you slay the minion, and the minion doesn’t respawn in future moments. If you go through the sewer tunnels, your clothes change to give you a certain plumber’s aesthetic (but not a complete copy). I actually got myself for real killed at one point and not just sort of killed, and my name changed because I was now my younger brother, who just moved into my house and took up residency. It’s these little choices to make the game continually evolving and growing that makes it more than just a gimmick. If all I did was keep murdering the king, becoming the king, getting dethroned and trying again, I would bore myself to tears and then delete it off the Switch. Instead, I went fishing for piranhas, got eaten by piranhas, and caused a massive famine within the kingdom. Oh, and I did kill the old man who had the sword a couple more times to make sure nothing new came. It didn’t, and the game graciously allowed me to skip over that scene, calling it a “memory” and not wasting my time. Not everything can be 100% brand new, but at least you don’t need to wait through a long explanation of what you’ve already done before. 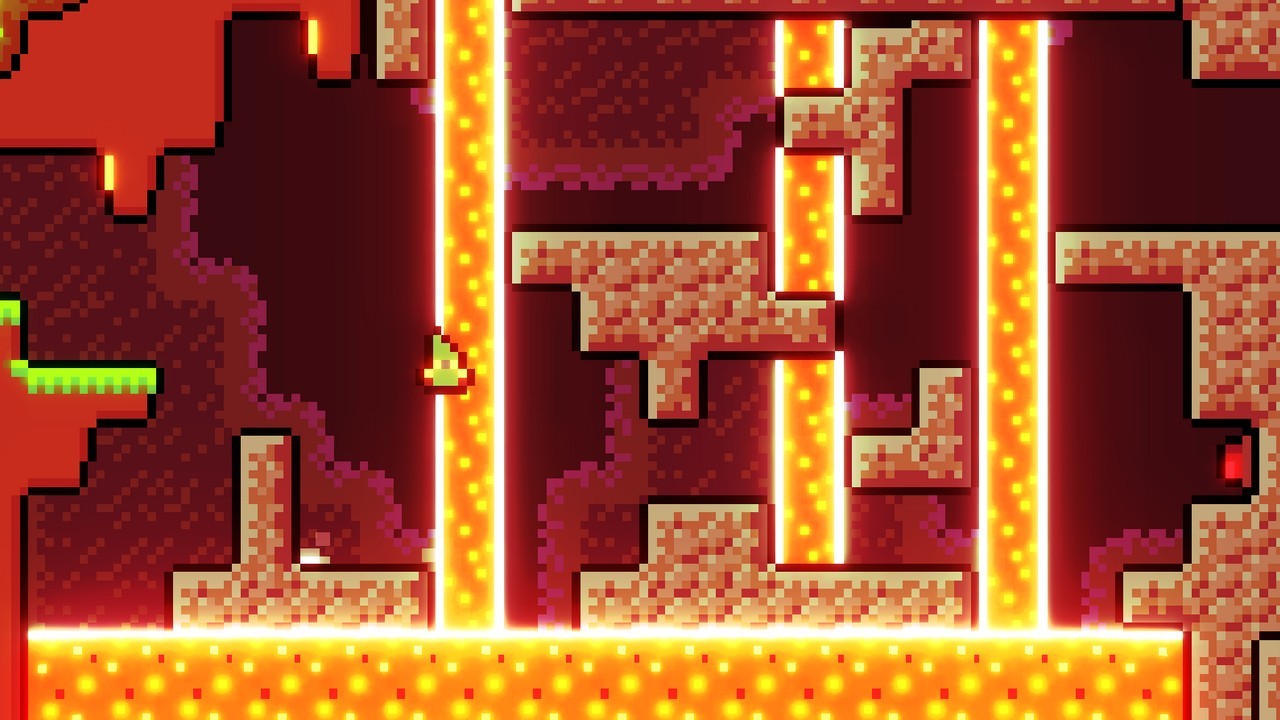 The visual display of Reventure might put people off at first, but the incredibly chunky, blocky pixel design really works for the absurdity of this title. Not only does it help to keep our ever growing lineage of heroes kind of vague and thus related, it makes for comical moments to pop even further. Exploring down in the volcano one day, I happened upon what looked like a slightly large dog, and promptly stabbed it with my sword, which triggered an ending. Turns out, that was the legendary dragon that resided with a massive hoard of treasure (woo!) but I couldn’t find my way out, so I died of starvation (boo!). Had I realized that was THE dragon, I probably would have waited a few more minutes until I found something else before stabbing it, but hey, someone’s gotta do the dirty work.

What’s fantastic about Reventure is that it’s a perfect fit for the Nintendo Switch and this unique brand of gameplay. While the controls are still representative of their mobile beginnings (one button for literally all the items you find), it works as you’ll never accidentally dig when you mean to hookshot: the maps are properly controlled so that there’s no overlap and the one button gets the job done. This has a shocking amount of replay value, but you’re only going to want to do a couple of endings at a time because it can wear the joke a little thin if you’re doing, say, ten in one sitting. Instead, take a break from all the madness in life, hop into Reventure, go and make life infinitely worse for the denizens of this fair kingdom, and then see the growing progress meter show you, by percentage, how much further you’ve gotten than other players. It’s somehow gratifying to know that close to 40 percent of people didn’t bother trying to blow themselves up with their own bombs, but dammit, I did, and look at me now! Plus, the light, simple soundtrack of chiptune is always a refreshing change to the relentless noise of the world outside.

Simply put, I love this game. It’s got the charm and the innovation to keep me coming back for more, and the price tag to recommend it to literally anyone. Not every great experience needs to come from a highly textured, deeply complex game that takes months of your life. Sometimes, you just need an idiot, who wants to be a hero, and a kingdom who suffers him in spite of his clear, deliberate mayhem, and that’s alright by me. You can find a few bucks for Reventure, and you’ll have a grand time, guaranteed.

Reventure reminds us that even the best meaning heroes can actually be way off base, and the results are chaotic, hilarious and, above all, fun to experience.