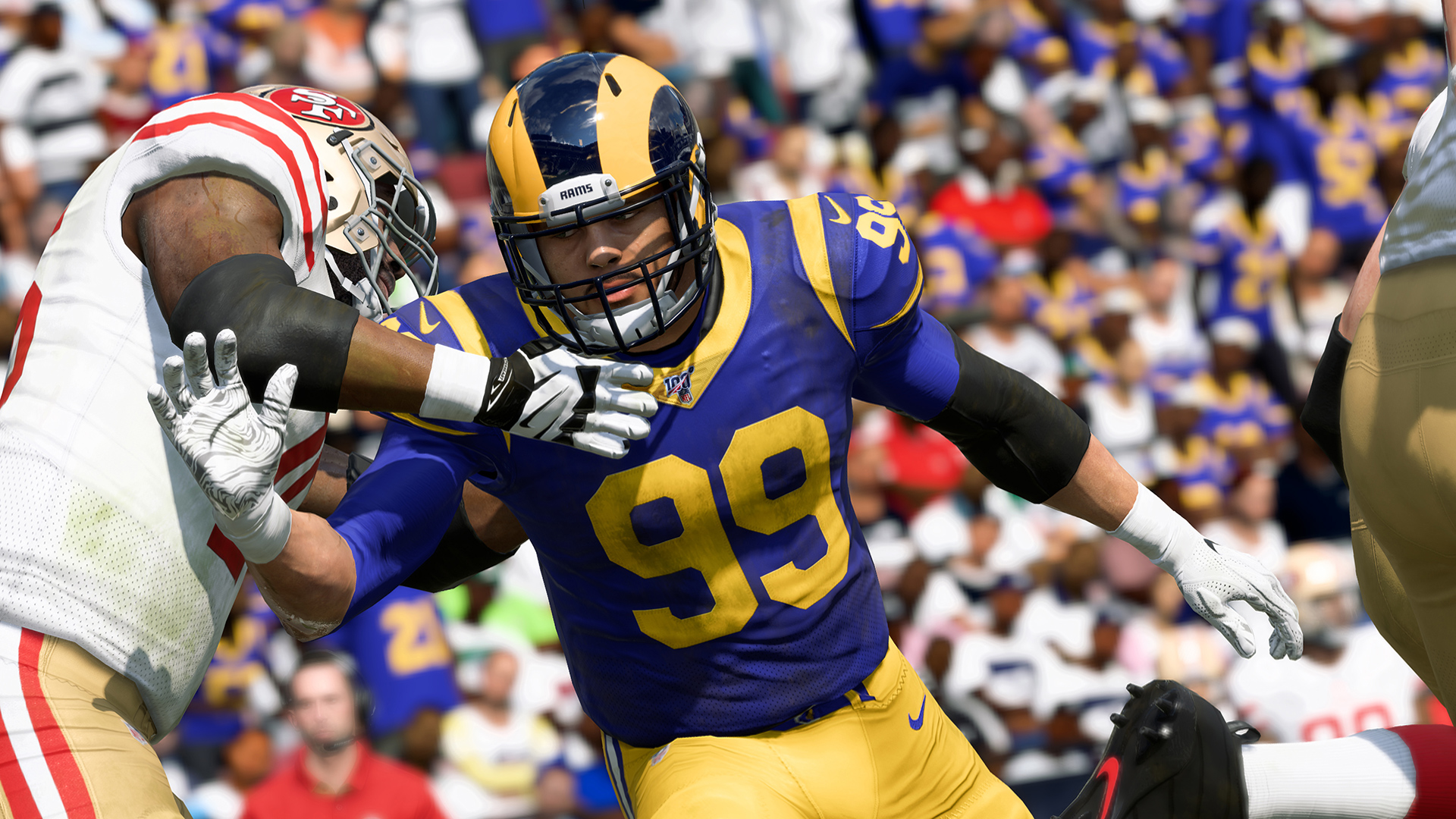 I come from a city with a zealot, cult-like even, passion for football. And while sports such as handball, volleyball, and ice hockey, were also prevalent throughout my childhood, then I never really strayed outside of the soccer field. While I always had an immense amount of disregard for American centric sports such as baseball, I was always fascinated by American Football. Sure, the go-to athletic competition for the majority of Northern Americans, did, and still does lack the grace of the beautiful game, but when it comes to down to plays, and tactical expertise, it is borderline second to none. And this heavy reliance on statistics and teamplay, has convinced me to forget about the individual brilliance of football, and give MADDEN NFL 2020 a go.

To breakdown the core gameplay of the game, and in-fact the flow of the sport itself, to those who aren’t exactly familiar with the sport, it can be summarized as a game of dead ball set plays, as every time the ball hits the ground, due to a tackle, or an ill-handed interception, the match stops, and resumes from a dead ball setting. While this does extend the playing time significantly, then it does add an additional layer of tactics, and gives the players a chance to use their brains, rather than their sheer brawn.

Personally, I found the plays to be the most engaging aspect of the game as a whole, as the short period of time between selecting a formation, and putting a ball into play, has this ever present ounce of tension and adrenaline, which is missing from games such as NBA 2K, and MLB The Show. What elevates the plays even further, is that you can alter how your players disperse after the ball goes live. Sure, FIFA 20 also allows you to adjust your tactics, and alter the player’s positioning, but because of the flow of FIFA, and the player work rates, those usually matter very little, as within seconds of the kick-off, players of both teams are all over the place. Whereas, you know that the player which you have ordered to avoid the initial confrontation, and stick wide to the side-line, will always be there to make a pass. If you order Eden Hazard in FIFA Ultimate Team, to stay wide while attacking, it gives you about an 80% chance that he will cut-in in between the two opposition midfielders, technically cutting him out of your attack. 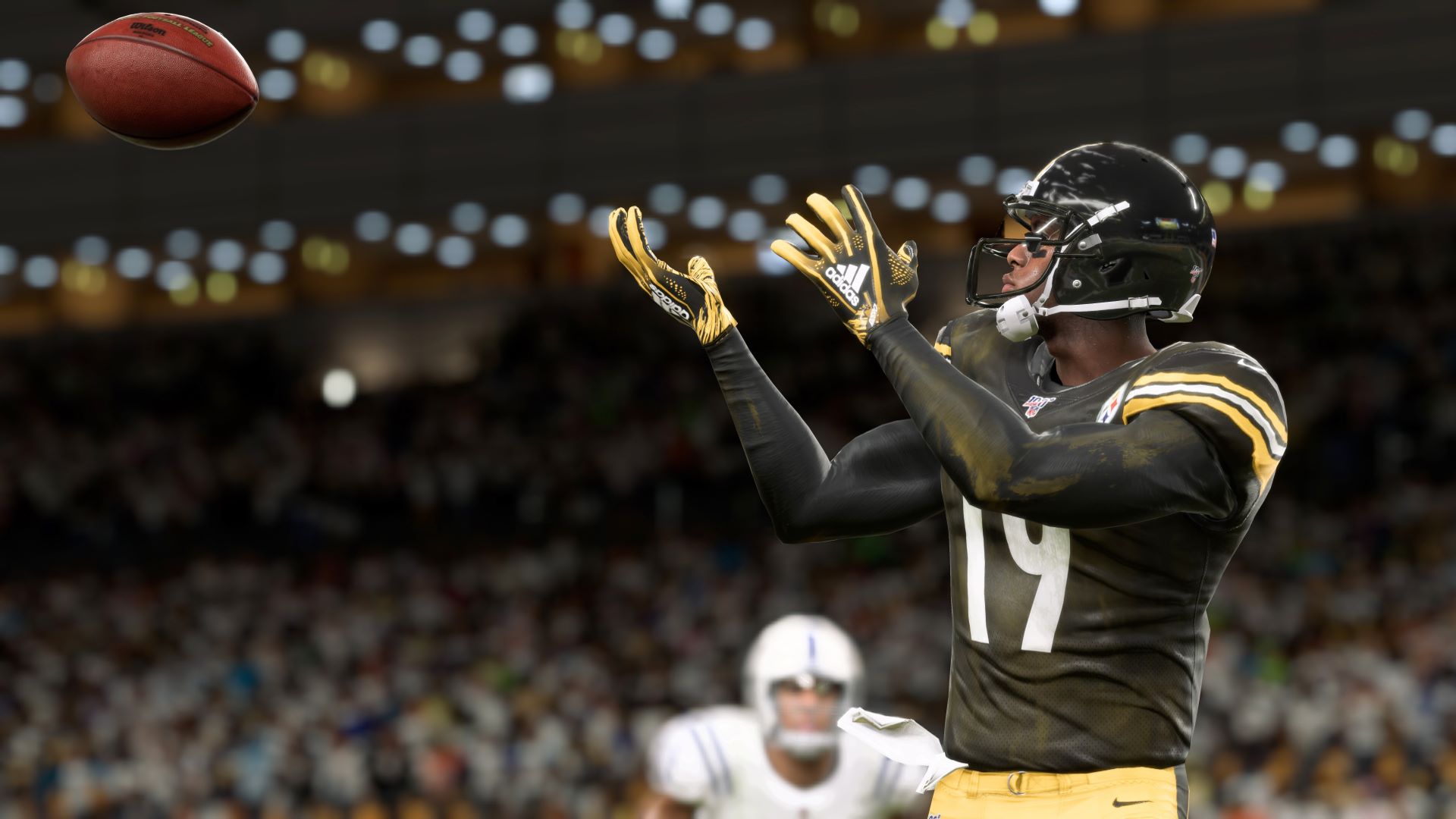 Plays play a big role in every match that you play within Madden 20, but those, are just a half of the story, because just like in any other sports game, you can control any of your team players who is currently in control of the ball. Those of you who like to go on elaborate runs in FIFA, will love this, as the player movement in MADDEN is simply sublime. Players can spin, duck, feint, bob-and-weave to avoid opposition’s players, but even with all those moves included, the open play sections of MADDEN have nothing on FIFA. This is not because of the game itself, but because of how the port is played. In MADDEN, you will not pull-off a Hocus Pocus with Tom Brady, or a Sombrero with Odell Beckham Jr., but you will have a chance to dance through the opposition with the ball in your hand, as if you were dodging oncoming traffic.

The initial impression which MADDEN 20 gives, as far as the gameplay goes, is simply superb – at least initially, because unfortunately, just like FIFA 20, MADDEN 20 displays more and more of its issues as you continue to explore more of its modes, and press on with more and more matches. One of those issues, stems from the fact that the ball physics, can leave a little to be desired, as at times balls can behave in rather erroneous ways, which can leave you pulling your hair out. Also, receiving can feel a little inconsistent at times. It is by no means as bad as receiving in FIFA, with any player with ball control below 80, but while playing MADDEN 20 for any prolonged period of time, you will find yourself with your head in your hands, as you’re watching one of your players spill yet another easy pass. Lastly, some of the in-play animations seem a little rushed, nearly as if they are running at an increased motion speed – but this is nothing new, as this has been an issue with FIFA games ever since the beginning of time.

This is probably enough about the gameplay, as it is time to talk about the modes of MADDEN 20. And yes, MADDEN 20, just like FIFA 20, features an Ultimate Team mode, which allows you to open card packs, in order to unlock new players to field within your virtual team. Yes, MUT is just as unrewarding and stingy as the infamous FUT, but at the same time, just like FUT, MUT is also the most exciting mode that MADDEN has to offer, and it is all because of those goddamn packs. However, I would also go as far as to say that MUT is better, as its flashier presentation and over the top card design, give the mode an edge, over the rather surgical FUT – also, MUT features actual cards, rather than some poxy shields. 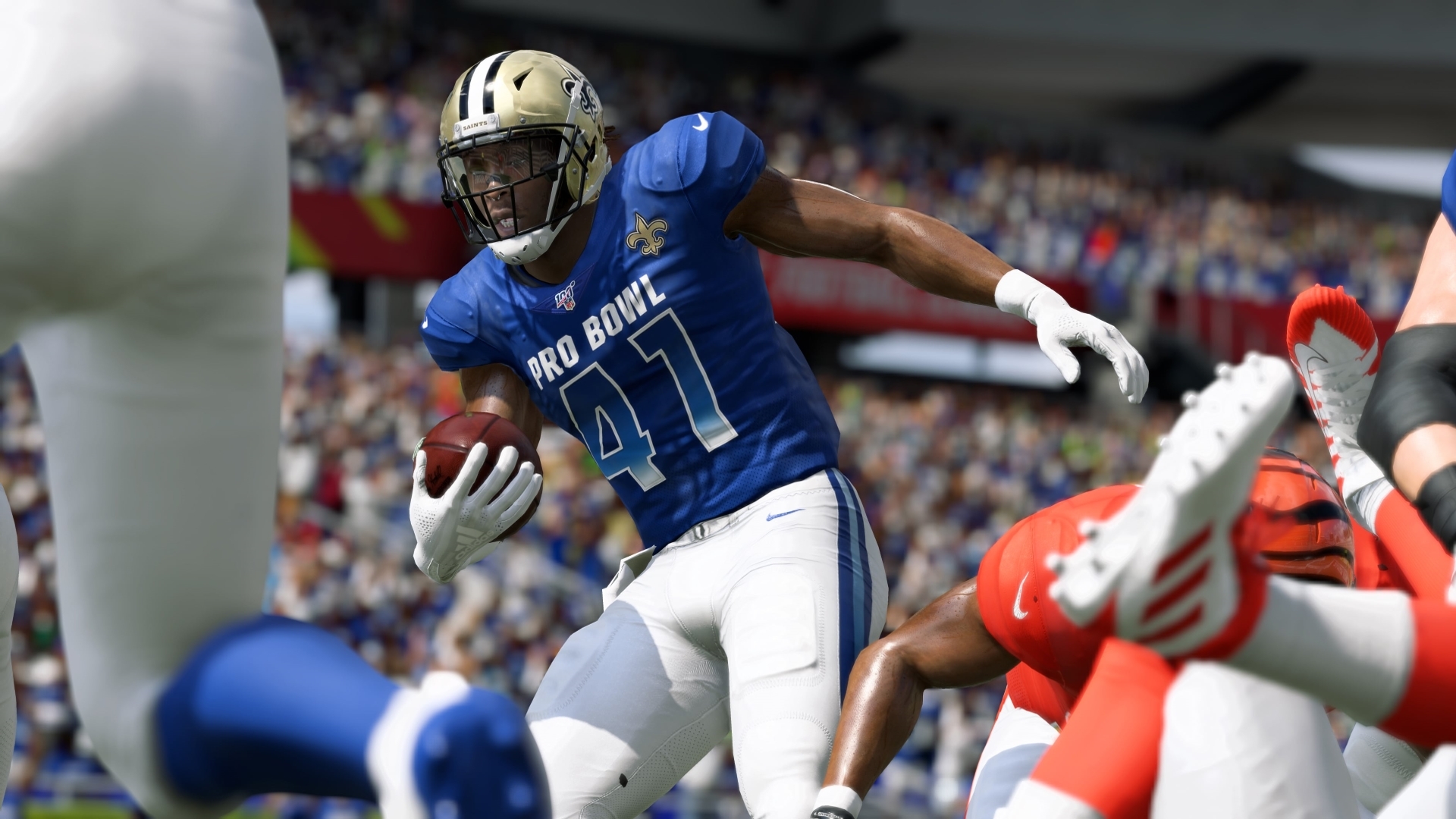 In addition to the above, the MUT packs (which I was able to easily acquire) only feature players, and do not drown you with unnecessary tat. However, if you were to look beyond the packs, you will be quick to notice that MUT is rather barebones. The modes are rather lacklustre, the incentives to play and to purchase packs are minimal, and the legends of MUT feel more like an afterthought in comparison to FUT’s icons. MUT tries to salvage some ground with X-factor players, which are basically players with additional skills in their toolset, but those are just like the abilities which have been in FIFA for nearly a decade, with Flair being just one of those.

The abovementioned X-factor bleeds into other modes, but just like all the other sports games, you will likely pick a couple, if not a single mode, and zero-in on it. Within MADDEN 20 you can choose between the Face of The Franchise narrative-based career mode, a brand-new Superstar KO mode which features 1v1, 2v2, or 3v3 matches – akin to the NHL arcade, and last but certainly not least the Franchise mode, which allows you to control an entire team, or rather a ‘FRANCHISE’. Lastly, you can also partake in a range of your typical modes such as MADDEN’s version of ‘kick-off’, a range of online modes, and the good ol’ practice. So, if you are willing to drop your hard earned £40 on MADDEN 20, you will surely find something to indulge yourself in.

To conclude, all that really has to be said about MADDEN, is that it is just a decent game. It does some things better than the other EA sports offerings, whereas it underwhelms on other fronts in comparison to games such as FIFA. But the biggest issue with it stems from the fact that it is simply not for everybody, as far as the European market goes. It’s a great game with an immensely low entry point – thanks to difficulty selection – but its overly American nature and presentation, make it feel like an outer world object. However, if you are willing to look past the American hubris and arrogance, then you will surely not regret it, because at the end of the day, MADDEN NFL 20 is just a good game.

MADDEN NFL 20 is a decent game, and I’m in no doubt that those who are willing to give it a chance, will be content with their purchase.