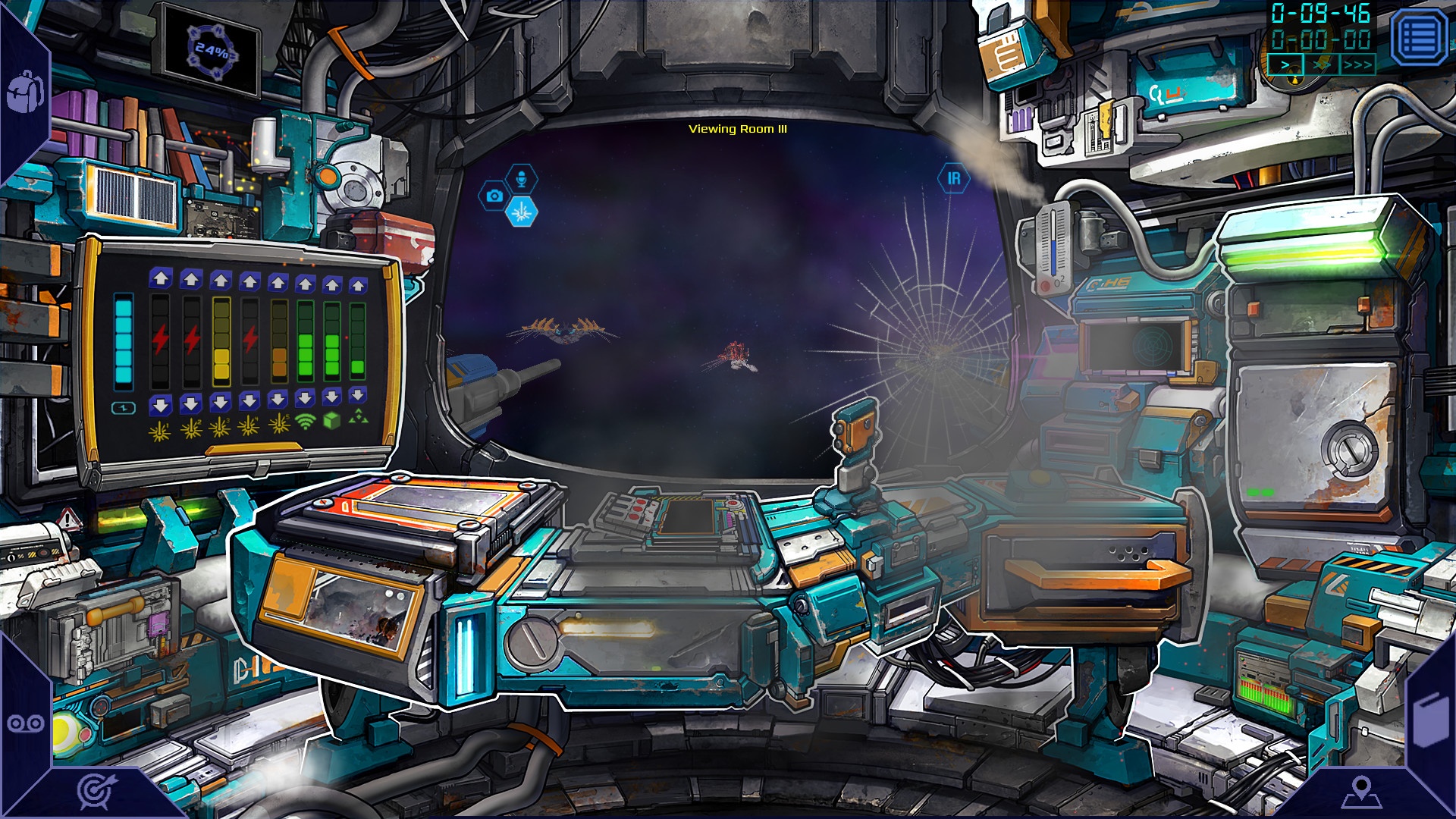 Deep Sixed is a challenging sci-fi space simulation game that seems to take inspiration from the roguelite genre. The game puts you on the role of an “Involuntary Employee” on the service of Astra Interstellar, after this company purchased your debt to society and puts you to work for them as a Nebula Cartographer. You’re confined to a cell on your home base but you’ll spend most of your time aboard a Series Six Deep Surveying Vessel, a ship which seems to have almost nothing going for it as it’s constantly falling apart and in need of repairs. Far away from home and whoever you may have once known, your only companion on this new job is the ship’s AI URSA, which not only provides you company and guides you through some tasks, but it also provides a somewhat dark sense of humor that just barely manages to brighten your mood.

The game offers three different ways to play right from the get-go, an endless challenge mode where you’re just trying to survive for as long as possible, an overall easy mode that has no Steam achievements enabled nor permadeath, and the normal game mode, which is the one that the developers have defined as the “definitive Deep Sixed experience”. As for the game itself, it is played from a first-person point of view, and given the way you interact with things in the game, the closest thing to this that you could possibly find would be a point & click adventure game.

The game starts off rather nicely, as you’re introduced to the game through a very passive tutorial in the form of just a standard mission, and you’re guided by URSA throughout the way. However, as soon as you’re done with this first mission, you’re pretty much thrown into the wolves. In a way, I wonder if this is done on purpose in order to mimic the actual setting of the game, where the protagonist finds herself alone in the confines of space, with pretty much no one to help. With that in mind, while this approach might fit the game thematically, the truth is that from a gameplay perspective it can be quite off-putting. 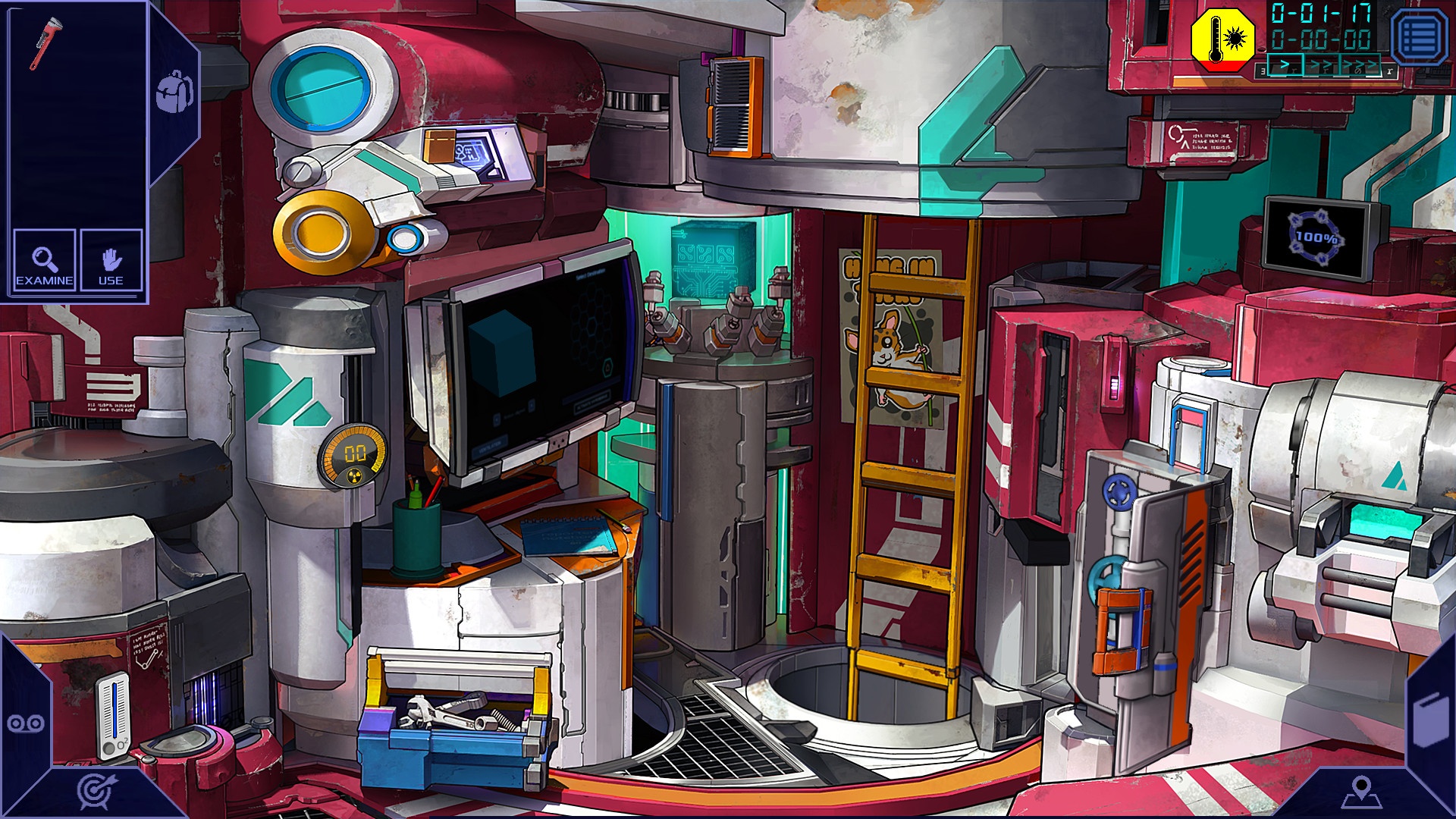 As soon as you’re out of the initiation phase, you find yourself having to complete missions with barely any guidance in regards as to how you should approach them. Soon enough, you find that the majority of the game consists in a series of tasks that need to be performed in order to maintain the ship, from keeping it fueled, to keeping an eye out for any malfunctions and dealing with those, to micromanaging the available energy on your batteries in order to effectively complete your missions. Learning how to solve the numerous problems that might occur aboard the ship is something that the player will learn over time, and personally, it took a bit of trial and error before I started to figure out how most of the game really worked. Still, there’s a ship manual that you can consult in-game, which offers pretty much a solution or a hint to how to fix pretty much everything that could go wrong.

There are a total of nine different rooms that you can go to, one being your resting place at your home base, and five being different viewing rooms that allow you to look in a specific direction all around your ship. The other three are unique and correspond to specific ship’s systems, there’s the hyperdrive room, the scanner room, and the reactor room. Besides your own private cell, every single one of these rooms felt pretty overwhelming at first, when I first faced myself with some problem on the ship and had to do something. There are tons of drawers, switches, consoles, and all sorts of widgets that you can interact with, and that will most likely put some people off right from the very start.

Each of the viewing rooms looks like a cockpit of the ship, and these are mostly used to photograph, record, or destroy targets. Here you can also allocate power to different ship systems, like the scanner, the hyperdrive, the targeting system, and each of the individual laser systems, so things can get quite tricky if you’re getting attacked from multiple sides and you have to constantly manage how the power is distributed throughout the entire ship. It’s also worth noting that using the joystick in the viewing rooms, which is used for aiming at targets, feels really unintuitive, but then again, the whole game feels like that at first. Still, at least that can be somewhat alleviated by increasing the power allocated to the ship’s targeting system, which makes aiming a lot smoother. 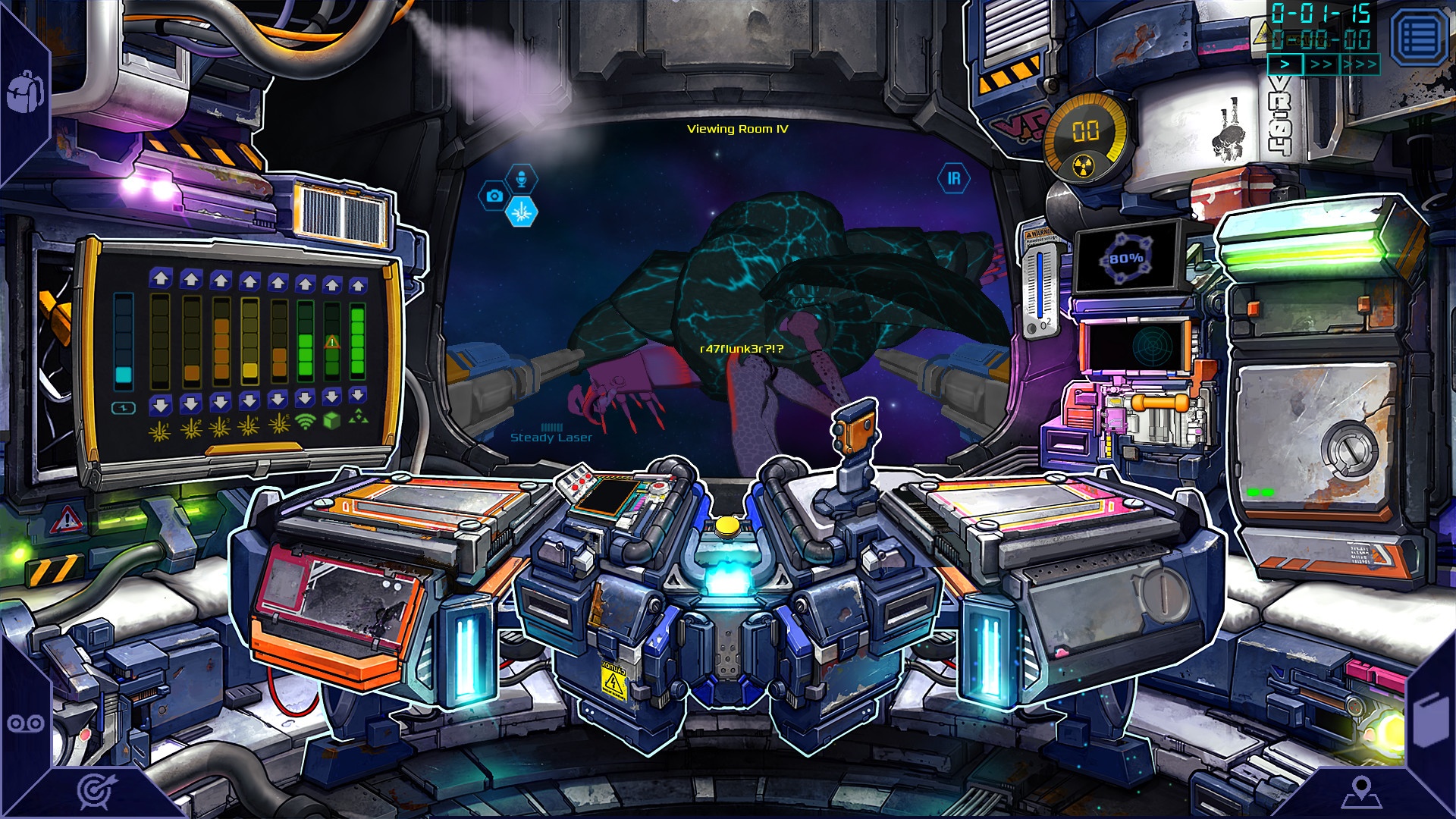 The whole task of maintaining your broken ship is only made even more challenging due to the fact that fixing hardware and mechanical problems, as well as refueling your reactor, requires acquiring new parts. In order to do so, you first need reward points, which can be gained by completing missions, but you might find yourself really struggling early on because your ship is pretty beat up, and there is no way that you can restore it back to its full glory because you don’t have what it takes to complete the mission. Most often than not, I didn’t even realize in how much of a bad shape my ship was until it was too late, as things such as hull integrity indicators, and life support are not easily visible. The biggest weak point that this game has for me is definitely its combat. The player is often tasked with killing a certain amount of enemies in a mission, but even if that’s not your objective, you’re bound to come across some weird space creatures that will run at you, and I found it very hard to keep track of everything at the same time.

I’m also not really a fan of the visuals, but the game has quite some good music in it which I found rather pleasing to listen to. This game is definitely a tough one to sell, simply because, while the premise sounds quite appealing, I find the execution to not really be that player friendly. There is a pretty steep difficulty curve here, and some people might enjoy it for it is while others will immediately seek something else to play. Personally, I find Deep Sixed to be quite a unique game unlike anything that I’ve ever played before, and for that alone, I think it deserves a chance, even despite all its problems and nuisances.