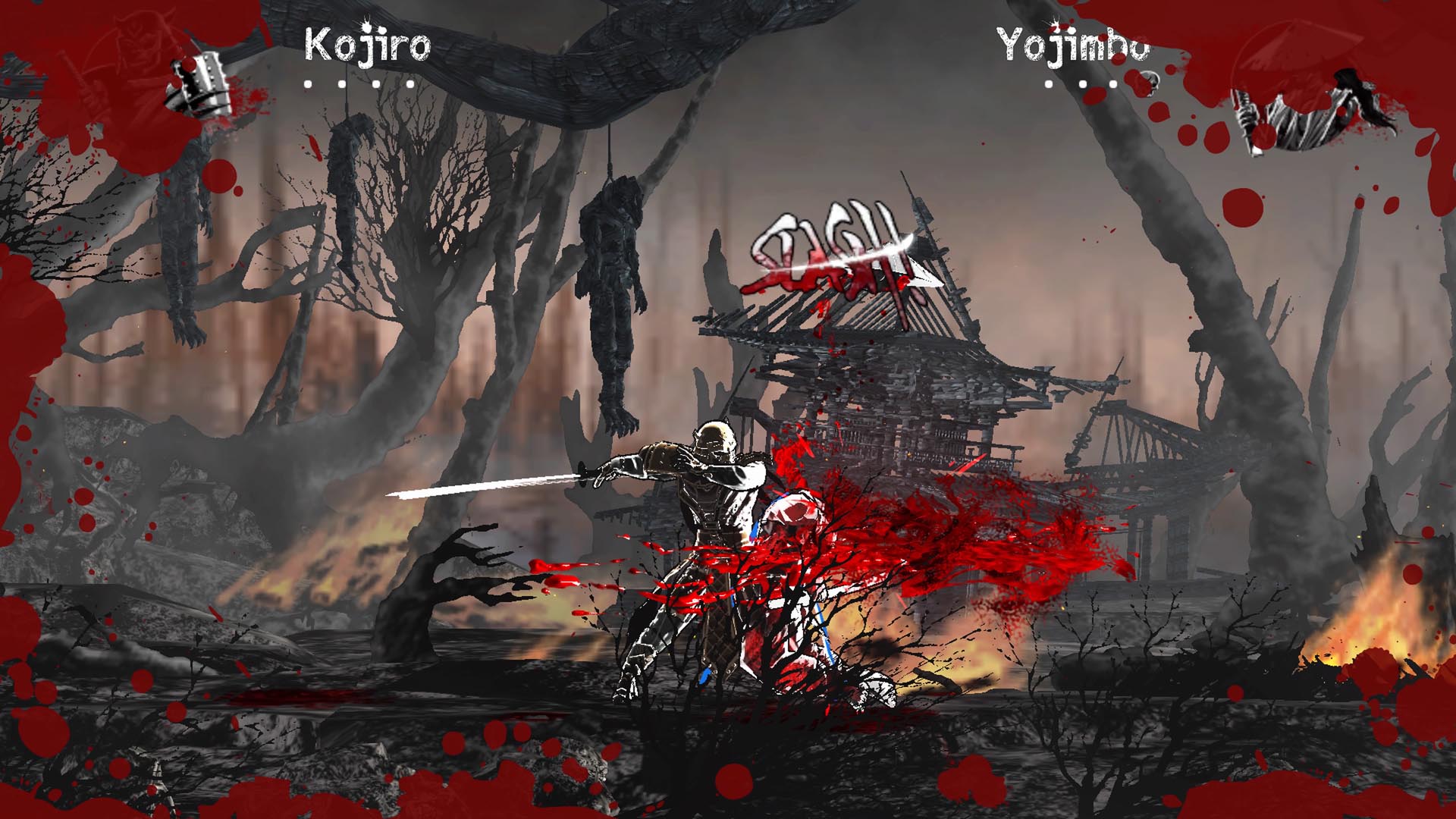 In all my years playing Beat-em-ups, very few have deviated far from the norm. A handful of ‘unique’ characters battle it out until someone’s health bar is depleted, using a variety of special moves and combos. I’ve been content with that. Then I played Slice, dice and rice and it threw everything I thought I wanted out of the window. And stabbed it. Gone are the flashy combos. Special moves are a thing of the past. Health bars are for wimps. One wrong step in Slice, dice and rice and you’ll be picking your intestines up off the floor.

The eight playable characters have access to one vertical, horizontal and heavy attack. They can block, move and dash. Most of them are armed with something sharp and pointy. One hit often means death. Battles can be over in seconds or after grueling bouts of slashes, parries and feints. Slice, dice and rice delivers a fast-paced, visceral experience unlike anything I’ve played for quite some time. It’s not without its flaws, but for a while, it’s a hell of a ride. 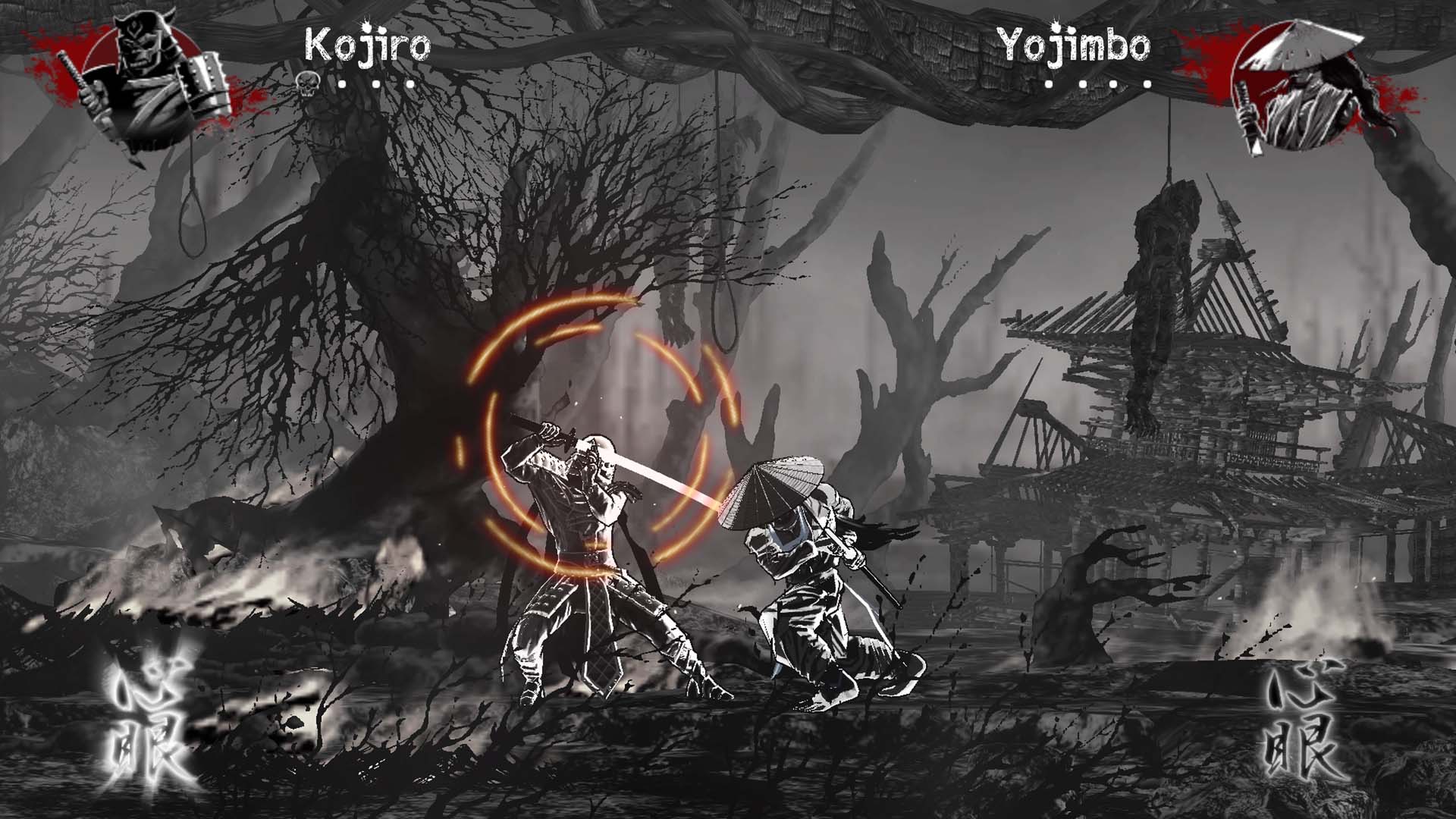 While playing on the couch with friends is a blast, story mode feels a little bit underwhelming. First time around, you’ll be stuck playing through as Kojiro the Katana-wielding samurai, as he battles through hell in search of the mystical rice of power. Get through that and you unlock Tengu, the Fan-thrusting bird person as HE slogs through in search of the fabled food. So on and so forth until you unlock everyone and complete the game. It’s fine if you want to put all of the different characters through their paces and try them out, but once it’s over there is very little incentive to do it again. Instead of the usual arcade mode setup, the character you pick determines the enemies you face and the order in which you battle them. Slightly disappointing, but not the end of the world.

Local multiplayer also works flawlessly. Online? Not so much. If you manage to find an opponent (no easy feat) you’d better hope you both have NASA grade internet connections because if not, you’re in for a world of lag. What used to be a tense battle of blades turns into a stuttering quagmire of frustration. Victory feels incredibly hollow when you know your opponent had no choice but to die because his character slashed too late or wouldn’t block when told. I’m sure these issues can be addressed, but for now they ruin the fun for everyone.

It’s not all bad news though. Although all of the characters have access to the same set of attacks, they all look and perform wildly different to one another. Two of them are armed with katanas, the rest have access to things like spears, broadswords and scythes. One maniac even eschews weapons and uses his bare fists. They all attack at different speeds and chain their attacks together with varying levels of efficiency. Even with only three attacks, each character brings their own fighting style and requires different tactics in order to achieve victory. If you stick to playing with friends or battling one-vs-one with the computer you’ll be fine. 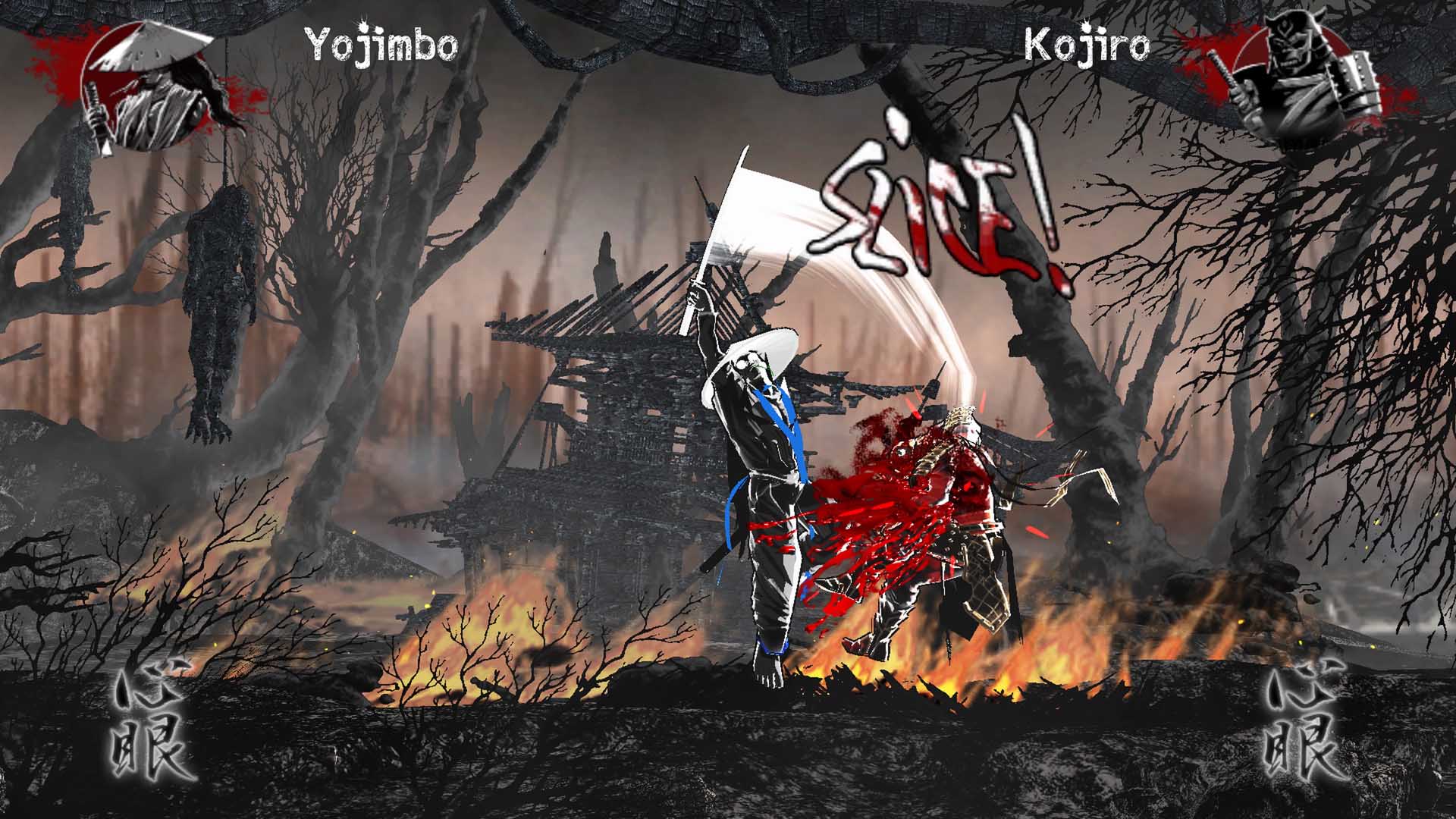 Visually, it looks fantastic. The cell-shaded characters are mainly black-and-white, but include little touches of colour akin to the characters in Frank Miller’s Sin City. Bright red blood spews from kill wounds and splashes the floor in pools of gore. The sprites are nicely animated at all times; attacks and sword clashes feel solid. decapitation results in heads rolling and bodies twitching on the deck. It’s all very nicely done and can’t really be flawed. The arenas, although limited (four or five max) also look incredibly detailed. Background and foreground features really ‘pop’ and add a nice layer of depth to the 2D fighting plane. Hanging bodies, parapets, flames; all give the impression that you’re fighting in whatever Hell the fighters of feudal japan found themselves in. The sound design was basic, but did the job. Atmospheric music from authentic sounding instruments give a nice Kung-Fu movie feel, and weapons clash together with a satisfying enough clang.

All in all Slice dice, and rice needs a little work, but is ultimately sweet enough to bust out when friends are over. Some of the characters feel a little bit unbalanced, but nothing stands out as game-breaking. Sure, story mode is short-lived and online play may as well not exist in its current form, but when it works right, it’s an absolute blast. Imagine Bushido blade on crack, and you’re pretty much there. If the developers can sort out the online issues and maybe patch in a decent arcade mode, it’s a must have for fighting fans.