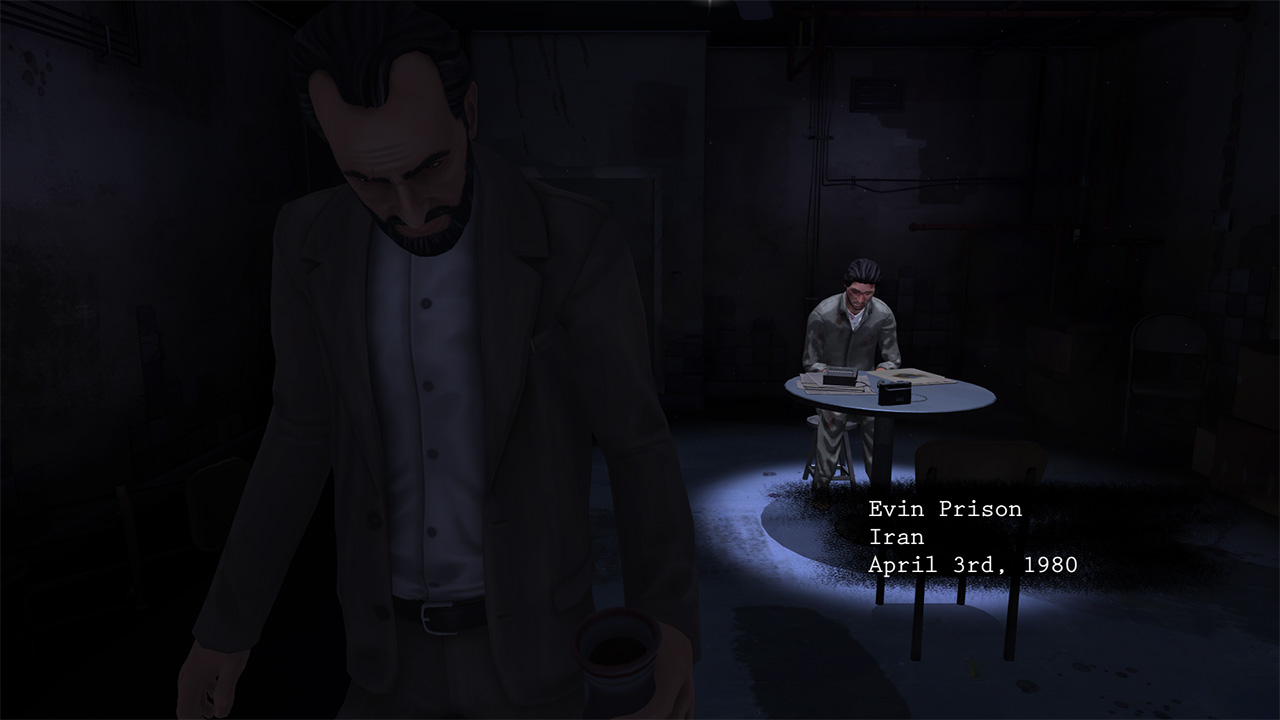 Here at Bonus Stage we’ve often argued that, as a medium,  games present the perfect platform for educating players while also entertaining them.  There can be no better evidence of this than 1979 Revolution: Black Friday.

Set during the tumultuous events of the Iranian revolution, 1979 Revolution: Black Friday is a courageous attempt to tell a complicated and fascinating story within a couple of hours of gameplay.  And all this is achieved without watering down the facts to the point where fact and fiction glare at each other from opposite sides of the fence.

The brainchild of iNK Stories (those of Fire Escape fame) 1979 Revolution: Black Friday is an interactive drama which uses a blend of TellTale Games style quicktime events and multiple choice decision-making and TV documentary presentation.  You are cast in the role of Reza, an idealistic and somewhat naïve young photographer, who, during the course of the game, is drawn deeper and deeper into the unpredictable and hazardous politics of various revolutionaries,  religious extremists, pacifists and communists.

Fuelled by mounting social discontent in the 1970’s,  the Iranian Revolution,  also known as the Islamic Revolution,  eventually led to the toppling of the Shah, Mohammad Reza Shah Pahlavi, and the birth of an Islamic Republic.

However during those dark and dangerous years preceding the revolution,  many thousands of civilians were imprisoned, tortured and killed by the Government and its agents. 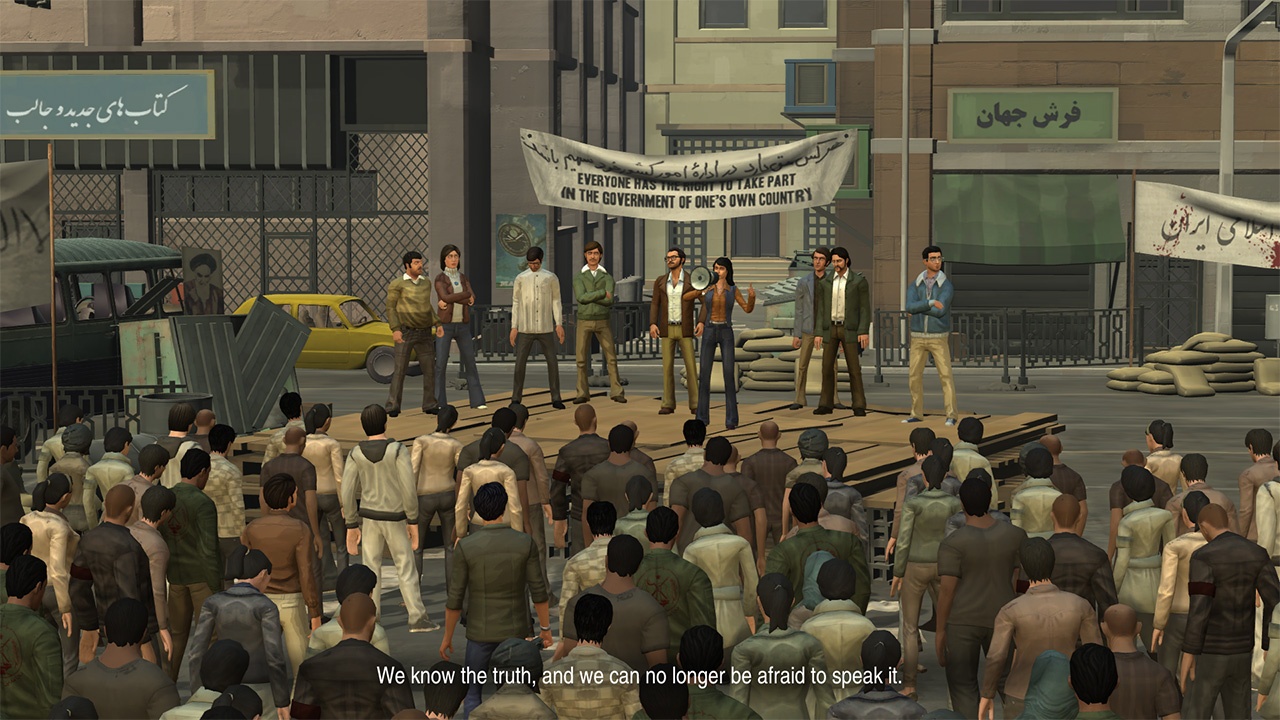 It is to iNK Stories credit that the developers do little to shy away from the horror of this time. But also 1979 Revolution: Black Friday does not glamorize the senseless, barbaric violence.  Instead the game tells the story in an even-handed manner as possible.  Anyone looking for clear-cut heroes and villains in this game will be disappointed.  Rather,  1979 Revolution: Black Friday reminds us all that, when face to face with life or death, even good people can do terrible things.

1979 Revolution: Black Friday is, however, first and foremost a game.  And its gripping, yet brief story,  is told with an eye to keeping the gamer entertained. Many of the decisions you’ll make in the game, such as deciding whether or not to throw a rock at a policeman who is arresting your friend,  will determine a lot of what will happen to your character.  Some decisions (and here we have to admit we particularly enjoyed the part where you have to decide whether to fight a communist protestor or adopt the pacifist route and talk him down) will determine your character and how other in-game characters relate to you.

Graphically, 1979 Revolution: Black Friday won’t be winning any awards over the likes of Halo,  Tomb Raider or Call of Duty.  The city of Tehran is faithfully recreated down to every street corner,  shop and office building. But the game suffers from limited character models,  less than stellar details on faces and the occasional clipping.  These minor gripes however do little to detract from what is a unique and riveting gaming experience. 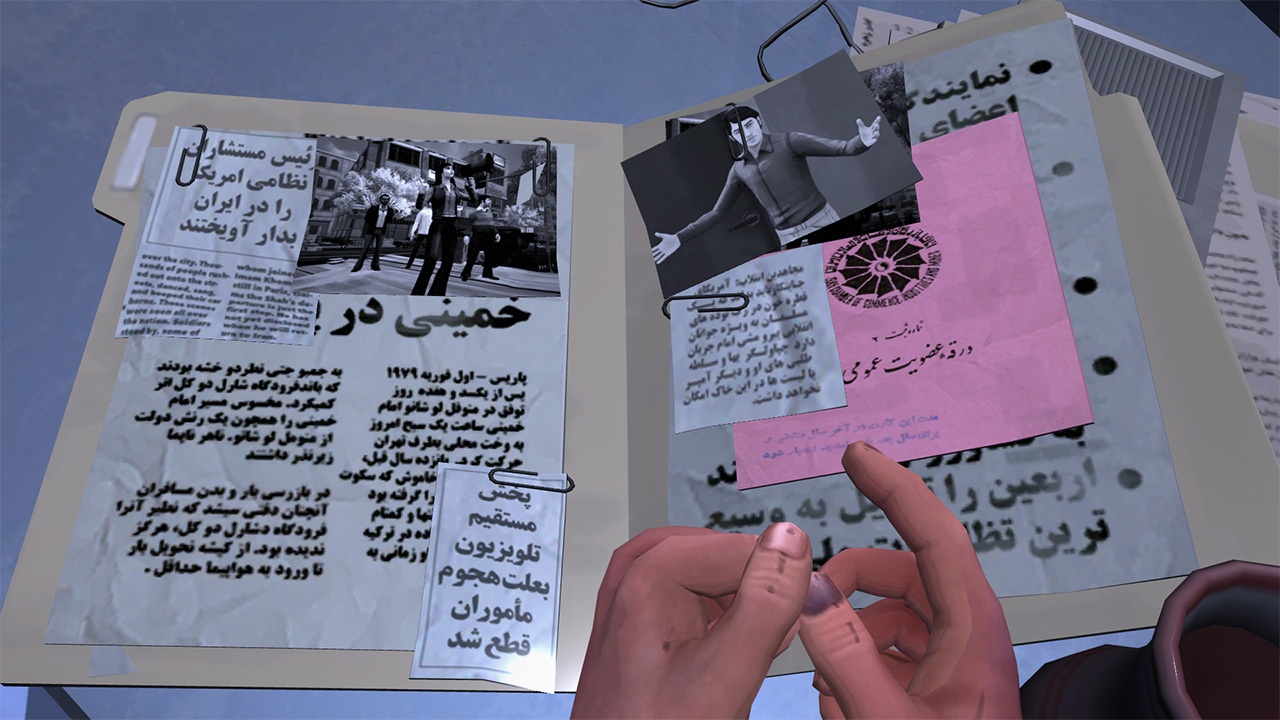 The voice acting however is first class.  Each character is portrayed with a depth of feeling that is, in itself, a rarity in games.  Every minute spent playing 1979 Revolution: Black Friday drew us in deeper and deeper into a world populated by complicated,  often duplicitous and, in many cases, tragic characters whose lives were irrevocably changed by the events of the 1979 revolution.

As we noted earlier 1979 is first and foremost a game.  With this thought in mind,  iNK Stories wisely decided not to force feed players with tonnes of irrelevant information.  Instead,  key events and characters are explained in notebook style pages that provide information taken from the real revolution. If you take the time to read these notes,  you’ll learn more than you probably would have from a seminar or lecture.  Excellent.