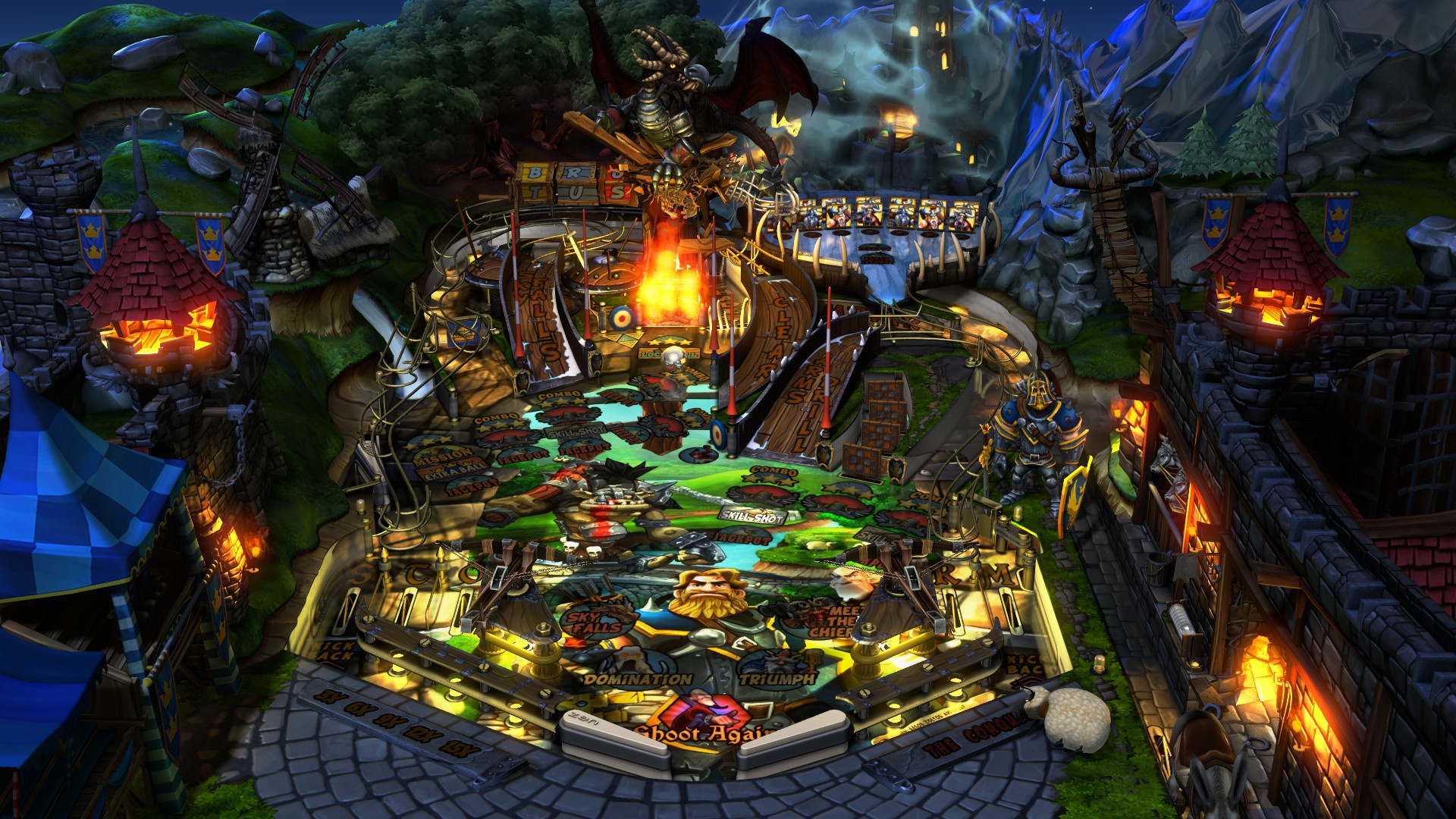 It’s been a long and fun expose looking at the different tables offered by Zen for their Pinball FX3 on the Switch, but we’re almost to the end of the (currently) available tables. We’ve seen everything from classic tables and clever designs to some wonderful licensed designs featuring dinosaurs, aliens and fighting chickens. Still, far from hitting the bottom of the stack, the last couple of DLCs from Zen are a bit short but incredibly sweet, and actually great content for their price, which is a bit lower than the 3-4 table range. So, without further ado, let’s take a look at the combo of Iron and Steel.

Iron and Steel comes from the two tables available here, Wild West and Castle Storm. There’s no real reason why these two come together in a single pack, but it does serve a couple purposes. For one, there’s plenty to do on both, even though they’re very different in their layouts and approaches. For another, neither seems to fit in with any of the other packs that are available, but both have merit to stand alone (though only something as ballsy as Portal or Walking Dead can really be by itself in a pack). You’ll see some people favor one over another, and, by the end of the review, you might be able to pick out your favorite even without having played it. 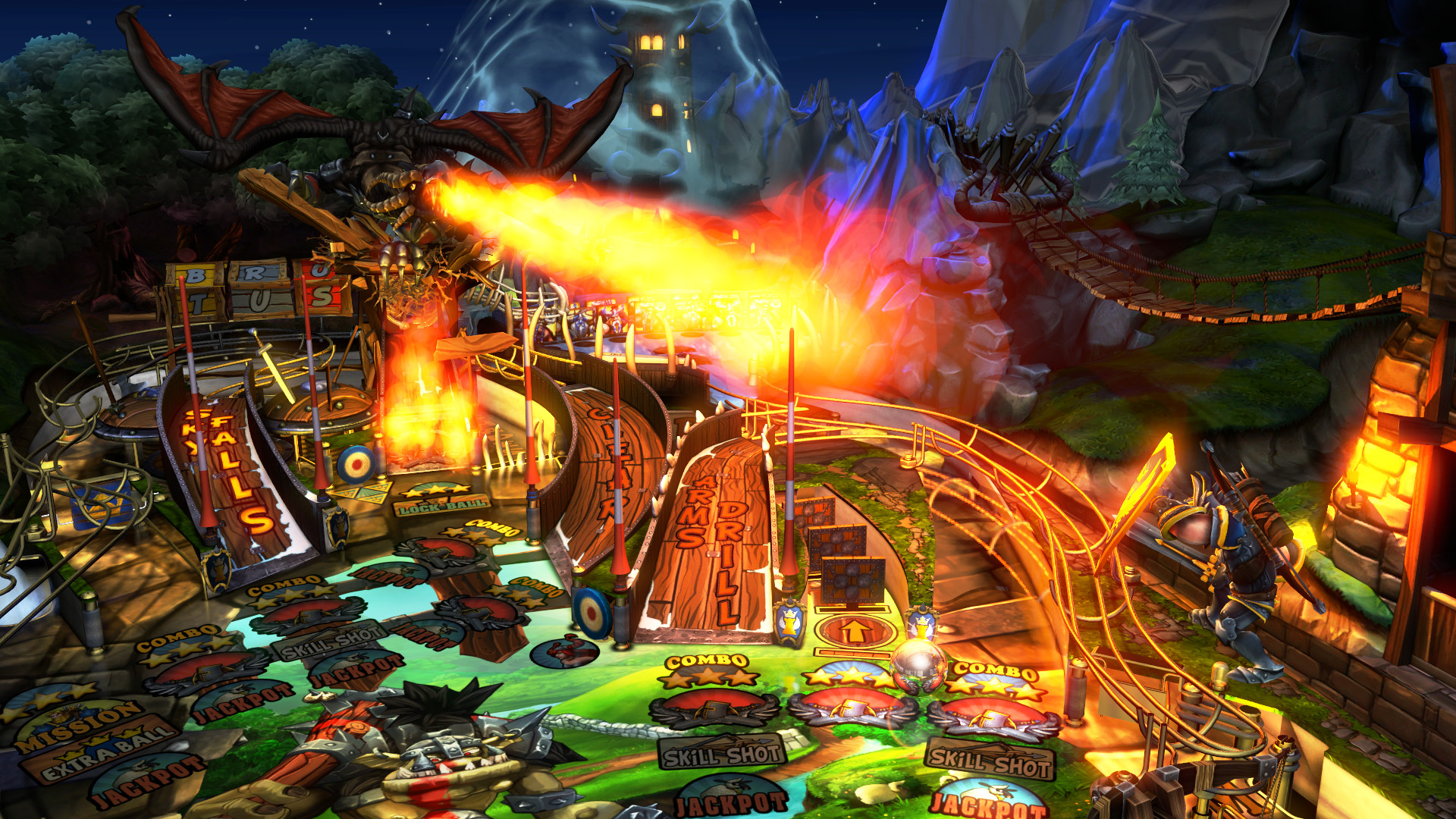 Old West is clearly a table set in and inspired by the Gold Rush, cowboy lifestyle of 19th century USA. Taking on the role of a cowgirl hero, your job is to navigate the board by hunting down wanted criminals, dueling with fellers who cross you and even mining your own fortune in a series of minigames. Old West is a medium to large sized board with four flippers, several ramps and a ton of replay value baked into its presentation. I started in on this pack soon after finishing up the Classic DLC, which, arguably, has more tables but also more of a “traditional” value to each of the setups. Old West, on the other hand, strikes a fantastic balance between mission unlocking and keeping the table running smoothly.

One issue that I’ve always taken umbrage with for Zen is how soon or late the missions seem to come into focus. Sometimes, you’re thrust into your first mission shortly after launching the ball, and you don’t have any choice but to try and hit three timed ramps in ten seconds despite having just figured out the weight of the ball. On the other hand, you’ll also get tables where you need to hit a small target in the back right of the table eight times before you can unlock the first mission, and by that point I don’t even care anymore, I just want to sink the ball so I can pretend my finger slipped. Old West, by comparison, makes it very clear and easy to see how to start the missions, and that you have multiple entry points for each. Smash the bumpers 20 times, spin the revolving door ten, go up the right ramp six times to spell WANTED and then get to work. The table isn’t sprawling, but there’s enough room that you don’t feel cramped and rushed in trying to get to specific areas. Once the missions begin, you’ll feel in control, like you actually understand what you’re trying to do and how to get there. It’s not a bad thing that other tables are sometimes chaotic or confusing, but having a change of pace is sorely needed.

Additionally, the table is just plain fun. Seeing my ball get thrown out a saloon window like I was in a brawl is good fun, and the secondary flippers line you up to scratch some hard-to-reach itches without needing to overextend. When my third drop happened and it was game over, I jumped right back into it. I loved the narrator and her energy, and the entire atmosphere is just positive and exciting. Old West is worth the price of admission alone, and we’re not even done yet with what’s still to come. 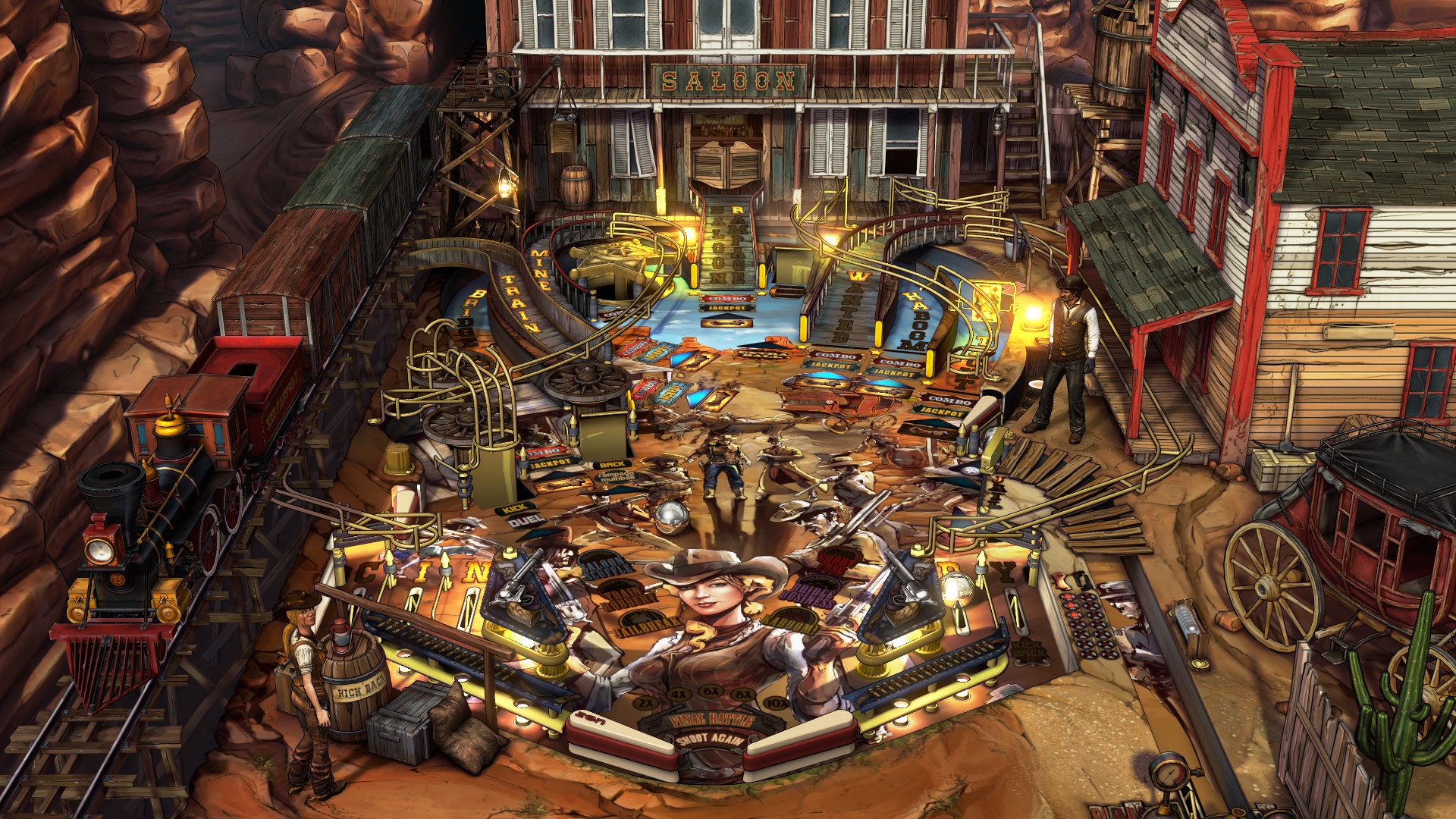 Castle Storm, by contrast, is a very crowded table, set in the fictitious idea of Medieval England and puts you in the seat of a king or knight or whatever. Your ball has to jet around a very dark, very shadowy table that’s meant to represent sieging a castle, and I’m still not sure if it was my castle or someone else’s castle. I assumed I was the invading force, but then I triggered a mission to take down invaders trying to attack my flippers and suddenly I was the king. I still don’t fully understand, but I also quickly understood that I didn’t really want to understand, and that it was okay not to get everything about this.

Have you played one of those ridiculous mobile games where you’re attacking castles all over the world and defending your own at the same time? Most people have, and I don’t think any of you have stopped to figure out the how and why you’re doing it. That’s the mentality to have in Castle Storm. Not only is it a pinball game, but it’s also a chaotic table that’s the antithesis of Old West. You’ll fly up ramps and suddenly be part of a smaller table that requires you to knock down a bunch of respawning targets so that you can try and hit the castle behind them. Dragons will fly by and light shit on fire. You’ll activate multiball when you didn’t even know that could happen and now you’re shooting up blue ramps without any real idea why or why you have so many ball savers handy. This table isn’t a mess, not even close, because it seems to know exactly what it’s doing and doesn’t care if you do. The whole time this knight/king dude is screaming at you about what’s happening and how you’ve got to do something, and the launcher is a donkey and I kept catching my ball on fire and then the game over screen came and a demon was laughing. Why a demon? What the hell does the demon have to do with anything? I loaded up again, thinking that I’d missed the explanation, but nope, just havoc.

But. It’s still fun. Castle Storm may not have the cohesion that Old West does, and it may not be my favorite table, but it’s far from the worst and even has a lot of great moments. I loved when I kept happening on Storm warnings because the whole thing moved in quickly, like a storm was coming, and it was a great chance to get tons of points. Something people who don’t play pinball often may not understand is that the repetition and the endless nature is inherently appealing about pinball, so there’s no shame in not having a clear end goal.

All in all, Iron and Steel is a fantastic two pack that’s cheaper than the others and also has two quality tables. Some might favor Old West over Castle Storm, but this in no way invalidates how awesome Castle Storm is. Old West just trumps it in almost every category that matters. In any case, these are fantastic additions to FX3, and shouldn’t be missed by anyone who wants a grand pinball experience.