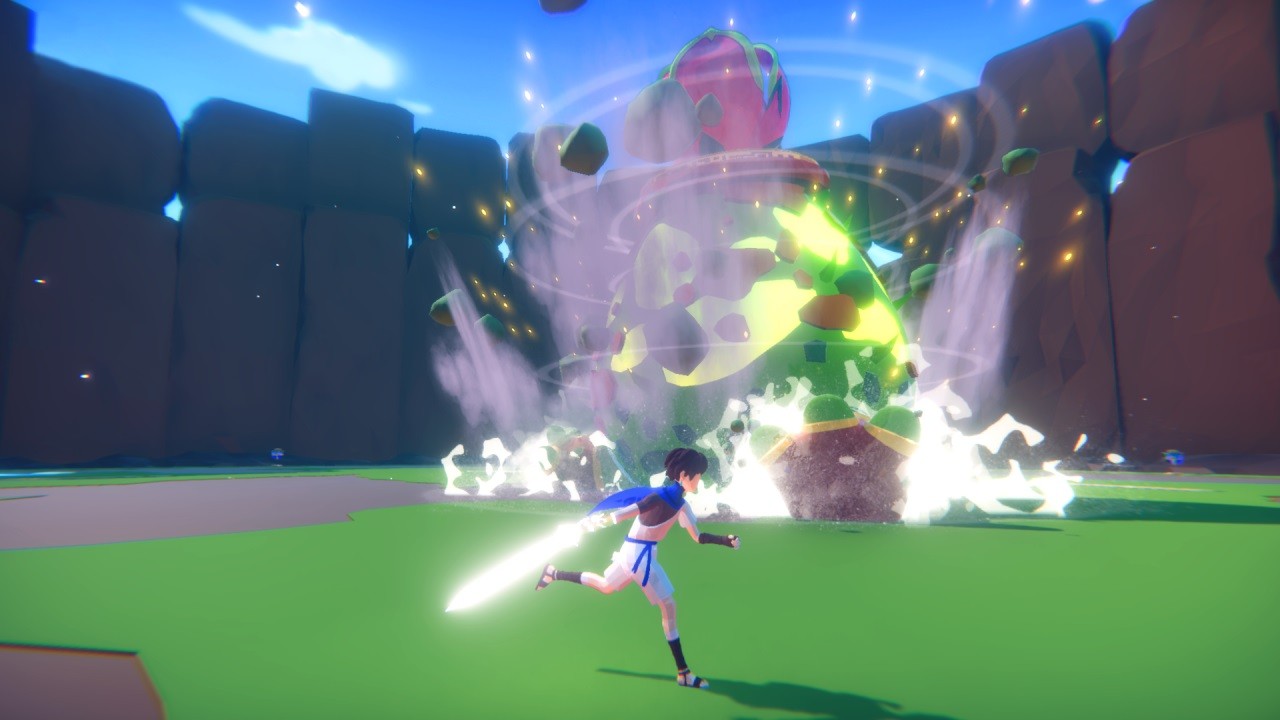 There seems to be a current trend at the moment, particularly within the movement of indie games, that focuses on the emotive qualities of story-telling, rather than the epic journey or thrill of the set-piece. They make a refreshing change from the games we may be playing at the moment, with a nicely balanced pacing, soothing soundtrack and genteel look at love, life and relationships; playing almost like a bed-time story and perfect for those cold, chilled winter nights that are quickly beginning to draw in. While they may not appeal to everyone, I always find that there’s usually a time when you want to slow the pace down or quieten the tone of mainstream entertainment titles and there’s no better game to do that with, at the moment, than that of Incredible Mandy as it searches for a release onto the Nintendo Switch.

Developed by Dotoyou Games and published through Circle Entertainment, this charming adventure follows the exploits of Mandy, a young girl who explores the memories of a brother and sister who have become lost within their very own dreams. She does this by searching for lost memories, many of which reveal hidden secrets and fights a constant battle to combat her own fears. Together with her brother, the two of them harness the power of the Excalibur of Light, a magical sword that can manipulate the environment and change its structure to take the form of a variety of weapons. Through deep canyons and over mountain peaks to the peaceful calm of the sea-shore, you need to solve a series of interesting puzzles, fight fearful enemies and overcome boss battles, all whilst searching for a series of chests that holds the key to a series of dreams and their secrets.

It all sounds a bit surreal, and in a lot of ways it is; something that is encapsulated within the overall presentation of the game. It holds a very similar value to game Rime; both in terms of graphical presentation and musical scores. However, there’s more of a focus on challenge rather than the journey, with some perplexing, yet ultimately interesting and rewarding puzzles; all of which require certain abilities to overcome. Much like Link in Breath of the Wild, these learnt abilities from each puzzle also acts as a tutorial for what is needed when you encounter the boss fights; often needing whatever abilities you have learnt to overcome their challenge, target their weak spots and ultimately, defeat them. 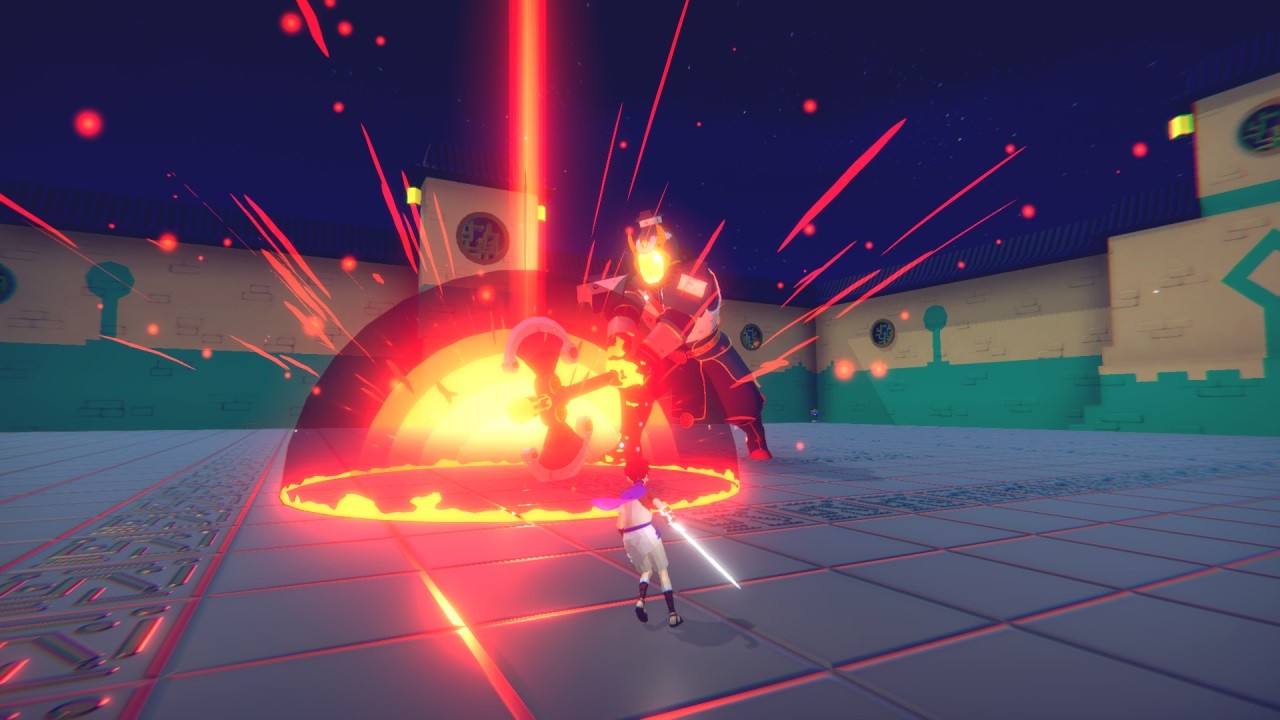 Each of the levels present themselves over a series of floating islands that hold many pathways, secrets and challenges. For the most part, the puzzles on offer here provide a good challenge on how to overcome their logic; often requiring the power of your sword to unlock certain pathways, doorways or interact within the environment to change the state of certain objects. Progression rewards you with chests that holds the memories of the past, as well as a series of beautifully animated cut-scenes to help push the story along. The story itself is told through a variety of means, with some anime-style animations between and throughout the levels and a series of comic-book strips that focus on the individual memories of each sibling.

To help you overcome the game’s many challenges, you can call upon the power of your sword: The Excalibur of Light. With this weapon you can obviously vanquish the many foes that traverse the levels, but you can also use it to harness the power that holds the key to the puzzles and their solution. Its versatility allows you to copy its form and create a chain of links that can power a number of switches simultaneously, or you can change its form to that of a bow that fires arrows of light to hit far-off targets, enemies or boss weak-points. As well as your hybrid sword, you also enlist the help of Mr. White: a large robotic companion who follows you throughout your quest. He can travel to out-of-reach areas, activate switches and push or pull large blocks and platforms to allow you easy access to, otherwise, impassable areas.

There’s a lot of focus on team-work here, as you both work together to overcome the many obstacles that await you. It adds an interesting mechanic to the progression of the game, with each level holding a specific story behind it and a boss fight to overcome that can only be unlocked through the companionship of a girl, the power of her brother and a large robot. One nice inclusion within the game, is the option to play it how you wish. For instance, if you simply want to concentrate on the puzzles and story, then you can choose to play on an easy setting which effectively removes the need for enemy combat. However, it has to be said that this level of difficulty does result in you missing half of what the game is about though; but it makes an ideal level of play for younger audiences and its always nice to have a choice. 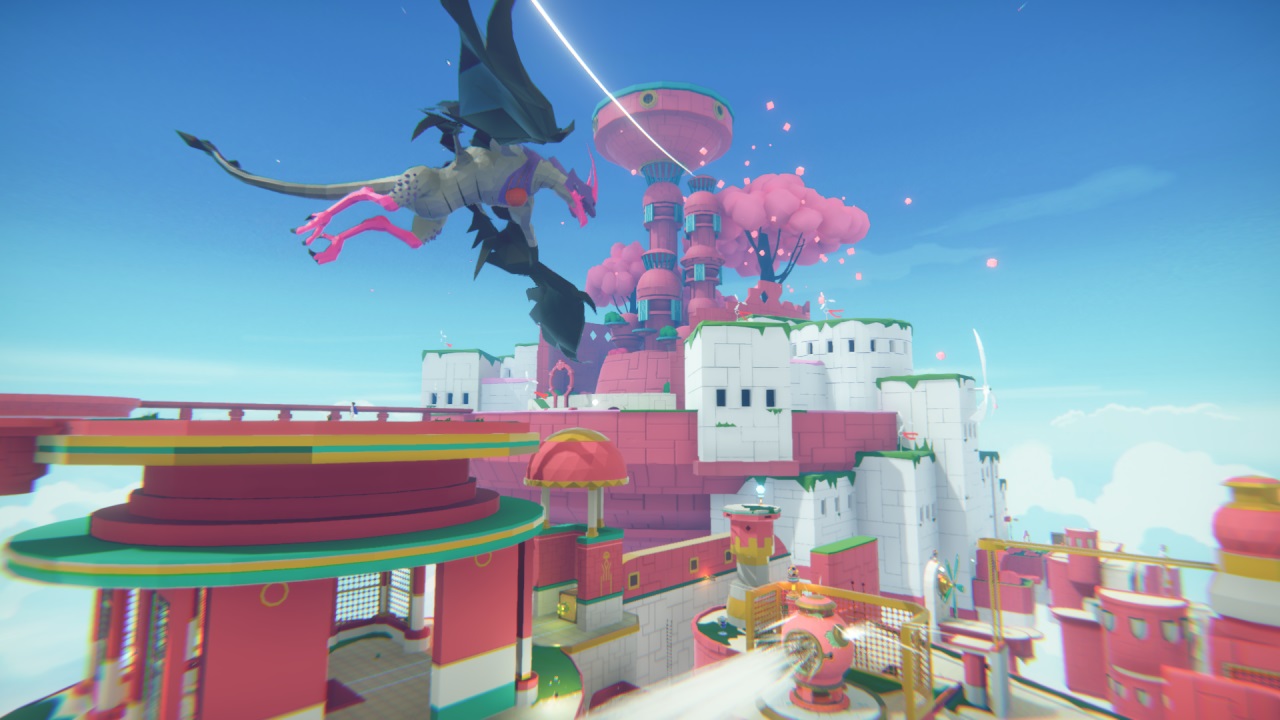 While the puzzles do present a challenge that needs to be thought out, as you progress further into the game, their solutions do get easier as you figure out the abilities of your sword or companion. However, the real stars of the show come in the form of the varied boss battles. Each of these end-level encounters contain an enemy type that revolves around the current memory that is being explored; often matching its environment. Using the abilities that have been learnt throughout the level, you must try and find the weaknesses of these bosses; something that is never highlighted with a glowing target or anything, but is something that you must figure out for yourself. Each one feels distinctly different from each other and with an orchestrated and choir-filled soundtrack to accompany it, become the game’s most exciting and enthralling sections.

It’s probably a good job that these sections are worth venturing for, as for the rest of the game’s mechanics, it’s a very slow-paced adventure that some may find off-putting. Graphically, it’s a beautiful game to look at with some truly interesting vistas and locations. When it comes to progression throughout each of the levels though, it can be a slow process and sometimes doesn’t offer the reward you might be hoping for. For the epic scale of the boss battles, the more common enemy types don’t really present much of a challenge; their forms often being dispatched with a hack-and-slash of a constant button bash. They’re a little disappointing, but do offer a distraction nonetheless; unless you choose to play on the story-orientated difficulty where these enemy encounters are removed. Some of the environments though, encourage exploration but more often than not, their branching paths lead to nowhere and offer you nothing for your hard-earned time. It creates a feeling of emptiness at times and of a barren level and I couldn’t escape the feeling that more could possibly have been dome here to add more interest.

Overall though, Incredible Mandy is an incredible game that offers a lot of enjoyment. Its puzzles are smart and challenging, the boss encounters are truly epic and the abilities of your sword and lovable characters all combine to overcome the game’s minor nuances. It looks and sounds beautiful, with some incredible musical scores that ramps the level of excitement up a notch or two; especially when taking part in the exemplary boss fights. Although its adventure can competed in a relatively short time, depending on your ability, its interesting story, constant search for dreams and overall presentation creates a game that will stay with you after completion and even warrant a return without losing any of its original charm. Its pacing sits nicely upon the versatility of the Switch, making this an ideal game for those times when you simply want to chill, get involved in the story and feel the emotive power of video gaming.

Incredible Mandy offers a brief, but incredible journey through the dreams of a young girl and her brother.