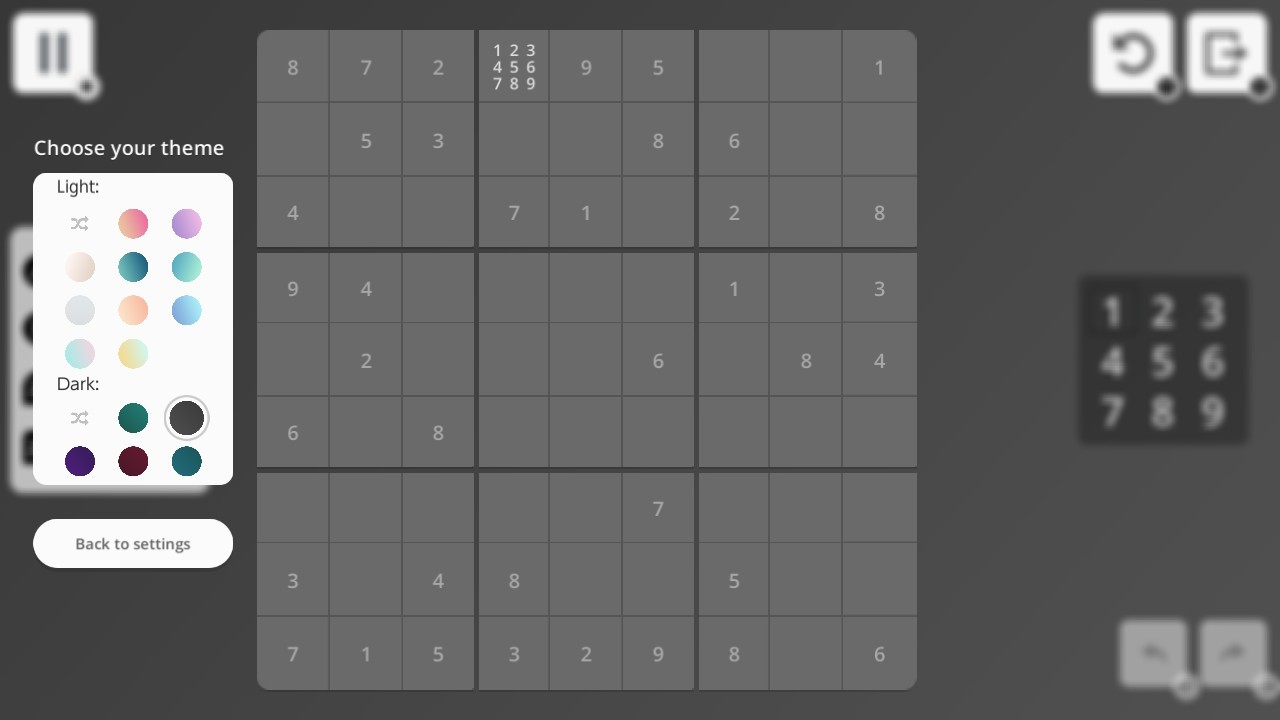 Up until quite recently the very thought playing a game of Sudoku had about as much appeal as trying to eat my own head.  A game where you try to guess which numbers go into a grid? Really? And then I got the chance to take Word Sudoku by POWGI for a spin and I was hooked. At that point I realised that the reason I thought I didn’t like Sudoku was because I just didn’t get it. But when I did get it, boy did I regret not playing it sooner. The simplicity of this 18th century game belies its inherent complexity. The word Sudoku is short for the Japanese sentence, Su-ji wa dokushin ni kagiru which, literally, means “the numbers must be single” or “the digits are limited to one occurrence”. In other words, you can only have one instance of the number in each square. Broken down, your traditional Sudoku puzzle is made up of 81 squares which are divided into nine columns, rows and regions.

To solve a puzzle you have to place the numbers from 1 to 9 into the empty squares in such a way that in every 3×3 region, each number appears only once.  As I said earlier, its simplicity and complexity go hand in hand. And that is the fundamental appeal of Sudoku: Balance. 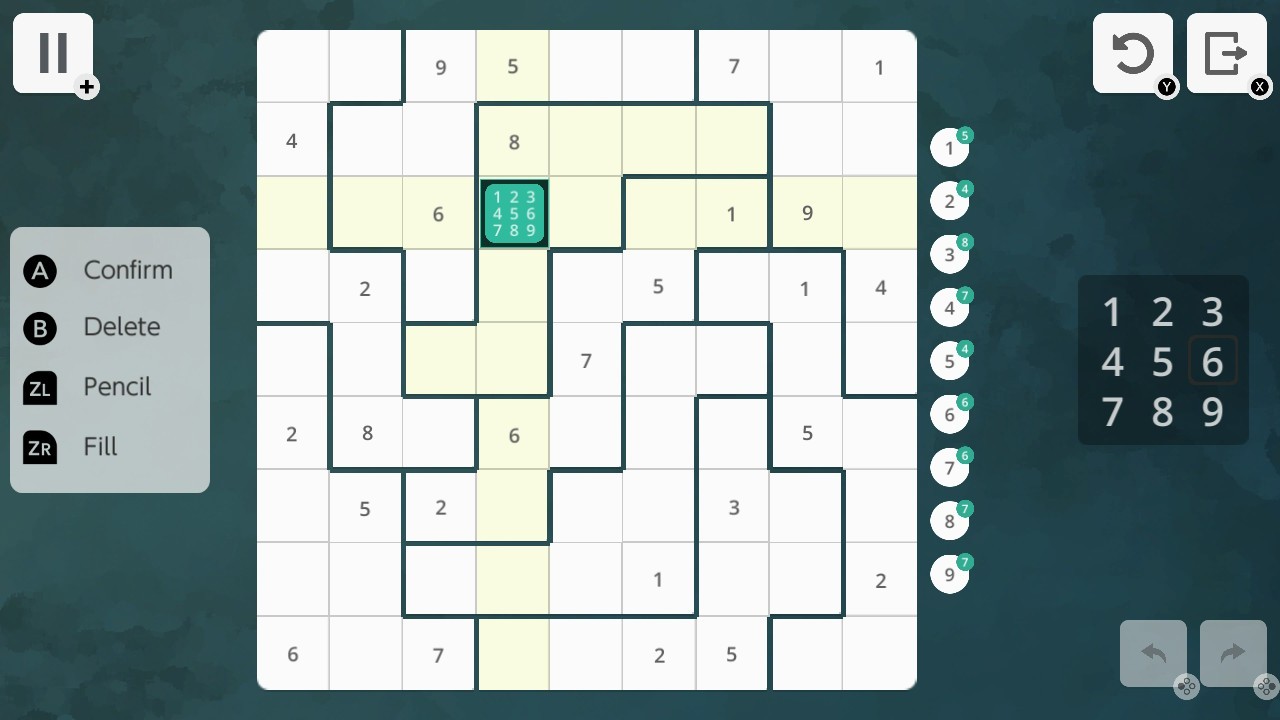 Sudoku Universe by Konstructors Entertainment reflects this ethos perfectly. Offering three ways of playing Sudoku;  Sudoku Universe, Sudoku Jigsaw and Sudoku Killer,  Sudoku Universe is a streamlined, strictly no thrills or distractions experience.  The UI is functional,  the relaxing background music consists of a few notes playing over and over and the colours are subdued. Konstructors Entertainment’s message is clear: here the game is the star.  Playing on the Switch is a breeze. You can use the Joy-Con controllers or, if you’re playing on the go, the touch screen works just as well. You simply touch the spot on the grid you want to solve and then press the number you want to use. Simple.

As you might already have worked out from the title, the meat and potatoes of the game is in the Sudoku Universe mode. Here you have some 200 puzzles which you can play either on easy, medium, hard, master or ninja setting. The fact that there are so many difficulty settings to choose from means that players of all levels will find something that just fits nicely. Being something of a Sudoku newbie, I started on the easy setting and slowly worked my way up. In all honesty, the biggest hurdle, when first playing the game, was getting used to the controls: moving the cursor with the left stick, pressing A and then the ZR button to add the number. It took me a good half hour to get to grips with this but, once I did, the game sucked me in and held my attention for days. Sudoku Jigsaw offers 100 puzzles in which each group of nine blocks is presented in shapes similar to a jigsaw puzzle. I loved this mode and spent a good week or so just working my way through the puzzles.

The last mode Sudoku Universe Killer was something different. Here we have all the traditional rules of Sudoku but the developers have added dashed-line ‘cages’ which must sum to given values. Often referred to as Mathdoku,  Sudoku Killer gets its name from its wicked twist, specifically the fact that you have to avoid repeating a digit while placing the numbers into each dashed-line cage so that they add up to its given total. I’m not ashamed to say that this game made my brain ache and, after a few hours of grappling with it, I returned to the comfort of Sudoku jigsaw and a sweet cup of tea. 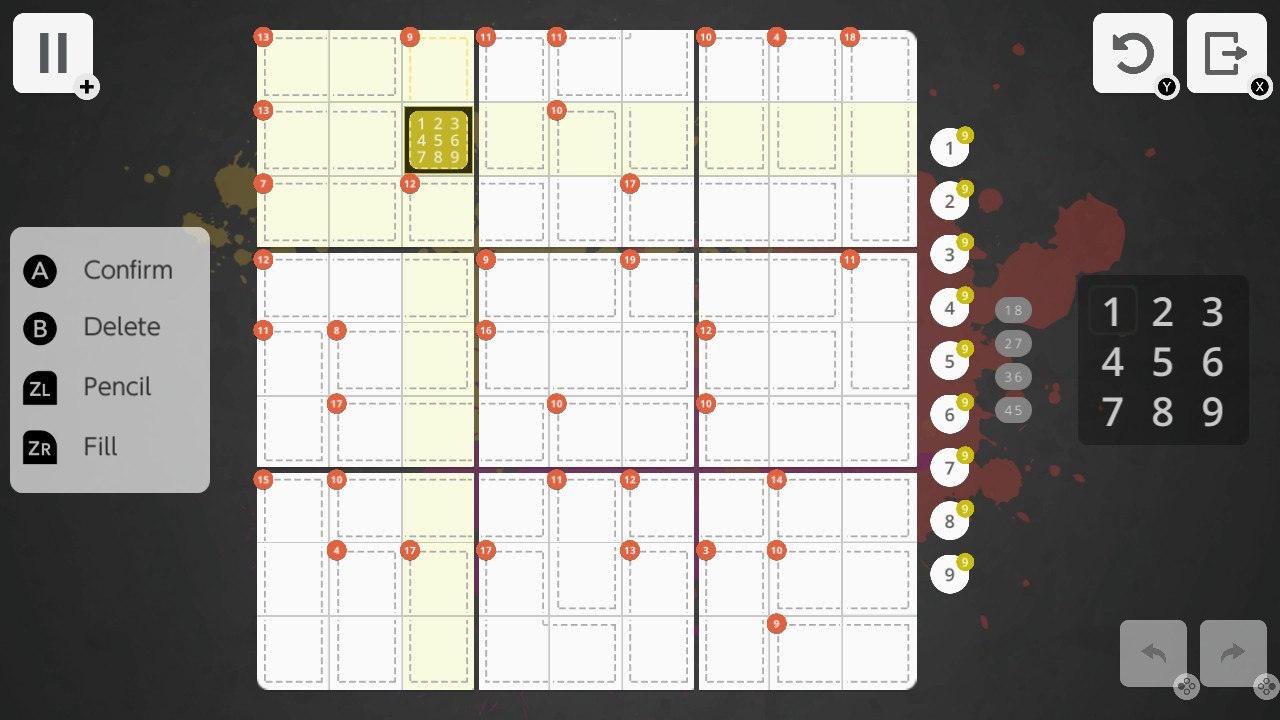 The only minor niggle I had with Sudoku Universe was the noticeable absence of a leader board which would have been a great way to compare my progress (or lack of) with gamers around the world. Hopefully this is something the developers will consider if and when they update Sudoku Universe.

This tiny gripe aside,  Sudoku Universe  is a great representation of the game. For anyone new to Sudoku, there can’t be a better introduction than Sudoku Universe. And for those of you who are Sudoku Ninjas, Christmas may have just come a little bit early.

For anyone new to Sudoku, there can’t be a better introduction than Sudoku Universe. And for those of you who are Sudoku Ninjas, Christmas may have just come a little bit early.