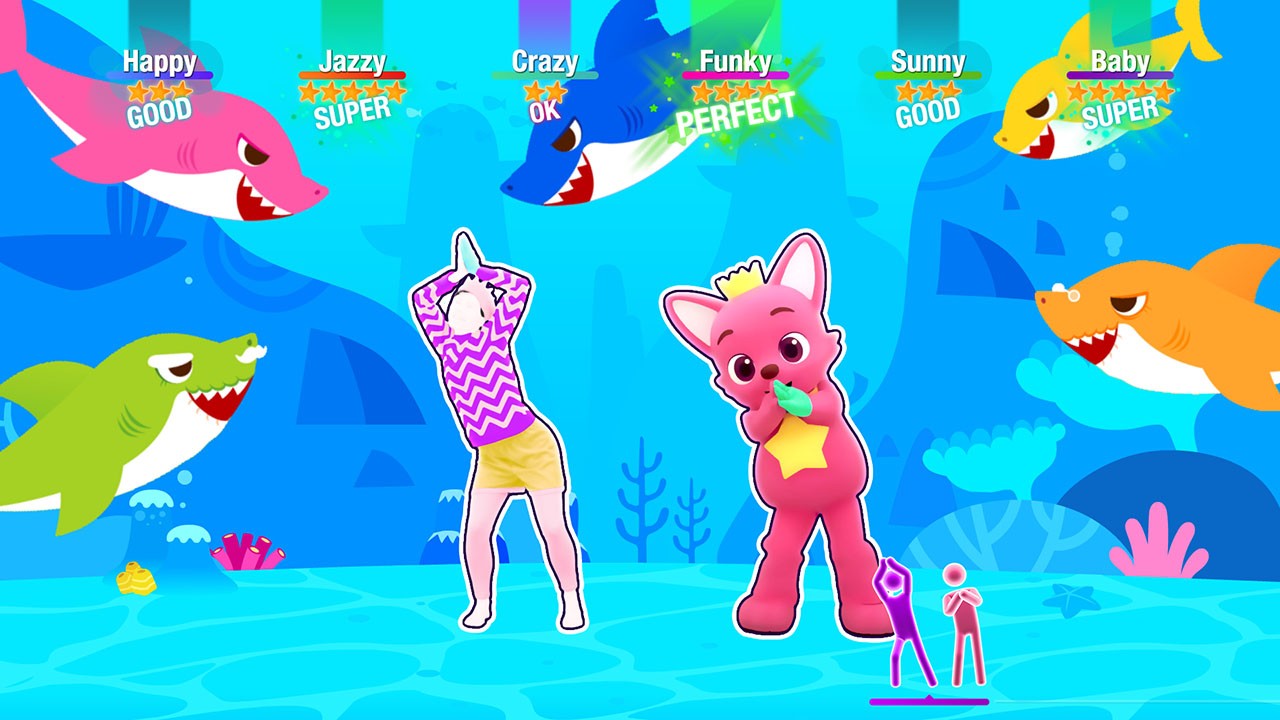 It’s becoming somewhat of a challenge to fully look at Just Dance, the franchise, from an objective point of view anymore. It’s not necessarily a bad thing: the people at Ubisoft really struck a rich, delicious vein of gameplay when they happened upon this concept ten years ago. The game is cheaper than it has been in previous years, owing mostly to the fact that the market is positively saturated with these games and they finally understand their audience. This is a great game for teens, adults, kids and anyone else who wants to fling around in a silly way with their friends, and it’s sort of, kind of a workout without being too regimented. It’s also, and I’m not joking, being released on the Wii, despite the Wii having officially been discontinued back in 2013 and quietly killing off the final sets of Wii Minis in 2017. Sure, you could play it on the WiiU, but that still doesn’t excuse the fact that a game being made TODAY is released for a system that was launched in 2006, and they know it will sell. Anyways, let’s get into it, shall we?

Just Dance 2020 (I’m playing the Switch version) brings almost nothing new to the table in terms of ideas or gameplay from the last, 2019 iteration, but, again, that’s not something to be ashamed of. You’ve got your basic dancing “anything goes” setup, you’ve got Kids mode for when the children won’t shut up about doing something insane together, and the All Stars Mode, which is actually a pretty cool “story” mode (more on that in a moment). You get to setup your game, make your avatar, all that jazz. Strangely enough, there’s still the option to connect to your Switch through the Just Dance app, even though it was announced the app would no longer work with Nintendo connections as of the last game. This is probably going to annoy a lot of people who thought they could swivel around with their smartphones, and that just isn’t gonna happen. You can use one JoyCon, though, so you’re already setup for two player action out the gate. Still, Switch and Wii buyers beware, you’ll need extra JoyCons and WiiMotes if you plan to go through this with additional people. 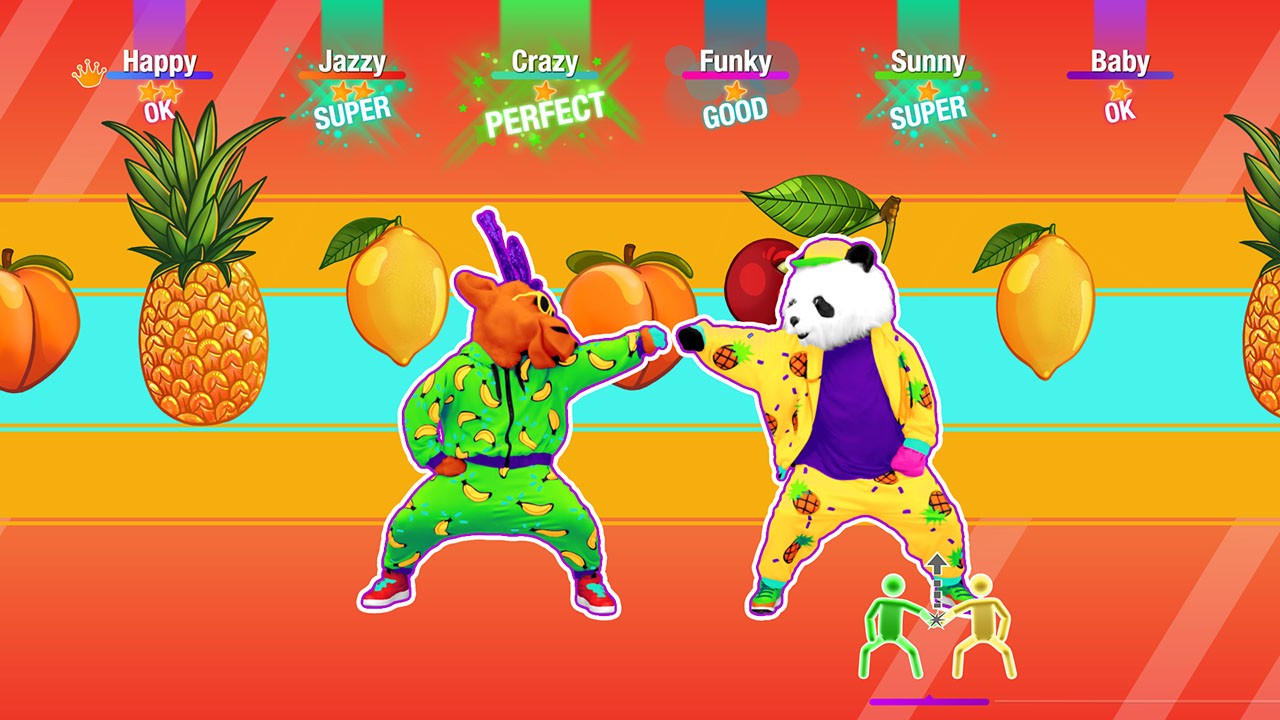 If you’re here for the soundtrack and you’re hoping for throwback titles, I’ve got good and bad news for you. The bad news is, under the main “Just Dance” area, Just Dance 2020 is pretty harsh about keeping it bleeding edge while still falling a bit behind. Throwing on Old Town Road was a good call, and the inclusion of Baby Shark makes things continually noisy and chaotic for everyone. Let’s be real, Baby Shark is going to be on repeat in the Kids area, and plenty of college kids will want to do it ironically, so that’ll work out well. KPop is in full effect, including 2NE1, TWICE and BlackPink, though I think the song selection in this case was a little lacking. For example, people would have much rather danced to AS IF ITS YOUR LAST or even Ddu-Du Ddu-Du instead of Kill This Love. Fancy is a lovely tune, but it’s been ground into dust with replay: why not include the super obvious and cute Dance the Night Away? Still, the overall soundscape is a good one. We got Billie Ellish, we got Daddy Yankee feat. Snow (who is just sampling the one song he’s known for) and we got Ariana Grande with two tracks. Two wildcard (and positively wild) entries are a version of Always Look on the Bright Side of Life (family friendly, of course) and Everybody (Backstreet’s Back) performed by…not the Backstreet Boys? Seriously, how the hell does that work? But the soundtrack is a good one, overall. Yet that not Backstreet Boys song is the oldest one here, so no super classic tunes here.

However, this is where the All Stars Mode steps up and makes this worth purchasing for longtime fans. All Stars Mode recognizes that Just Dance has been around for ten years, and this odd adventure-esque mode follows your trip around the galaxy to visit some of the greatest hits of the game series. While this is an overall short addition to the game (a mere ten songs), it’s cute and fun, and brought back some fond memories as a result. You see, I’ve been on and off playing this game for ten years, and I didn’t realize that I actually have a bit of nostalgia banked within the experience. So to go back and do songs like Hot N’ Cold, Starships and Chiwawa reminded me of where I was and what life was like when I played through. It also gives you a chance to see how the dance moves and interpretations of things have evolved over the game series, becoming progressively more tight and attuned to certain details versus the broad, sweeping motions of older titles. Lastly, this is the only way to unlock the very catchy, very fun High Hopes in the main game, so it’s worth taking about a half hour, dusting off your dancing shoes, and doing a runthrough to get to that last song.

Just Dance 2020 might be one of the most “crowd” centric of the Just Dance games, which is a little bit of a letdown (though completely understandable). For a long time, I’ve seen the choreography shifting from singular to plural, which makes sense: from parties to commercials, Just Dance is a group game, not one for single players. Yet with this newest instalment, it was very difficult to find a song that was honestly fun to dance alone (save for the titles within All Star Mode). Everything has been accounted for and factors the real possibility that you’ve got at least two or three friends dancing with you, and so everyone gets their own, unique sort of flair and style, coming together in pivotal moments to show synchronicity and make a cool effect. That means, though, that, when dancing alone, you just have a lot of isolated, seemingly unconnected moments that you can see gelling on the screen with theoretical friends but does not translate into a personal environment. If you’re going to get this game, please make sure you have a dedicated dance partner to play with, or you’re going to feel very sad, very quickly. 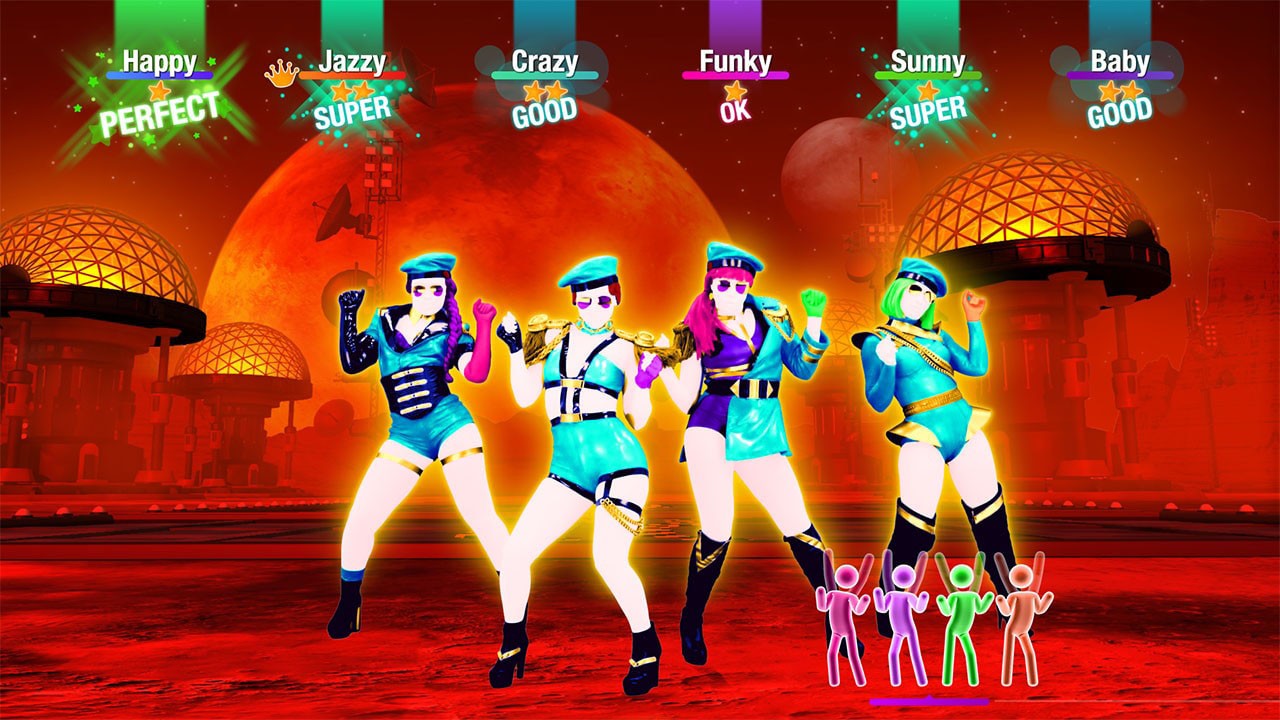 My last, large point to bring up is the Just Dance Unlimited Pass. This online service has been around for a while now, and it was the natural evolution of the series. Have a cloud server with a ton of additional songs to add to your game makes sense, and it also allows the game to evolve as the musical world evolves. Hell, they’ve already confirmed that, on the launch of the movie, the new song from Frozen 2 will be available on the Unlimited Pass. It’s a good price, I’m not gonna lie: 25 bucks a year to have a whole bunch of songs added to my game is fair, reasonable, and may actually see a purchase from me eventually. In previous games, I’ve been aware of the service, but never pulled the trigger. Just Dance 2020, though, is RELENTLESS  in reminding you about this service. If you do any of the base songs in the normal Dance mode, you’ll be bookended with reminders about the service and how you can get it and how much it costs and you get a free trial and WOW it’s overwhelming. Look, I’ve given up on the idea that most companies will release a full game anymore: DLC, cosmetic upgrades and paid extras are the way of the world. But I’m playing on my Switch, not my iPhone or that weird, new Google thing where Just Dance will live. I’m not happy or used to being prodded repeatedly about buying stuff on a console. Maybe that’s why I preferred All Star Mode: the badgering wasn’t as present there.

Still, with the price cut in place and Black Friday looming around the corner, plus a really decent soundtrack of songs, I’m certain that Just Dance 2020 will sell well, and plenty of parents are going to end up getting the Unlimited pack without even realizing they needed it. It’s fun, it’s got some good stuff in their, and my kids have already done Baby Shark about six times over the weekend. It’s Just Dance: you already knew if you would get it or not.

It’s Just Dance with Baby Shark. There literally isn’t anything else that needs to be said for parents to make this game go platinum.