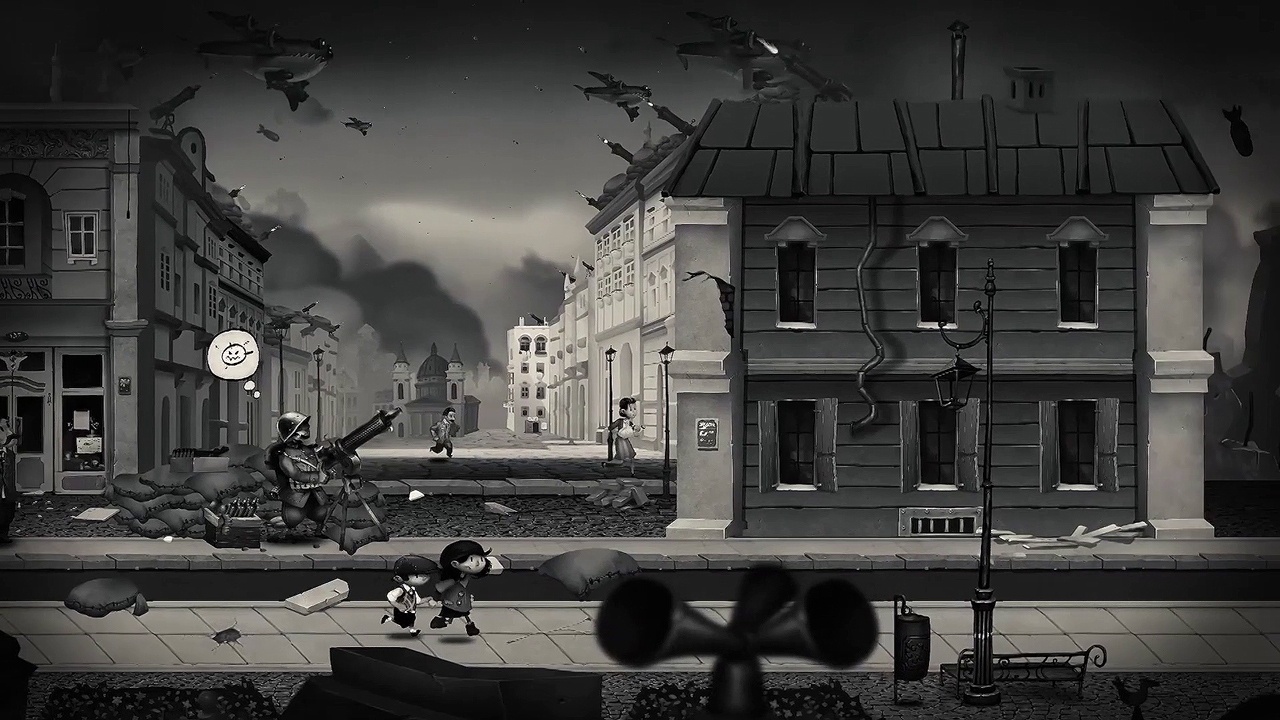 “It doesn’t matter how it happened: it matters how I remember it.” These words can sometimes be used to obfuscate the facts in a mire of personal opinion, and they must be used carefully for anything important. Nevertheless, we’ve seen both in personal accounts and historic interpretations that what actually happened and how it was viewed by the people at the time can create different and often wildly interesting views. The story of the 300, for example, is a prime showcase of how the horrors of new inventions in war can be warped by the survivors, as there were not actually faceless men and giants besieging the Spartans, merely people from other countries in different garb and size. Yet it is the mind of the child who remembers things in the most vivid and inaccurate ways, confusing details with facts as we keep the central story alive. This is the key element to remember in My Memory Of Us, a fantastical game from Juggler Games that’s carefully wrapped around a very real experience.

One day, a young girl wanders into a bookstore to try and find something new to grab her attention: after all, she had had her fill of robots and science fiction, and wanted something new. Tucked away in the corner of the shop is a dusty tome, and, from it, falls the picture of a young girl, a picture from long ago. The shopkeep, now an old man, sees the photo and remembers the girl, his friend, from many years ago. You see, they had found each other one faithful day: the boy a street vagrant, the girl a well-to-do but fun loving child. Though they shared beautiful times together, it all changed one day, when the Evil King exercised his might to try and control the whole city. Now the boy and girl must find safety and some way to escape, but neither will leave the other behind: they must try and find sanctuary together. Thus begins My Memory Of Us. 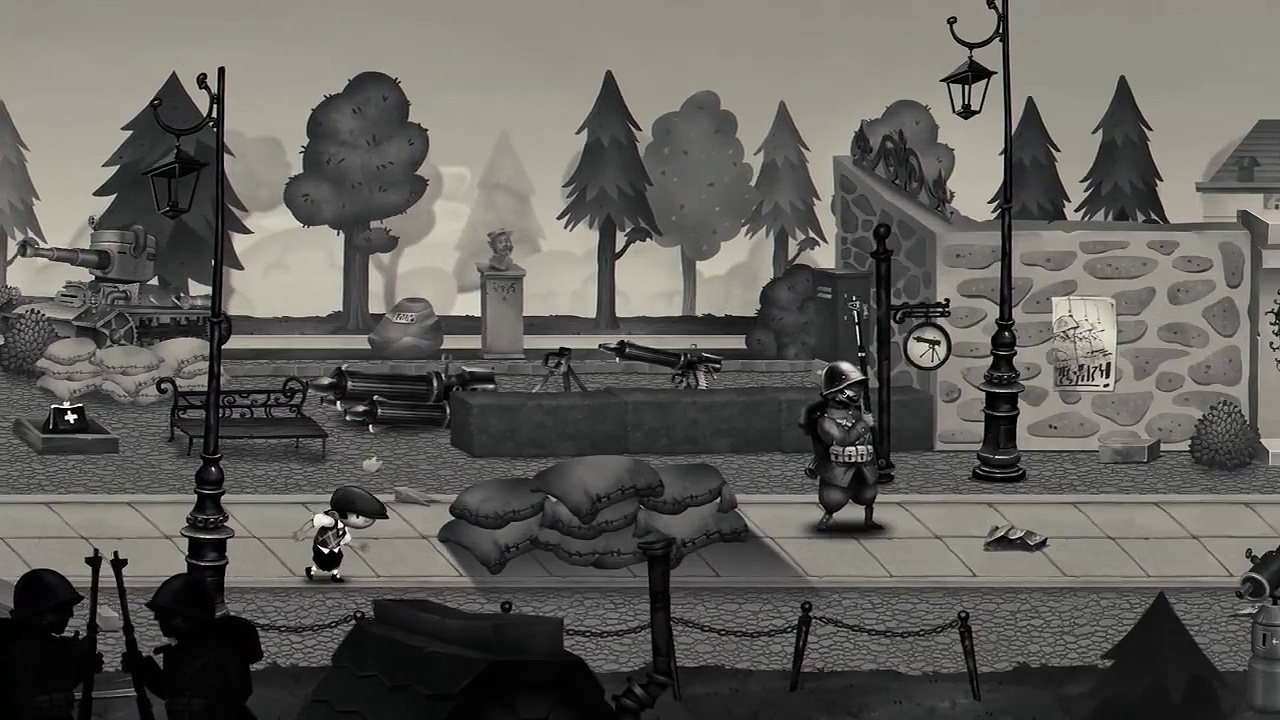 My Memory Of Us is a tricky sort of game to review, because it simultaneously cares and doesn’t care about the gameplay as we see it. From an outside perspective, we have a puzzle adventure game that’s very minimal on either of those two elements. Nearly everything is linear, from the direction of the tale being told to how you can interact with the game itself. Despite being two children, neither of you jump, which felt odd in a game where there is a bit of running, sneaking, stealing and puzzle operation. You hold hands with your partner to move about between areas, though you can separate for when you need to do actions independently. The girl is quite adept at running and operating certain tools, whereas the boy can creep silently to places and spots, as well as figure out several switches all his own. Everything here is about teamwork: there are plenty of things that only the boy or the girl must do, but both work together in order to accomplish a singular goal. It’s well balanced in how much the two of them do, so you never feel like one character is shouldering the burden of the other. In fact, there are plenty of times where the facets of the puzzles will change and you’ll need to do work together.

Speaking of puzzles, My Memory Of Us does have several instances where the puzzle dynamic of the game will change. As a black and white title splashed with red to indicate items of importance, a lot of the “puzzles” tend to be overworld, general item connection puzzles. Use the slingshot to catch apples, grab the correct jar of preserves for the hungry boy, know when to hide from the guards and when to run on by. There are a few, however, where the pacing of the game stops as you focus on a singular task, though it’s admittedly not that hard. The biggest instance I can point to is when you’re trying to use a series of dice to change the input/output of a series of doors so you can get the evil robots out of your friend’s hair and proceed safely. It’s a nice variance that adds a bit more to the game that, up until that moment, was more about run around and grab things. It doesn’t happen often, and it hardly slows you down too much, but it’s a break from the standard way of things, and I liked it.

By and large, though, My Memory Of Us lives on style and story substance, not gameplay. The overall presentation is positively gorgeous, with an animation and character design that feels like a noir version of Codename: Kids Next Door. Everything is awash in darkness and shadows, yet the determination of the two characters are what keep the game alive and going. Even as you’re dealing with “bosses,” for lack of a better term (how would you explain impossibly big Nazi robots?), you are assuaged by seeing them holding hands, determined to not leave the other behind even as they flee across conveyor belts, riding a motorcycle through an Excite Bike style course, or defeating a massive submarine while in a flying bathtub. Again, the exact details of how their survival and escape happened may be a bit murky, but the important parts are there. They remember the people who truly tried to help them, like Irena the nurse, and they, most importantly, remember each other. It’s probably better that the robots, soldiers and evil beings who would separate and harm them are recalled as inhuman machines: it’s better to not think flesh and blood people as capable of such depravity. Seeing robots perform cruelty is easier to swallow, yet we must remember that there were, at the core, humans that called down the acts. 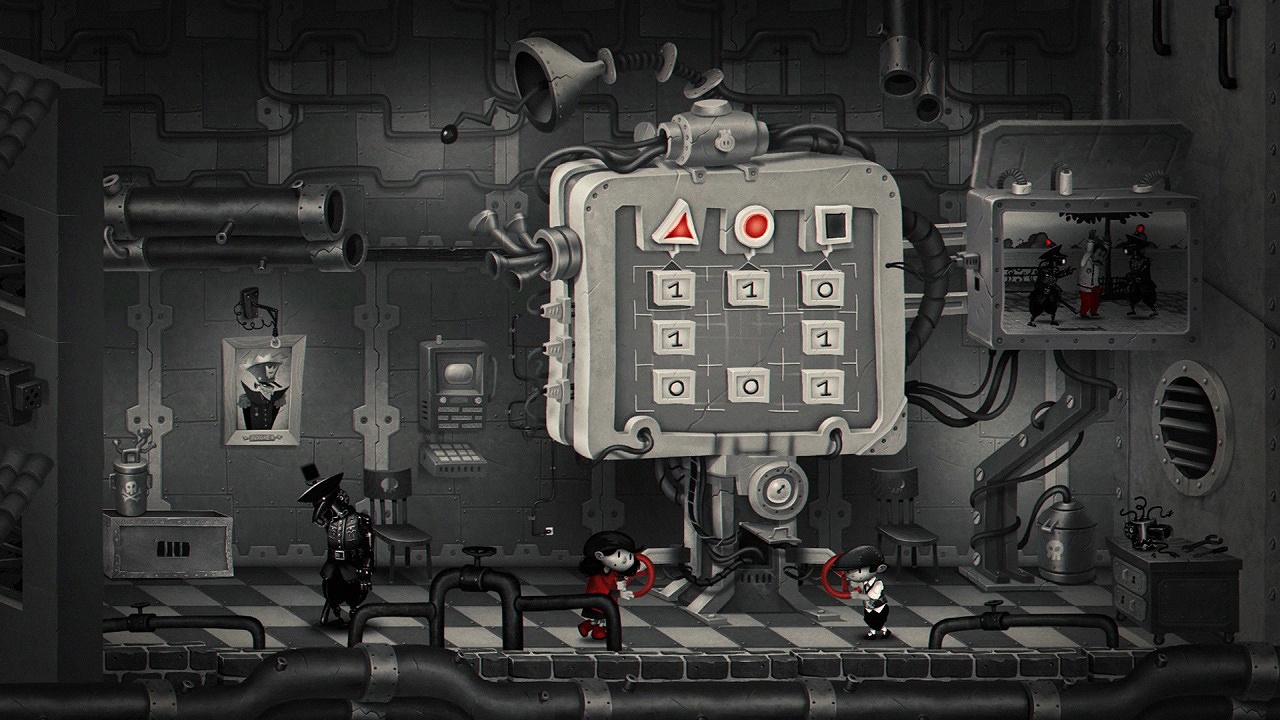 It really needs to be said that the whole game should be played with no distractions from the soundtrack inside. My Memory Of Us uses fantastic ambiance in terms of vary sparring music, instead focusing on the silence that surrounded the desolate landscape and the grunts of the characters, the whirl of the machines, the dreaded thumping of who may or may not be just outside. Moreover, the game is generously inter-spliced with expositional cutscenes, voiced by Sir Patrick Stewart, who adds so much gravitas to the entire storyline from start to end. While the game itself isn’t terribly long, you can sense the weight of this sort of tale, and Sir Patrick’s velvety tones and world-weary tempo add to the sense of “yesterday” that permeates throughout. Yes, this story took place many years ago, but it feels, to the narrator, as though it was a fresh wound, a brand new scar with plenty of explanation around it.

Performance on the Switch is decent, though expect some slight stuttering when you first boot up the game and when you swap between larger scenes. I think the sheer size of the software (a whopping 2.4 GB) indicates that some things could have been better optimized, but, for what My Memory Of Us wants to do, the outcome is satisfactory. This four hour recollection of dark days gone by and shafts of light in the shadow really is a beautiful and enjoyable story. The mixture of gameplay – puzzles, logic, action and stealth – are none too heavy in one direction or another, and everything is worth the effort to see the story in the core. The ending is beautiful, and it makes me hopeful that this is, in fact, based on a true story. It won’t be a long play, but it will be a good play, and maybe grab your children and sit them down while we take the journey together. Afterwards, it may be time to talk a bit, so that this Memory means more than just that of a boy and his lost friend.

My Memory Of Us resonates in the hearts and minds of everyone, everywhere, about the importance of hope and loss of innocence once upon a dark time.