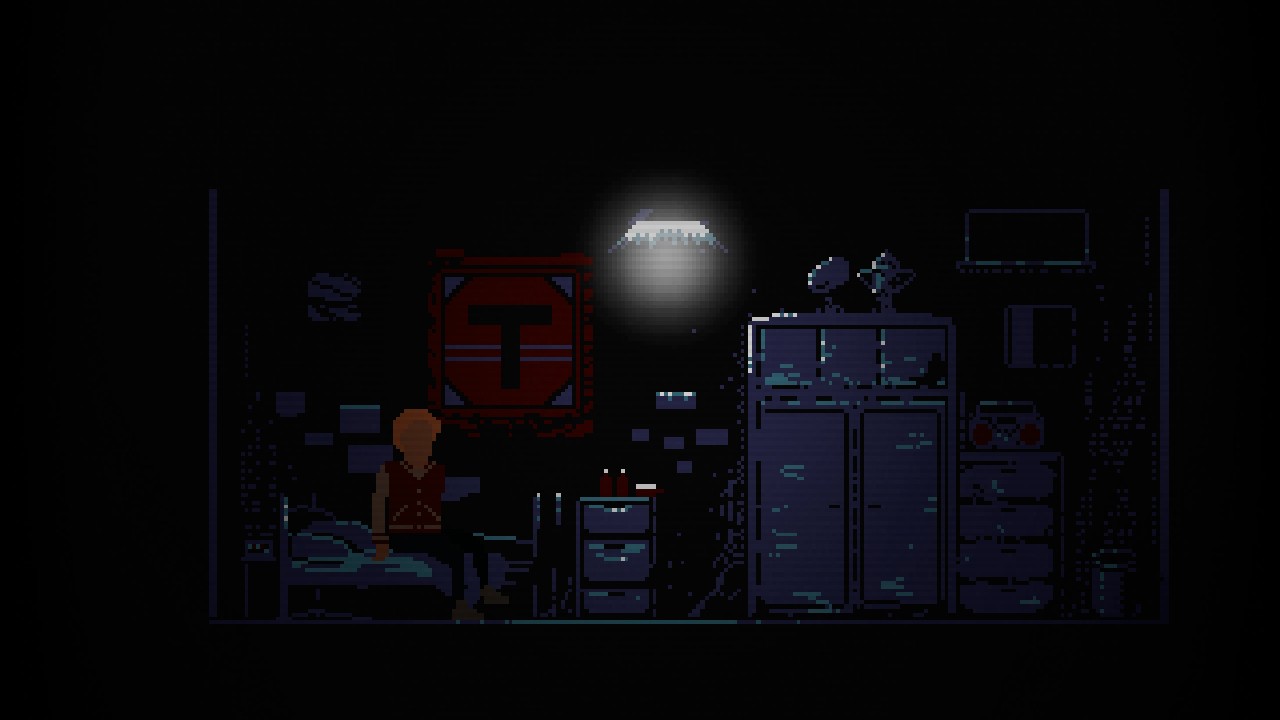 I enjoy a point and click adventure and recently there have been quite a few being released which look like something developed from the 80’s/90’s, the latest being Football Game. First of all i thought it was a game similar to the Commodore 64 classic Roy of the Rovers where you have to find your football team for a charity match, Football Game is not like that and the atmosphere is the polar opposite to Roy of the Rovers. Also Football Game is about American Football not soccer.

In Football Game you play as Tommy living in the town of East Bend, a local high school football hero who everyone loves. It’s a big night as the Purchase County Turbines are playing and your high school sweetheart Suzie is waiting for you behind the bleachers. Football Game is an old school point and click adventure based around classic 1980’s American culture and presented in the same vein as a David Lynch film. You are in your room and the alarm wakes you up, you then have to turn the alarm off to begin your adventure. 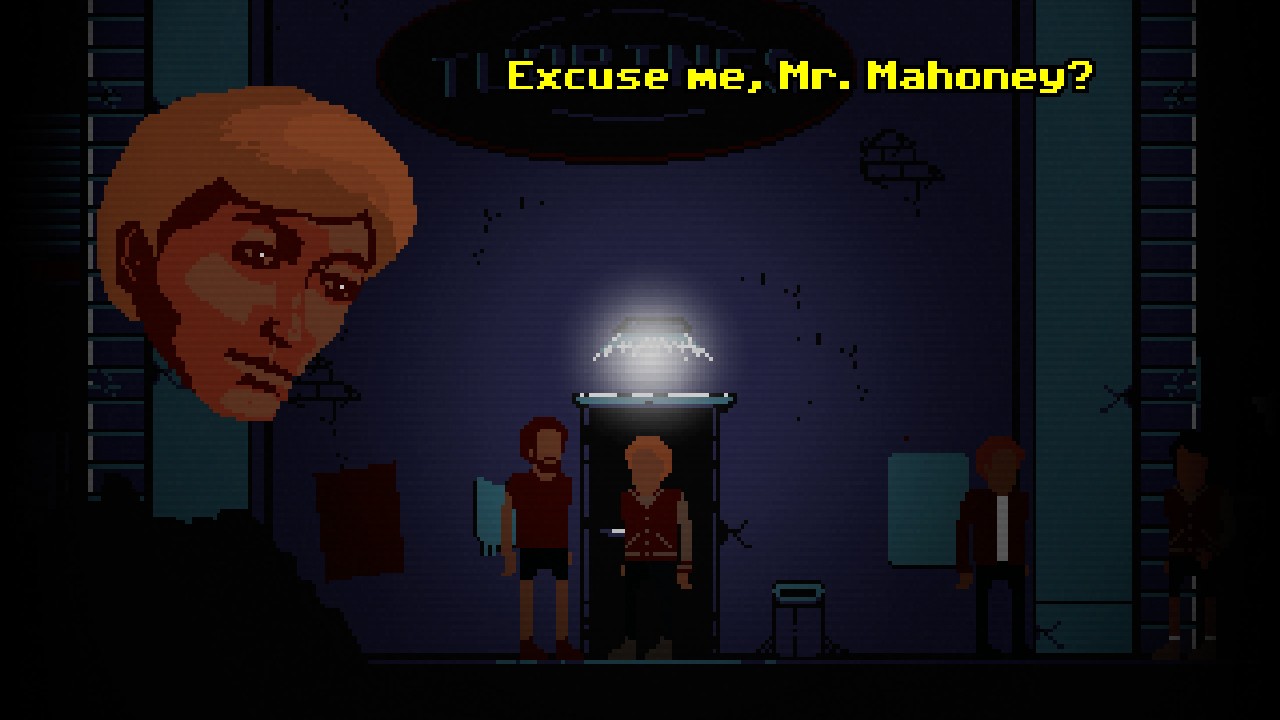 Football Game is a short game where you need to complete mundane tasks to push the creepy story along. You have to put empty beer bottles into a bin, make your mum tea etc. Usually point and click adventures tend to think outside the box but in Football Game this is not the case. There’s a part in Football Game where you have to find a present you are meant to give to your sweetheart. You go back to your room and search under your bed, removing items one by one, eventually you find the present but it requires you to think quite logically to retrieve the object. There’s only one way to perform a task in Football Game but it plays quite naturally.

There are little flashback scenes that show the relationship between Tommy and Suzie, the more you see then the more unsettling the relationship becomes. There are not many environments to visit, there’s your house, the school and a forest, you can visit Suzie’s house but it isn’t needed. There’s the standard fetch requests to progress the plot but nothing too taxing or uninteresting. Football Game definitely features an unnerving story as you slowly make your way from one conversation to another. There’s some dialogue but not a great deal of it, you get opportunities to ask more questions but nothing too deep. 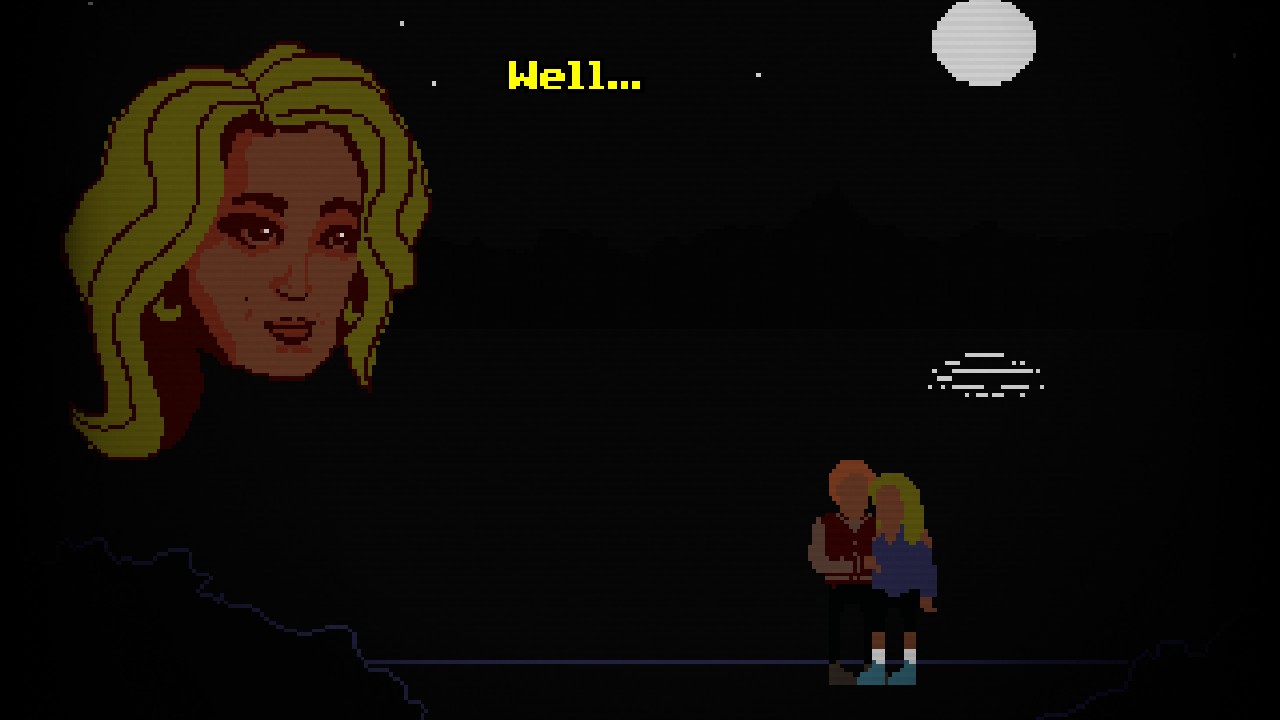 The noir style nostalgic graphics in Football Game really suit the mood, it can be very dark at times but generally most of the interactive items are highlighted in some kind of glow. Football Game is a pixellated adventure so it won’t win any awards for it’s graphics but the eerie ambience and eighties like music work quite well. None of the characters have faces but even in your limited conversations their personalities are quite individual and make the experience more engrossing. There is a weird bit with a cheerleader, maybe Football Game was going for style over substance at this point but it was a scene that continued the creepiness you would have experienced before that point. Once completed you won’t find any need to replay Football Game which detracts a little from the overall experience.

Football Game is a very short adventure that can be completed in less than an hour. If you like creepy point and click adventures with an impending sense of dread then you’ll enjoy it. Football Game won’t convert any new players to the genre and is limited by it’s one playthrough experience but the story is interesting and unnerving. Oh there’s very little American Football in Football Game but you won’t mind that.

You’re looking for your sweetheart but something doesn’t feel quite right in Football Game..