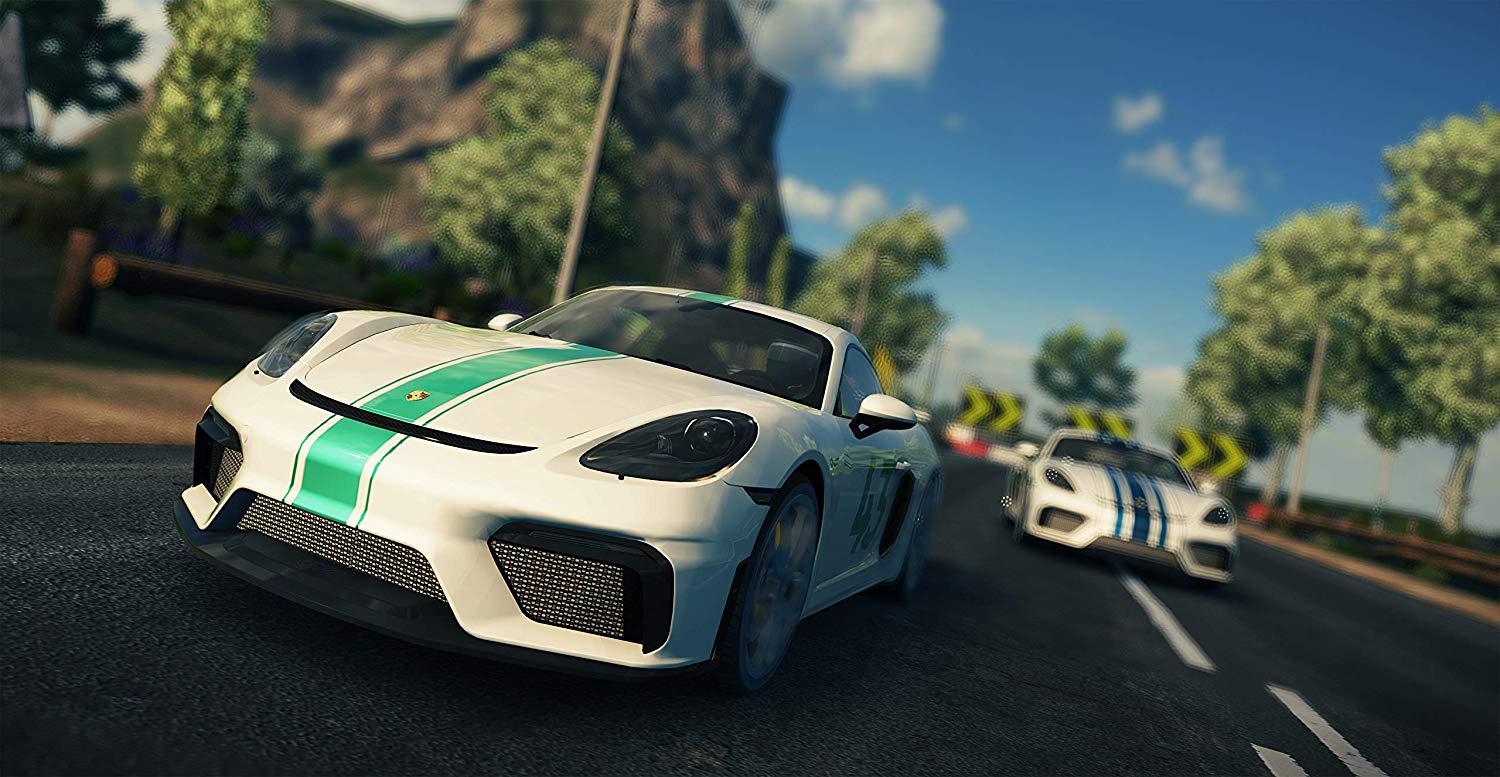 What’s your dream sports car? Sure, you can have your Maserati’s and your McLaren’s, but for me, the Porsche is the most defining sport car in terms of performance, looks and sheer status. I’ve always had a soft spot for the German manufacturer’s sleek designs and unique looks, although admittedly, it was nearly beaten once by the Ferrari Testerossa from my Outrun days. But, suffice to stay, my original love for the Porsche won through and crossed the finish line to become my most iconic sports car of modern times. Even within video gaming, the Porsche is always my go-to car; designing it to look just like the car of my dreams, with a black exterior and red interior. Well, now thanks to Eden Games and Microids, I can indulge my fantasies of ever driving such a car, with the release of Gear.Club Unlimited 2 Porsche Edition, available now as a physical release or as a DLC add-on for existing Gear.Club Unlimited 2 owners, as it speeds a release onto the Nintendo Switch.

It’s been almost a year since the release of the core game, Gear.Club Unlimited 2; scoring a less than ideal six out of ten. Despite being a very competent racer with a wealth of content, it lacked the refinement of the original Gear.Club Unlimited and was also missing a few components that the first game had; the most criminal of these was the omission of online multiplayer. However, a lot can change within a year and after revisiting the game with the release of this DLC, I was surprised to find a completely different game from the one that had been originally reviewed. Online multiplayer has now been added, the controls are much more refined and the general level of gameplay has been enhanced to produce a game that is now one of the best racers currently available on Nintendo’s hybrid console.

So, what about the DLC? Well, in addition to the two-hundred and fifty or so events of the base game and more than fifty licensed vehicles, the addition of the Porsche content brings a further three models of Porsche to drive: the 718 Type 982 Cayman GT4, the 911 Type 992 Carrera and the 911 Turbo Type 930. As well as these three vehicles, there’s also a brand new series of events with the Porsche Series. You compete over three championships, with the first two presenting you a loan of the Cayman and Carrera models, as well as the opportunity to win them should you win the tournaments associated with them. The third series sees you loaned with a model of Porsche from the base game and in order to own the rare model of the 911 Turbo Type 930, you have to finish in pole position overall. The reason for the third vehicles rarity is, the previous two vehicles are purchasable with in-game currency, the third however, can only be won. 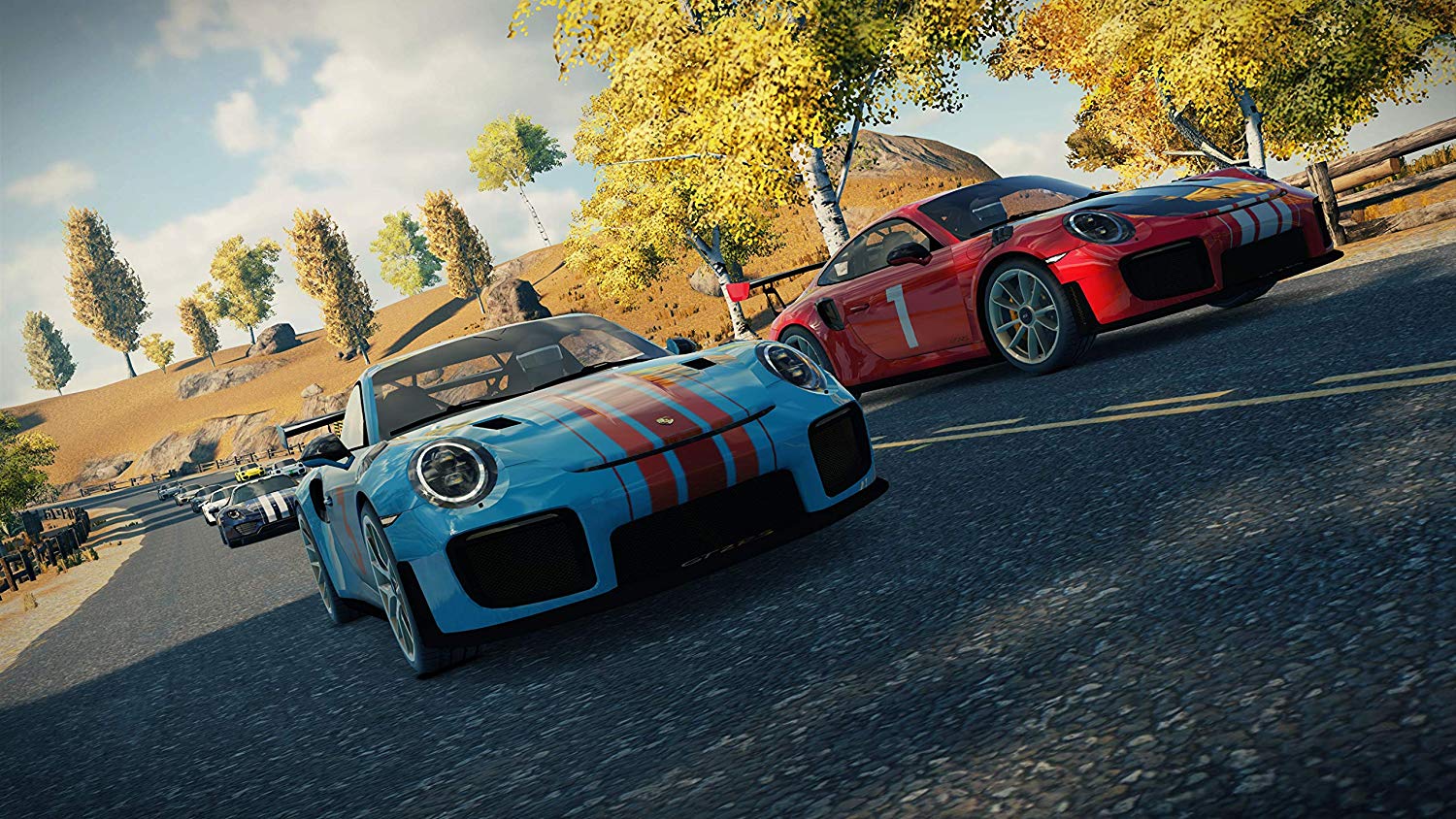 The new series in which you can compete in can be found on the southernmost island of Dream Bay. From here you can enter the series of championship races with your new Porsche models in the hope of adding them to your garage. In-game, the models of these new Porsche vehicles are sublime and certainly look the part as you take part in a series of events from all-out races and time trials through a series of locales and terrain types. Once you own all of the new vehicles from this add-on or DLC, you can then use them in all of the other game modes from the base game, including the online multiplayer where the real bragging rights can begin.

The new addition of the Porsche series adds around an extra five hours of gameplay to the base game, which is a nice amount for the DLC alone; although this is merely a drop in the ocean when compared to the overall level of the base game, which is essentially, unlimited. However, there’s also a lot more in store for you should you purchase the physical edition of the game or download the DLC to add to the base game should you already own it. As well as three new series of events and three shiny new vehicles, you also get all previously released DLC for the game as an added extra. This brings, not only, a further fourteen vehicles for you to own, but also two packs of ‘stickers’ with which to personalise the livery of each of your owned cars within the base game. 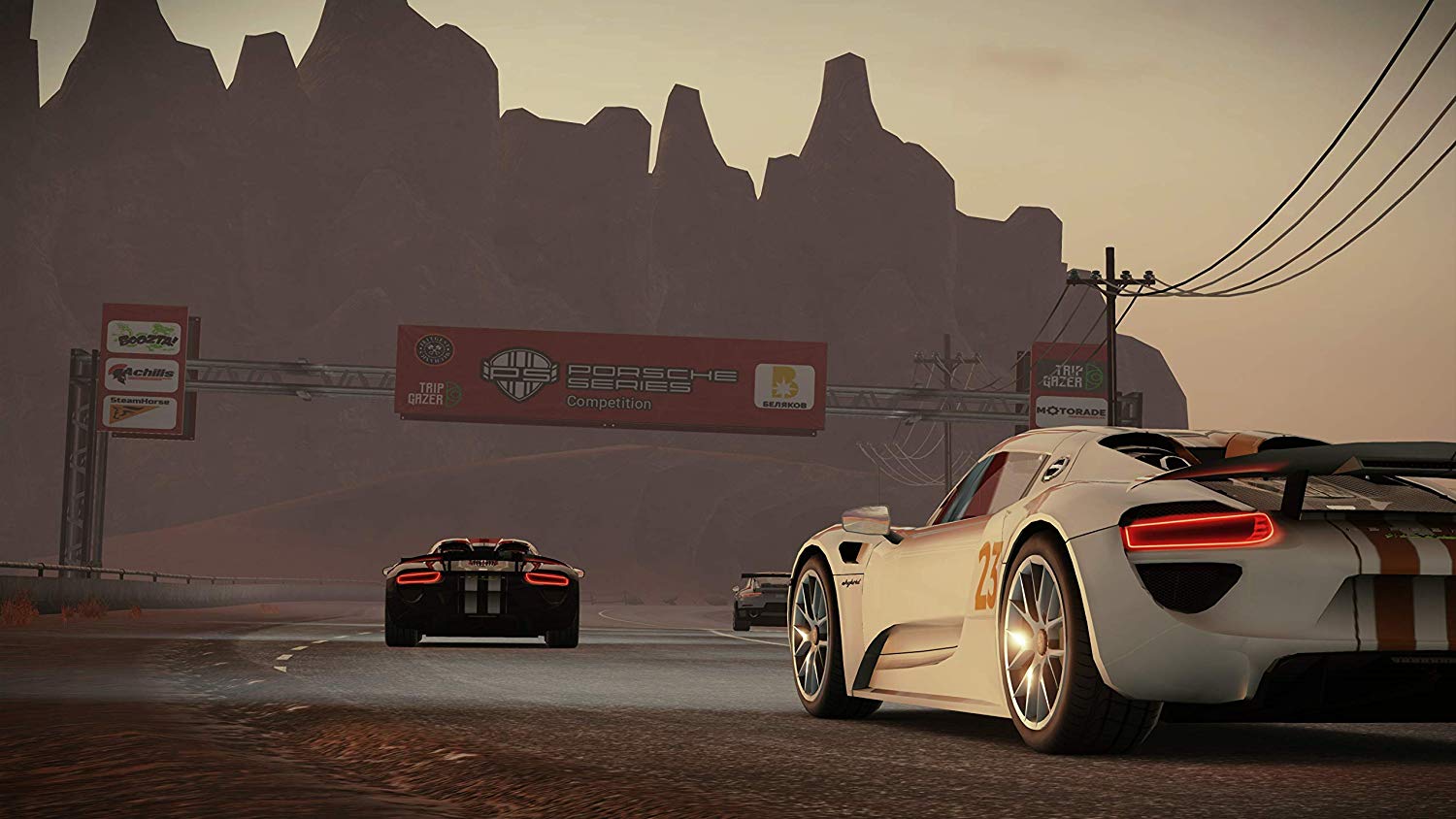 From the Ford Mustang GT 2015 Police Car to the Dodge Challenger Sheriff and from Alfa Romeo 8C Competizione Ahoy to the Jaguar F-Type R Elite GTS, there’s a wealth of supercars here to add to your collection. This alone makes this a worthy piece of DLC to add to the base game and makes it superb value for money. However, if you’ve previously bought the DLC within its separate packages, then the addition of the Porsche Edition DLC may not be as an attractive proposition. However, especially for me personally, the three new Porsche models of cars and the three new championships in which to participate still makes it a worthy purchase.

For me though, the biggest surprise of pressing the pedal to the metal with this new edition of the game or its DLC, is revisiting the base game and finding a completely different experience from its original release a year ago. A series of patches and additions have changed the whole face of the base game, bringing its much needed and much missed online component, but better still, fixing its loose controls to produce a much more satisfying racer that I’m now finding hard to put down. Sure, you’ve got your adrenaline-fuelled Asphalt 9 and realistic GRID Autosport, but in its current form Gear.Club Unlimited 2 stands firmly on the podium and certainly challenges its rivals to the top spot; even moreso with the addition of this new DLC.

Overall, Gear.Club Unlimited 2 Porsche Edition, whether it be the physical game or the DLC, provides enough horsepower to keep this racer ahead of the pack. With the addition of the iconic Porsche cars, new series of events and every piece of previously released DLC, you get the definitive version of the base game to date. Add to the mix its series of patches that have added everything that was originally missing and you end up with one of the most satisfying and content-rich racers currently available for the Switch. It’s original scoring seems a bit harsh now, a year later, so to compensate, I have decided to grade this DLC to match that of the overall game or the newer physical edition, making this a worthy addition to any petrol-heads library of Nintendo Switch games.