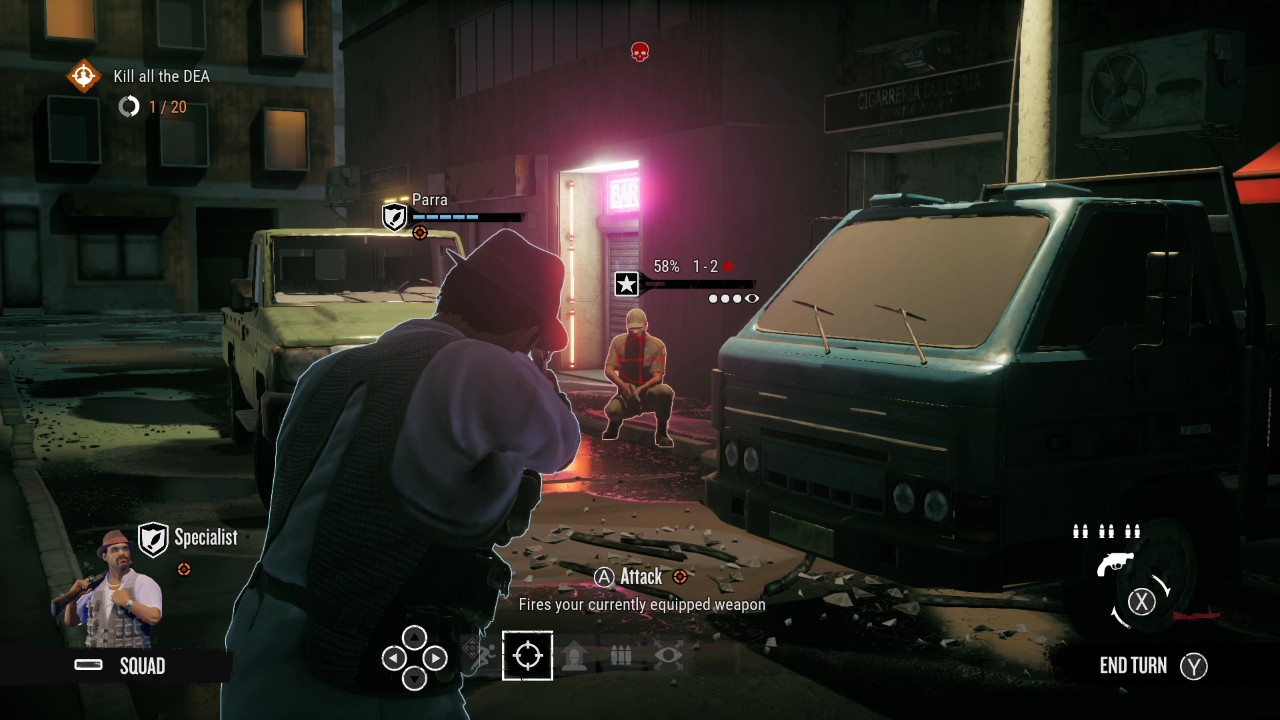 When it comes to license tie-ins, at least where film and television depictions within video gaming is concerned, they have acquired a reputation of largely being under-par when it comes to gameplay. Despite their misforgivings though, you still couldn’t deny that playing the role of a particular hero or scene that you had watched on the screen had a satisfying allure to it. Of course, some worked with what they were trying to represent, you only have to look at Alien: Isolation to see how video games should simulate the films we watch. But even then, I even have to admit to some guilty pleasures, as I widely regard Star Wars: Battlefront 2 as the definitive Star Wars game, despite its poor reception and constant downgrading by other gamers. Anyway, the latest of such tie-ins now comes in the form of Kuju Entertainments and Curve Digital’s Narcos: Rise of the Cartels as it enforces a release on the Nintendo Switch.

If you’re not familiar with the series, then Narcos is a Netflix production that deals with the rise of the drug trade in Columbia, focusing on the Narcos that produce and the struggles of the DEA as they try to enforce the law surrounding the rise of the Cartels and coca productions. It’s a raw and gritty drama, set in the late eighties and is the inspiration behind this latest license tie-in. The game itself is primarily a turn-based strategy, but adds in a cast of characters from the hit TV show, as well as a series of footage excerpts to add background and a story to the proceedings. It follows the events of series one, with eighteen chapters, a series of mission objectives and side quests, as well as the ability to play as both sides of the DEA and Cartel organisations.

The game focuses around El Patron’s Medellin Cartel and characters from the Drug Enforcement Agency that combat against them. Set within various locales that represent the Columbian districts, such as shanty towns, thick jungles and mansion houses, you play through a series of missions that can vary in length and present you with a number of objectives. These can range from simple surveillance, street gunfights, planting bugs, assassinations or just simply surviving the onslaught of waves of gun-toting cartel or DEA members. To add a touch of urgency and even a sense of realism to the game, it works on a series of recruiting and upgrading a series of squad members, as well as each of them meeting a permadeath should they get caught within the line of fire. 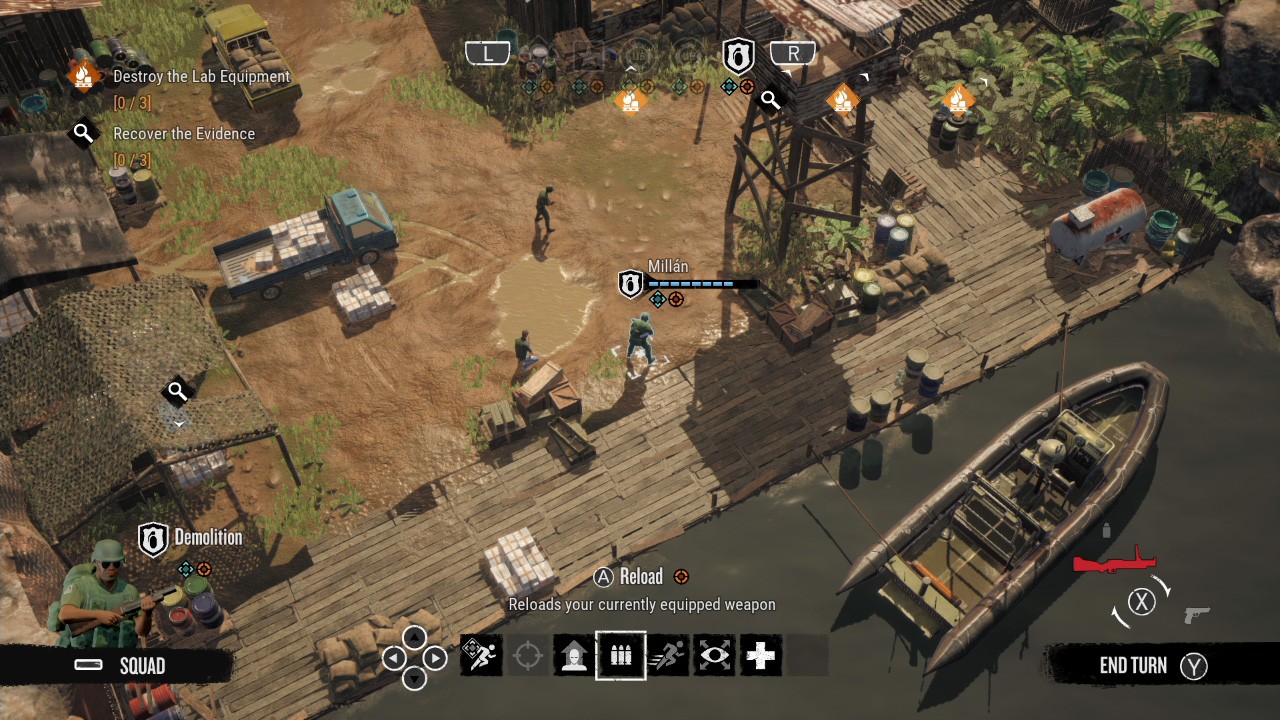 In terms of how turn-based strategy works, this game follows a similar template to others within its genre, although it does bring a few extra features that adds some unique features to its gameplay. Firstly is its setting, covering a real-life setting and the struggles that the drug wars bring to Columbia. There’s no fantasy with wizardry, aliens or steampunk here, it plays similarly to the TV show, with a rawness and gritty feel that creates a more immersive world. Secondly, the game works on turn-based mechanic that slightly differs from other strategy games. Instead of moving all members of your team before the enemy make a move, each turn can only involve one characters. For instance, you move one member of your team to a place of cover, then the enemy will make a move, then you can move your next character. It’s very chess-like in its execution and forces you to be mindful of all of your actions and the vulnerability of characters within your party as they await their next move.

This creates a lot of tension within the gameplay, but can also slow the pace of the game somewhat. Not that it is a bad thing, at least in my personal opinion, but for others, it may be something that isn’t to their liking. However, to help in keeping things interesting and fresh, the game comes with a third element in its make-up and that is the ability for Counteractions. These are essentially covering fire techniques should you find one of your characters open to being flanked or positioned in a particularly dangerous situation. It shifts the game from its turn-based mechanic to a real-time, over-the-shoulder setting as you unleash a barrage of shots against an oncoming enemy. From a third-dimensional viewpoint, you position a reticule to target moving enemies and shoot your weapon in order to take them down or incapacitate them.

It adds an interesting perspective to the gameplay and can be exhilarating if done right. For instance, in one scenario I had one DEA agent covering behind a vehicle as two Narcos broke into the street towards my character, the viewpoint changed to my characters perspective and I unleashed a barrage of automatic rifle fire, taking down both assailants with headshots from one single bullet. It gave me an overwhelming feeling of greatness and began to feed my hunger for more of the game. All of its elements combine to bring something different to the genre and despite its pacing, presents some very effective ways of producing tension and promoting excitement as you play the game. 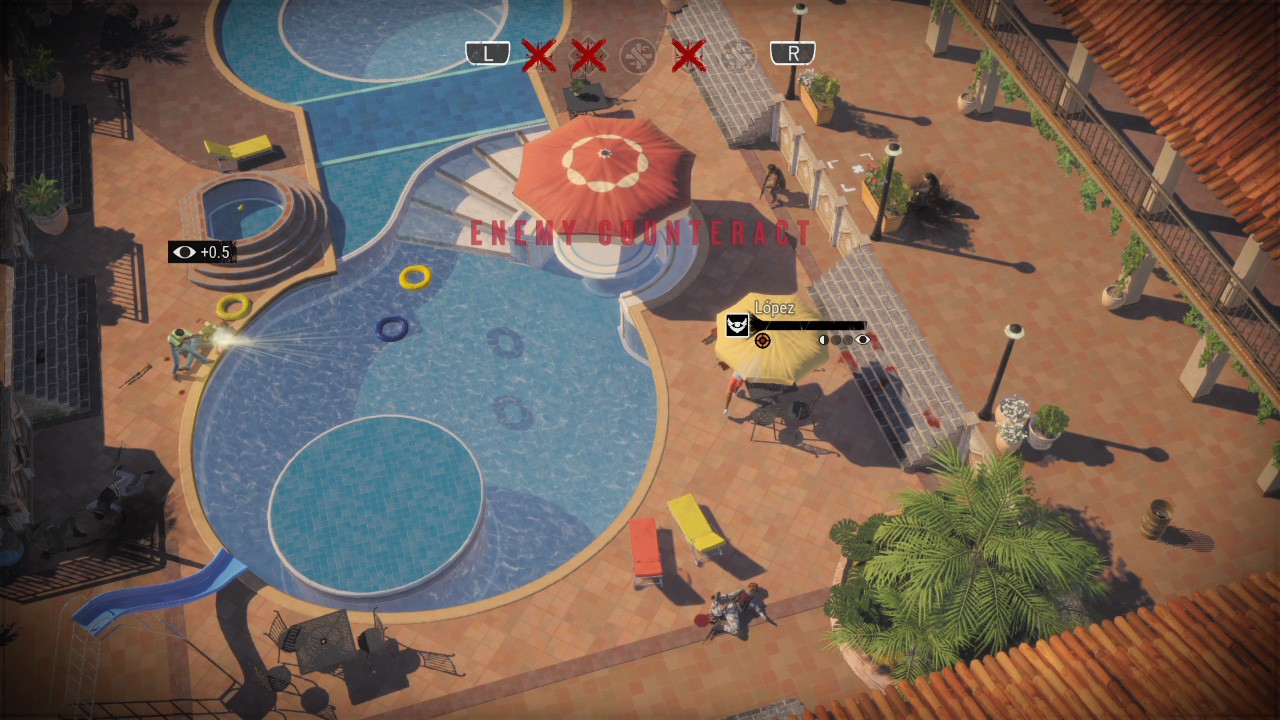 Whatever side you play as, although the Narcos are only unlockable after the first objective which acts as a tutorial, you build up a squad to take into the battlefield. There are six distinct classes to choose from, each one bearing their own strengths and weaknesses, although you can only make up a party of five to take into the field. It’s important to have a mix of abilities, as each team member can provide information, resources and techniques to help each other. For instance, the Lookout can identify target types from distance, giving your team a heads-up of what they may be facing and the Enforcer is able to take out multiple enemies which makes them ideal for crowd control scenarios.

I’ve played a number of turn-based strategy games on the Switch and it is one of my favourite genres and I have to say that, Narcos: Rise of the Cartels is one of the best ones I have played. It contains a number of elements that keeps things fresh and interesting. Saying that though, its biggest question mark lies over the effectiveness of the enemy AI. Regardless of whatever situation may prevail, the enemy AI has a tendency to target the nearest character, or simply rush into an area where they are open and vulnerable to Counteractions. This gives the game less of a challenge when compared to other titles within its genre, but despite this, is still a fun game to play. Some blurry visuals and suspect animations also plague certain areas, but to be honest with you, were never anything that detracted from the overall enjoyment that I had with this title.

Overall, Narcos: Rise of the Cartels is an extremely playable turn-based strategy game that blends a number of gameplay elements with a TV licensing tie-in through show characters and footage. Its chess-like level of gameplay, tension of permadeath, team building and counteractions all combine to produce a compelling experience; albeit one that does run at a slower pace than you might be used too if you’re an experienced armchair general. Saying that though, I thought it was a game that looked interesting and am glad that I took the plunge, as I thoroughly enjoyed the immersion and atmosphere that the game creates with its real-world setting, gritty content and overall, enjoyable levels of gameplay.

Narcos: Rise of the Cartels Review

Narcos: Rise of the Cartels presents a gritty, real-world, turn-based strategy game that adds some new and interesting techniques to its gameplay.