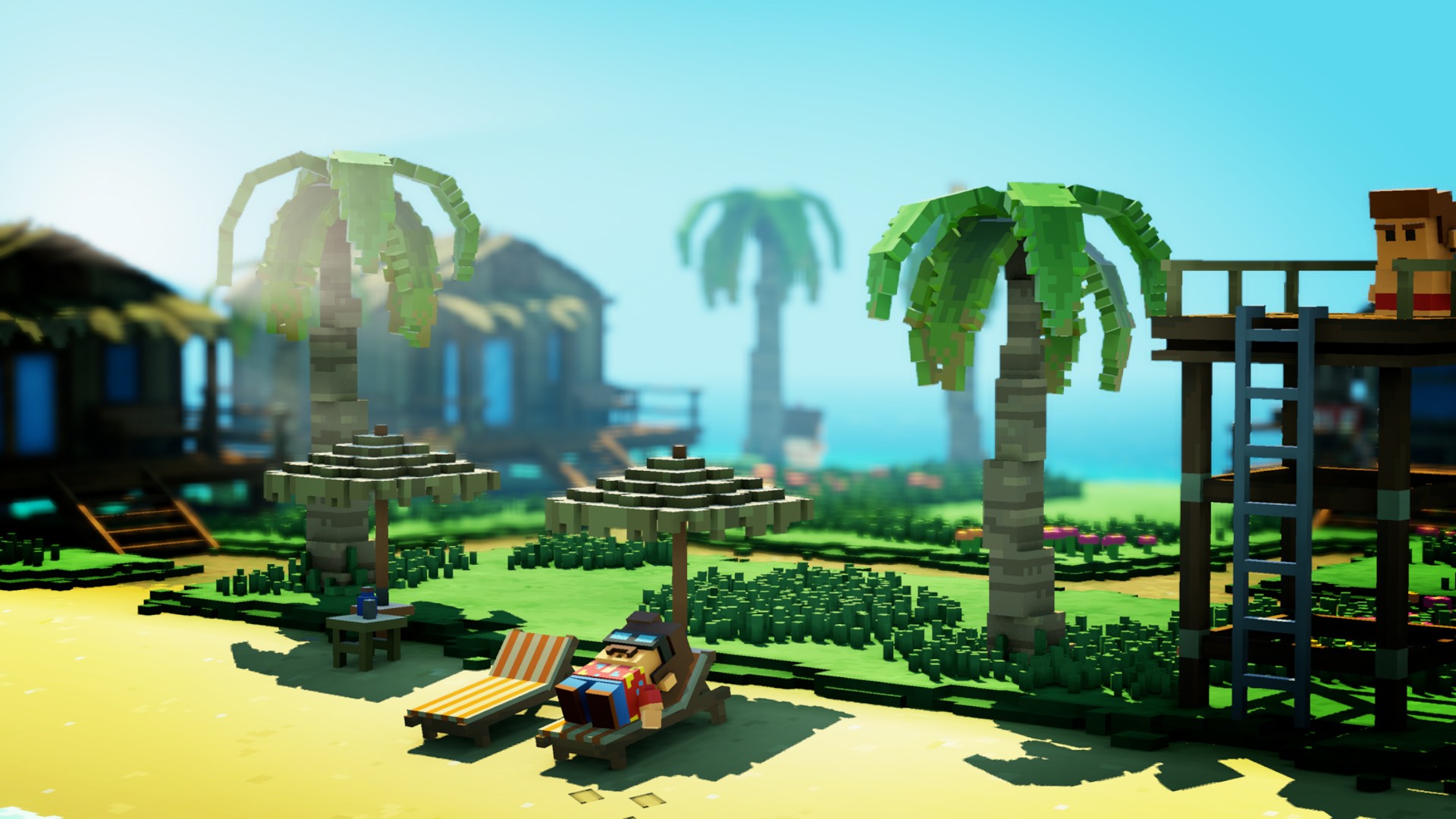 The Touryst is an understated puzzle game out now on the Nintendo Switch. With a Hawaiian shirt, aviators and handlebar moustache, this unnamed protagonist means business and ready to soak up the rays on an isolated tropical island. Only, the island has hidden secrets, and it isn’t long until you’re wrapped up in a fun little puzzle/exploration game.

Not much is explained when you start. Actually, nothing is explained. You simply wander around the island looking for things to interact with. Enter a hut and switch on a fan or go into a shop and purchase a camera. Scattered across the resort are coins you collect to purchase items in-store, but other than a broken vending machine, there’s not much else to spend your money on. There you clock a monument, and a mysterious old man talks about secrets hidden on the island. Cue a puzzle or two, and you collect a monument core. With the old man as your new-found mentor, he sets you on a quest to find more of these cores to find undiscovered truths.

So the story goes from 0-100mph in a few seconds, and you’re trying to locate ancient artefacts on other islands. There is a small speedboat where the driver ferries you to other islands – unlocked by obtaining tour guides initially from the old man, then later in a travel agent. Most of the islands have a monument you need to access and locate the core, some don’t. Sandwich in some side-quests and you have yourself a mini-adventure. Side quests aren’t much trouble whatsoever – obtain a smoothie for one person or recommend an island to a retired couple. Later on, you have a few mini-games like surfing and controlling a drone – an even better one was beating the hi-scores of a fellow gamer in a local arcade. Games include a Mighty Bomb Jack clone and my favourite, Arkanoid. 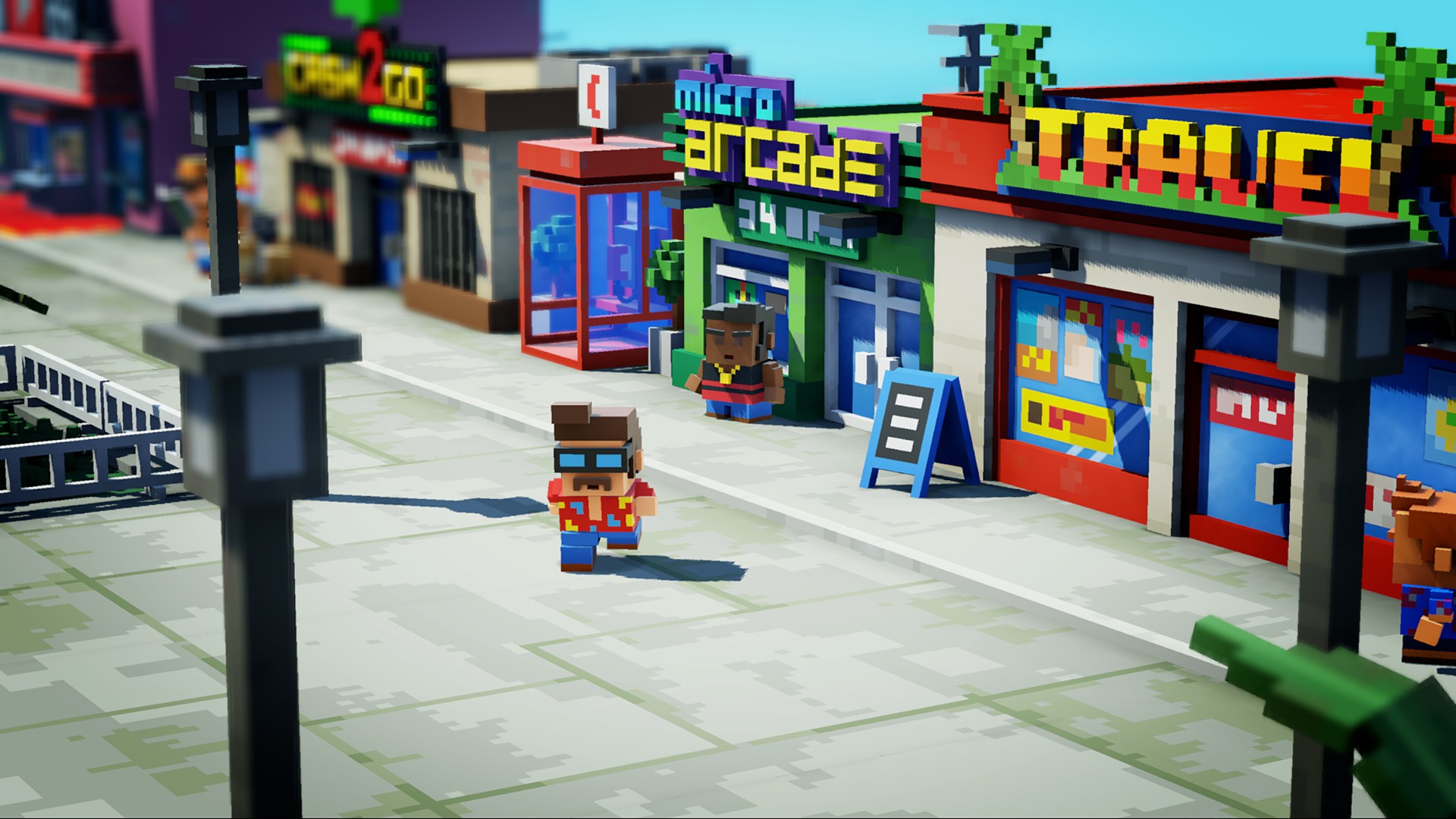 That’s what’s fun about The Touryst – the premise is a holiday setting and doing what most people do; explore, play games and relax. There’s no urgency in the game, and there’s an element of tranquillity by running around, solving a few puzzles then sitting on a sun lounger. It’s hardly Red Dead Redemption 2 level visuals, but for what it is, I personally found the visuals refreshing. I also felt a bit mental that I was playing a game, sitting on a ledge watching nothing happen. Not much is happening in the areas you go to – maybe a few people to interact with or a couple of challenges, but mostly they are small self-contained locations – except for the island with the arcade. The name escapes me as I type this – I think it was Leysure Island. By the way, all the ‘i’s in The Touryst are swapped with a ‘y’ – hence why my spellchecker is going nuts.

Simplicity is on the surface, and everything is kept to a minimum. Infrequent sound effects, little to no score and controls that are initially straightforward. The controls at first are the left analogue stick for movement, the right for the camera angles. I have to say that the camera positioning is one of the best I’ve experienced as there was seldom an occasion where I couldn’t see what I was doing. Even some of the best games have moments of invisible walls or conflicts when your character drops a level. The Touryst handled it like a pro. Ideal for taking snapshots with your in-game camera and also via the Nintendo Switch screen capture option so show off some of those scenes. That said, when you unlock new skills such as the dash, I started to question my patience levels as some of the platforming sections became problematic, and the controls here were a nightmare.

With each island comes a new monument (though not every island), and with that a new puzzle to solve. For the first few areas, the puzzles are so simple that the time it takes to solve them is a doddle. For example, you walk in the room, size up the challenge and come to a resolution within a few seconds. At first, you feel superior, then you start to question whether the game is just too easy and will be over in a few more minutes. Then you get to an area where you have to jump chasms in the dark while the platforms are moving. These sections are tiny, but should you fall down into the abyss, you have to restart. There are no deaths or health in The Touryst, and generally speaking, there aren’t that many times you have to restart the area, but when you do, it’s frustrating. The place I got held up involved throwing glowing blocks to the other side of the platform so I could see where I was jumping. As it was a dash jump challenge, I was already struggling – more so that you can’t change direction mid-jump or know where you will land. I eventually did it, but a little less zen afterwards. 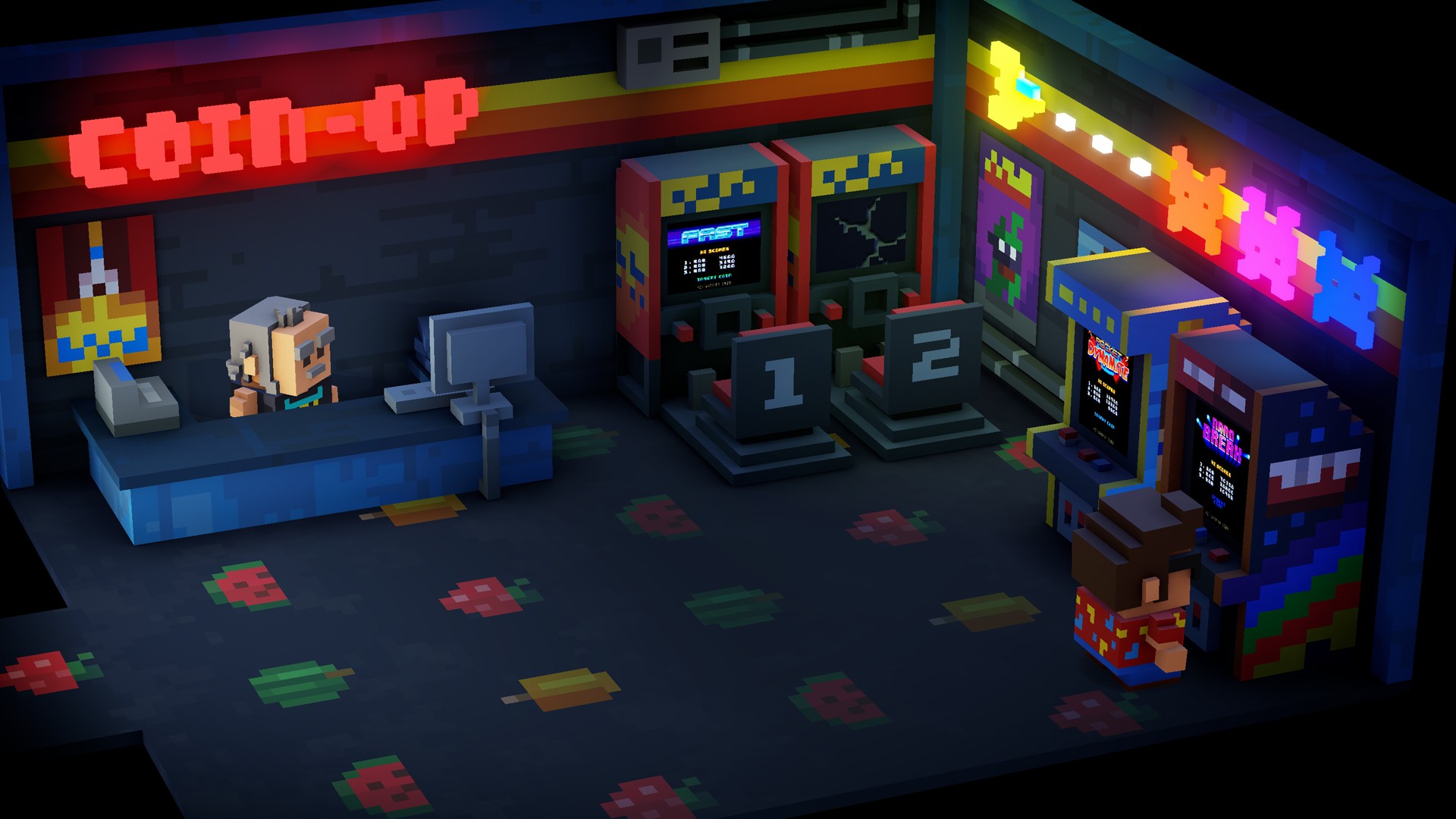 The visuals are great. It bears a resemblance to games such as Crossy Road, only not an isometric view and there are no roads to cross. Everything is simple, but eye-catching – making a change from the amount of pixel art titles – The Touryst is a 3D world. Unrelated to the gameplay, the game uses a toy filter. The top and bottom of the screen is blurred, and the centre is sharp – giving the illusion of depth. I haven’t really seen this sort of trickery in a game of its type before and loved the effect.

Don’t be fooled by The Touryst’s simplicity. For the first hour or so, I thought that I was nearing completion, but little sub-quests or mini-games started to pop up, and I found myself further down the rabbit hole and further from completing it. Which is a good thing. I don’t want to complete a game in an hour or so. While I like the nature of some Nintendo eShop games with their pick up and play model, I still want something to occupy my time. The Touryst isn’t on par with a game such as Assassin’s Creed in terms of depth, but it is a little more than a couple of hours dashing around an island.

A seemingly simple puzzle/exploration game that offers a good variety of mini-games. Though it won’t keep you occupied for an endless amount of time, it’s quick to pick up and get stuck in.

The controls, while basic, can be fiddly
Bigger than first anticipated, but still a short game
Would have benefitted from a two-player mode