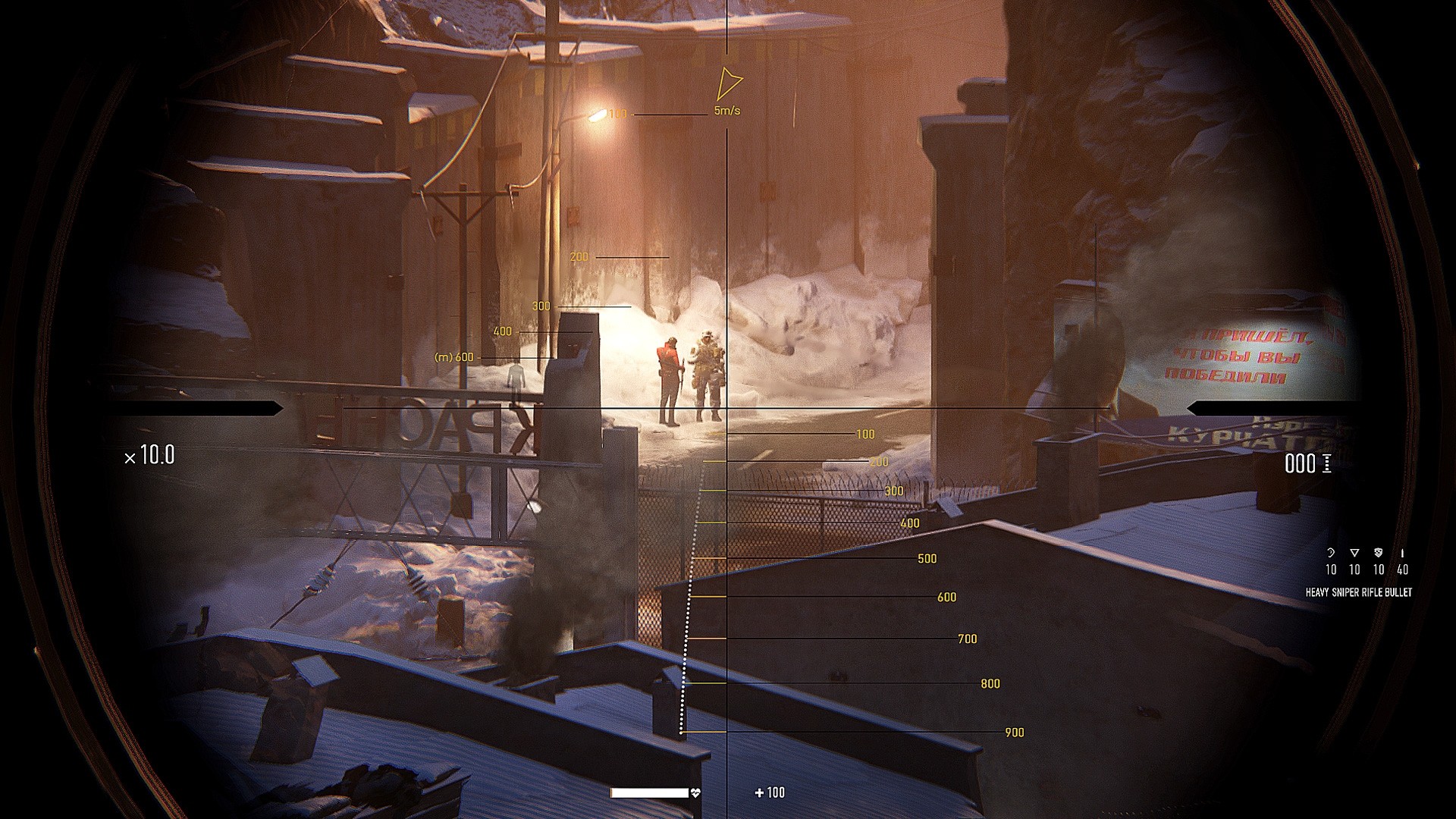 To some of you, City Interactive, or rather CI Games, may be the new boy on the block, as the publisher/developer in question has only started making a name for itself in the western markets in the last decade – or so. However, when I was growing up, the City Interactive brand was all over the industry, within Central Europe. But the company’s beginnings were much more humble than it is in today’s international stature and within its early days, it was a self proclaimed king of budget games; as the vast majority of its releases was retailing for literal nickles and dimes. Instead of plastic cases, those games came in thin cardboard sleeves, without much fanfare.

As the industry began to grow, so did the expectations and ambitions of the company and in 2010, City Interactive released the first instalment of the Sniper: Ghost Warrior franchise. This time, CI Games didn’t limit this just to Central Europe, but went all out releasing its title across the entire globe. Sniper: Ghost Warrior was rather successful and it was quickly followed by two indirect sequels. However, the more copies the franchise sold, the bigger were the ambitions of City Interactive and with time, the franchise became over-bloated, and in some cases even barely playable. This forced the company’s hand to turn from major AAA development to smaller scale, AA video games. The once, 150 man strong development team shrunk to just 30 people, and turned from grand open world adventures, into more linear level based games and the first of its efforts, after the rather harsh reconstruction, has been released in the form of  Sniper Ghost Warrior: Contracts.

Sniper Ghost Warrior: Contracts, in many ways, is very similar to IO’s most recent Hitman titles, as it is played out in form of titular contracts which take place in continuity; meaning that the second contract is not available until you finish the first, and so on, and so forth. However, each and every single contract also features numerous sub-contracts, but those do not have to be completed in order to finish the level, as in the spirit of long-range assassination, all contracts only require you to dome the target(s). This means that you can reach the quote-on-quote final credits within a couple of hours, but that is only after you have become proficient enough with title’s gameplay mechanics and most importantly, the contracts themselves. 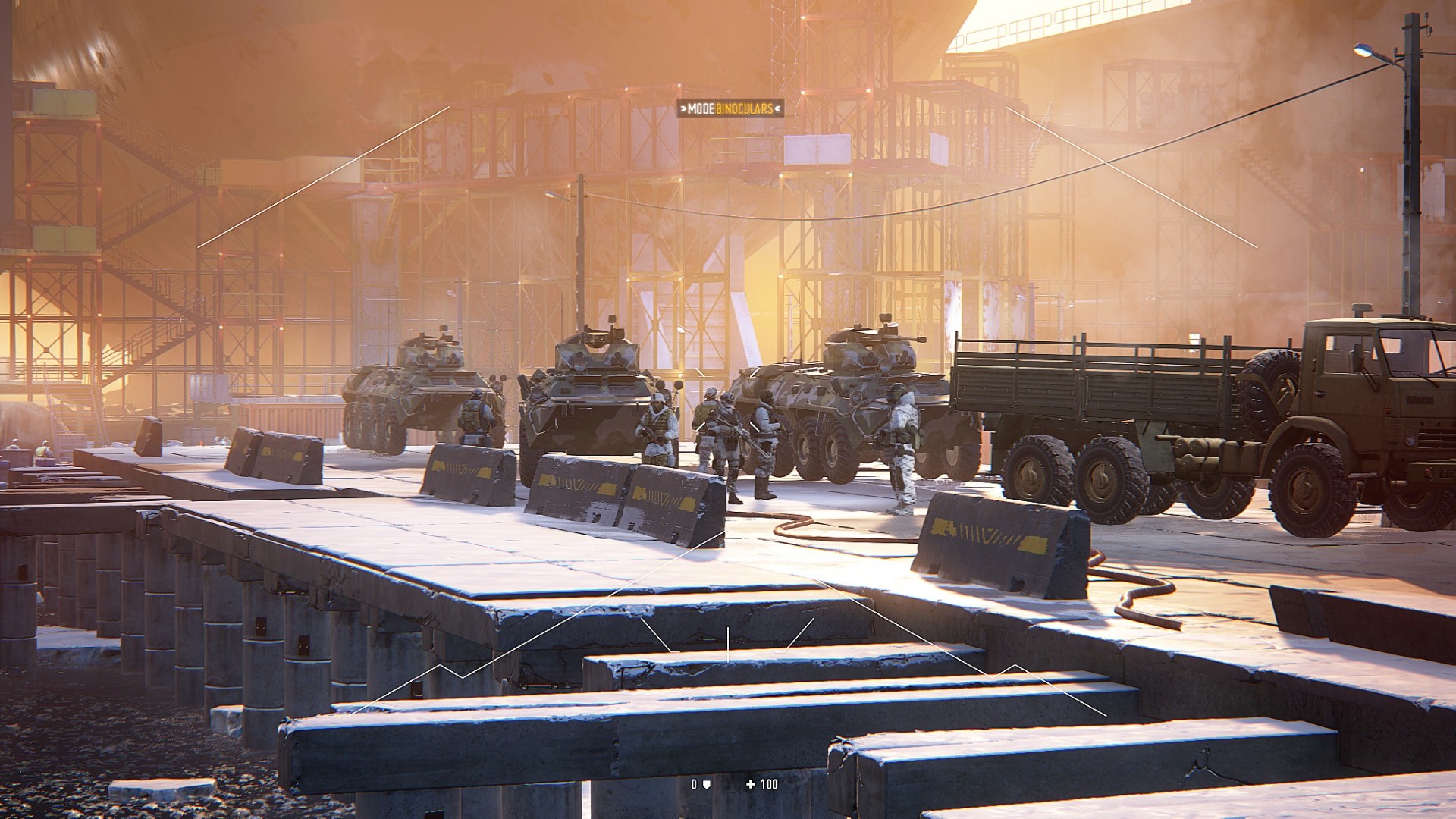 On your first playthrough, it will take you anywhere between two to three hours to complete each level, depending on how deep you are willing to delve in, as in order to complete all the contracts, challenges, and bounties, you will have to spend a good twenty-to-thirty hours within Sniper Ghost Warrior: Contracts. This is more than acceptable, as Sniper Ghost Warrior: Contracts retails for just £30. So technically, you are bound to get at least one hour of entertainment for each pound/dollar you have spent on the game. However, due to the open nature of the in-game levels, they all can be approached and completed in a plethora of different ways, so if you want to discover absolutely everything, you will need at commit at least 40 to 50 hours of your spare time.

The open-ended nature of Sniper Ghost Warrior: Contracts comes with a lot of benefits, but it also opens the door for exploits, which can both ease your progress through levels, or completely by-pass some of the encounters. For example, within the very first contract, after you have killed the target and completed all the objectives, you have to proceed through to ex-filtration. If you were to follow the same route out you have taken while entering the compound, you’d notice that the guard activity has increased, and in order to avoid all hostiles and cameras, you need to take one, very particular route – which happens the come to a dead-end. However, due to the title’s open-ended exploitable nature, the fence which blocks your way can be easily jumped over, with the help of some of the rocks which lie just beside it. And no, these have not been positioned there on purpose, as the fence in question, is not scale-able unlike others, so its clear purpose is simply to impede your progress.

If this was a completely linear experience, I could sit here and complain how a lack of thorough play-testing has resulted in a exploitable game, which has becomes much less enjoyable than it would be otherwise. However, in the case of Sniper Ghost Warrior: Contracts, the exploit-ability actually elevates the overall experience, as it gives it another dimension, which allows you, the player to get one over on not just the AI, but the game as a whole. Ultimately, it allows one to explore his/her creativity on each and every step of the Sniper Ghost Warrior: Contracts journey.

Within the above paragraph, I have mentioned in passing getting one over the in-game AI. However, while some could consider exploiting the environment as a form of cheating, then within Sniper Ghost Warrior: Contracts it is all fair game. This is mainly because of the fact that Sniper Ghost Warrior: Contracts cheats constantly, even on the lower difficulty levels. Whenever you miss a shot, the enemy, and all his comrades instantly know where you are and laser you down with an inch-perfect precision. Also, even if you happen to make the shot, and it happened to be witnessed by another enemy, then the alarm is instantly triggered and all the enemies converge on your location. 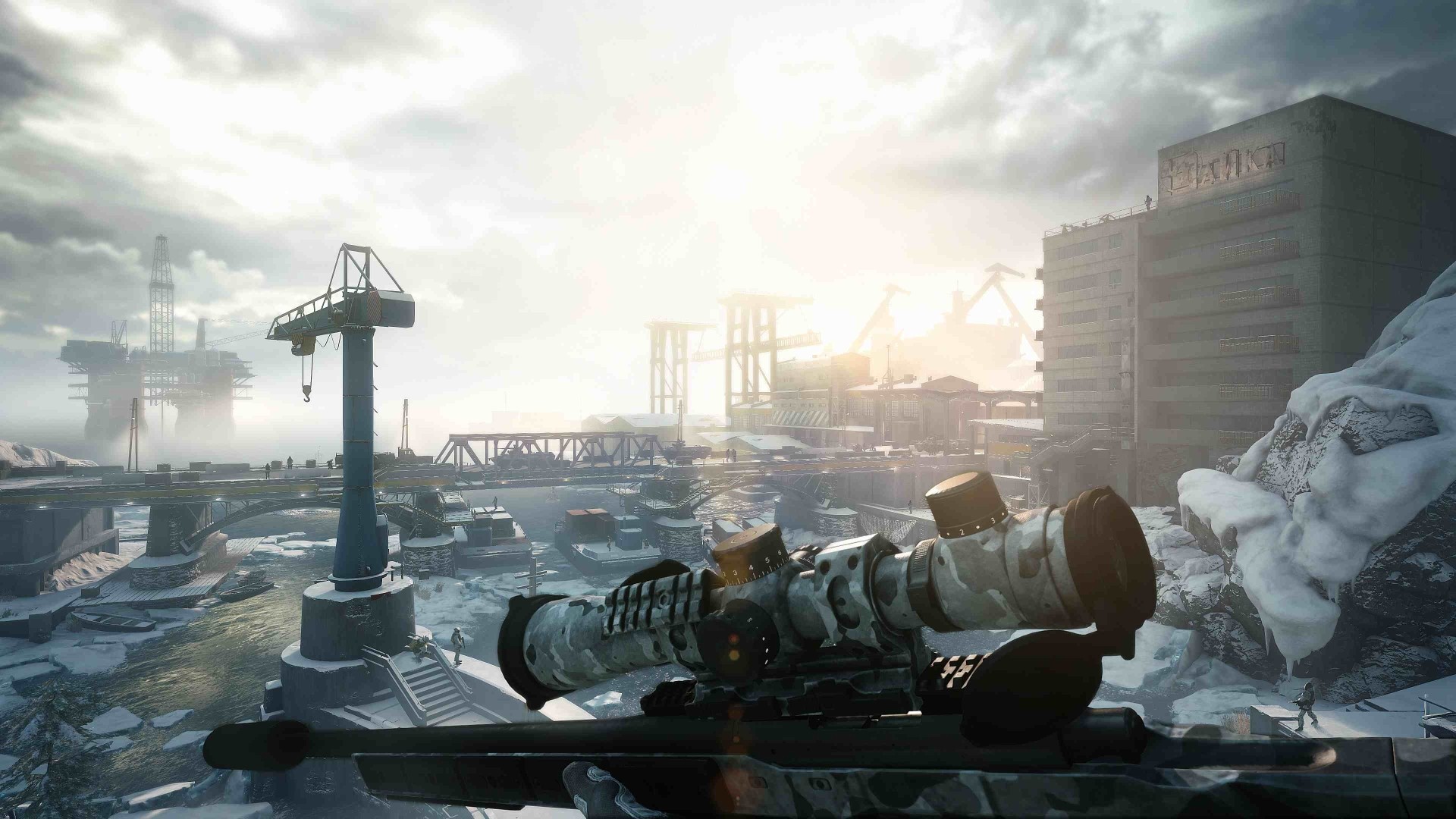 Sniper Ghost Warrior: Contract’s AI, can be a little painful to experience, but thankfully, CI Games is clearly aware of the AIs shortcomings, and whenever an alarm is risen, it only affects the hostiles in your close proximity. Meaning that once you gun them down, you are free to proceed as normal. Sure, this may feel a little cheap, but it gives you a room to breathe, and is not forcing you to restart a checkpoint, or even a level, as soon as you misplace a single bullet. Since we are on the subject of saves and checkpoints, then it has to be underlined that on consoles at least, Sniper Ghost Warrior: Contracts does not allow you to make manual saves, meaning that you are constantly at the mercy of auto-saves and at times, an auto-save can place you mere meters from where you have failed, or kilometers, and it all depends on whether or not the title has decided to auto-save for you.

Auto-saving, while in the wild, can be a little inconsistent. However it works perfectly fine when within compounds or points of interest. But what doesn’t work as well when inside such, is the gun-play. When taking mid-to-long range shots with one of the title’s many sniper rifles, Sniper Ghost Warrior: Contracts is simply superb. It features a plethora of types of munitions, bullets are affected by distance, wind , and gravity and the bullet-cam which follows all more outlandish shots, is simply a joy to experience. However, once you switch to your secondaries and side-arms, the gun-play does lose a lot of its flair. The finesse goes quickly out the window, and the poetic, highly enjoyable long-range combat, turns into a chaotic mess, which is accompanied by rather lacklustre gun-play.

Rifles, shotguns, and side-arms are clearly meant to be nothing more than a last resort arms, but considering how much effort City Interactive has put behind all the different weapons and attachments for such, makes them all that much more disappointing. After you’ve pumped 100,000 dollars into a brand new rifle, and all of its attachments, the last thing you want it to be, is basic and unsatisfying. This can be a little more painful, as many of the title’s upgrades and attachments, require you to invest not just money but also intel and as it happens, intel is much more difficult to come by, and is shared across all weapons. After you invest all your intel into a secondary weapon once, you will most likely not do it again, because doing so is simply a waste of resources.

All in all, Sniper Ghost Warrior: Contracts is a tremendous improvement upon its direct predecessor. The long-range sniping is still superb; stealth, while not perfect, works much better than within the previous instalments; and the overall performance is leagues above the one of Sniper: Ghost Warrior 3 which at best was a slideshow, and at its worse was an unplayable, ever crashing mess. However, this does not mean that Sniper Ghost Warrior: Contracts is a perfect game, by any means. It is a step in the right direction, but not much more than that. There are clear improvements, but with its lacklustre CQC gun-play, inconsistent voice-acting, and a rather basic plot, it still has a long way to go to match Hitman in both significance and stature.

Sniper Ghost Warrior: Contracts is superior to its predecessors in every way imaginable and while it is not on par with Hitman just yet, then the series is clearly heading in the right direction.

Sniping Feels Better Than Ever

Wide Range of Weapons and Equipment

CQC Combat Leaves a Little to be Desired

Voice Acting is a Little Inconsistent