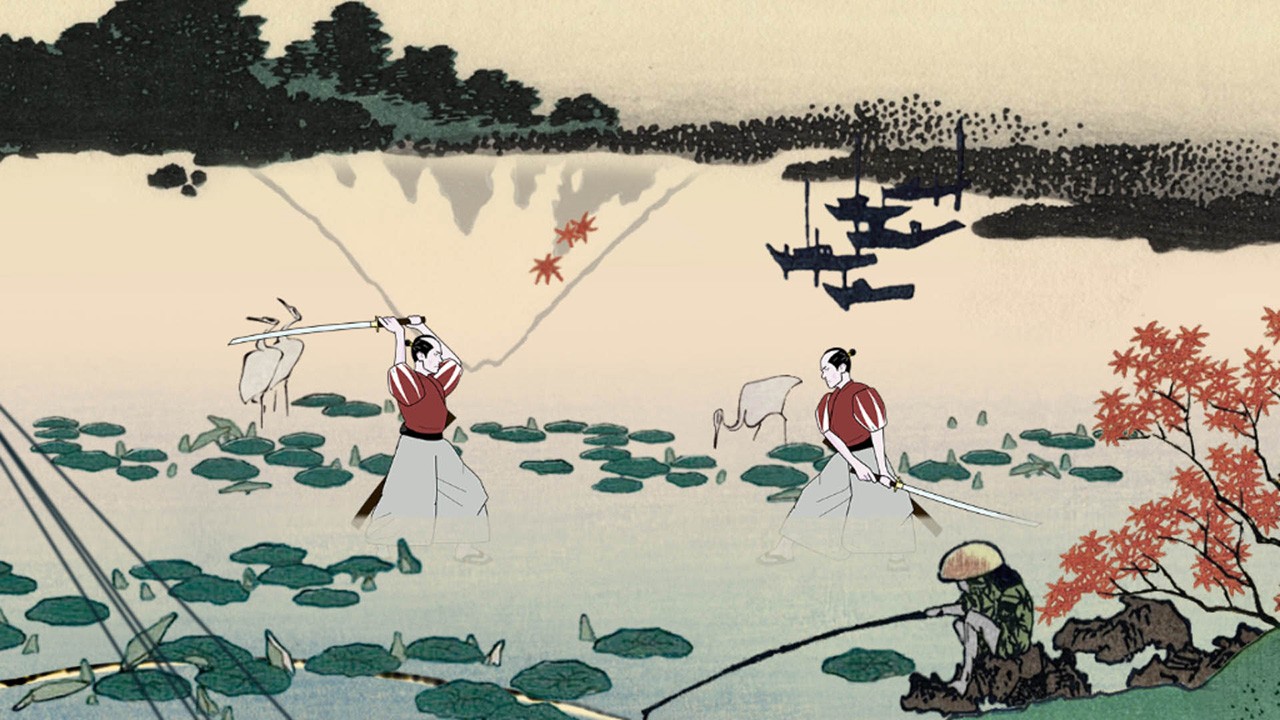 Kiai Resonance has been out for some time now, and perhaps you’ve come across this on the Nintendo eShop. As a beat ’em up fan and having a bit of an interest in samurai culture, I thought this would be a bit of a winner. Regrettably, it wasn’t the game I had expected.

In Kiai Resonance, you play a samurai warrior up against an opponent of the same class. Much like traditional swordplay or even kendo, you have a series of stances to get into, to execute a well-timed attack. There are no health bars or power-ups, it’s one hit, one kill as it should be in this scenario. Equally, there isn’t any story to follow or any characters, weapons or locations to unlock – everything is as it is from the outset. That means easy access, but you’ll soon be acutely aware that Kiai Resonance lacks quite a bit – especially when compared with other fighting titles. Granted, Kiai Resonance isn’t exactly the same as Street Fighter II or Tekken 7. 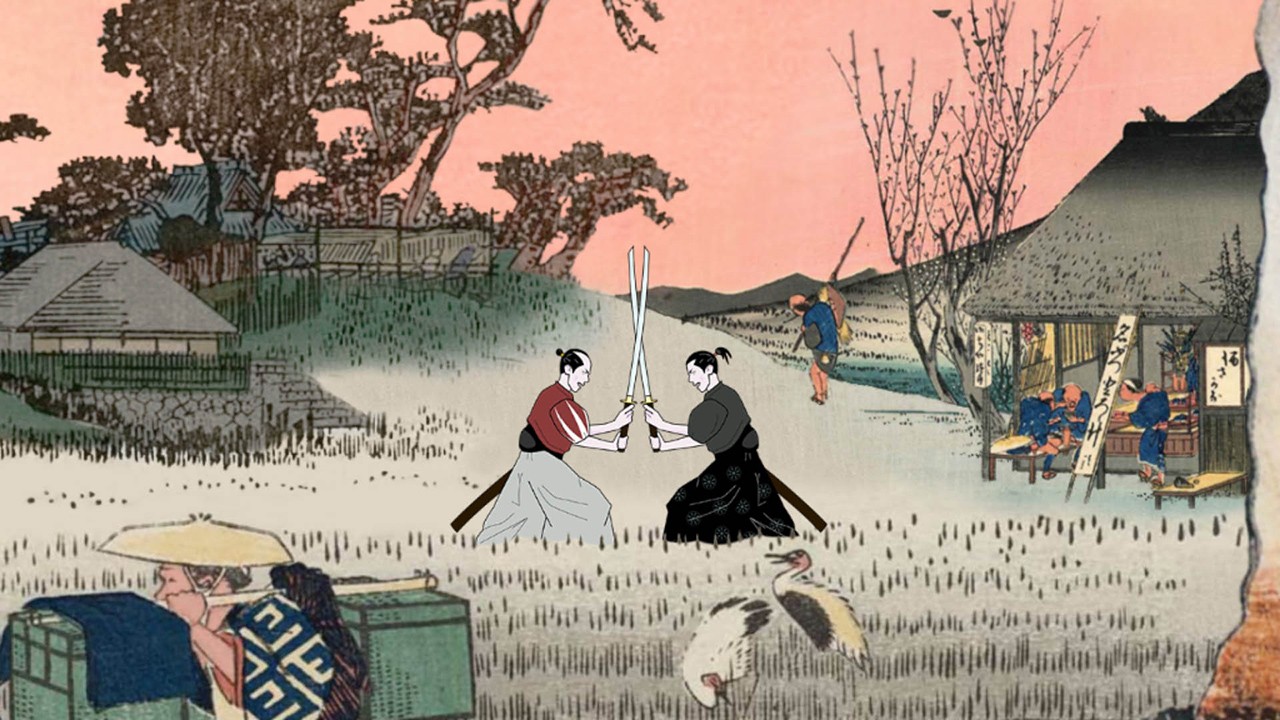 However, the pleasure that is video gaming is you can either have something that borderlines as a simulation, alternatively, a title that is so far-fetched you start questioning reality. With Kiai Resonance, it’s more of a simulation rather than a full-on button-bashing arcade fighter, so if that’s more your thing, give this a miss. For those with a bit more patience and feel they were born in the wrong era and very much living the life of the bushido code, it will tick some boxes, but leave most of them blank. So when I say simulation, what I mean to say is it’s realistic. There are no statistics to monitor, strategies to implement or a rigorous tutorial to complete to learn all the moves. It’s completely stripped down. That also means you can have a quick game almost immediately.

In terms of appearance, it has a look and feel of feudal Japan. The colours match what you would expect of the time, and the backgrounds resemble classical art. Very nice, indeed. The characters look the part too, but as a static image – not animated. I found the animation to be very sluggish. No doubt it was designed that way to give the impression of an animated art piece, but as a game, it’s frustrating. Your samurai will move either left or right, but there isn’t the option to duck or jump. Blocking is there – in fact, you’ll find you’ll clash swords more as you anticipate your opponents move. But if you’re looking to make a quick attack, you’ll be out of luck. As the players approach one other, it’s almost in a tip-toe fashion, but this is the nature of the fighting style. However, press the attack button and chances are you’ll come across some lag, and that is incredibly frustrating. It’s not an online game, and it’s far from an intensive graphical behemoth – I couldn’t understand the slowdown other than it was made this way. 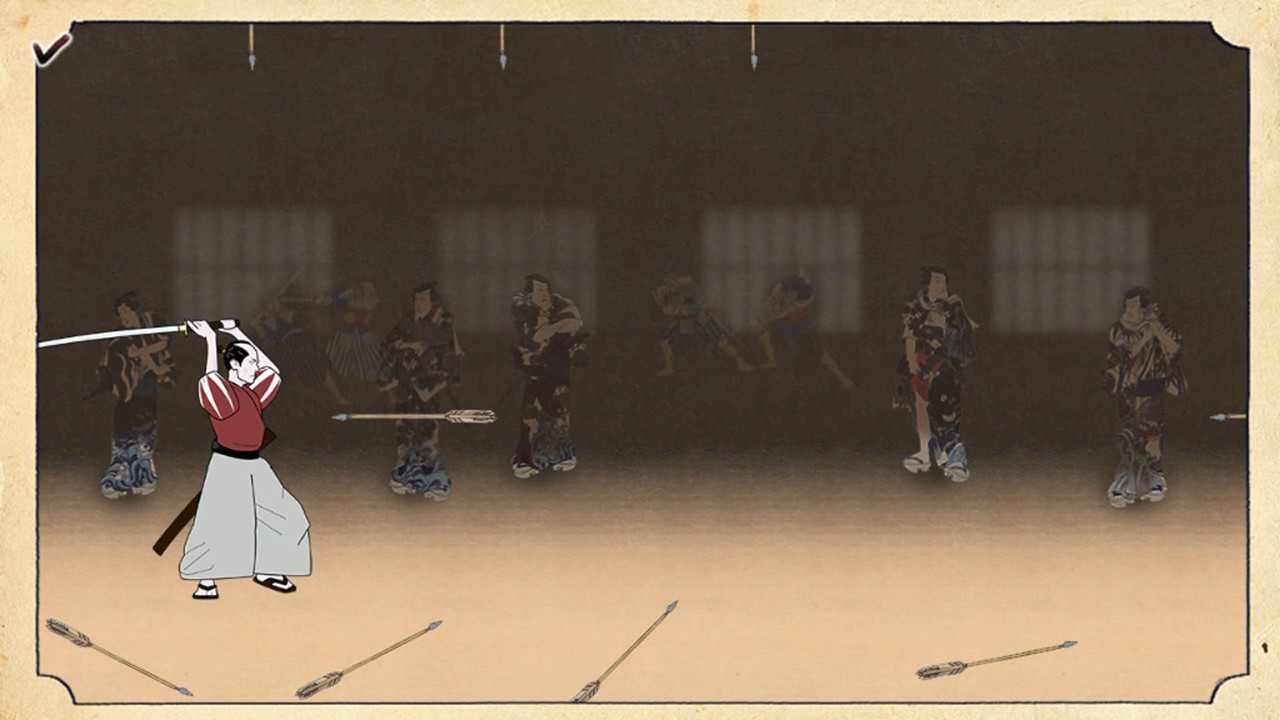 The sound is minimal – again, this is ideal if you’re to build up tension for a duel. It just never seems to get there in terms of tension and excitement. You can battle it out over a round or more from the settings and choose one of two characters. Apart from changing where you fight, there’s nothing else really to do. There’s no story, no character development or features that make you want to play this again and again. It depends on who you play with though. If you have a mate who likes to pull off a sonic boom or shoot projectiles continually, they’ll be out of luck and likely to be bored with this. Kiai Resonance is more for those who’re happy to wait and time their attack but only need to get in the appropriate stance and not have to worry about pulling off a complicated combo. Should you find another person with those attributes to play Kiai Resonance with you, then it can be a bit of fun, but it doesn’t last as there isn’t enough variety.

Without any story progression, new characters or bonus modes, Kiai Resonance feels very light, and I was somewhat disappointed given the potential. A similar game that got it right was Bushido Blade back on the original PlayStation. At the time I remember most people wanted to play Tekken 2 instead, but as I scroll through social media posts and YouTube Let’s Play videos, there is a lot of love for the title as it was relatively unique. On that basis, Kiai Resonance could have appealed to those fans, but I feel that it missed out somewhat. Perhaps if there’s a patch or DLC in the future – including a few more characters and possibly a weapons system, it could give it a bit more potential, but the fundamental gameplay may put you off.

As much as I want to say that this is a great concept and enjoyable to play, regrettably I have to say that it is lacking quite a bit. In the current state, it feels more like a demo than a complete game.