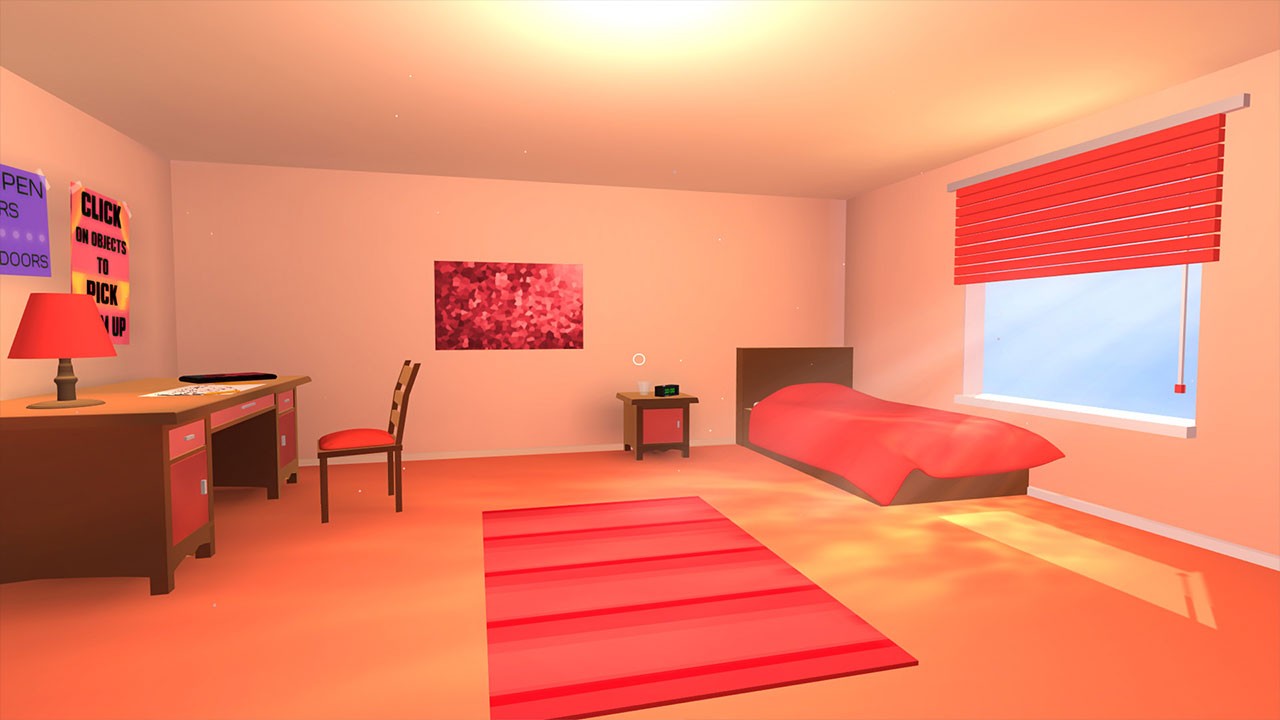 It’s incredibly cool and interesting that we’ve started to use video games in such dynamic and diverse new ways. Sure, they’ve been entertainment forever, and they even go beyond traditional entertainment. Video games have acted as sequels or prequels to fantastic television and film franchises, and they’ve been able to convey certain novels in ways that celluloid media failed. Video games have also become a great way to learn and study, not just in the traditional Carmen Sandiego sense, but in explaining concepts that might be a bit nebulous otherwise. In recent years, video games have become an interesting vessel to help explain and convey matters of mental health, ranging from the intense Hellblade, to the traumatic Actual Sunlight, and the intensely compelling Night in the Woods. Showing the diverse palette of mental conditions and how people react to them is both important and fascinating, though, arguably, it can be a difficult at times. One only has to look at Drowning to see how a good message can be lost in a clunky presentation.

With Fractured Minds, a solo-developed game to explore the concepts of anxiety and mental health, the message is very clear from the very beginning. As a character who wakes up from a nightmare of something foreboding looming over you, the task of completing the six puzzle stages in order to essentially live your life is a very real and serious parallel for many. From the very beginning, the presentation is clear: it takes place in the first person and asks you to try and simply get out of the cage you are presented with (trapped in your bedroom, hidden within a snowglobe, locked in a furnace of your own heart) in the most interesting way possible. Despite my strict “first person games make me sick” clause, I was able to get through this title without experiencing too much discomfort, namely because it was so short. I’m not exaggerating that you can clear all of the puzzles in the time it takes you to get to the third floor of a run of Immortal Redneck. Granted, the game naturally retails for under two dollars USD, so the publisher and the creator, Emily Mitchell, aren’t being unreasonable in the ask, and seem to know where the line is for content expansion versus concept. 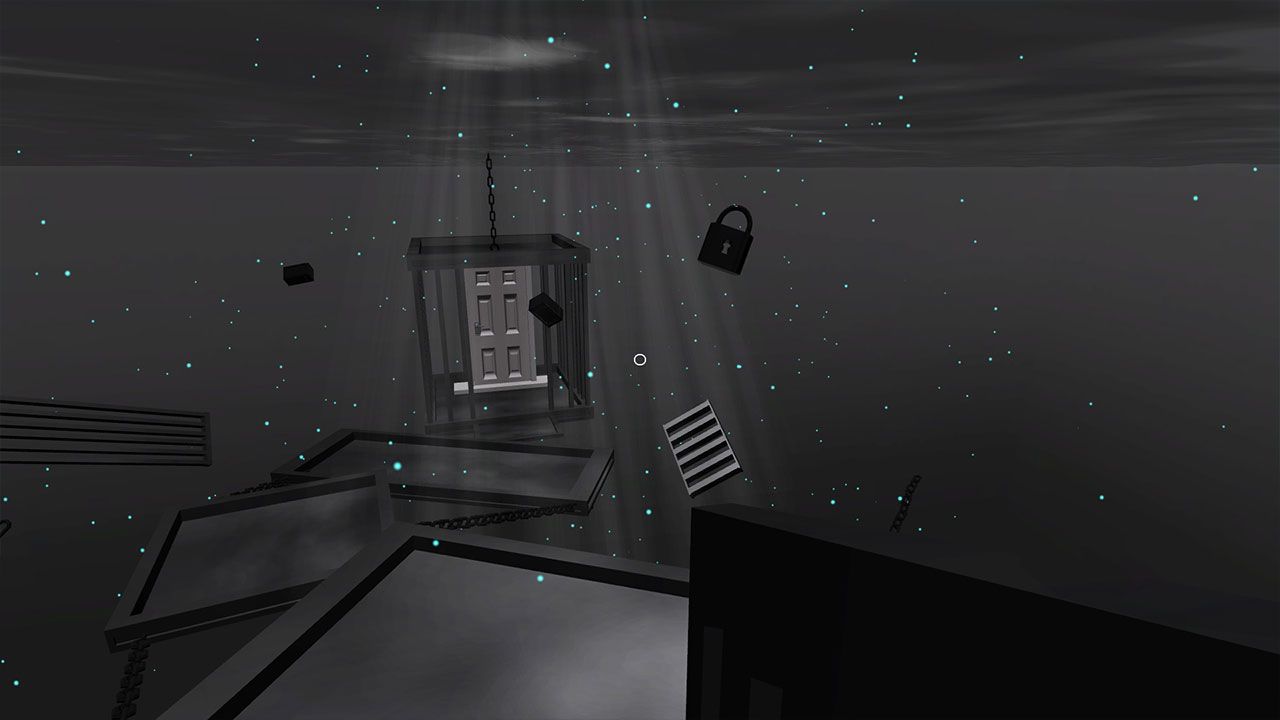 Control-wise, Fractured Minds is pretty straightforward and mostly works well. Presented in a 3D, FP environment, you mostly just interact with the things before you, from opening doors and grabbing keys to toggling valves and grabbing batteries. You’ve got a floaty circle that acts as your crosshairs to target certain objects, and popup text lets you know when something can be interacted with (open present) or not. There were some issues with spacial reasoning, especially in the fifth puzzle where you have to avoid a sweeping red light, and I often felt I was well outside of the beam when I would get dinged and penalized. Still, the job gets done in one form or another, and I can’t really complain about how the game worked with me in the overall sense. It got things done, and that’s all I can really ask for.

The puzzles themselves are fun, and I appreciate the way Fractured Minds lets you in on what to do bit by bit. With the first puzzle, you might drive yourself slightly mad trying to find the right key before the game clues you in that things on the wall can be moved. The pattern puzzle in the fourth chapter (or third?) was clever and took me a moment to figure out since I kept getting hit by cars, which was incredible because I was on the crosswalk every single time. Some of the puzzles, arguably, are too easy: I was done with Comfort Zone before I even realized what was happening, and that can be a bit off-putting. Then again, it could be a clever nod to the idea that we can only exist in our safe spaces for a moment at a time before being thrust back into the cold, sometimes cruel world outside or in, whether we want to or not. 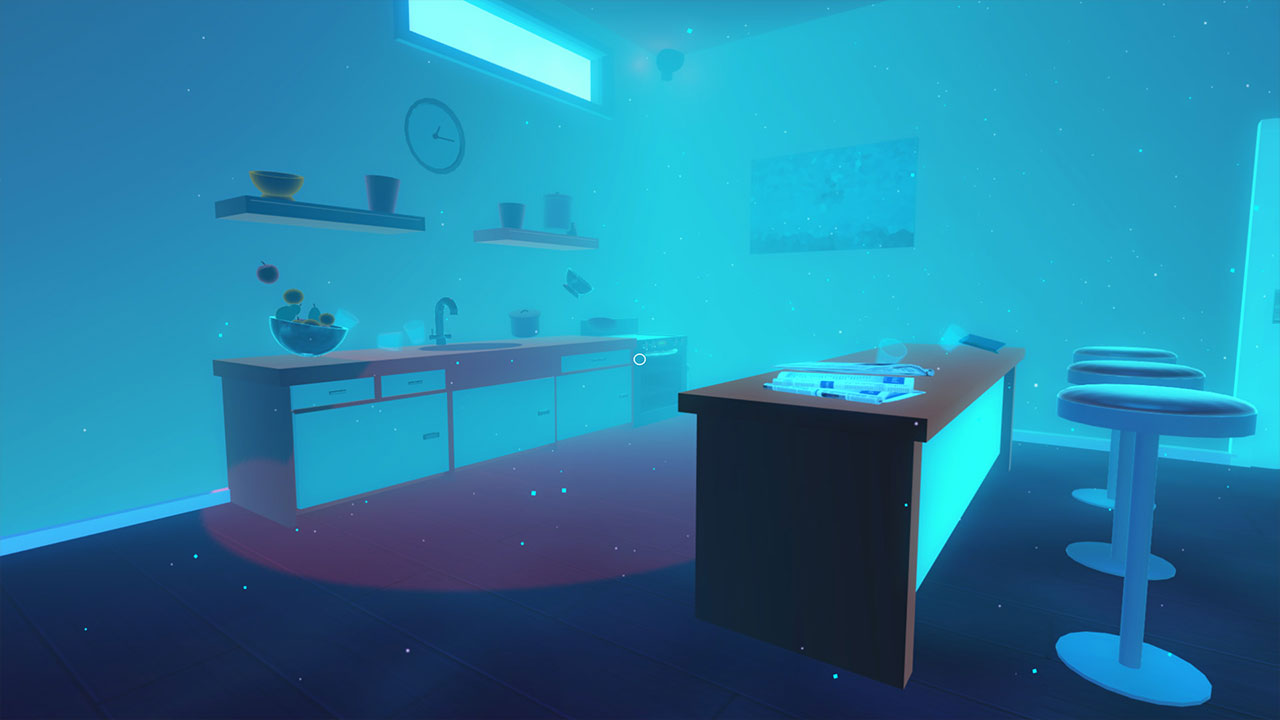 Something like Spec Ops: The Line does an amazing job of taking a serious narrative and drilling it into your head through some intense gameplay and moments that stick with you forever. With Fractured Minds though, there were moments of cartoonish disconnection that removed a bit of the harshness for me. After the birthday party segment, you walk down a hall with childlike scribbles on the wall that give you a properly creepy vibe, but there’s no payout afterwards. The manifestation of your anxiety really comes at you in the sixth puzzle, but I seriously walked inside of it and just hung out there for a moment to see what happens. Nothing happened. He was just improperly mapped and I could hide under his dark robes. I honestly and truly get what the dev and the cavalcade of labels at the beginning of the game want to bring here, but, for me, it just doesn’t land in the way they want it to.

BAFTA gave a nod to this game and the criticisms all laud the message being delivered. For me though, there was something missing here, and I think it was the rest of the game. If there was a bit more cohesion between the chapters – some variation of exposition by Emily herself – it would have felt more personal or relatable. As it is, there’s six disjointed puzzles that range from interesting to boring, and then it’s over and I guess that’s all there is to it. However, a lot of people are applauding the title because it actually does a good job of conveying anxiety and expressing those feelings and for that alone, makes it worth investigating.

While a great concept at the core, there is so little to be gained or learned here that time would be better spent reading or talking to someone with anxiety.