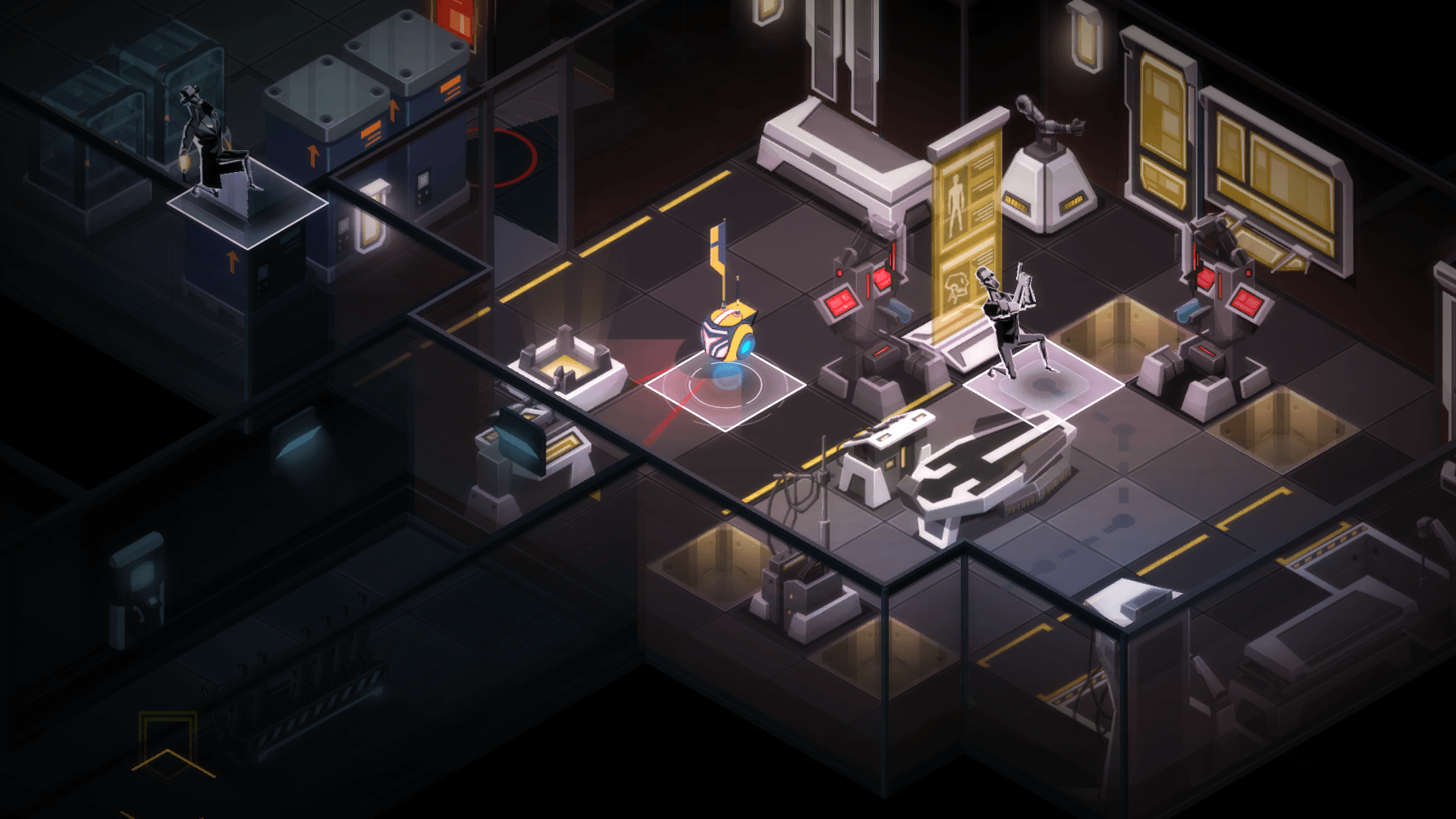 Released on PC in May 2015 Invisible Inc. was a welcome addition to the strategy game scene combining turn-based strategy, stealth and roguelike traits in this futuristic tale of espionage. Critically it received plenty of praise (I awarded it 8/10 here at Bonus Stage) and generated a loyal fan base of players who relished it’s unique challenge, although several did point to it’s relatively short campaign as a minor issue. Contingency Plan is the first downloadable content released and looks to add additional features as well as extending the core game.

Once downloaded Contingency Plan automatically integrates into the main game, introducing additional features to improve the existing campaign rather than an actual new campaign – much like Enemy Within did for XCOM: Enemy Unknown (although it’s important to note that Contingency Plan does require you to already have the original base game). I initially found this a bit disappointing as the roguelike nature of Invisible Inc. that requires repeated playthroughs means gamers will have already played through the campaign several times already, and I had been hoping for a new campaign possibly set in the early days of Invisible Inc. and it’s battle against mega-corporations.

However, early reservations aside Contingency Plan is clearly aimed at rewarding the experienced veterans of the original release. Invisible Inc. was unashamedly tricky, requiring a deft mix of stealth and urgency and in doing so provided a pretty hardcore challenge. As a moderate player I found the campaign harrowing experience on the standard difficulty as I scrambled towards the final mission, failing as often as I succeeded. The higher difficulty settings didn’t seem feasible to me, although at least with Endless Mode I could accept I was never supposed to win! However it seems there were plenty who delighted in this level of difficulty, playing through again and again through it’s procedurally generated levels and it’s these players who will get the most out of Contingency Plan. 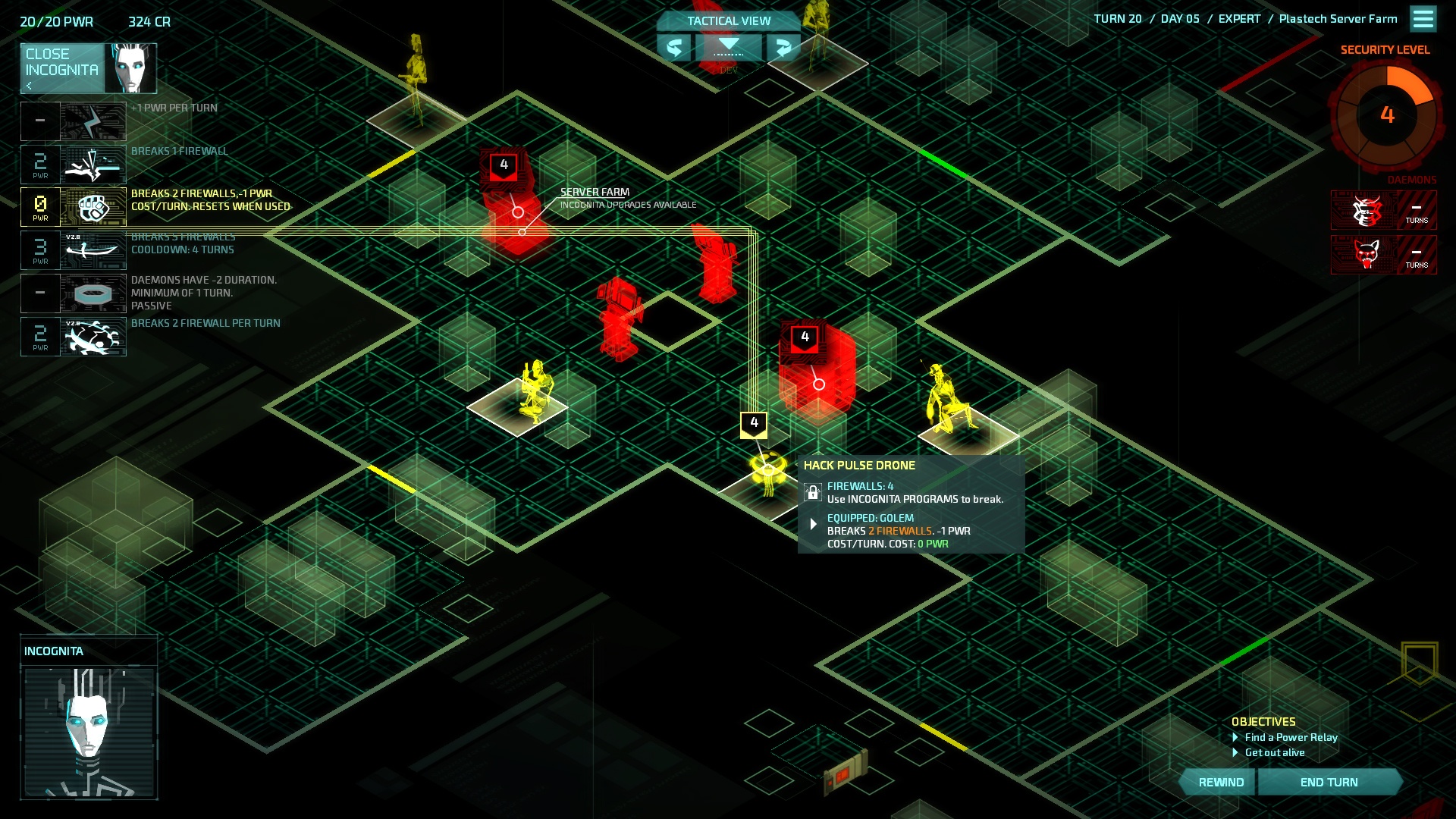 There are three main changes introduced by Contingency Plan – new starting options (with four new characters and two new Incognita programs top choose from), additional content in the campaign (such as new equipment, enemies and weapons) and changes to the structure of the campaign itself. The new starting characters and Incognita programs are the obvious feature to start with as they’re unlocked right from the off, and they are worthy additions. They’re suitably different to provide a different experience when playing, but their nature means they’re better suited to more accomplished gamers.

The new content similarly will most appeal to veterans who’ve seen it all before with a whole host of new items to play with, and the fact you’re only likely to be pick up a few of them in each run means gamers will be happy to keep on playing and extends the longevity. The new enemies and countermeasures in levels also provide an extra challenge which just seemed extra daunting to me, but will no doubt be lapped up by those pros looking for a new test. 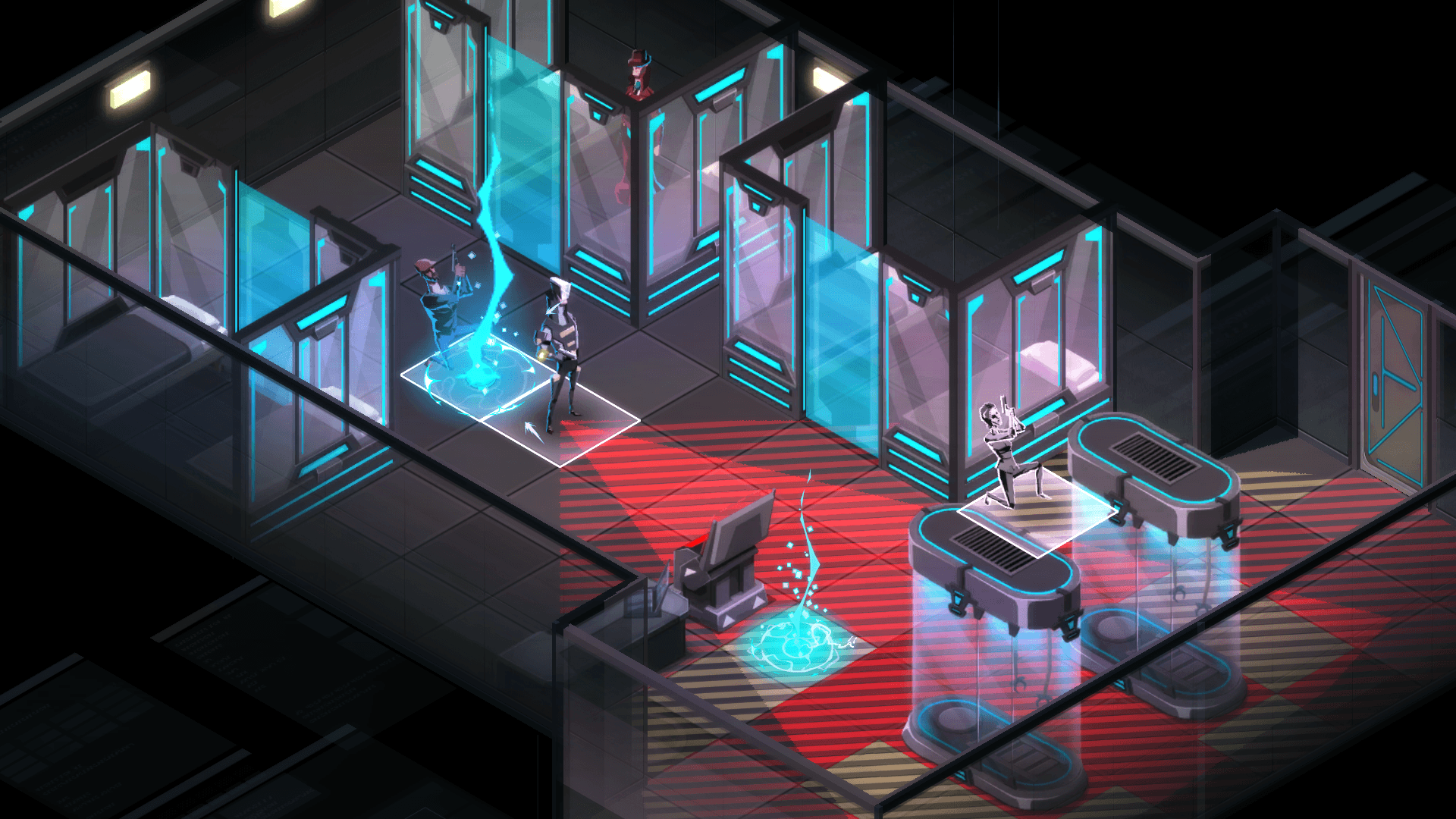 The real meat of Contingency Plan however are the changes to the campaign itself. One complaint often leveled at the original campaign of Invisible Inc. was how short the main campaign of. Many would argue that the short and tense campaign was just the right length, but developer Klei Entertainment has listened to feedback and introduced an extension to the campaign, included a substantial fixed mission towards the end. Additionally, sub-objectives are now introduced into the randomly generated levels during the campaign which certainly adds more variety (or something else to worry about, depending on your point of view!) However it remains a shame that the final mission remains is still essentially the same and the ending hasn’t been built upon.

Avid fans of Invisible Inc. will really appreciate all the new content and I would be happy to recommend it to them. Klei Entertainment have obviously put in a decent amount of effort and credit goes to them for not trying to spread the content out over several DLC packs. However for more casual players the additions aren’t  as notable and although downloading Contingency Plan does provide the ‘definitive’ version of Invisible Inc. the changes aren’t quite as substantial as they could have been.