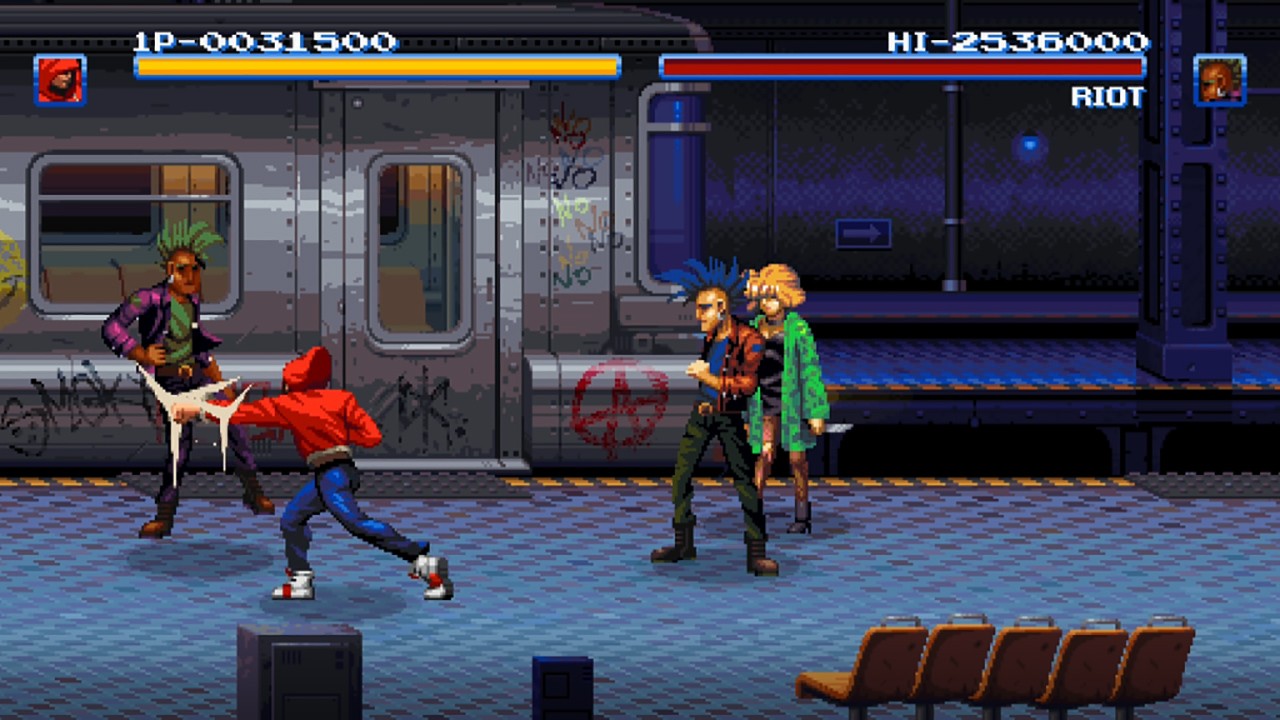 I think we all dream of the 80s stereotype that lives in the mind of the media and those who love to glorify what was ultimately, a pretty rad but still broken decade. I mean, hell, every decade had its problems, and the 80s was no different. But we don’t often see all the terrible elements of the time that birthed a certain flavor of music, aesthetic and video games. We love to romance and wax nostalgic, and I’m at least honest that I missed most of that era: I was a baby, but I refuse to lean into being a child of the 90s, because everyone else ruined that. Still, it’s hard to denounce all the influence the 80s has had on modern interpretations of cool, of retrofuture and brand new fusions of electronic music and sound. Hi-Bit Studios knew these ideas when they took to Kickstarter and undertake their grand love letter to the time of rad. Sadly, the project could not be encapsulated in a full, singular release, so the tantalizing tease that is 198X remains just that: a taste of what could, eventually, be a delicious meal.

198X is the story of Kid, a teenager growing up in the suburbs of nowhere, longing for some kind of change in their life with eyes glued to the horizon and to the mythical “City” where change and fortune is sure to be made. Over the course of the game, we learn a bit about Kid, but we learn it in disjointed snippets. Kid has lost their father, though whether to divorce, death or something else, we don’t know. Kid finds a fetching attraction to a girl in high school, though we don’t know if those feelings are reciprocated. The one thing we know for certain is that Kid is aimlessly wandering through existence until we wander into an underground arcade that’s built into the basement of an abandoned factory. Here, for the first time, Kid feels a sort of connection and attraction that’s more than a simple flash in the pan. There’s beauty and escape in these cabinets, and a sense of kinship with the other denizens of the Game Center. In a short amount of time, we see Kid begin to get lost within the games, blurring reality with electronic entertainment, and we’re left wondering: how much is a game, and how much is reality? 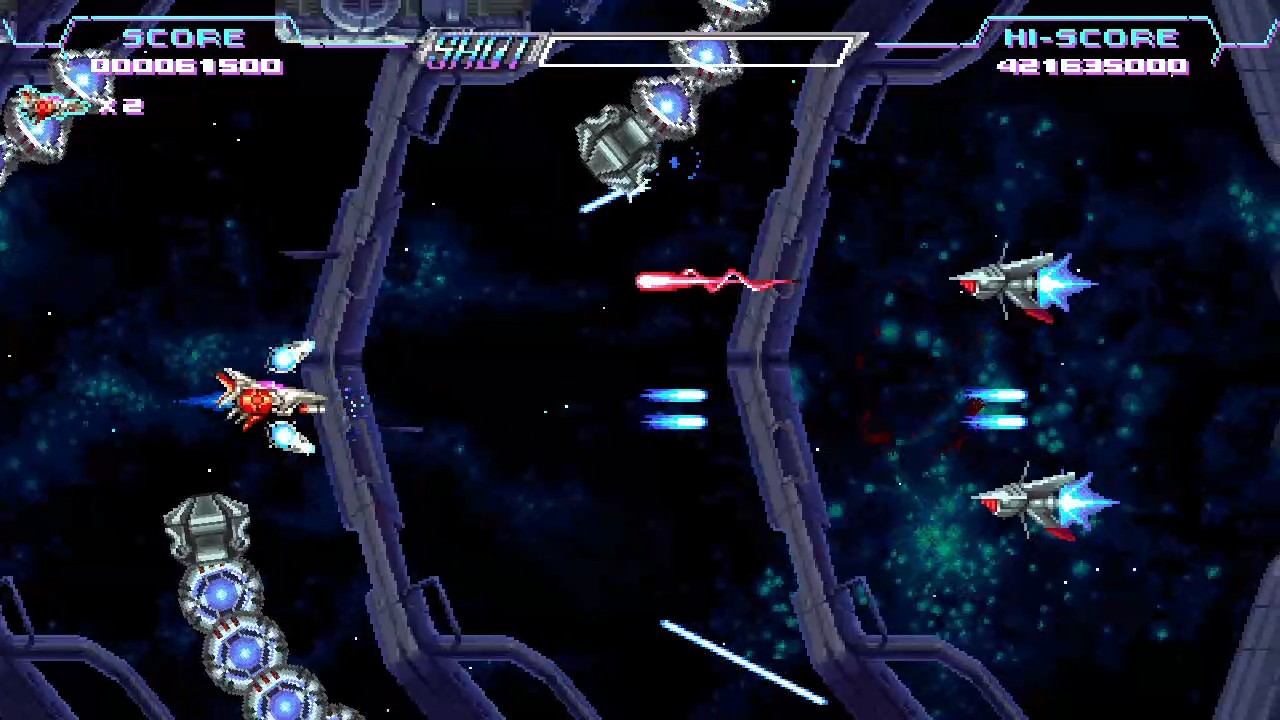 The presentation of 198X is simply gorgeous, and the aesthetic and pixel design cannot be understated. From the homage of games that Kid plays through to the cut scenes that render Kid’s existence in a pale, stark suburbia, I developed a sincere fondness for the pixel art style of this game. Hi-Bit Studios put a ton of love into crafting how this game looked, and it’s better accented by the soundscape that accompanies all of the rectangular, broken buildings and the polarizing flicker of neon light. Kid’s hoarse voice narrates everything that is going through their mind between the different scenes, painting a picture of a childhood lost, of hopelessness, of escaping into something magical that begins to devolve into addiction and dissociation. Additionally, the game is further peppered with an abundance of original synth wave music, encapsulating the important difference between home consoles and arcade releases of the time. The music sounds beautiful and works with a dynamic range of ideas, from grittier base lines to oversweetened trembles and straight into some Old East inspired tones for the Shinobi game and a fantastic, jarring harmony of bleeps for the final, wireframe dungeon crawl.

The games themselves in 198X are well constructed and fun, but all suffer from the same fate. Hi-Bit Studios is trying to keep two plates spinning at the same time: playing games and telling a story. As a result, certain choices had to be made to help weave together five different pastiche titles into telling this first chapter of Kid’s saga. The result is, as we listed up top, more of an appetizer and not something completely filling. When you start a new game, for example, you’re dropped immediately into the first activity, a Final Fight style side scrolling beat-em-up (called Beating Heart). The lack of preamble or even framing is really cool, and players will know, at once, to move, jump and punch anything that comes onto the screen. But then, after two screens and a mini boss, the camera suddenly begins panning up towards the city line while baddies keep coming, and then you’re no longer playing: you’re listening to Kid monologue about their life and their past.

You get into the games just in time to get kicked out of them. The R-Type influenced game (Out of the Void) was probably the most difficult, and even that was fairly forgiving by allowing you to take three hits before dropping everything and starting from the last checkpoint. The OutRun clone (The Runaway) only asked that you not purposely drive in the desert in order to succeed, and, once you hit the amazing cityscape to drive through, Kid starts talking and you realize that you’re back in Kid’s narration, and the game doesn’t matter. The Shinobi game (Shadowplay) had the most level variety, but I didn’t even realize you could move left or right until the third stage because it was the only way to really avoid these pits to leap over. Shinobi game was, as a result, my absolute favorite, offering some actual replay value in terms of just trying to set personal goal (don’t take a single hit) and getting through the stages. The final game, an old school Wizardry clone (Kill Screen) with some fairly decent enemy sprites, is the title that really shook me. Kill Screen straight up mixes in lines that Kid has probably been hearing from someone (potentially Kid’s mother, due to the “Motherboard” name for the big boss) as you hack and slash your way through. Simple commands like “DO YOU HOMEWORK” morph into something heavier with “YOU WILL NEVER LEAVE ME” upon getting knocked out by an enemy. It’s a tad hamfisted, but it works. 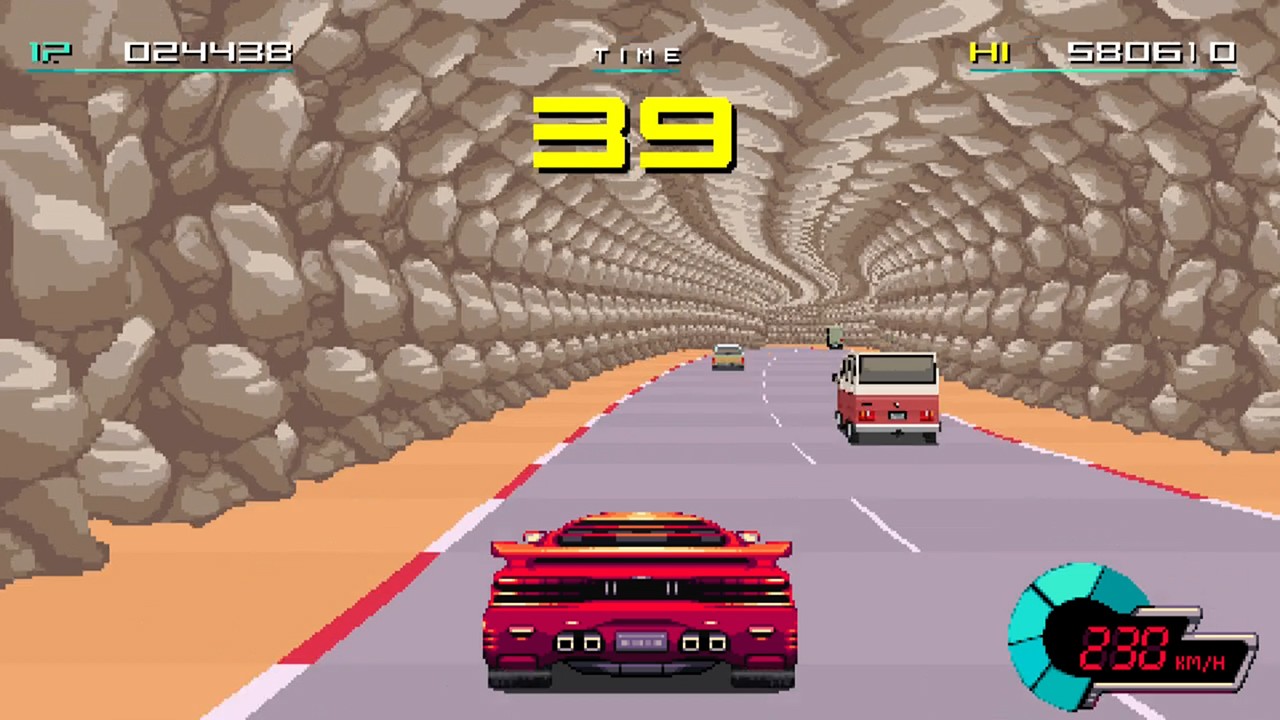 That’s the biggest problem, though: we build up to this moment though the games and then we have to depart because 198X part 2 isn’t ready just yet. Instead, we have it judge what we have here, and there are issues. The games are difficult to enjoy playing through in an isolated sense because they’re all interlinked through the story and you can only play a touch of them at a time. Loading is surprisingly long for menus and games, which doesn’t seem natural given the small nature of everything. If you don’t like Kid or what Kid’s story is, you’re immediately turned off because the soliloquy between games two and three is LONG. You have to be on the same wavelength as Hi-Bit Studios and be equally interested in playing little spurts of gaming while following the story, and I really just wanted more Kill Screen. I love games that go rogue and attack you, personally, and think there can and should be more of this.

It’s a fun preview for what the final product will look like, but the players need to be ready before they jump into 198X. You aren’t getting a full trip: this is a one way ticket, and it could be a while before the second half is ready. If you support the devs and support 80s styling in general, it’s a great price, but you are really only getting five half-baked games to frame a sad but familiar story.

Well meaning and with a lot of potential, 198X is just on the cusp of greatness, but needs to finish the story before expecting everyone to jump on board.