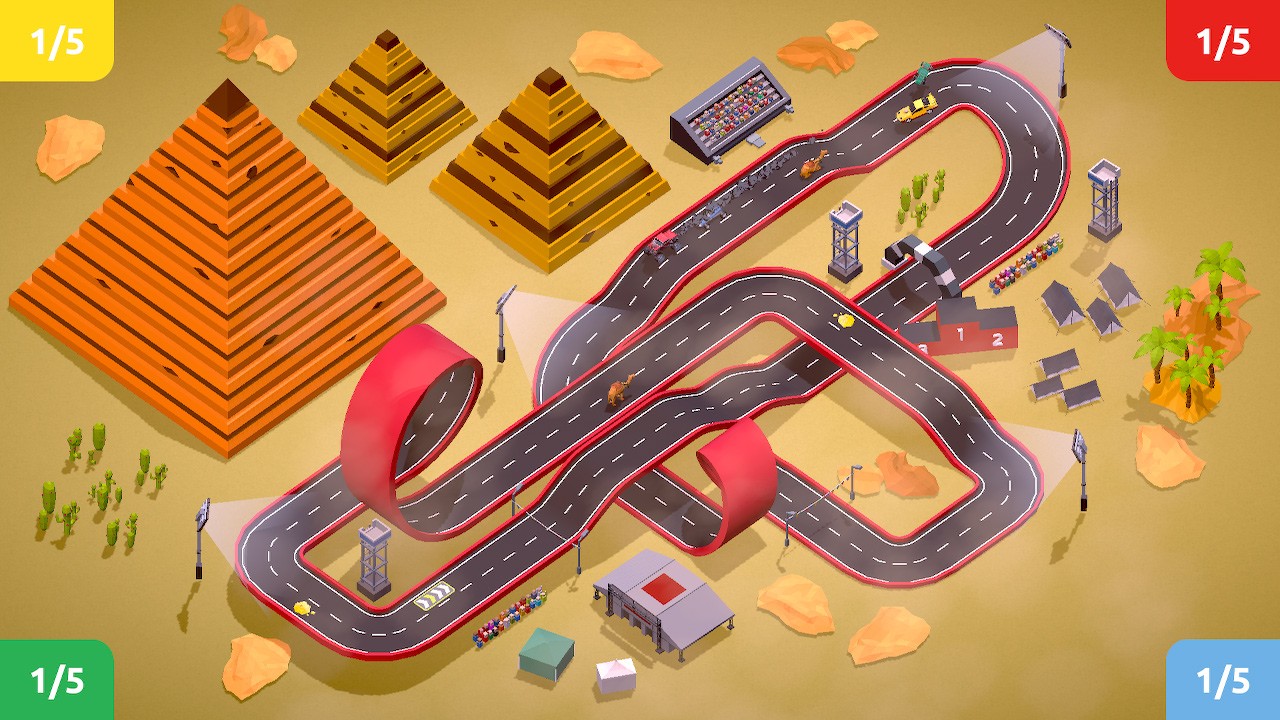 In my quest for a decent driving game, I stumbled upon Little Racer and thought I’d give it a try. It’s not a conventional first-person/third-person setup, rather an isometric static course with dinky little cars that resemble Micro Machines. So, it’s not in the same category as a Gran Turismo type game, but is it any good?

Once upon a time, I owned an Amiga 500. If you’re unfamiliar with it, YouTube is your friend. Of the very many titles I had for the system, there were a couple of corkers: the first being a game called Super Cars and the other called Super Skidmarks. As amusing as the latter title is, it’s an isometric driving game that resembles an older title named Ivan “Ironman” Stewart’s Super Off Road. All three games were a lot of fun, and Little Racer is very much like these titles, just without the fun, from my perspective.

The concept is simple: race around a track that often crosses over itself causing endless crashes and hilarity (sometimes some fallings out with friends). Little Racer adds this to the mix, but it was more of a hindrance with my relationship with the game than anyone in the room: the controls are frustrating! To move your car about you hold the ZL button to accelerate and the ZR button to jump lanes. Why do you need to change lanes? Obstacles. They’re everywhere and will throw a massive spanner in the works. Worst of all, these obstructions alternate while you’re doing a lap should anyone else crash into them (they will) so just as you get familiar with a track, they switch lane meaning you have to be alert. With the frequent hazards, including puddles and sometimes chickens – even yetis, I couldn’t get into it in single-player mode. 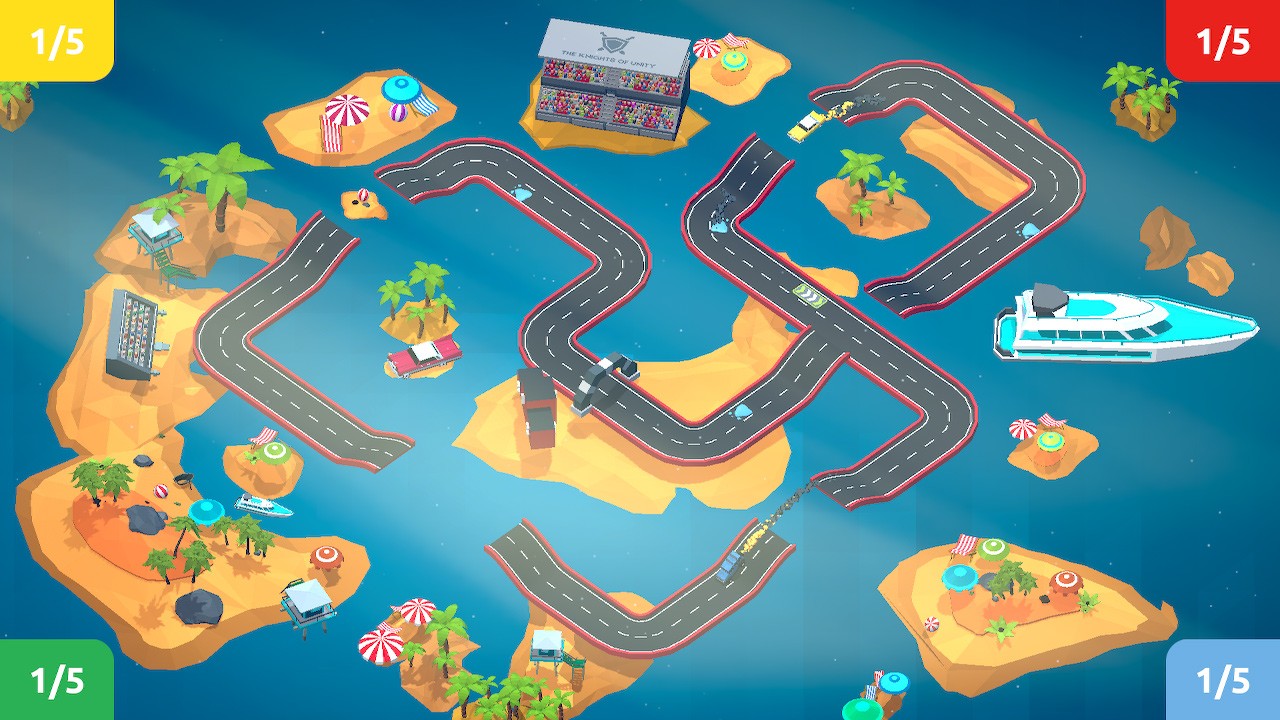 Another aspect I couldn’t get the hang of was the controls. They’re super simple, but the cars handle like a Scalextric – if you go full speed into a corner, your vehicle will flip off the track, having to be placed back, thus costing you time. Coupled with the regular crashes into moving objects, I played Little Racer intermittently as it was too frustrating for me to enjoy. To be honest, I probably spent more time off the track than on it, and that’s not what I’m looking for in a driving game.

At the start of the game, you only have one choice of vehicle. While I didn’t mind the graphics and the choice of colours throughout (it’s a very bright game but in a good way), some of the car models like the first model looked poor. It was like it was modelled on a tractor, only with a built-in nitro. As for the car physics, these were worse. If you hold down the accelerator for too long, the car will flip into space in slow motion while the other racers fly past. Hit a barrel that has been placed on the dedicated race track, and you’ll also flip the car. The same thing happens if you hit a chicken crossing the road. It’s no joke. I take pride in my patience levels, but I had to hand this over to my daughter to trial, who within a few minutes deemed it the worst Switch game she’s ever played. I won’t go as far as saying that, but I wasn’t impressed with Little Racer.

Little Racer works either as a single-player or multiplayer – both options have plenty to offer, if you can get around the actual gameplay. As I stated earlier, I didn’t enjoy the single-player so much, but there have been some titles of late that won me over with the multiplayer. Unfortunately, Little Racer doesn’t follow suit as whoever I played the game with got visibly frustrated when they went off the track or a pile of barrels generating before them once again. I totally get it as I was having the same experience. The potential is there as you can have four players go at it at the same time and if the controls were better, this could have been a winner, but it’s merely a virtual Scalextric, only with the latter, you don’t have random objects in front of you while darting around the track. 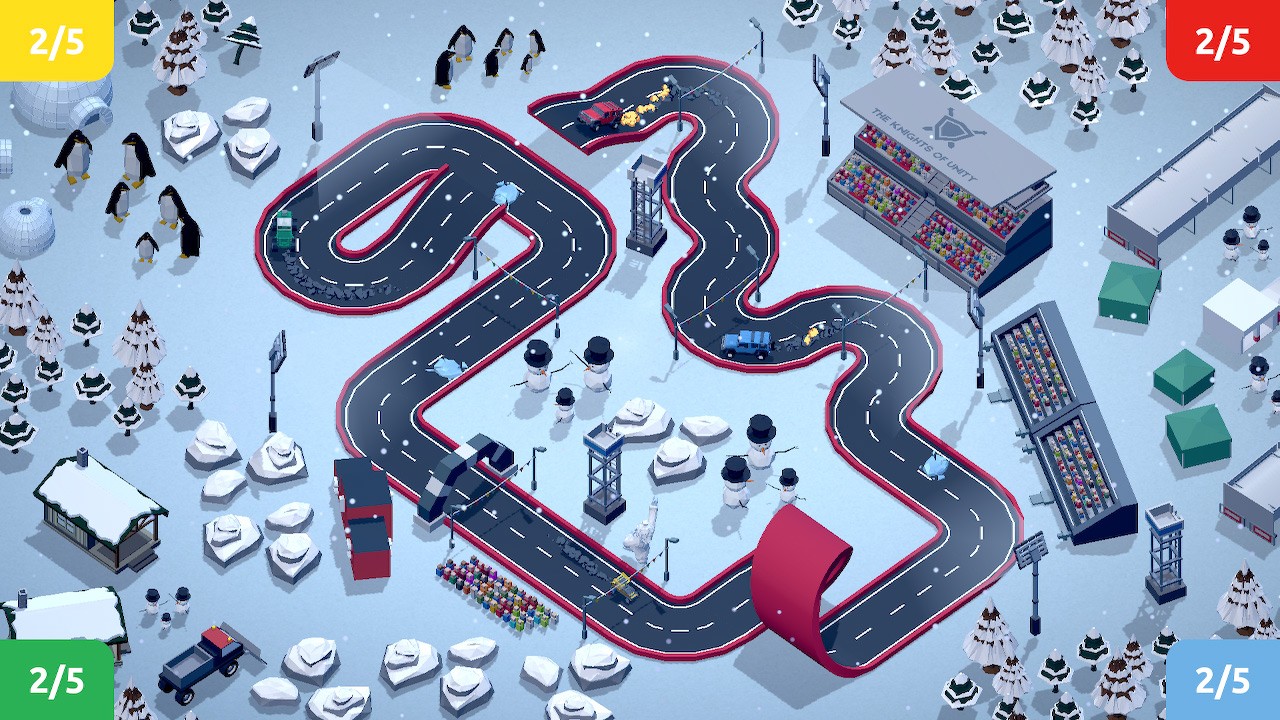 One of the very many options (there are challenges, galleries of your vehicles and more) is the track editor. Now, whenever I play a game that has this degree of customisation, I tend to get lost in the feature and experiment until my heart’s content. The editor in Little Racer is excellent, and you can create some decent tracks to trial and share with your friends, only, when it comes to putting your car on the grid, well… I lost interest as it’s just that frustrating to control.

For those of you who will play this regardless and enjoy it, you’ll be in luck as there are so many things to unlock, including achievements. As we all know, the Nintendo Switch doesn’t have this feature natively, so any trophies you’re awarded will depend on in-game options. With Little Racer, they’re pretty easy to achieve as you just need to play it through. Despite being vocal on my frustrations with the game, even I was able to unlock new tracks even though my podium finishes were mediocre at best.

I suppose what frustrated me most about this game wasn’t the controls, but the potential. If Little Racer played a little more like the games I enjoyed all those years ago, this could have been a winner. There’s nothing wrong with the presentation (other than the initial vehicles looking like tractors!) but the sound effects could be a lot better. Tracks are abundant from the outset and with the track editor, the options are endless. Unfortunately, the bottom line is the controls, while extremely basic, are too infuriating for this to be fun. Of course, this is entirely my opinion and experience as you may enjoy it, but for me, I’d rather get the Scalextric out of the loft and enjoy myself than shout at the TV.

Little Racer had the potential to be a fun little racer, but in reality, was a little too frustrating to play. Maybe stick to the Scalextric for now.