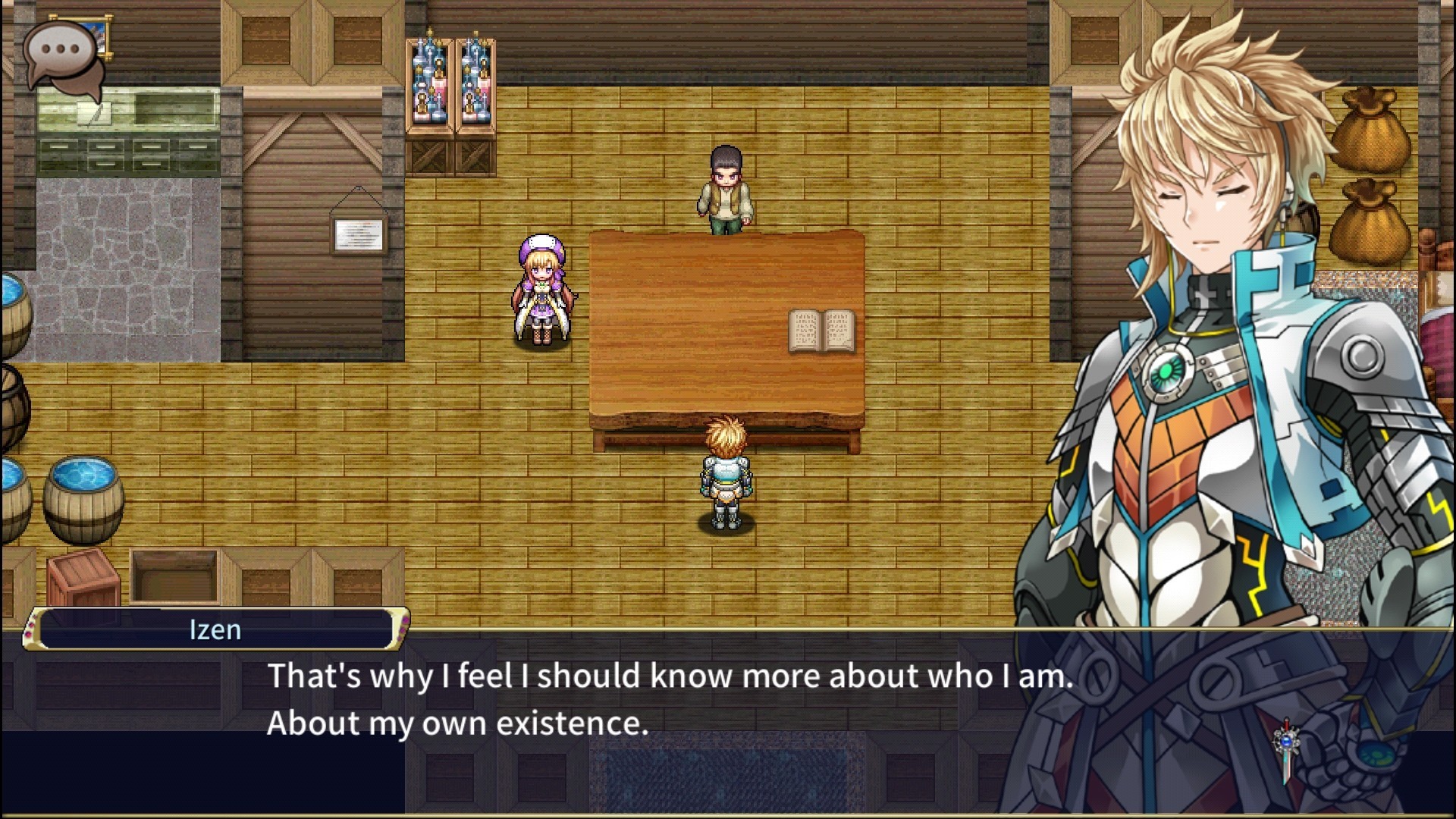 You only have to look at a few screenshots of Seek Hearts to know what to expect from a game of this particular genre. If you like 16 bit retro Japanese RPG’s then keep reading, as this will more than likely be right up your street if you haven’t yet set eyes on this one.

Seek Hearts is developed by Exe-Create and published by KEMCO. KEMCO were established before I was even born in 1984 and have published an gigantic range of titles across various platforms. Many of them are within this genre. In Seek Hearts you play as a character called Izen who has set out to discover his origins. Although this game looks like something you would play on a handheld device, don’t dismiss this game just based on the fact it’s a 16-bit title. 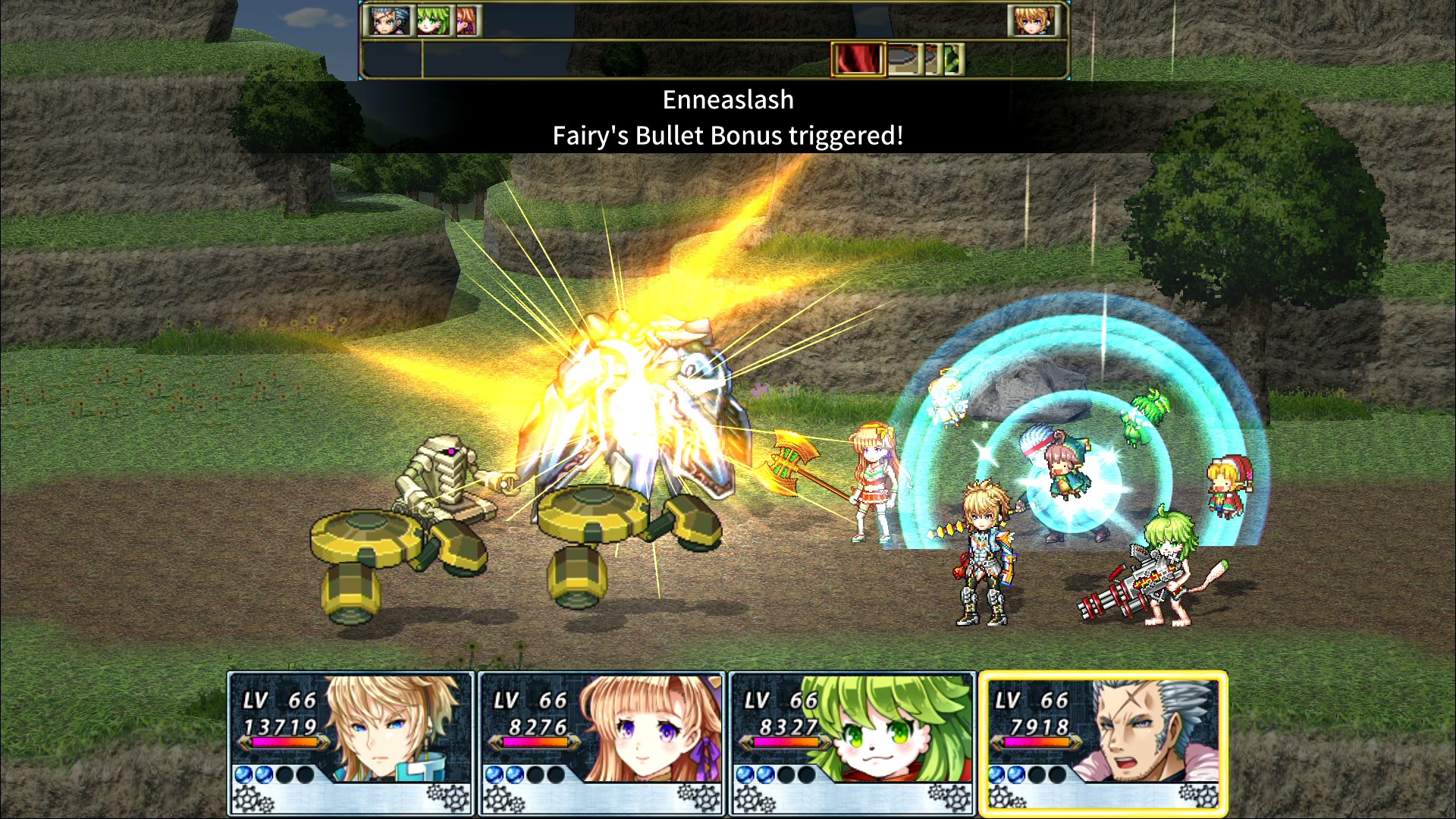 Seek Hearts plays as you would expect if you are familiar with this genre and if you have played JRPG’s before, you will know what is coming. During the game you will face a barrage of tasks, recruit team-mates and tackle enemies across a diverse vast world map. Having not played many KEMCO published titles, I will find this difficult to compare to other titles. There are various random battles you will encounter similar to the Pokemon games where it will throw you into battle randomly as you explore the world. Apparently the enemies appear to be cloned from previous KEMCO titles, but as this was a fresh experience to me this didn’t matter and I enjoyed what I was experiencing, so if you are new to the genre this probably won’t be a bugbear to you. To hardcore fans of KEMCO games this may be of annoyance. However, there is versatility in enemy types and combat and bosses were varied enough to keep me interested.

If you follow the dialogue from the start of the game, then it will suck you in if you are a fan of story based games. The game leads you in a clever way, as when you progress through the story you are constantly asking yourself why your character is different from the others and what the Great Fairies game is. These are only solved by progressing through the game and I won’t speak much more on the core story of the game as this must remain a mystery until you play it.

Graphically, the title does what it says on the tin, it’s a 16-bit experience which is pleasing on the eye with its use of palette of colours and its anime cut-scenes which match up with the dialogue. Anime fans will lap up the use of the art style of the characters and you will gradually warm to the characters within the game and associate them with this beautiful art. The sound effects and music does its job without anything particularly mind blowing in this department; it does what it needs to. 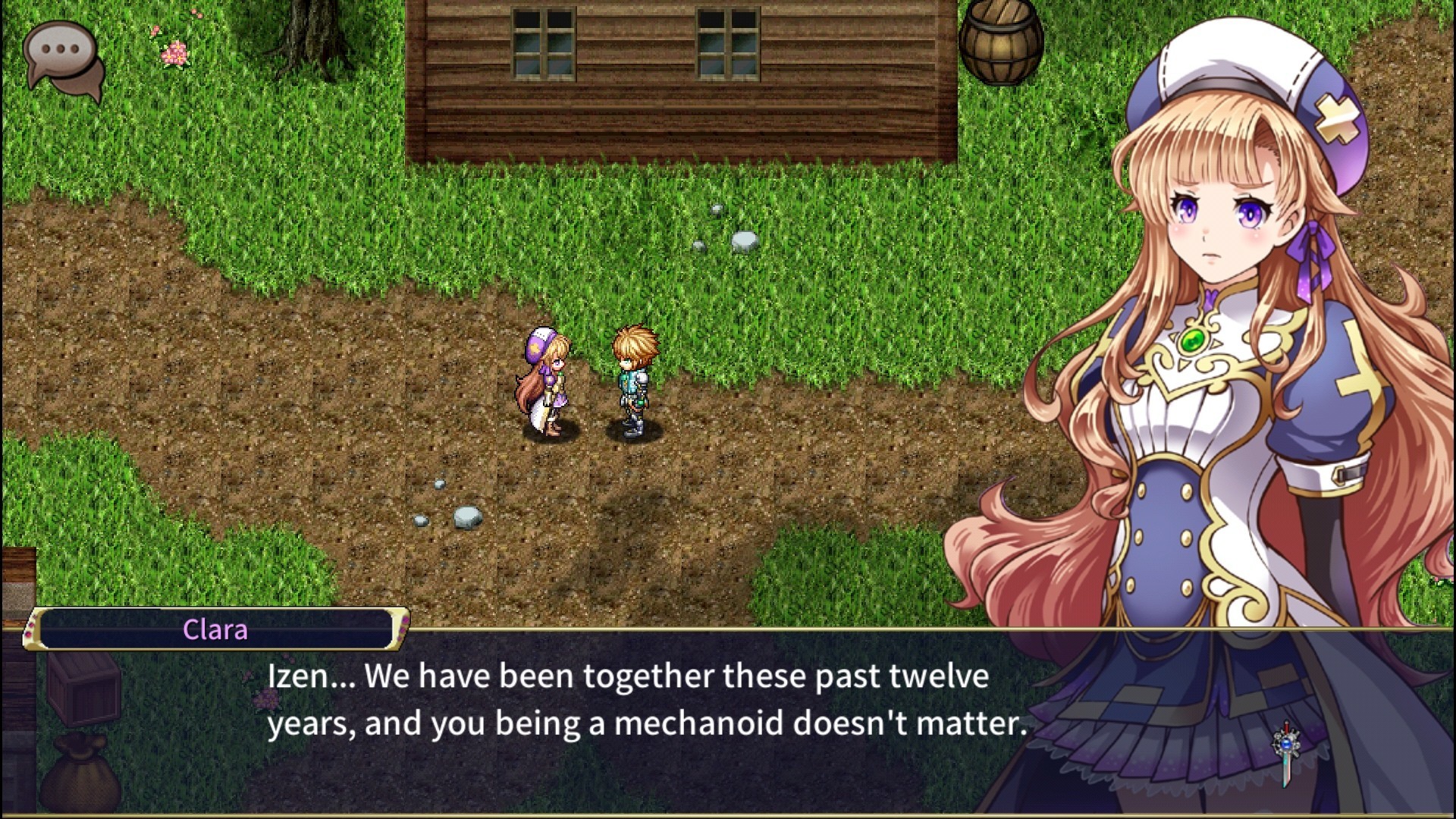 I personally enjoyed my time with Seek Hearts but there are some gripes and one of these was the control system. The controls and the way you move your character is very basic. There is no way to move diagonally across the world, such as in games like Stardew Valley. So it is sadly just up, down, left and right for your range of movement. This can make it difficult to navigate some areas of the world where you will find yourself bringing your character completely out of the area you are attempting to negotiate to try it again. I found the d-pad more use for this title than analogue controls although you can use either. This can be sometimes off-putting and tedious and I can’t help but think if the character could move diagonally it would improve the game massively.

I can’t really criticise much more of Seek Hearts other than the minor annoyance of the control system, some may cope or even enjoy such rigid movement, but it lessened my pleasure of the experience. But I have to say I was pleasantly surprised with this game. The story engrossed me and sadly I usually dismiss anything with 16-bit graphics as I have “been there, done that”. However there is still a market for this genre and gametype and hopefully KEMCO will keep bringing their titles to a UK and US audience for all to enjoy. If you are a fan of this genre and thrive on them, I would say it’s a must buy at a fantastic price point where you will get your money’s worth. If you’re intrigued and love story based modes and are not fussy with graphics, I would also say give it a go and you may to love it. If I had more time in my life I would go back for a second go, but there is easily 20-40+ hours in this, if not more, if you want to explore and grind everything there is to see.

Seek Hearts offers a strong story and hardcore and newcoming fans of JRPG’s will enjoy what this experience has to offer. With likeable characters in comparison to other KEMCO titles there is plenty of gameplay for the price you will pay for this title

Some elements of the game can be frustrating to tackle