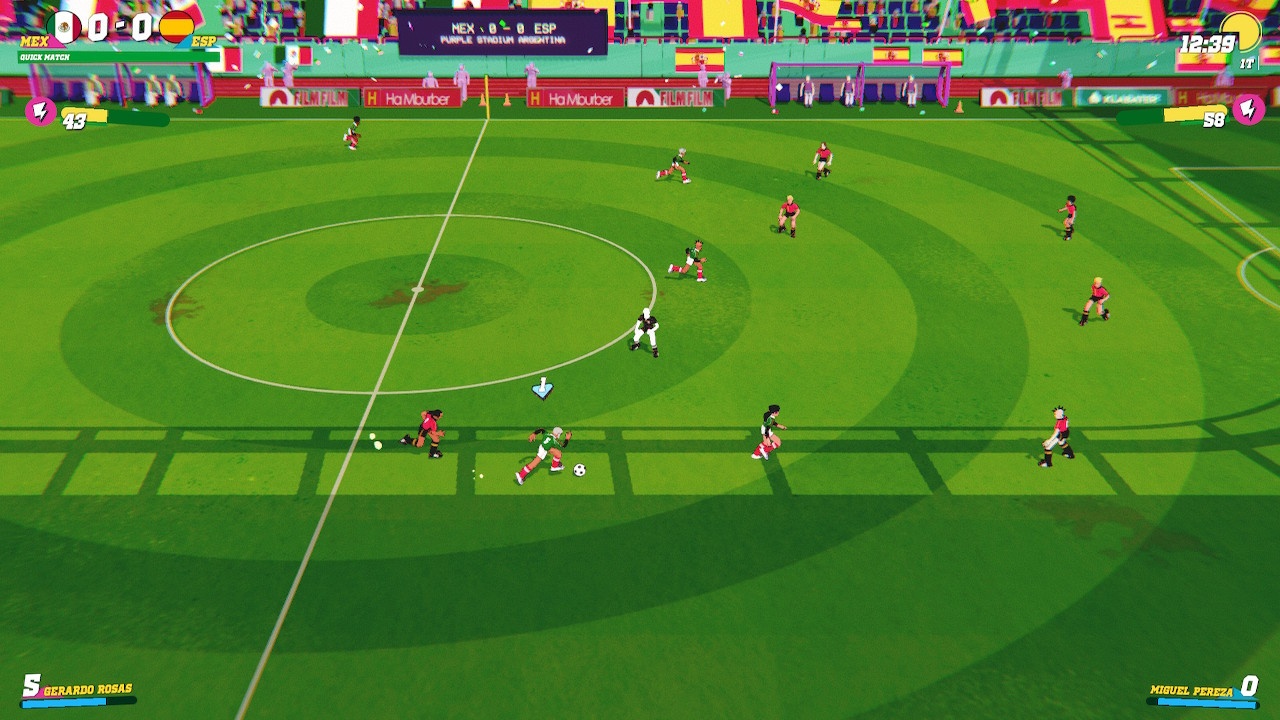 Football or Soccer, whatever you call it in your part of the world, is without a doubt the most popular sport on the globe. However, there is one title that dominates the genre, which is FIFA; with PES being its shadow due to licencing, which is a real shame as I love to play a range of football games which is why Golazo! caught my eye instantly. It takes some real guts to throw yourself into this genre as there is very little competition. I think of games like Italia 90 and Sensible Soccer as the retro football of my generation which I truly enjoyed in their prime.

Golazo! is developed by a small team from Argentina called Purple Tree Studios. Their team consists of Alfredo Hodes who is the Lead Developer, Ezequiel Heyn who is the Game Designer and finally Pablo Cerrutti who is the Art Director. I have to tip my hat to these chaps for having a very good stab at a football game in today’s generation. Developing and publishing games for indie studios I can imagine is a make or break world. Now when I mentioned Italia 90 and Sensible Soccer, it is clear to see that the team have taken some inspiration from football/soccer games of the 90’s and its pleasing and both welcoming to see. 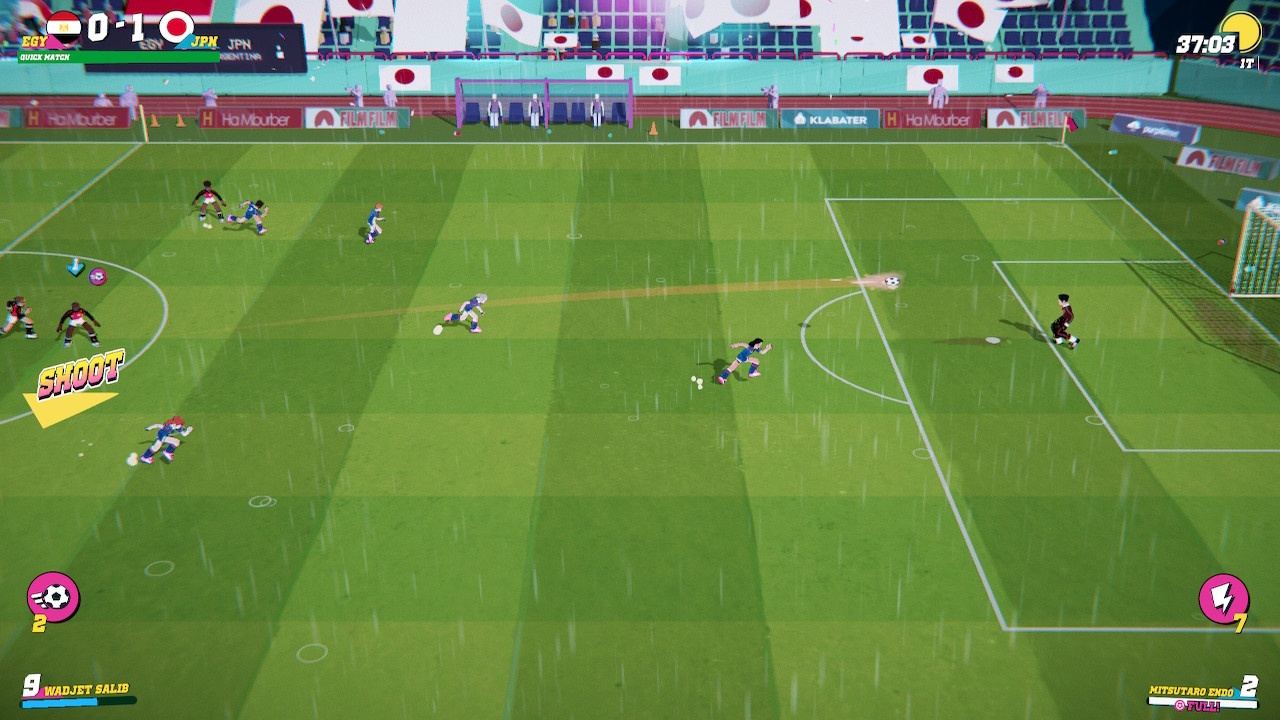 The game, when it starts, takes you through a very short tutorial of the controls to get you used to how the game plays. With some games, tutorials are such a chore but this one is very brief, so it is warranted. When you go into your first match you will notice that it has a very fast pace with no fouls and no offsides and only seven players on each team. Now this isn’t football/soccer in real life I hear you whisper in your head, but in this experience it doesn’t really matter. You need to focus your mind on the fact this is a fast paced pure arcade football/soccer game and not a reflection on the realism of the true game. The teams are all based on international squads and there are 52 of them in the game, so there are plenty to choose from. I especially loved the way the game used retro players and managers such as Diego Maradona and Ruud Gullit as reference and designed fantastic cartoon graphics for their likeness. The art design and vibrance of the menus is exceptional and it all stands out in the right areas.

The commentary is very humorous at moments as well which ties in well with the fast pace of the game. Which leads me onto the replay value of the game and which modes are in this game. There is sadly no online multiplayer in this game which would have been a godsend in keeping you coming back for more, as I found the game fun and exhilarating to play. Even though this is a real shame, the AI opponents are very intelligent and challenging and what I do like is it isn’t too easy as with some football/soccer games they tire very quickly as there is no real challenge and they feel the same each match. Golazo! does really well in the respect every match feels different and exciting. If you play with friends in the same room a lot and all love football/soccer this is definitely one to pick up and play as it supports up to four players locally for competitive games. Another perk to Golazo! is the ability to earn coins the more you play, which enables you to purchase cosmetic items such as extra kits to unlock for a wide range of teams. The last thing I wanted to mention was how fun I found it to put in crunching tackles and long range shots in the hope they would fly in. Aside from the lack of online multiplayer there are modes that you can play alone and they include international cup and league modes which can keep you going for hours. 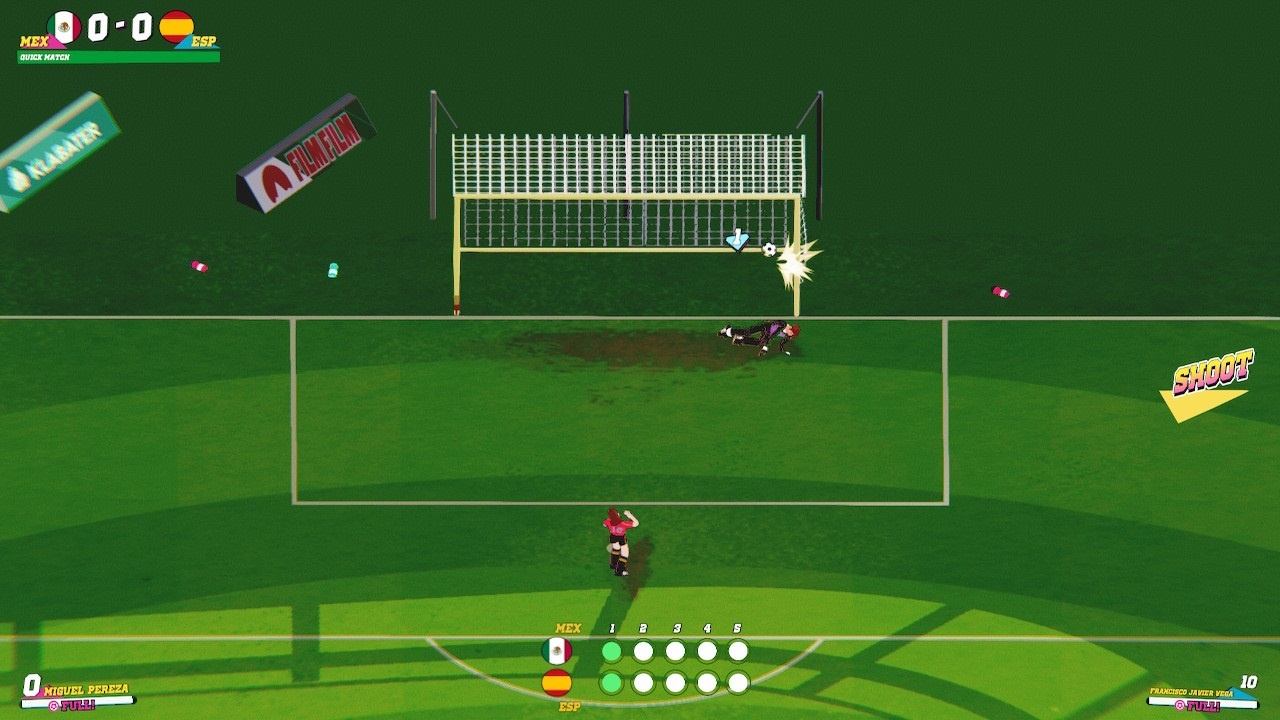 Would I recommend Golazo!? Absolutely I would and I have to say I was pleasantly surprised at how much I did enjoy this and this isn’t at any discredit to the developers, but I have seen so many games in this genre try and fail. If you love sports and fancy a title where you can have great fun or an all round competitive party game with your mates, then at a perfectly reasonable price point you should invest in this for sure. There are a few things I’d change if there was a second instalment of Golazo! though, such as online multiplayer features and maybe the top leagues from around the world or possibly a career mode. But for what Golazo! is and the price you pay, it’s a must have in the indie game collection!

Golazo! is a big salute to the 90’s era as it mirrors the enjoyment of games such as Sensible Soccer and Italia 90 back in their heyday. Club up with your friends before a night out for massive enjoyment factor or play alone and equally have great fun! There is no online multiplayer here but there is enough fun to warrant a purchase.

Massive amount of fun with friends

Commentary may be irritating to some